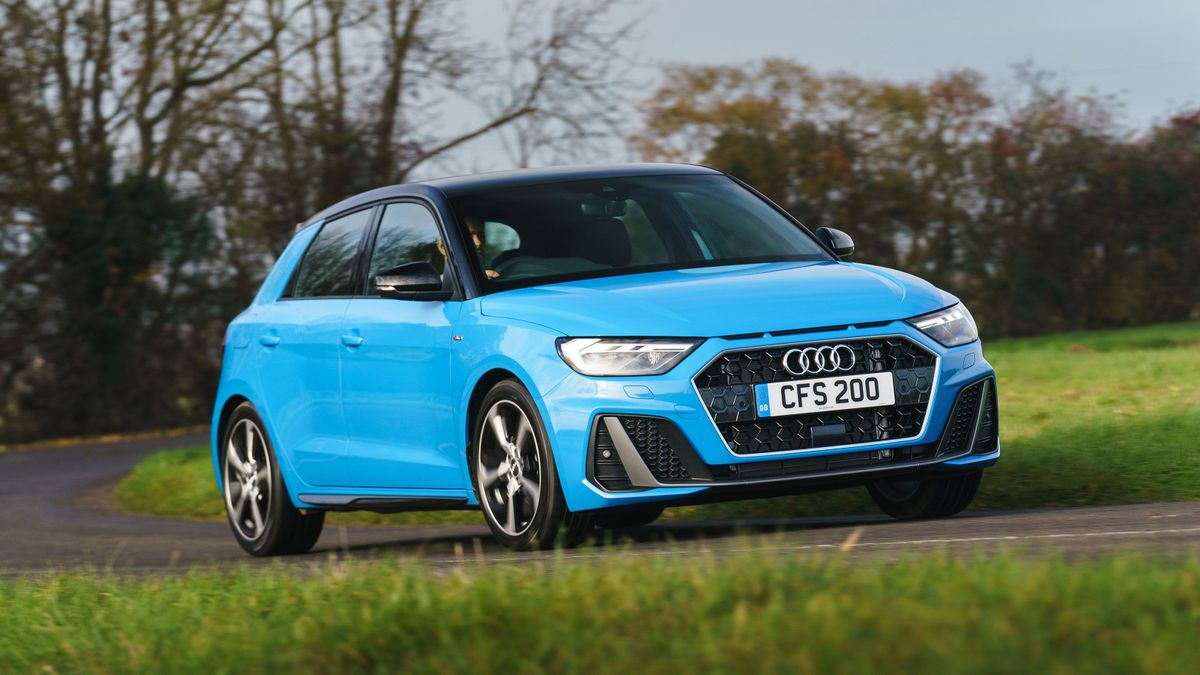 First published: 18th December 2018
Share on Facebook on Twitter
Audi is one of the world’s best-known and most popular premium car manufacturers, with a reputation for cutting-edge technology and outstanding build quality to justify a position alongside companies like Mercedes-Benz and BMW. It has a wide range of vehicles to suit different budgets and needs. In this article, we’ll explain the different types of Audis on sale, and give you the background to the company.
Audi history
The history of Audi is a bit complicated. The company as we know it today used to be called Auto Union, and was formed from four individual German car companies: Audi, Horch, DKW and Wanderer.

The logo of four interconnected rings symbolises these four companies, and was carried over from Auto Union when Audi was formed in 1969. This was when Auto Union was bought by Volkswagen, merged with another car company – NSU – and the Audi name was revived.

The name comes from the name of the Audi and Horch founder, August Horch. “Horch” is German for “listen”, and the Latin for listen is “audi”.

The company has a strong history of motorsport, dating back to the early days of Grand Prix racing in the 1930s. It’s also competed and won at the 24 Hours of Le Mans, and in the World Rally Championship.

Today, after strong growth in the 2000s, it sells millions of cars all over the world, and has factories in Germany, around Europe, in South America and in Asia. Let’s take a look at the cars it sells in the UK. 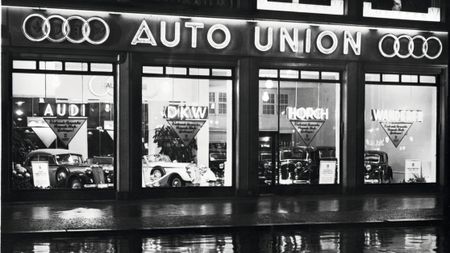 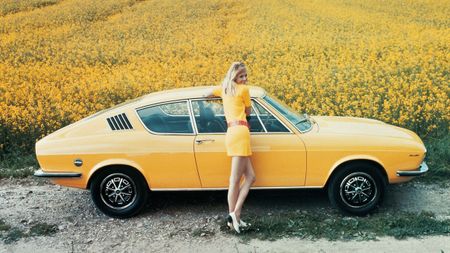 View gallery
Small cars
Audi doesn’t do tiny city cars, so the smallest car in its range currently is the A1, which is comparable in size to a Volkswagen Polo or a Mini Hatch. It’s only available in five-door form, and is thus formally known as the A1 Sportback. Audi has aimed to fill the A1 with plenty of premium features from more expensive Audis, such as a big infotainment screen and plenty of driver assistance technology.

If you’re after something a bit bigger, check out the A3 range. This car is similar in size to the Volkswagen Golf or Ford Focus, and comes in a range of versions to suit different needs. As well as the five-door hatchback, known as the A3 Sportback, it also comes as a saloon or a convertible, known as the Cabriolet. If you’re a performance fan, Audi does a sportier version of all three, called the S3, and an even more hardcore version of the Sportback and Saloon, called the RS3. 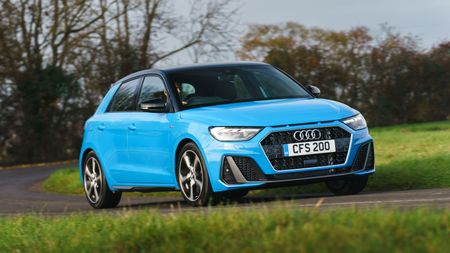 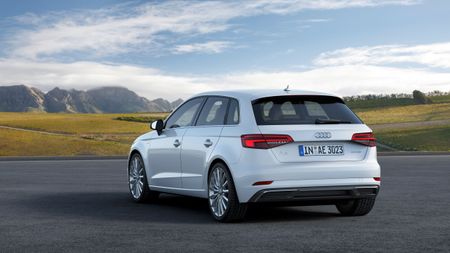 View gallery
Mid-size cars
For something larger, Audi has a couple of mid-size vehicles you might be interested in. The A4 is a rival to cars like the Mercedes C-Class and BMW 3 Series. It comes as both a saloon and an estate, called the A4 Avant, all of which are available with plenty of cutting-edge technology for safety, information and entertainment. Once again, both versions are available with more power in the form of the S4 Saloon and S4 Avant, and for even more grunt then the very fast RS4 Avant is aimed at those that want to mix practicality with very fast acceleration. For those that need a bit of extra ground clearance, the A4 Allroad Quattro is an A4 with jacked up suspension and some underbody protection. It’s not quite an SUV, but it’ll tackle moderate off-road terrain far better than the regular A4.

For something with a bit more swish, the A5 ramps up the style over practicality. Around the same size as the A4, it’s available as a two-door coupe called, imaginatively, the A5 Coupe. You can also get a five-door hatchback version called the A5 Sportback, and a convertible called the A5 Cabriolet. Once again, all three are available with extra power in S5 guise. The Coupe version is also available with yet more power and sporty bits, in the form of the RS5 Coupe.

If you want something bigger, check out the A6, which offers customers an alternative to rivals like the Mercedes E-Class or BMW 5 Series. It comes as either a Saloon or an A6 Avant estate, and once again there are sportier versions – the S6 Saloon and S6 Avant – and a monster estate, called the RS6 Avant. Like the A4, there’s a mild off-road version called the A6 Allroad Quattro. 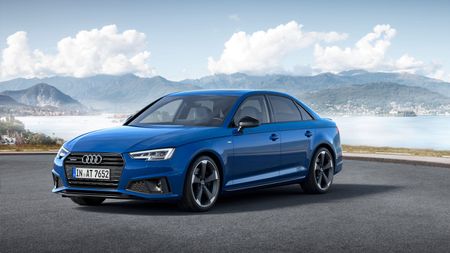 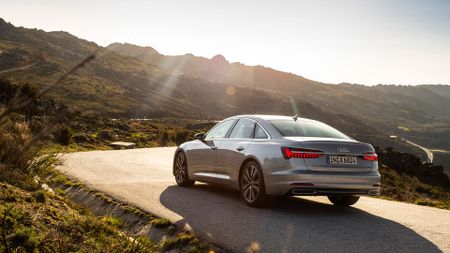 View gallery
Large cars
Audi has two large cars. Like the A4 and A5, they differ little in size, but one majors on style over practicality and space. The more rakish one is the A7 Sportback, which is a coupe-like five-door hatchback aimed squarely at the Mercedes CLS.

For a more luxurious, limousine-like vibe, check out the A8, which comes as a saloon in two sizes; regular, or the extended-wheelbase A8 L for extra space inside. This is one of Audi’s flagship cars, and comes available with all the latest technology the company can develop. 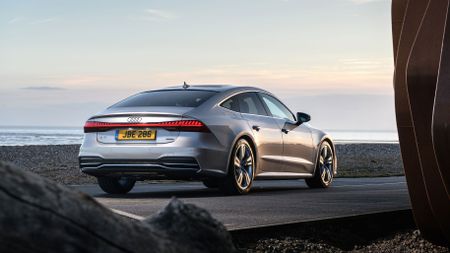 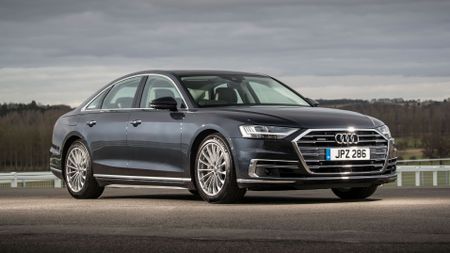 View gallery
SUVs
If you prefer a higher driving position, an SUV might be more your cup of tea, and Audi has several to choose from. The smallest is the Q2, which rivals cars like the BMW X1 and Volkswagen T-Roc.

It’s followed, logically enough, by the Q3, which compares in size to the likes of the Range Rover Evoque or Volkswagen Tiguan.

For something larger, the Q5 is an alternative to BMW’s X3 and the Mercedes GLC. It’s also available as a sportier, more powerful model called the SQ5.

Not big enough? Step forward, the Q7, which is a full-size, seven-seat SUV to take on cars like the Land Rover Discovery and Volvo XC90.

If you want something a bit more stylish, look at the Q8, which ups the style factor alongside rivals like the BMW X6 and Mercedes GLE Coupe. It loses the Q7’s third row of seats in favour of shorter length and a more sweeping, coupe-like roofline. 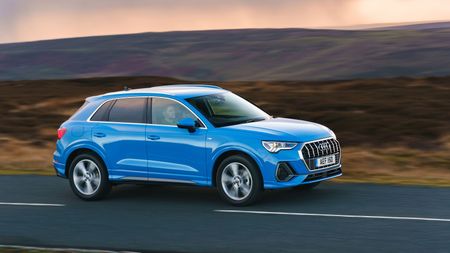 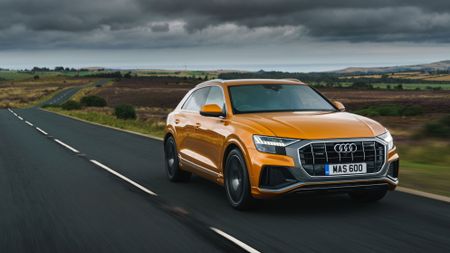 View gallery
Sports cars
Despite a long history of motorsport success, Audi only has two sports cars on sale at the moment, that aren’t enhanced versions of other, more sensible cars. The first of these is the TT, which comes either as a two-door coupe or as a convertible, called the TT Roadster. As with several other cars in the Audi range, it’s available in several levels, all of which are pretty nimble and nippy. But the TTS Coupe and Roadster have some extra zing to them, while the TT RS Coupe and Roadster are both very quick sports cars that should raise your eyebrows.

If, however, they’re still not quick enough, look towards the R8. This is a proper supercar that shares parts with Lamborghini, and it’s available as a coupe or a convertible, called the R8 Spyder. Mind-numbing speed and agility come as standard, but they don’t come cheap. 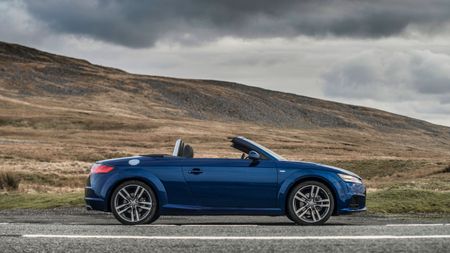 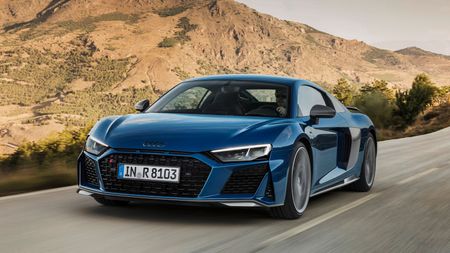 View gallery
Electric cars
Audi's first all-electric car, launched in January 2019, is the E-Tron, a premium SUV that's not dissimilar to the Q5. However, it runs entirely on battery power, and has some funky options including cameras in place of side mirrors. If an electric car suits your needs, this is worth a look. Expect Audi to add plenty more electric cars to its portfolio in the near future. 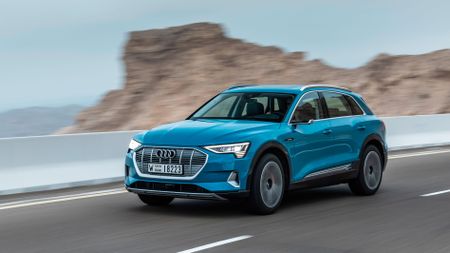 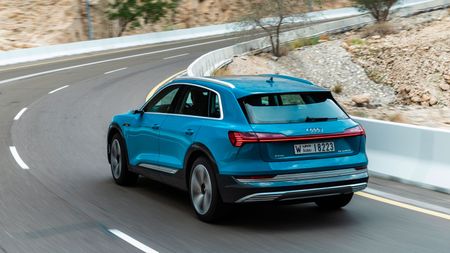 View gallery
Audi glossary
As with all car manufacturers, Audi isn’t averse to throwing a bit of jargon at you while you’re researching your next car. Let us clarify some of the terms for you.

Cylinder on demand: A system that temporarily deactivates some of the engine’s cylinders while driving, in order to save fuel. If the driver accelerates, they come back into play instantly.

DIS: Driver Information System, the name for the information displayed on screens in the instrument panel.

High-beam assistant: A system that uses sensors in front of the car to automatically switch between main and dipped beam headlights as necessary.

Magnetic ride: A type of suspension system that uses magnetic particles in oil to quickly adjust the stiffness of the dampers and adapt to different road surfaces.

S tronic: A type of automatic gearbox that uses two clutches for a faster and smoother shift.

Tiptronic: An automatic gearbox that lets you switch from automatic mode to manual mode, and shift gears using the gear lever or paddles mounted behind the steering wheel. 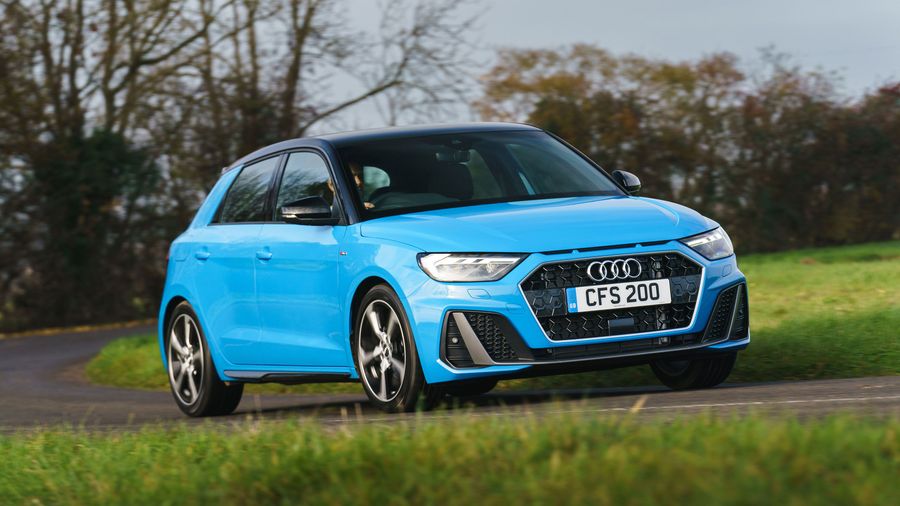