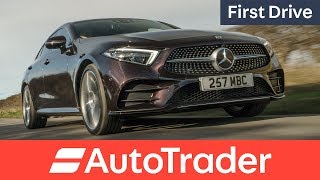 Want to drive a luxury saloon with an added dash of glamour? Then the Mercedes-Benz CLS could be for you. This four-door coupe offers dramatic looks and smart detailing on the outside, but inside you’ll find seating for five, not to mention all the trappings you’d hope for in a luxury car. It goes head-to-head with the BMW 6 Series Gran Turismo and Audi A7 Sportback.
Our verdict

Is the Mercedes-Benz CLS a good car?

Running costsSafetyFeaturesReliabilityInteriorPerformance
This is a luxury car, so you’ll need to expect to pay accordingly. But for the market it targets, the CLS looks like good value. The CLS 350d, which will likely be the biggest seller, is notably cheaper than the either the equivalent Audi A7 Sportback or the
BMW 6 Series GT.

Both of those cars have the edge over the Mercedes in terms of their service, maintenance and repair costs, but the CLS fights back with lower fuel costs. It also holds onto its value far better, and as a result, it’ll cost you far less than either of these two biggest rivals throughout your ownership.

With 11 new and 610 used Mercedes-Benz CLS cars available on Auto Trader, we have the largest range of cars for sale across the UK.