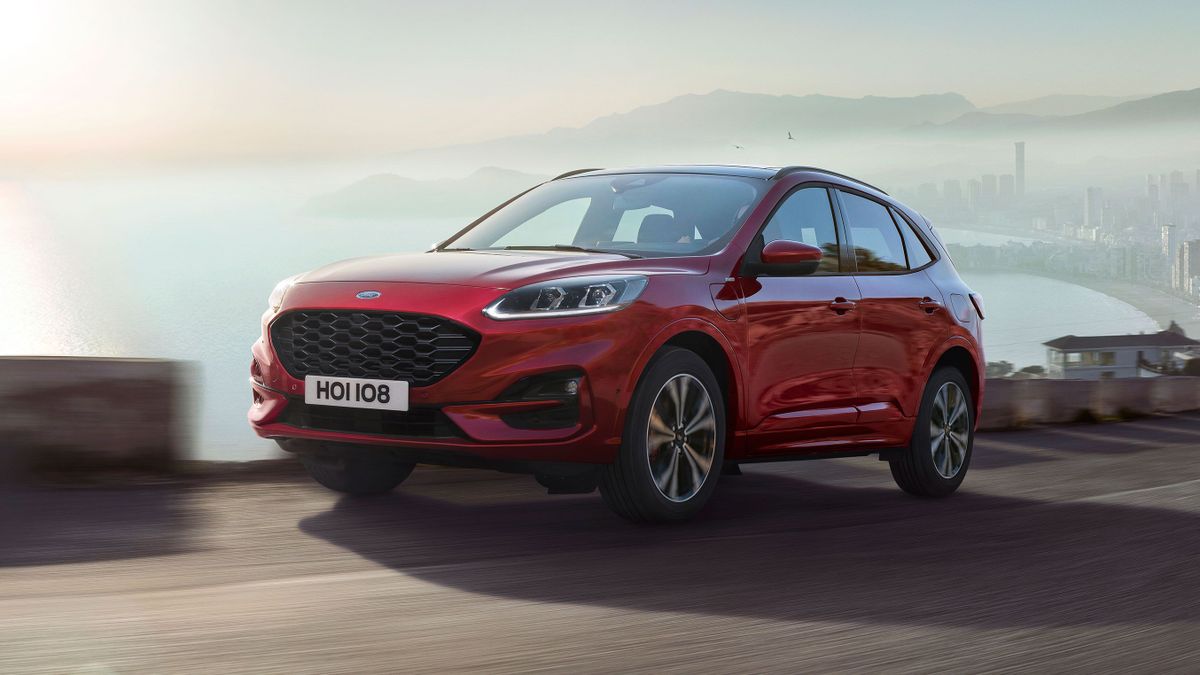 First published: 2nd April 2019
Share on Facebook on Twitter
Ford has pulled back the covers on an all-new version of the Kuga, its mid-size SUV. As well as sporting a new look, it comes with a range of petrol and diesel engines, and several hybrid options, which Ford hopes will help take the fight to rivals like the Skoda Karoq and Toyota’s RAV4.

The new Kuga is larger than the car it replaces, which Ford translates to more space inside for both front and rear passengers, as well as more boot space. Features include the FordPass Connect system, which includes a mobile Wi-Fi hotspot for up to ten devices, live traffic updates for the sat-nav and an accompanying app that lets users find where they parked their car, check fuel levels and, on automatic models, start the engine remotely. Apple CarPlay and Android Auto are included on the car’s infotainment system.

Other available features include a new 12.3-inch screen in front of the driver, in place of traditional analogue instruments, as well as a B&O sound system and a hands-free boot lid that can be opened by sweeping a foot under the bumper. 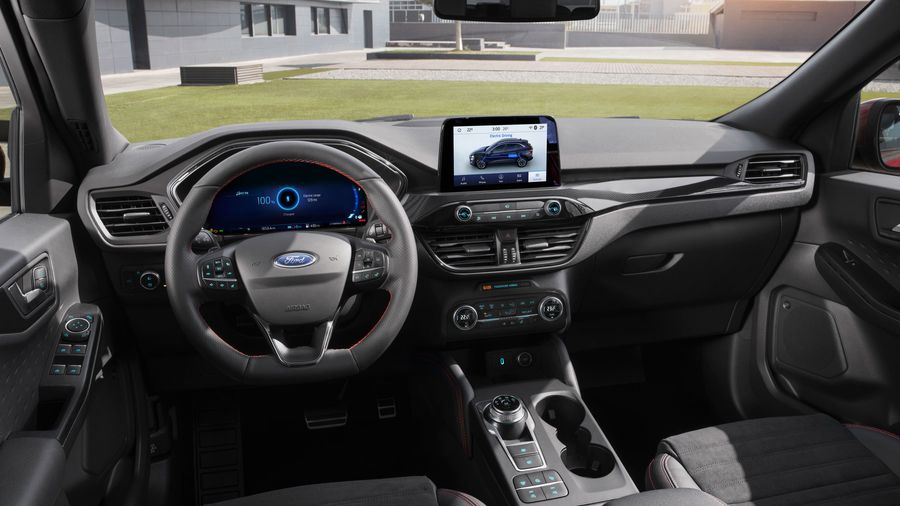 View gallery
Hybrid power
The Kuga will be the first car from Ford to offer three different types of hybrid systems to suit different requirements. From launch there will be a Kuga Plug-In Hybrid model, which combines a 2.5-litre petrol engine with a lithium-ion battery and an electric motor to produce 225 horsepower. It’ll have an electric-only driving range of 31 miles, and can be charged from a 230-volt electricity supply in around four hours.

A mild-hybrid system – labelled the Kuga EcoBlue Hybrid – will feature a 2.0-litre diesel engine with added electricity storage recouped from braking, thanks to a more sophisticated starter motor. The saved power can then be deployed to help acceleration. However, it doesn’t offer any electric-only driving.

The full hybrid system – badged as the Kuga Hybrid – mates a 2.5-litre petrol engine with a lithium ion battery and an electric motor, and will be available from 2020 with front or all-wheel drive, promising CO2 emissions from 130g/km and a fuel economy of 56mpg. This will allow you to drive in electric-only mode, but it can’t be plugged in to recharge the battery. 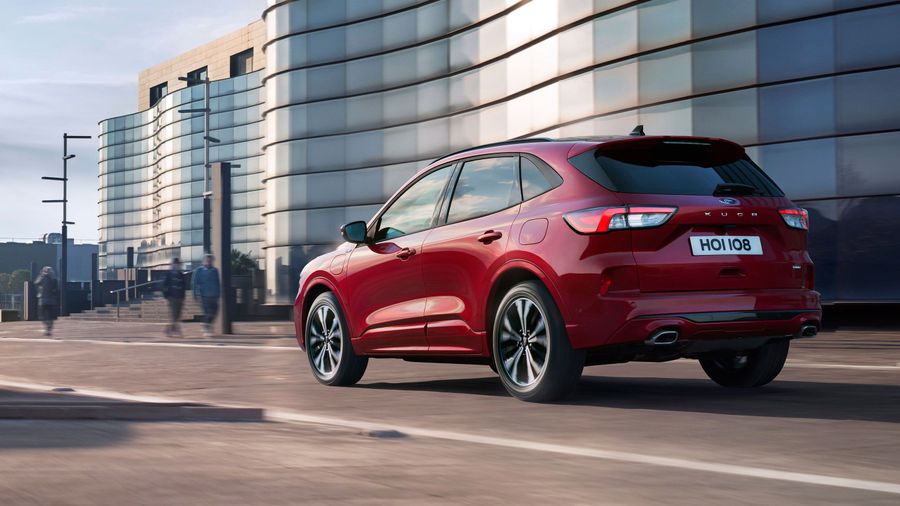 Ford says the Kuga will have plenty of the latest driver assistance systems, including adaptive cruise control, road sign recognition and technology that helps keep the car in the centre of a lane. A head-up display, which projects speed information onto the windscreen, will also be offered to help drivers keep their eyes on the road.

Trim levels announced at the launch event include Titanium, ST-line (more sporty) and Vignale (more premium), although full UK spec hasn’t been revealed. Expect that to happen closer to the on-sale date, which we expect to be towards the end of 2019. 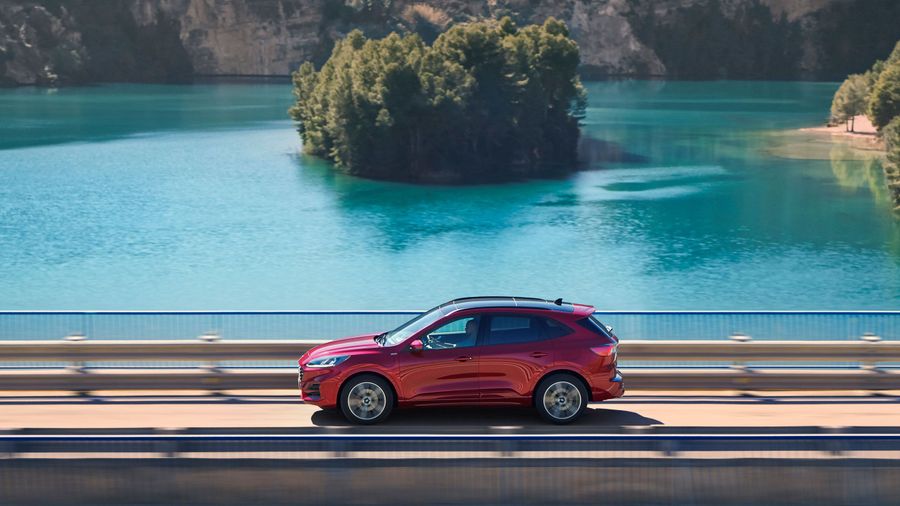 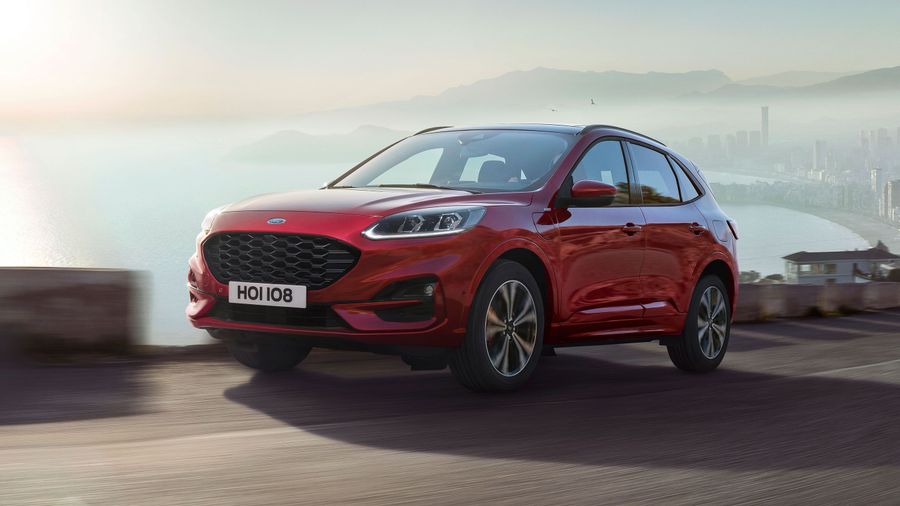