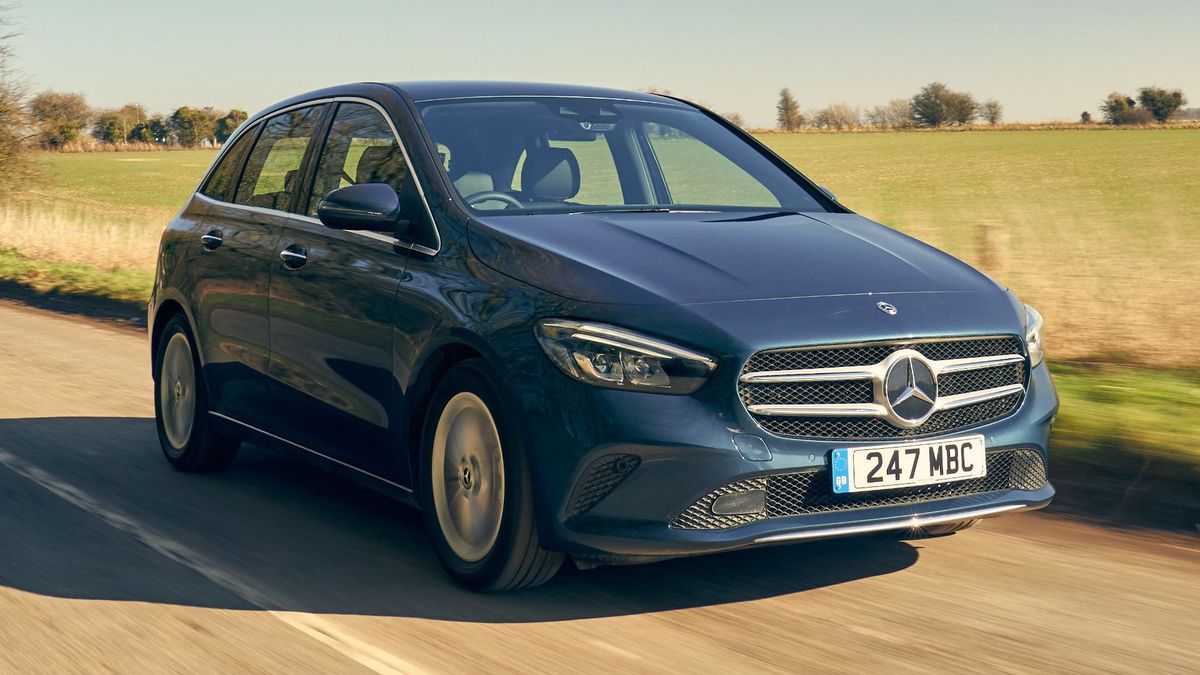 The B-Class is a small family car that builds on the A-Class hatchback by adding more space and practicality. In form it’s much closer to the classic MPV than more fashionable SUVs, but that should make it a practical option with plenty of space, yet one that also promises Mercedes’ customary quality and luxury.

Running costs for a Mercedes-Benz B Class 3/5 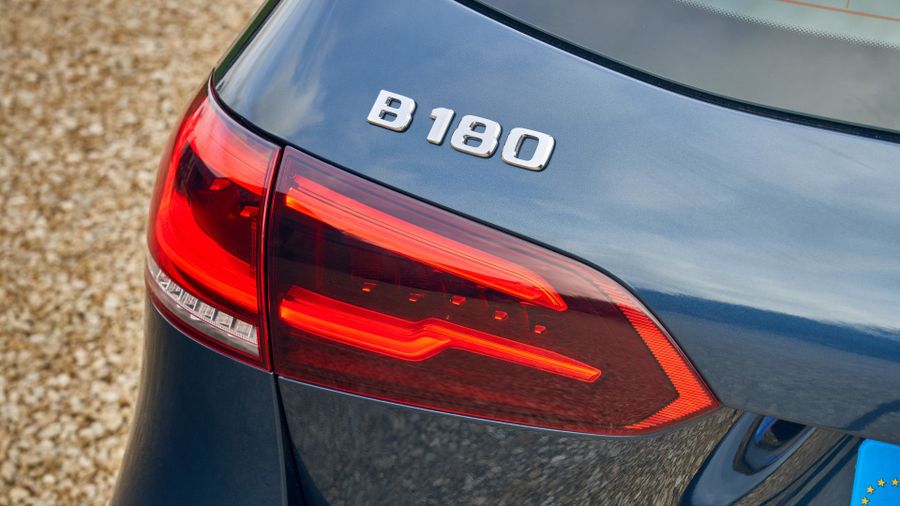 The B-Class sits between its two main rivals – those being the BMW 2 Series Active Tourer and Volkswagen Golf SV – on purchase price, and given its resale values better the Golf’s and are almost identical to the BMW’s, that makes it look like the most tempting of the three.

However, it’s worth bearing in mind that the B-Class is less efficient than the Golf, and while it beats the BMW in terms of fuel consumption, it falls behind both cars on CO2 emissions, so you might need to tighten your belt a bit if you want to run one as a company car.

Also worth bearing in mind is the fact that the Mercedes has the highest service, maintenance and repair costs of the three – so while it doesn’t look bad value to buy and sell on, you’ll have to use some of the pennies you’ve saved to maintain it well in the meantime.

Reliability of a Mercedes-Benz B Class 3/5 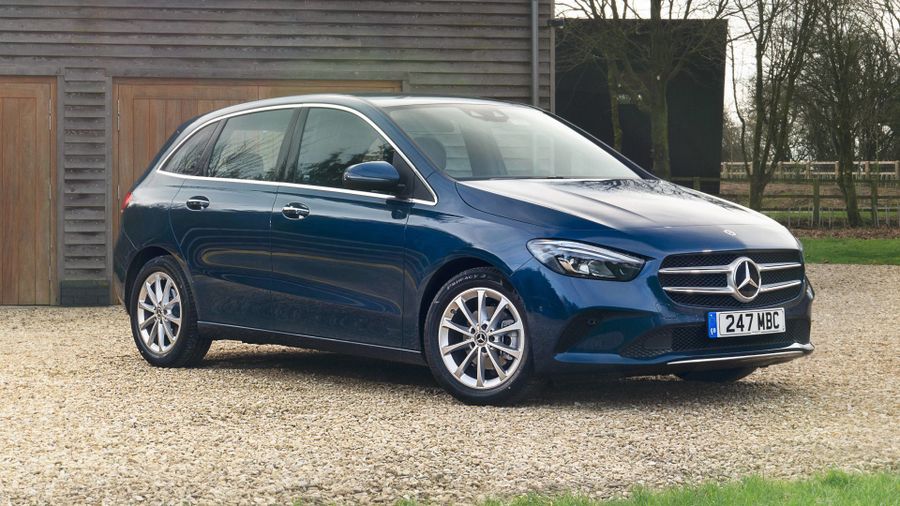 Mercedes doesn’t have a brilliant reputation for reliability, despite its premium status. Warranty Direct’s Reliability Index, which ranks the manufacturers according to post-warranty issues, puts Mercedes in the bottom half of the table, as does JD Power’s 2019 Vehicle Dependability Study, which looks at newer vehicles. Mercedes finished below Volkswagen in that survey, too, although the one upside is that BMW finished lower still.

Should anything go wrong with your B-Class, Mercedes offers a three-year, unlimited mileage warranty, which is the benchmark figure for this type of car.

Safety for a Mercedes-Benz B Class 5/5 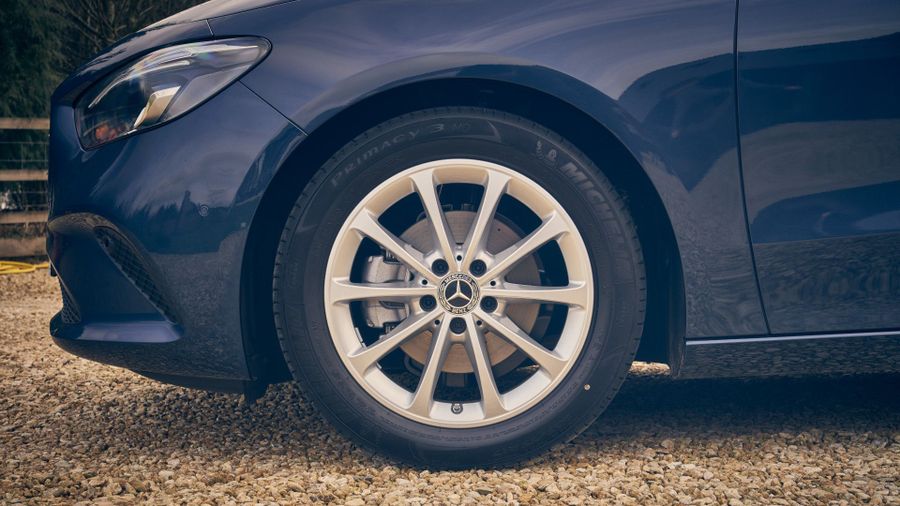 Active Brake Assist, an automatic emergency braking system that will intervene if you don’t react to an impending accident with another vehicle, pedestrian or cyclist, comes as standard. All cars also come with driver and passenger airbags, as well as a knee airbag for the driver and more airbags at the side and above the windows. Rear side airbags are available as an option. Two Isofix child seat mounting points are included on the outer rear seats.

Mercedes has a wealth of safety technology from its flagship S-Class available in the B-Class, although much of it is optional rather than standard. These systems include Active Steering Assist which helps you keep in your lane, a traffic sign recognition system and blind spot detection system that warns of cars in your blindspot.

How comfortable is the Mercedes-Benz B Class 4/5 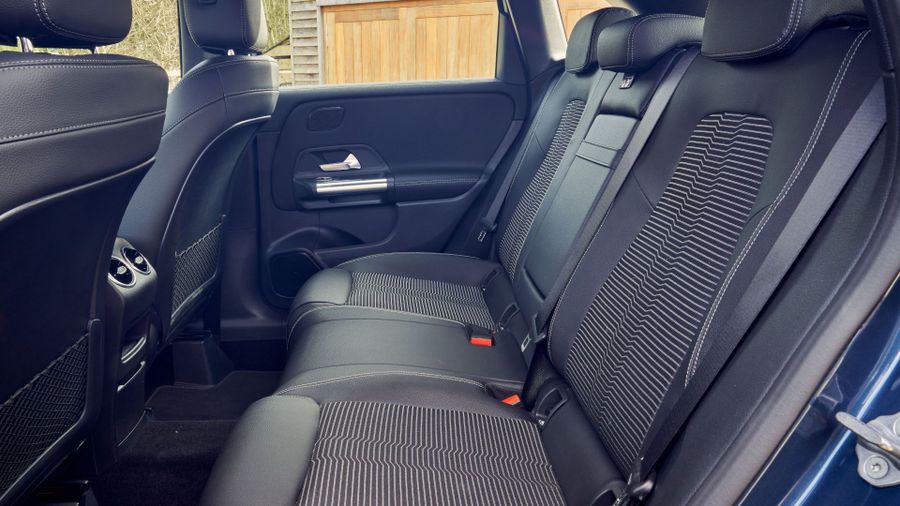 The B-Class is built on the same mechanical underpinnings as the latest A-Class, so it’s no surprise to find the interior is very similar to its hatchback cousin. It’s a stylish, classy environment with turbine-like vents and a widescreen digital display that houses both the infotainment features and the driving information, in place of traditional instruments.

The size of the screens will depend on which version of the B-Class you buy. All cars come as standard with the latest MBUX infotainment system, which includes an impressive voice control system. Simply say “Hey Mercedes” and you can control plenty of features without faffing around with buttons or the touchscreen. It’s one of the better systems on the market.

Build quality is largely good, but there are a few areas that feel a bit cheap, such as the stalks that operate the wipers and indicators on the left, and the gear selection on the right. The seats are positioned quite high, which apparently was the position favoured by customers of the previous B-Class.

Space is the B-Class’ strong suit, and a priority for the designers. There are plenty of cupholders, cubbies and door pockets dotted around the cabin to keep stuff in. The rear has plenty of room for three adults, although legroom will be slightly compromised for the person in the middle.

In terms of outright capacity, the boot is slightly smaller than that of the BMW 2 Series Active Tourer. But, like in the BMW, each of the three rear seats can move forward and back independently, which makes for a more flexible load space. And when you fold them down, you get slightly more overall volume than you do in the BMW. The height of the boot floor can be changed to make a flat surface if you need it, too.

So far, we’ve only had a chance to try the optional adaptive suspension, which can vary its stiffness according to the driving mode you select via a dial on the centre console. In Comfort mode it absorbs all but the harshest bumps, although we found that on undulating sections of road, the body of the car will rise and fall as if it were a boat on a choppy ocean. That could have the kids feeling a little bit ill.

Although there’s a definite focus on comfort and practicality, Mercedes describes the B-Class as a 'sports tourer', which suggests a certain level of involvement behind the wheel. But while there’s an initial, taut feeling when cornering, the car leans over more than you’d hope through the corners should you try to push on a bit. It certainly doesn’t disgrace itself, mind you, and while the steering isn’t particularly engaging, it is well weighted.

Features of the Mercedes-Benz B Class 5/5 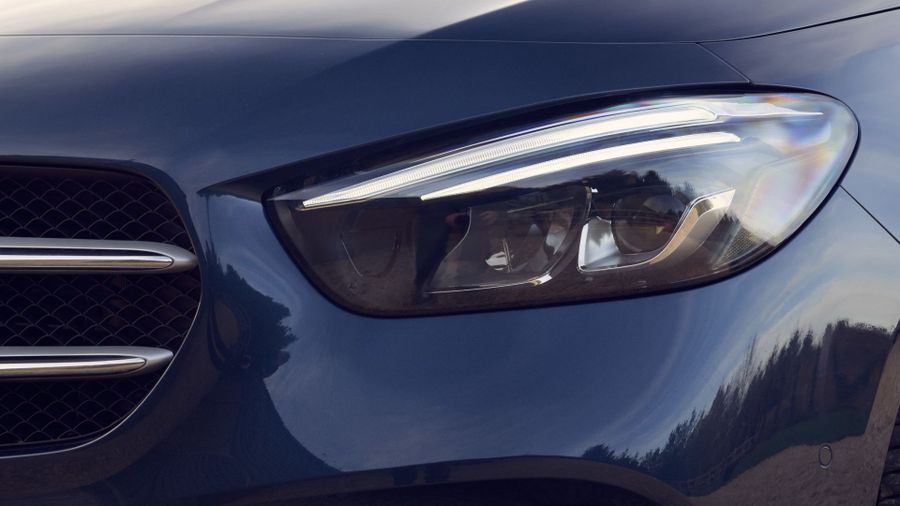 The entry-level B-Class is quite a bit more expensive than the cheapest Volkswagen Golf SV, but that’s for a reason: you get more equipment and a more powerful engine as standard, which means it like-for-like it in fact competes with a mid-range version of the Golf.

With that in mind, equipment levels are very respectable. The cheapest Sport version comes with heated front seats, LED headlamps, dual-zone climate control and keyless starting, which makes it quite well equipped. Upgrading to the Sport Executive adds a larger touchscreen, a reversing camera and smartphone mirroring, which makes it a worthwhile step up.

Next up is AMG Line Executive, with its sportier styling, wireless charging and larger alloy wheels. From there, you can upgrade to AMG Line Premium, which gets fancy ambient lighting, keyless entry, an upgraded sound system, and a clever augmented reality navigation system, or the pricey but luxurious AMG Line Premium Plus, which ads a panoramic glass roof, adaptive headlights and electric front seats.

Power for a Mercedes-Benz B Class 4/5 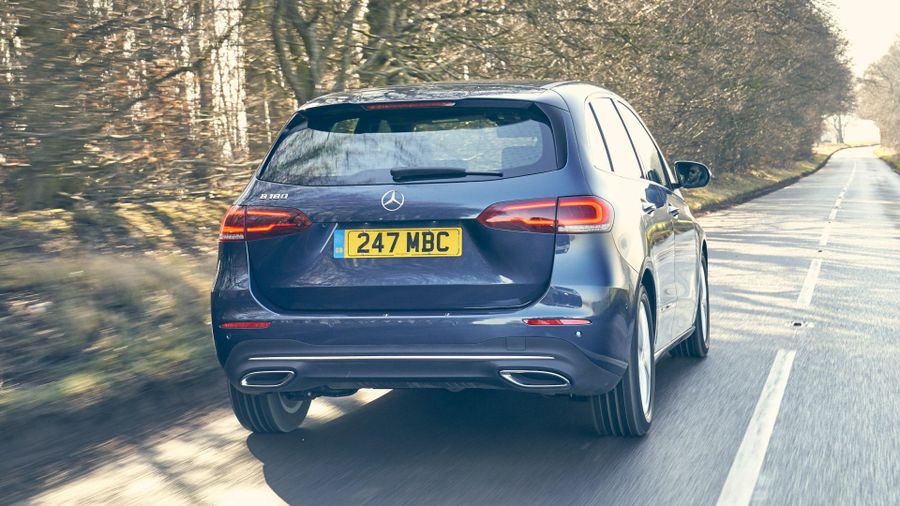 The B-Class comes with five engine choices at launch, although we expect more to follow. On the petrol side, the B180 comes with 1.3-litre turbocharged engine with 136 horsepower, while the B200 comes with 163 horsepower. We’ve tried the latter, and while it’s got punch higher up in the rev range, it can lack a bit of urgency lower down, and is a bit noisy. More impressive is the diesel engine, a 2.0-litre turbocharged unit with either 150 horsepower in the B200d, or 190 horsepower in the B220d. We’ve tried the former, and for the vast majority of people it’ll be plenty, with more grunt low down in the rev range than the petrol. There will also be the B180d, which comes with a 116-horsepower engine. All of the engines are attached to seven-speed automatic gearboxes, apart from the two more powerful diesels, which get eight speeds. We’ve found them to be quick and smooth based on our experience so far. 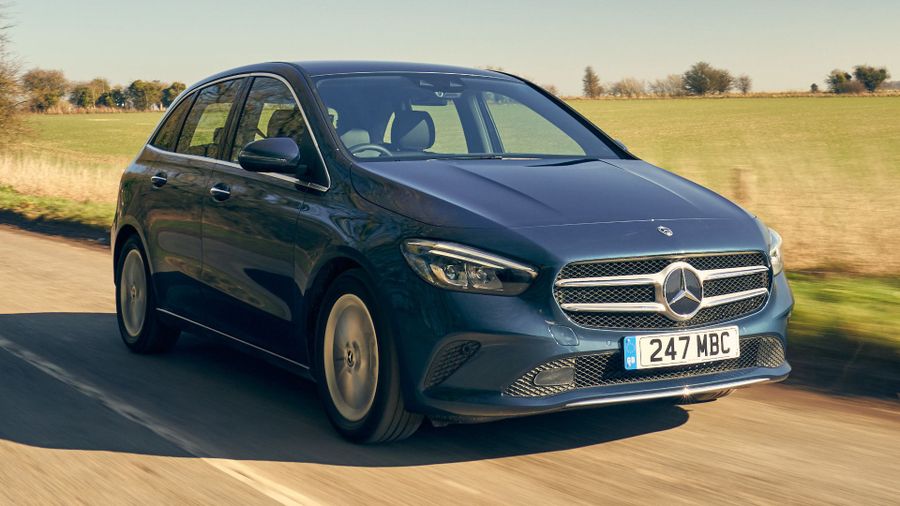