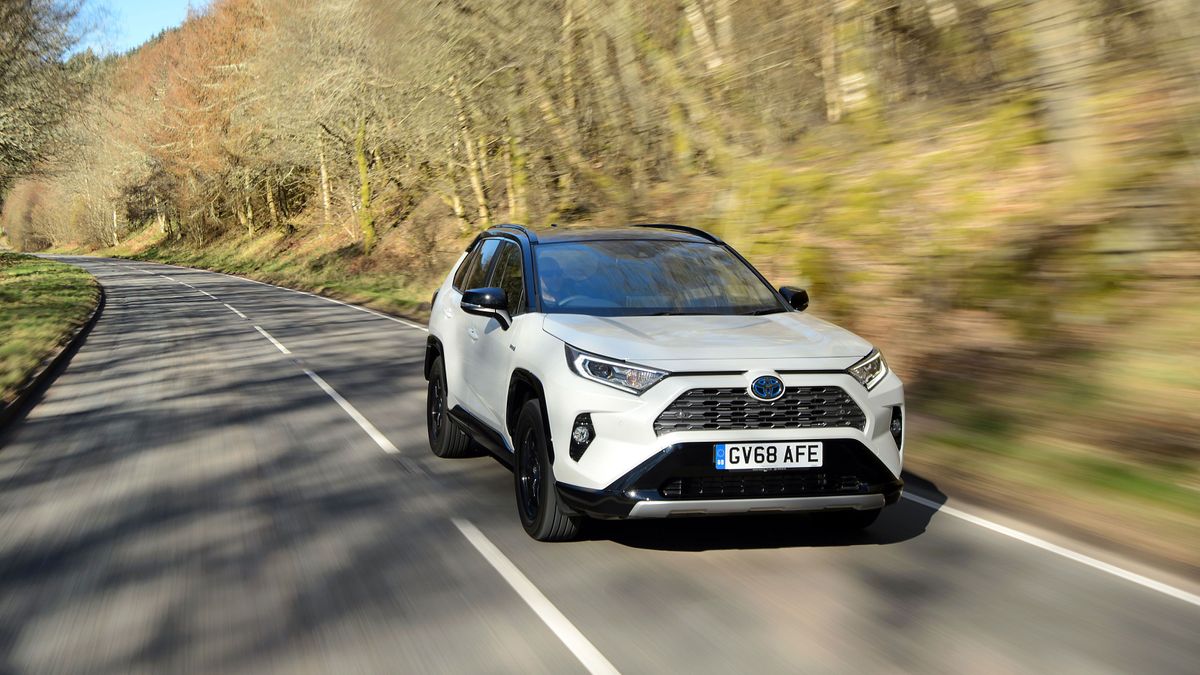 The RAV4 will appeal to many as a safe, reliable SUV with generous equipment levels, and plenty more will like the environmental credentials that its hybrid-only engine line-up provides.

Running costs for a Toyota RAV4 3/5 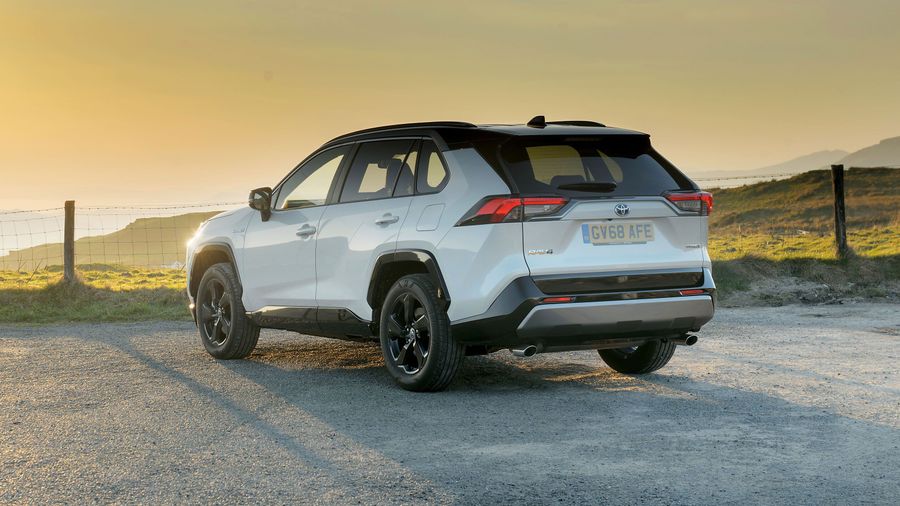 The Toyota RAV4 doesn’t have any immediate close rivals, save perhaps for the Honda CR-V hybrid, although that has less power than the Toyota. But as their prices are similar, we’ve compared the RAV4 two-wheel drive Design model with the CR-V SE hybrid. We also looked at another car RAV4 customers might be interested in: Skoda’s Kodiaq 2.0 TDI diesel SE Technology (five seat), which again has less power, but its more powerful diesel engine is only available in high-spec trims.

What we’ve found is that, according to industry estimates, the Skoda is cheaper to buy and will get better fuel economy, as well as costing less in depreciation, but it’ll cost slightly more than the Japanese cars to service, maintain and repair. The CR-V lags behind both in fuel economy and has relatively poor resale value, so despite cheap servicing and repair costs is likely to be more expensive than both its rivals. The Skoda will be slightly cheaper to run than the Toyota overall.

One major thing to consider concerns company car tax. Because the RAV4’s CO2 emissions are much lower than its rivals, it could cost business users much less in tax, which suddenly makes the Toyota much more attractive.

Reliability of a Toyota RAV4 4/5 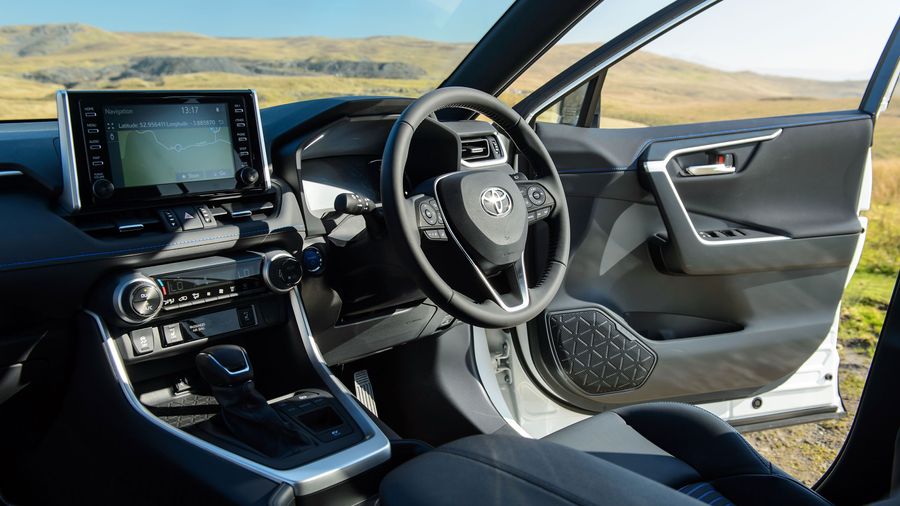 Although the newness of the latest RAV4 means it’s not possible gather meaningful, model-specific data on it, Toyota has, for many years, had an excellent reputation for reliability, and it’s often one of the main selling points for the brand. JD Power’s 2018 Vehicle Dependability Study put Toyota in ninth place of the main manufacturers. However, that score dipped dramatically in the 2019 study, and Toyota plunged down the rankings with a lower-than-average score for the industry. Hopefully, that will just prove to be a blip. Should anything go wrong with your RAV4, Toyota offers an impressive five-year, 100,000-mile warranty. 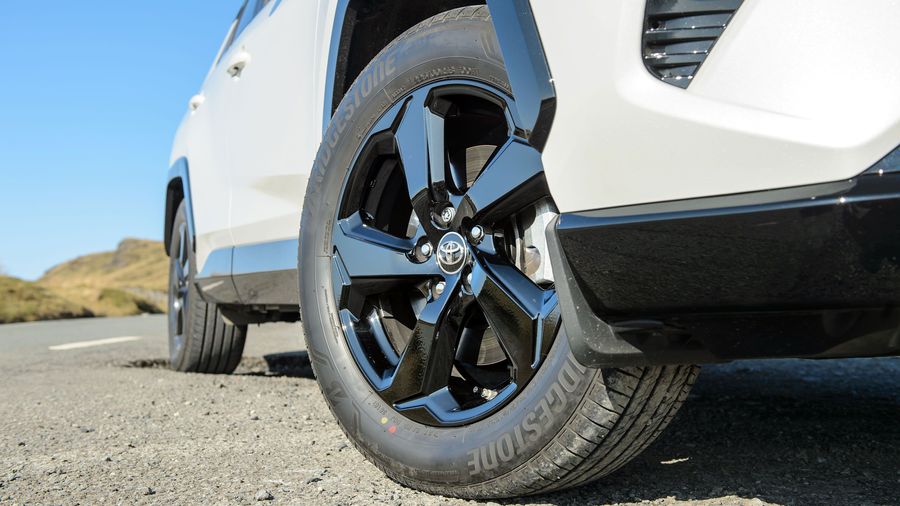 All models of the new RAV4 include an impressive array of safety kit, packaged together under the name of Toyota Safety Sense. This includes automatic emergency braking that can detect pedestrians and cyclists (during the day), as well as lane departure alert, which helps keep the car from inadvertently drifting out of its lane. A blind spot warning system and a rear cross traffic alert system is included on the Excel and Dynamic models.

There are Isofix child seat mounting points on the two outer rear seats, as well as front, side and curtain airbags, and a knee airbag for the driver. The RAV4 scored the maximum five stars when crash tested by safety organisation Euro NCAP.

How comfortable is the Toyota RAV4 3/5 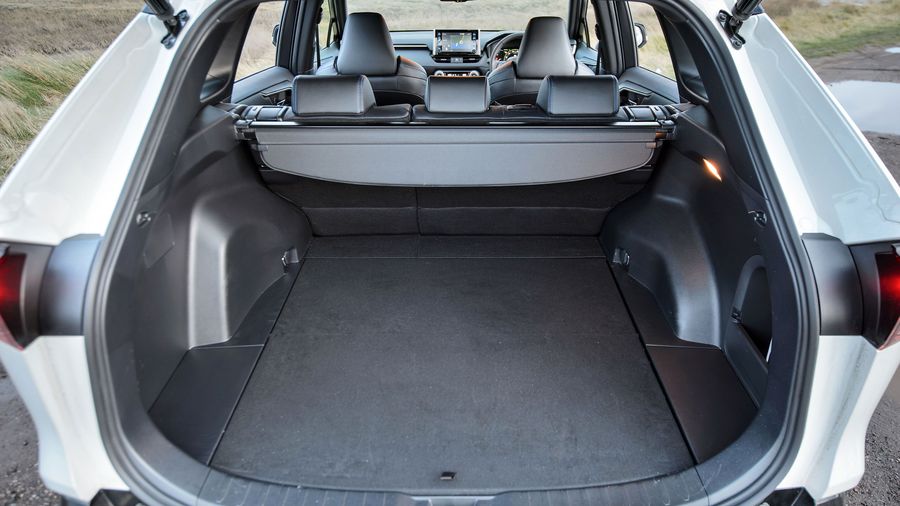 The RAV4’s cabin looks suitably modern, with all models getting an 8.0-inch touchscreen and a 7.0-inch driver’s display screen. However, the Toyota infotainment system looks dated and is clunky to use. We found the satellite navigation hard to read and prone to taking some unusual route choices as well.

Build quality is very good, with everything feeling well screwed together, but some of the materials used feel rather cheap. It’s certainly nowhere near the feeling of quality in something from Volkswagen. The seats are comfortable with plenty of adjustment for the driver, although taller front passengers may wish their seat went lower. The rear seats will recline for extra comfort in the back.

There’s lots of room for five occupants, with plenty of head and legroom for three in the back. There are two cupholders between the front seats, generous door pockets, a small shelf in front of the passenger, and a cubby hole in front of the gearstick. There’s also a decent-sized storage box under the centre armrest.

The boot size has been increased by almost 80 litres compared to the previous-generation RAV4, and at 580 litres is around the same size as the Honda CR-V. It’s bigger than the Hyundai Tucson, but far below the massive amount of space you’ll get in the five-seat version of the Skoda Kodiaq. Fold the rear seats down in the RAV4 and you’ll have 1,690 litres of space. It’s certainly not small, but neither is it particularly remarkable for this type of car.

The RAV4 has a surprisingly jittery ride that doesn't compare particularly well to other cars in this class. While we didn't find it too bad on our initial drive of the car, on smooth roads in Europe, on UK roads it's much more patchy and unsettled, which is a shame.

There’s a Sport button next to the gear stick, but don’t be fooled. It’s not a car that encourages you to drive in a particularly spirited fashion, with steering that feels rather woolly and vague, and soft suspension that rolls if you turn in to a corner with any serious enthusiasm, and dips its nose when you hit the brakes. There’s also quite a lot of wind and road noise at motorway speeds, which means the experience isn’t as quiet as you might expect.

Overall, it's not as enjoyable to drive as the Mazda CX-5, and lacks the feeling of solid capability that you get in Skoda’s Kodiaq.

Features of the Toyota RAV4 4/5 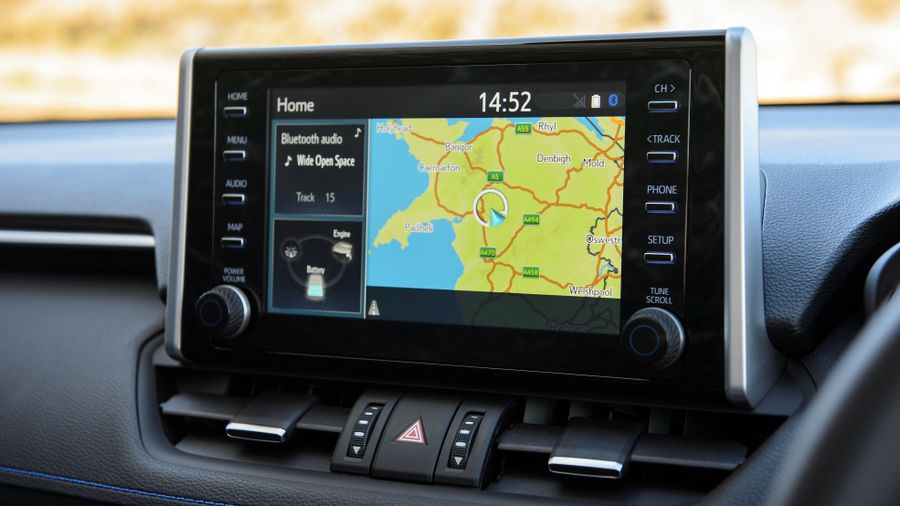 On the outside, the entry-level Icon model comes with 17-inch wheels, while the Design model ups that to 18-inches and adds front parking sensors. The Excel has fancier headlights and headlight cleaners, while the top-of-the range Dynamic features black 18-inch wheels and two-tone metallic paint.

Even the entry-level Icon model gets plenty of standard equipment, including push-button start, adaptive cruise control, automatic wipers and headlights and DAB radio.

The top-of-the-range Dynamic comes with heated sports seats. Both the Excel and Dynamic models are available with optional JBL sound system and a panoramic roof.

Disappointingly, there’s no Apple CarPlay or Android Auto available anywhere in the range, which is highly unusual these days. 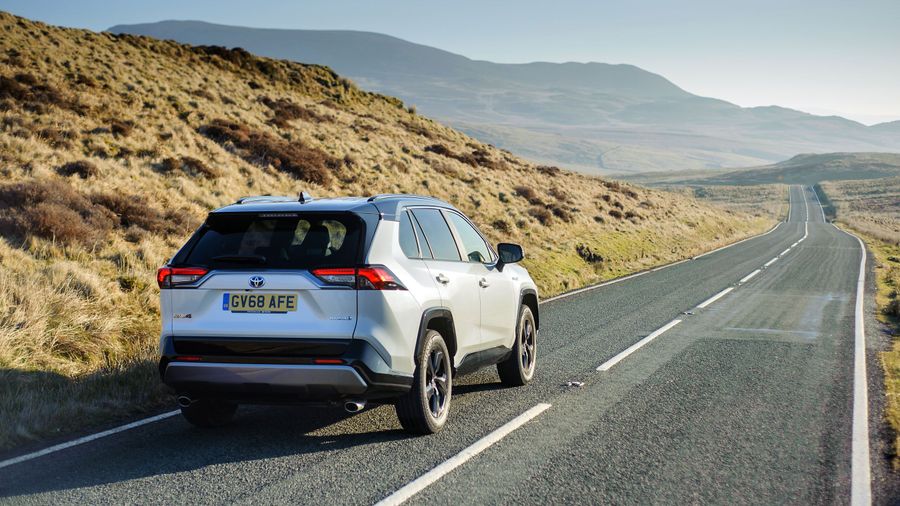 There’s no diesel option, which is usually the default choice for larger cars. Diesel engines have inherently more low-down grunt, which the RAV4’s electric motor tries to make up for, but you’ll still hear the petrol engine howl if you try to make any sort of quick progress, as it flies high in the rev range, straining for more power. The automatic gearbox – technically a continuously variable transmission, or CVT – works well enough, but by its nature sends the revs high in the search for grunt, and it’s rather noisy, although the actual result is punchy enough for decent progress.

The all-wheel drive model features a second electric motor to power the rear wheels, and will allow for limited off-road driving. Don’t expect Land Cruiser levels of rock clambering, but muddy tracks and fields should be fine. 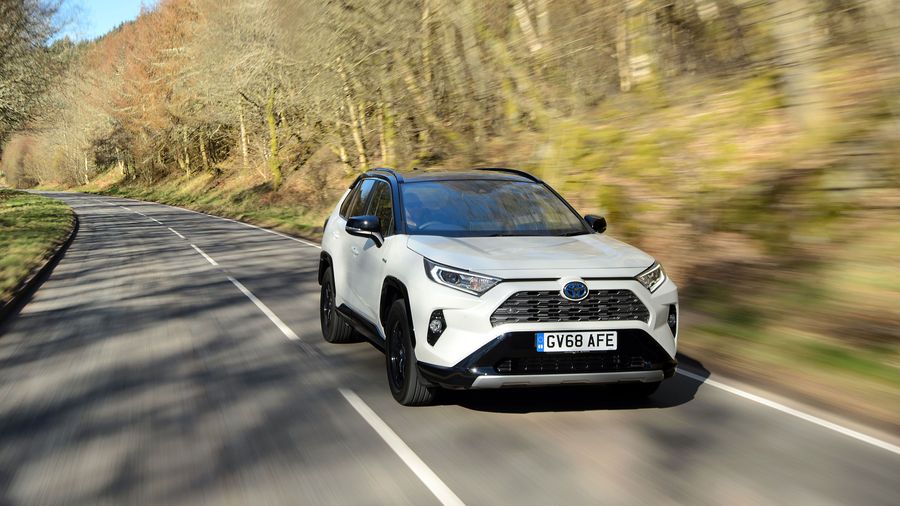