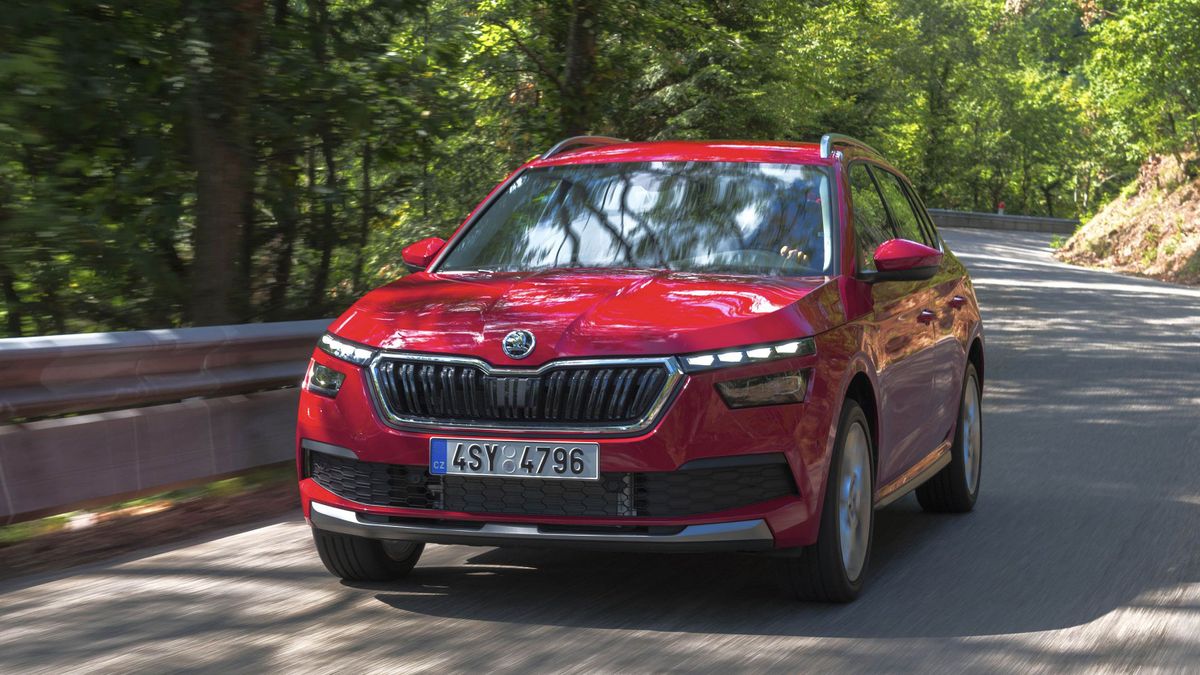 The Kamiq is an excellent small SUV that provides plenty of space, good driving manners and a high quality interior with plenty of equipment options. It also looks like it’ll offer very good value for money, which should put it high on the shortlist for customers searching for cars of this type. Small SUVs tend to have a slightly more funky look than larger vehicles, a trend emphasised by the introduction of the Nissan Juke a few years ago. Accordingly, the Kamiq jazzes up the usually-conservative Skoda exterior with some split level headlights, with the LED running lights sitting separately above the main lamps. The rest of the car follows a similar, restrained vibe to the rest of the Skoda SUV range, namely the Karoq and the Kodiaq.

Exact UK specs and trim levels have yet to be confirmed, but we do know that all models with have alloy wheels, ranging in size from 16 to 18 inches. We’d expect trim levels to broadly follow the rest of the Skoda range, which would mean S, SE and SEL models. The Monte Carlo model will have a sportier look, with a special Monte Carlo badge, black details on the bodywork and black roof rails. The Kamiq’s interior is smart and thoughtfully laid out, with plenty of adjustment in both seat and steering wheel to find your preferred driving position. It’s got a suitably cutting-edge, large touchscreen infotainment system in the centre of the dashboard, and although it’s harder to use on the move than older button-based systems, the various options are large enough to be able to tap fairly easily. The system also includes wireless Apple CarPlay and Android Auto. Build and material quality around the cabin is very good. There are a decent number of spaces around the Kamiq to store bits and bobs, including big door pockets and a space under the centre armrest. There are two cupholders between the front seats, although they’re only really big enough for cans or small coffee cups, so owners of larger refillable water bottles might have to keep them in the doors.

There’s lots of space in the back for two large adults, with good amounts of leg and headroom, and at 400 litres the boot is a good size too. It’s bigger than that of the Nissan Juke, and the same as the Seat Arona, which which the Kamiq shares plenty of mechanical bits. However, the boot in the Volkswagen T-Cross is bigger still. The rear seats fold down for extra space, although there’s a step between boot floor and the back of the folded seats. There’s also a bit of a lip at the boot entrance that could be a bit annoying to lug heavy stuff over.

Skoda has always been good at coming up with some nice touches to make life easier, and that continues in the Kamiq with umbrellas stored in the doors, a removable boot light that acts as a magnetic torch, and an ice scraper in the fuel filler cap. The Kamiq is set up as a comfort-oriented driving experience, and Skoda has done a good job with it. You will be able to specify a sport, stiffer suspension if you want it, but we’ve tried the standard suspension and it’s taken the worst that the roads on the launch event have thrown at it. We’ve want to drive it on slightly ropey UK B-roads to be definitive in our verdict, but so far we’ve been impressed. What’s more, the comfort doesn’t mean soggy handling. It’s not as zippy or taut-feeling as Seat’s Arona, but it’s confident through the corners with minimal bodyroll, and the steering feels suitably weighty and accurate. The Kamiq offers a choice of petrol and diesel engines. The petrol range starts with a three-cylinder, 1.0-litre turbocharged unit available with either 95 horsepower or 115 horsepower, and it’s the latter that we’ve had a go in. Based on the drive we’ve had in it so far, it lacks the smallest bit of oomph when going up hill with a full complement of passengers, but at all other times it’s nicely punchy and responsive, more than adequate for general around town motoring and motorway cruising. It comes with either a very decent six-speed manual gearbox or a seven-speed automatic.

There’s also a 1.5-litre petrol engine with 150 horsepower, if you want extra zing, and a 115-horsepower, 1.6-litre diesel. Despite its SUV looks, this is not intended to go off-road, and there’s no four-wheel drive version. All versions are front-wheel drive. UK specs and pricing hadn’t been announced at the time of writing, so it’s hard to give a definitive idea of how much it’ll cost and how that’ll compare to rivals. But if we use other Skodas as indicators, we’d expect it to be competitive when it comes to purchase price and impressive when it comes to running costs and resale value. If the Kamiq doesn’t turn out to be pretty decent value-for-money, we’ll be surprised. While the Kamiq is a new car with no history to draw on, Skoda as a brand has an excellent reputation for reliability. It came second overall in JD Power’s 2019 Vehicle Dependability Survey, which ranks the mainstream manfacturers, and other models have fare very well. Should anything go wrong with your Kamiq, Skoda offers a three-year, 60,000-mile warranty, which is fairly standard for the wider market, but some rivals do offer better The Kamiq scored the maximum five stars in crash tests by safety organisation Euro NCAP, and with impressively high scores across all areas of testing. Exact UK specs have yet to be confirmed, but the Kamiq will come with lane assist and automatic emergency braking, with the ability to spot pedestrians and cyclists, as well as up to nine airbags. Isofix child seat mounting points will be available on the outer rear seats, and optionally on the front passenger seat. UK specs hadn’t been announced at the time of writing, but we’d expect the Kamiq to largely mirror other Skoda ranges, which would mean S, SE and SE L trim levels, with a Monte Carlo model introduced in the future. Available features will include as digital instrument panel, new infotainment system with a digital assistant called Laura (think Siri, Alexa-style) and leather upholstery, as well as a panoramic sunroof. We’ll update this review once the exact details have been released. The Kamiq immediately looks like being one of the best small SUVs on the market, with a great balance of driveability and comfort, mixed with eye-catching looks, plenty of equipment choices, strong engines and value-for-money. We expect it to do very well. 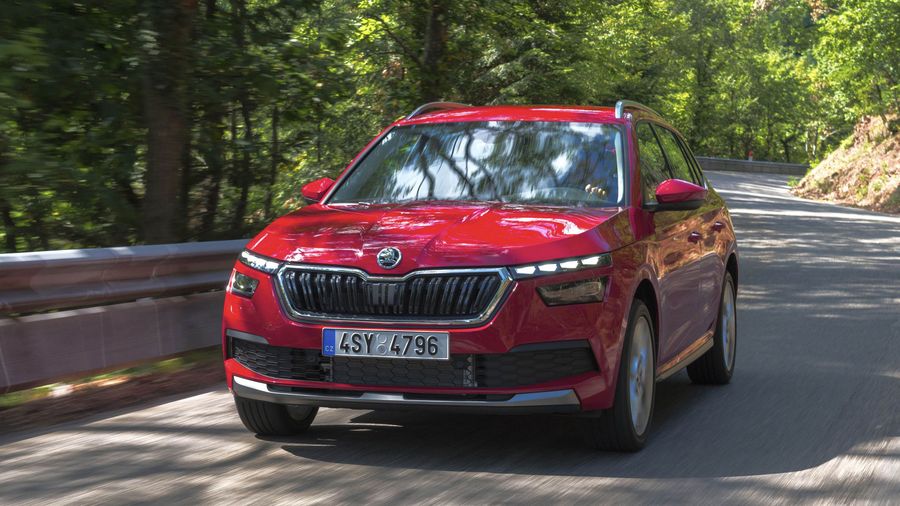