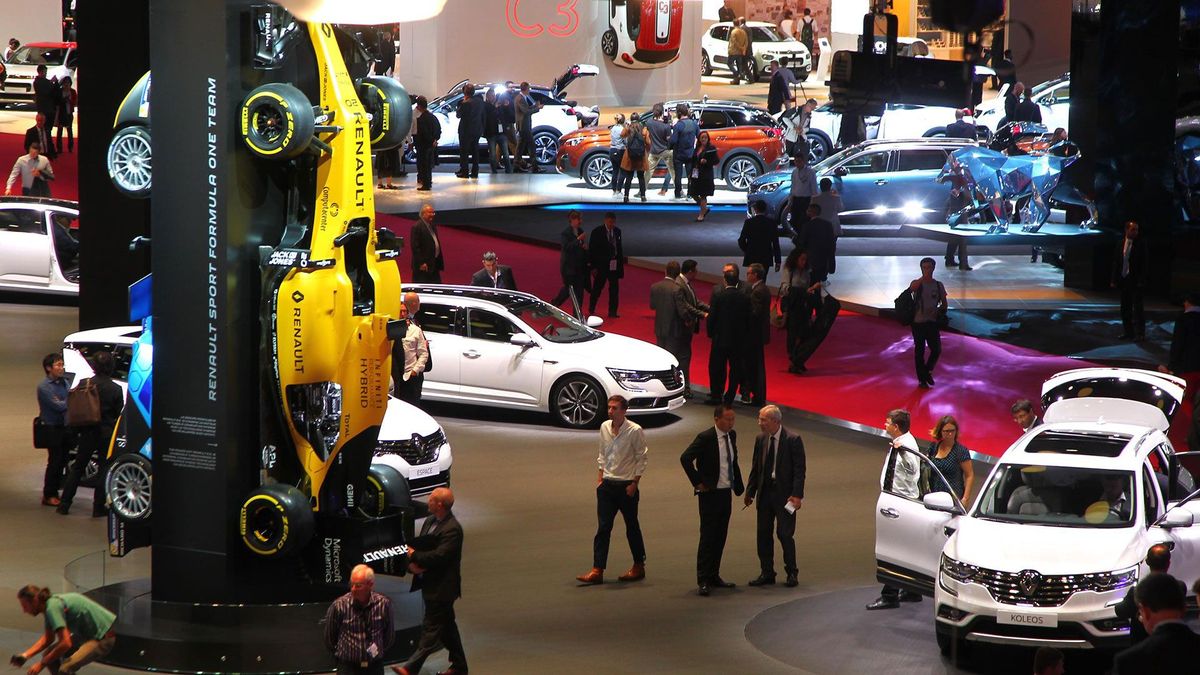 First published: 26th September 2018
Share on Facebook on Twitter
It's nearly time for the biennial Paris Motor Show, which is held in the Paris expo Porte de Versailles.

It's one of the biggest European motorshows, although in 2018, there are a significant number of car manufacturers not attending.

Since 1988, it's been called the Mondial de l'Automobile, but has changed its name to the Mondial Paris Motor Show for 2018.

The Paris Motor Show has a long history; it's been going since 1898 and used to be held every year. It had a brief break during the First World War, skipped 1925 as the venue had been booked by someone else, stopped during the Second World War, missed 1977 due to the economic situation, and has been held once every two years since 1976.

The 2018 Paris Motor Show runs from 4-14 October, with the 2-3 October as the press days. If you'd like to see it for yourself, you can get tickets from the Mondial Paris Motor Show website.

Although there are a large number of car makers not attending, there are still some big reveals and launches happening at the show. Here's our list of everything that's coming up at this year's Paris Motor Show.
Aston Martin
Aston Martin won't have a presence at the show, but a local dealer will have a stand showing DB11 Volante, Vantage, and DBS Superleggera. 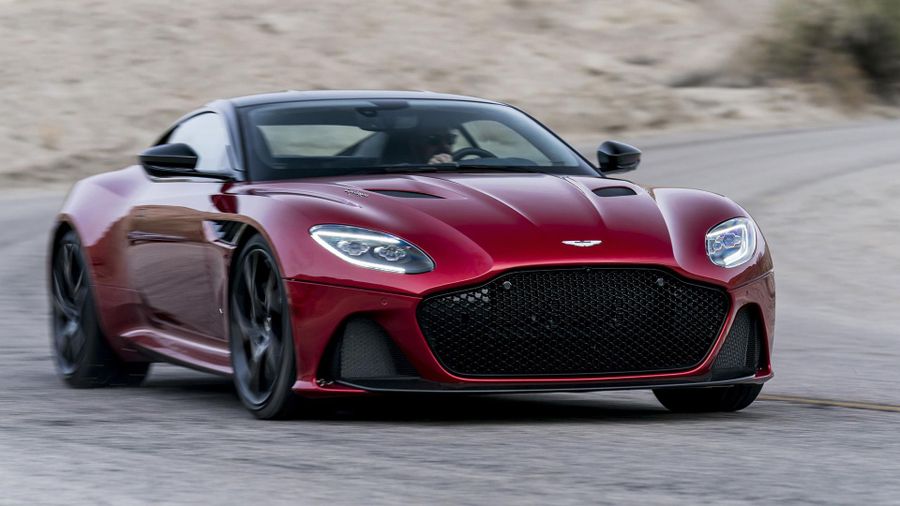 View gallery
Audi
A1: The A1 has been a really successful car for Audi. The new model will only be available in five-door form, and will launch with a range of turbocharged three and four-cylinder petrol engines.

A4 facelift: There's a new BMW 3 Series at the Paris Motor Show, and Audi is updating its 3 Series rival, the A4. It's getting a new look and some more standard kit.

E-tron: The e-tron electric SUV was unveiled recently in San Francisco, but the Paris Motor Show will be the European debut of Audi's first all-electric car, which will take on the Jaguar I-Pace, Tesla Model X and Mercedes EQC. We've been to have a look at it already. Find out more.

Q3: The Q3 used to be Audi's smallest SUV, but there's now the Q2, so it can't claim that title any more. Instead, Audi says it's made the new Q3 more practical, grown-up, and better-equipped than the last generation. 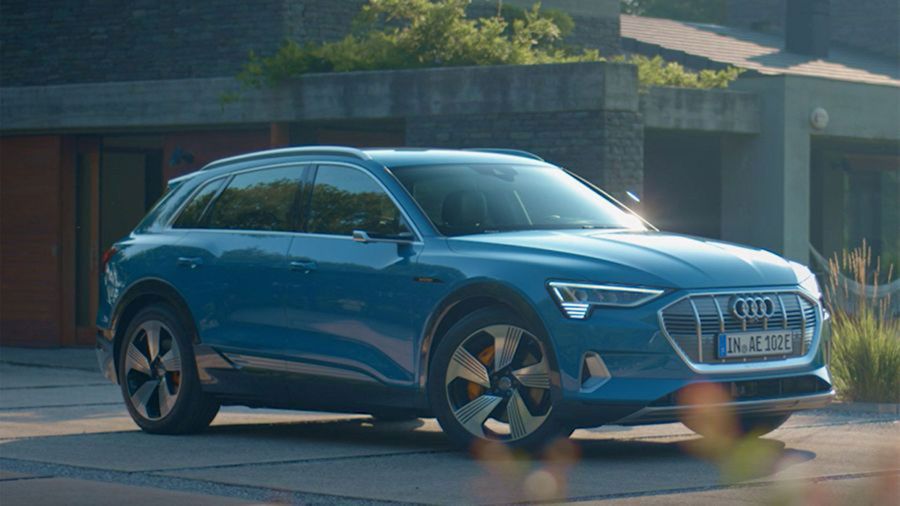 View gallery
Bentley
Bentley isn't attending the 2018 Paris Motor Show.
BMW
3 Series: This is probably the most important car of the Paris Motor Show 2018, the new BMW 3 Series. It's the most searched for car on Auto Trader every month, and soon there will be a new one for you to get your hands on. It doesn't look like the design will be completely overhauled, more... evolved. And, the interior will also be brought up-to-date with BMW's latest infotainment system. Probably the biggest news though, is that there will be a fully-electric version arriving in 2020. Before that, there will be two plug-in hybrid versions. Find out more about the new BMW 3 Series.

8 Series: BMW's luxury and sizeable sports car has already been seen out and about, but it will also be heading to Paris.

X2 M35i: This is BMW's first M-badged car to come with four-cylinders instead of six. It's the company's latest hot SUV, and will rival the forthcoming Volkswagen T-Roc R and Cupra Ateca.

X5: BMW's Audi Q7 rival will also be heading to Paris. It's bigger, taller and wider than before, and was first revealed back in June.

Z4: Concepts have been seen and prototypes driven, but BMW will be revealing the production Z4 at the Paris Motor Show. It's bigger, wider and taller than the old Z4 and will feature a folding fabric roof instead of the aluminium hard-top. Overall that will make it around 50kg lighter. It will be on sale in the UK in spring 2019. 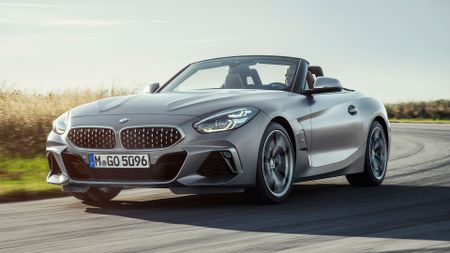 View gallery
Citroen
C5 Aircross Hybrid Concept: The hybrid version of the C5 Aircross SUV will go on sale in 2020. It's likely to have an all-electric range of 31 miles and some funky exterior and interior touches to differentiate itself from the 'normal' C5 Aircross.

Concept: Who knows what it could be? But there’s likely to be one. 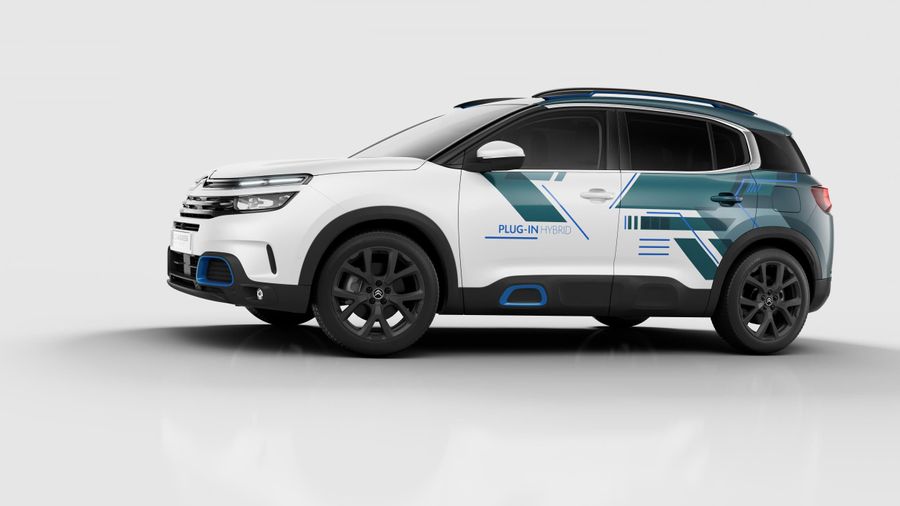 View gallery
DS
3 Crossback: The new small SUV from DS will be making its world-premiere in Paris. DS is phasing out its 3 three-door supermini by the start of 2020, and replacing it with this. At launch it will be avaiable with petrol and diesel engines, and shortly after, as a fully electric car. The electric version will apparently have a range of around 186 miles.

7 Crossback E-Tense PHEV: The E-Tense gets its name from DS' supercar concept from the 2016 Geneva Motor Show. It's a plug-in hybrid version of the company’s biggest SUV. It combines a 1.6-litre petrol engine with two electric motors, and can run on electricity alone for up to 31 miles. 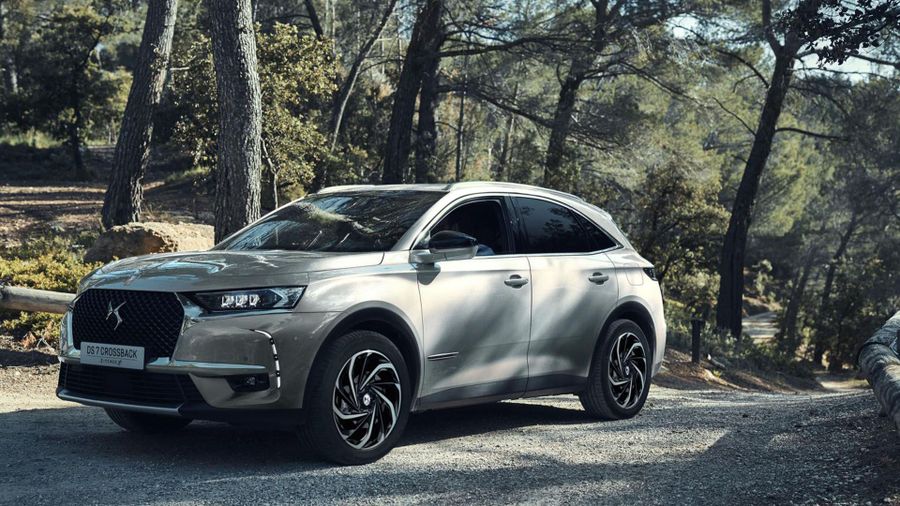 View gallery
Ferrari
Monza SP1 and SP2: If you've got a spare few million lying around, you might be interested in the Monza SP1 and SP2. They're both limited-edition cars from a new Ferrari line-up called Icona. The SP1 and SP2 are reimagined versions of the 750 and 850 Monza racing Barchettas from the 1950s. They're both based on the 812 Superfast, and will be super, super exclusive.

Find out more information about the Ferrari Monza SP1 and SP2. 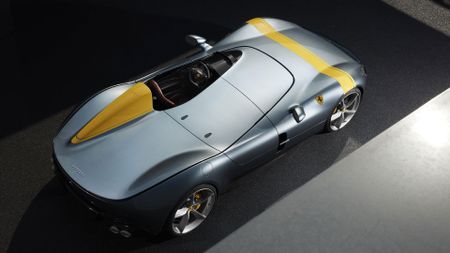 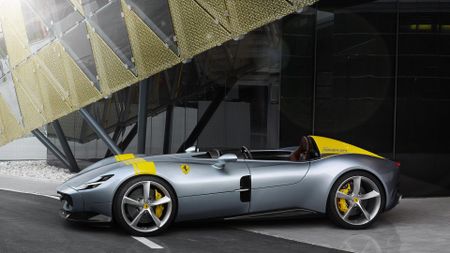 View gallery
Ford
Ford isn't attending the 2018 Paris Motor Show.
Hyundai
i30 Fastback N: This is likely to be a big one. Hyundai is releasing a sleeker five-door coupe version of its very good and very popular i30 N hot hatch. The UK will only see the top N Performance version which has 277 horsepower, and does 0-62mph in 6.1 seconds. It just has a bit of an awkward name. Read the full story . 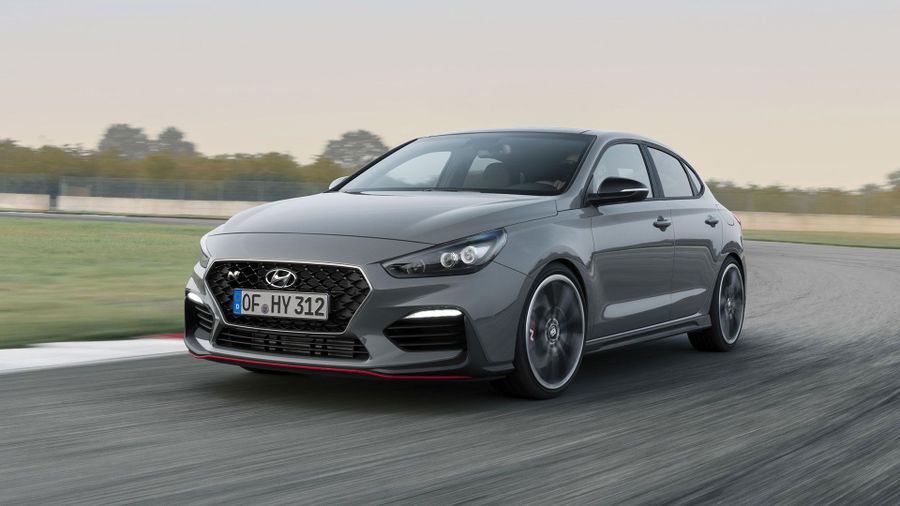 View gallery
Kia
Ceed GT: The Ceed GT is a sportier version of the Kia Ceed hatchback. Find out more about it.

ProCeed and GT: The ProCeed is a sporty shooting brake version of the Kia Ceed. We've been to have a look at it already to get the full lowdown.

Niro EV: The fully-electric Niro small SUV will make its debut in Paris. Kia has said it will have a range of up to 300 miles with the bigger battery option, under the new WLTP tests. There will also be a smaller battery option that will give up to a 193-mile range. Find out more about Kia's all-electric e-Niro. 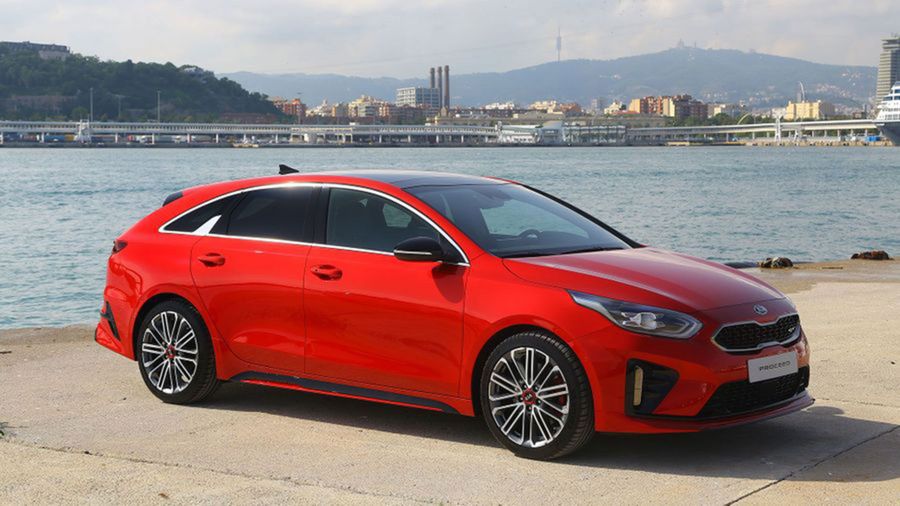 View gallery
Lamborghini
Lamborghini isn't attending the 2018 Paris Motor Show, but there will be a local dealer there.
Lexus
RC: The Lexus RC is the company's entry-level coupe, and a new version will be revealed at the Paris Motor Show. It's had a bit of a makeover to look decidedly more like the LC, and Lexus says various other tweaks will improve the ride and handling.

LC Limited Edition: If you like your Lexuses exclusive, here's one for you. There will only be ten limited edition LCs coming to the UK: five hybrids and five naturally-aspirated V8s. You'll get an exclusive paint colour, and some exclusive interior design touches.

ES: The ES, a mid-sized executive saloon which will replace the GS, will make its European debut in Paris.

UX: Lexus will open the order books on its new small, premium SUV, the UX, which was first revealed at the Geneva Motor Show. 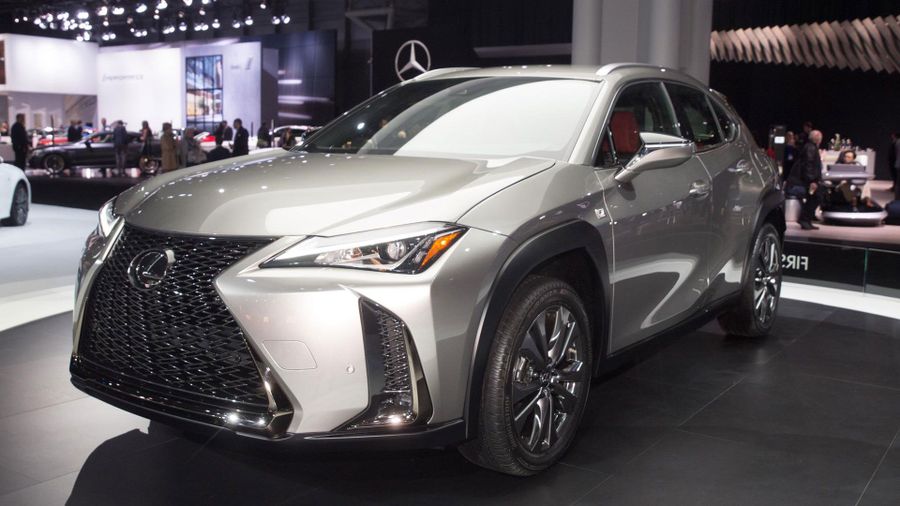 A-Class saloon: A four-door version of the new A-Class will rival the likes of the Audi A3 saloon.

A35 AMG: This is the warm/hot hatch version of the new A-Class. It will arrive at the start of 2019 with 304 horsepower, rivalling the likes of the Golf R and Audi S3.

B-Class: If you like the A-Class but want something more sensible and upright, the B-Class MPV could be for you.

GLE: Merc is bringing out a new version of its mid-sized GLE SUV, with a long-range plug-in hybrid version.

EQC: Audi has already made the world debut of its electric SUV, the e-tron, before Paris, but Mercedes is waiting until the motorshow to showcase its rival. Find out more about the EQC. 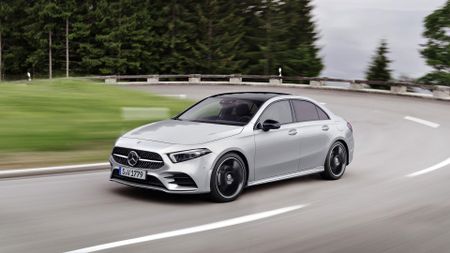 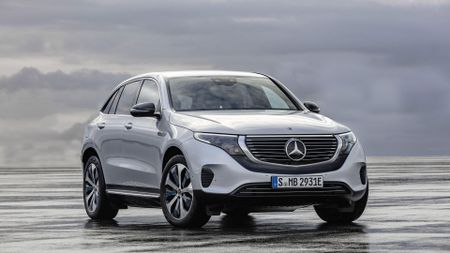 Concept: There’s always a Peugeot concept in Paris, and this year will be no different. Welcome the e-Legend! It's an electric car, which looks like the 504 coupe from the 60s. Find out more about the Peugeot e-Legend concept. 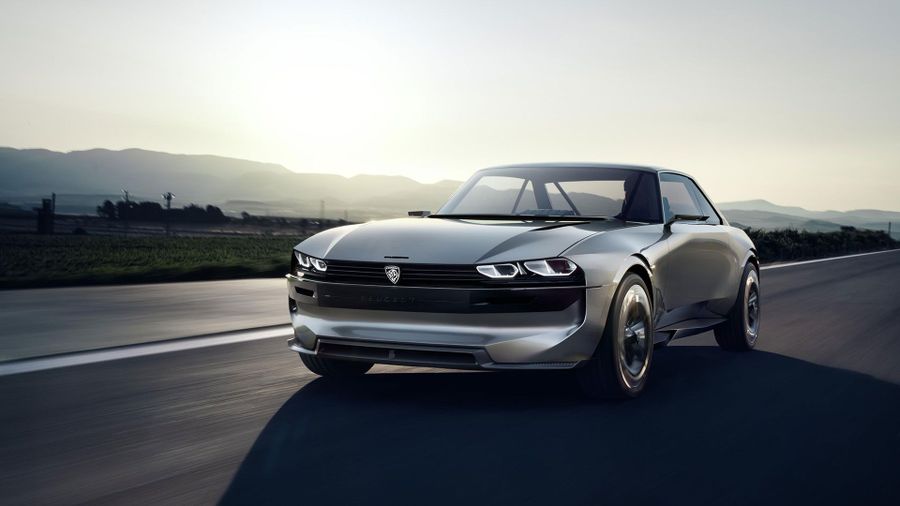 View gallery
Porsche
The popular Macan SUV will be getting a mid-life facelift. It's been in its current guise since 2014, so time for a small update or two. 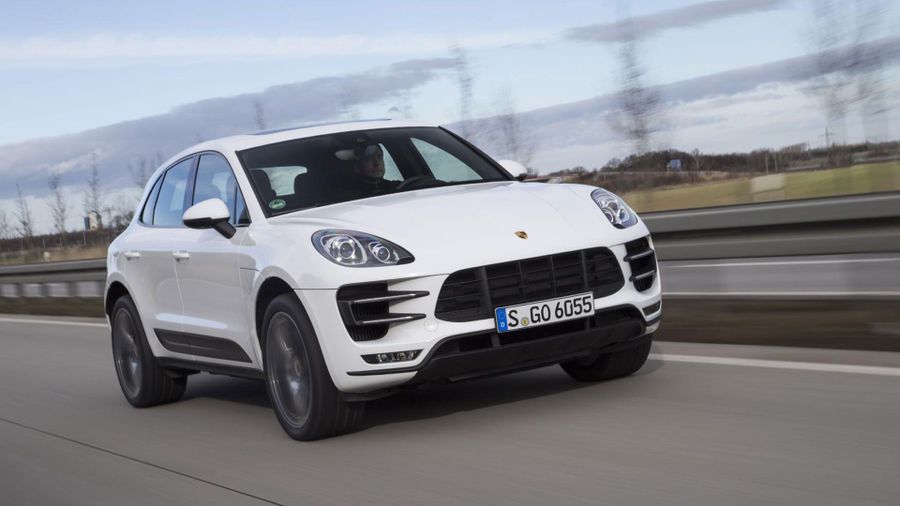 View gallery
Renault
Kadjar: Who knows what Renault will bring to the show, but you can definitely expect a concept car or three. Apart from that, the French company will also show the facelifted Renault Kadjar compact SUV. There aren't many changes to the exterior, but a few more changes to the interior, a new 1.3-litre petrol engine and a revised 1.5-litre diesel. 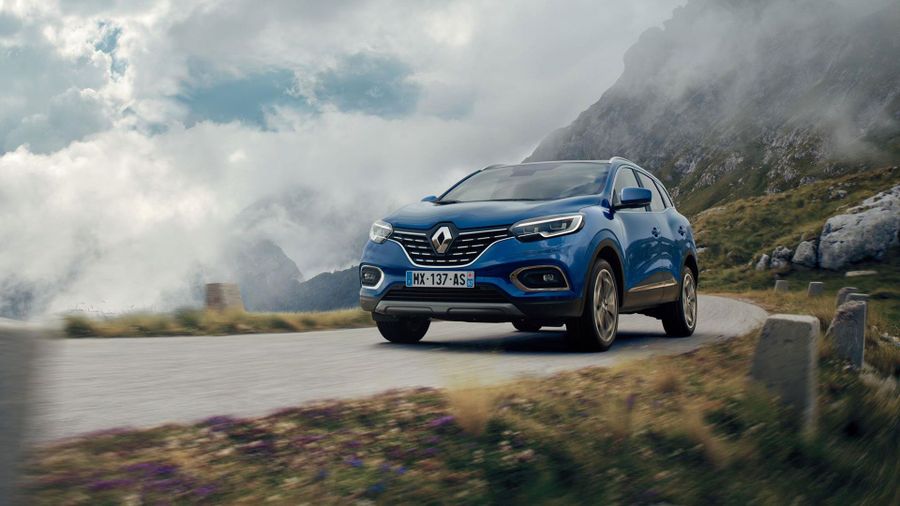 View gallery
Seat
Tarraco: After 'Boaty McBoatface', you'd have thought companies would stop letting the public name their cars. But not Seat. The public decided on Tarraco, which is the ancient name for Tarragona in Spain. The car is the company's long-awaited seven-seat SUV.

Check out more about the Seat Tarraco. 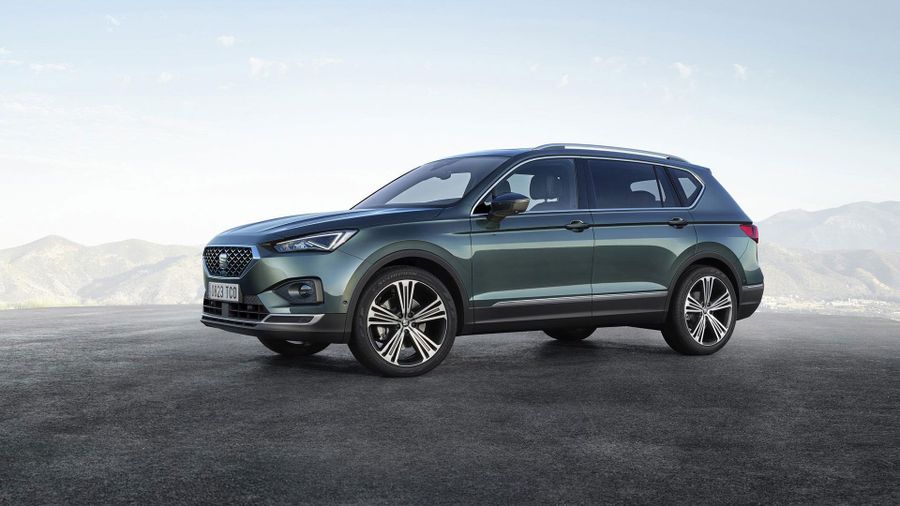 View gallery
Skoda
Kodiaq vRS: If you like SUVs but you also like high-performance cars, the Kodiaq vRS could be right up your street. Check out the full story.

Karoq Scout: The Scout is a more rugged version of the Karoq small SUV.

Concept: The Rapid hatch will be morphing into something new. Rumours are that it will be a production version of the Vision RS Concept shown at a previous motorshow. 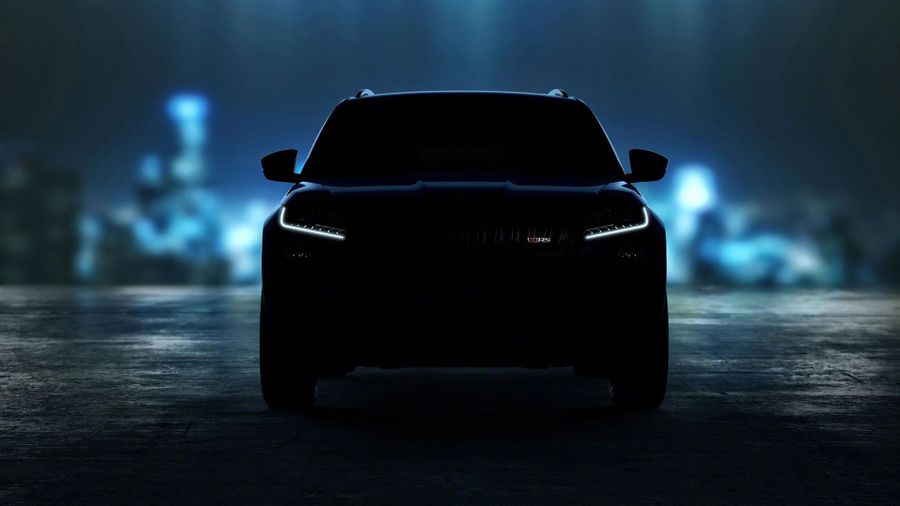 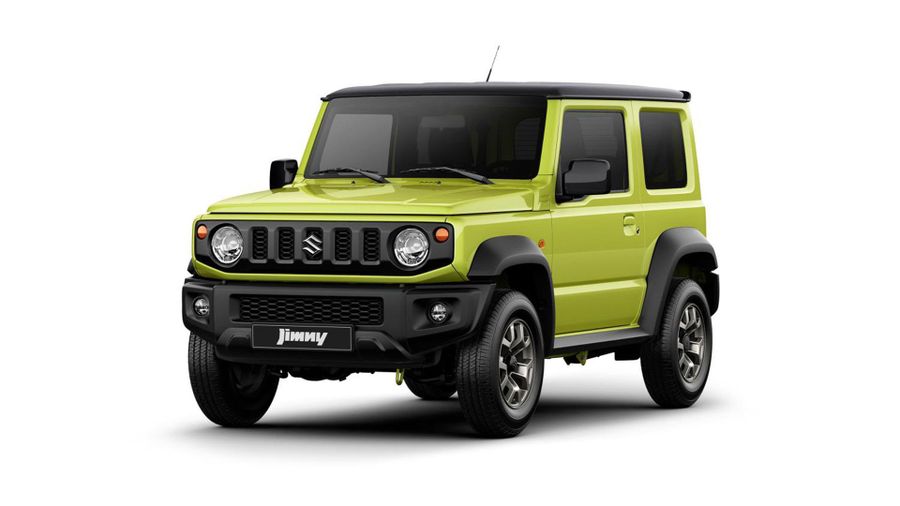 View gallery
Toyota
Corolla Touring Sports: The estate version of the new Auris, which is no longer called the Auris, will be headed to Paris this year for its world debut, alongside its sister hatchback model. Check out the full story.

RAV4: The new RAV4 will have its European debut in Paris, along with the sporty looking Yaris GR Sport, and a very yellow Y20 version of the Yaris. 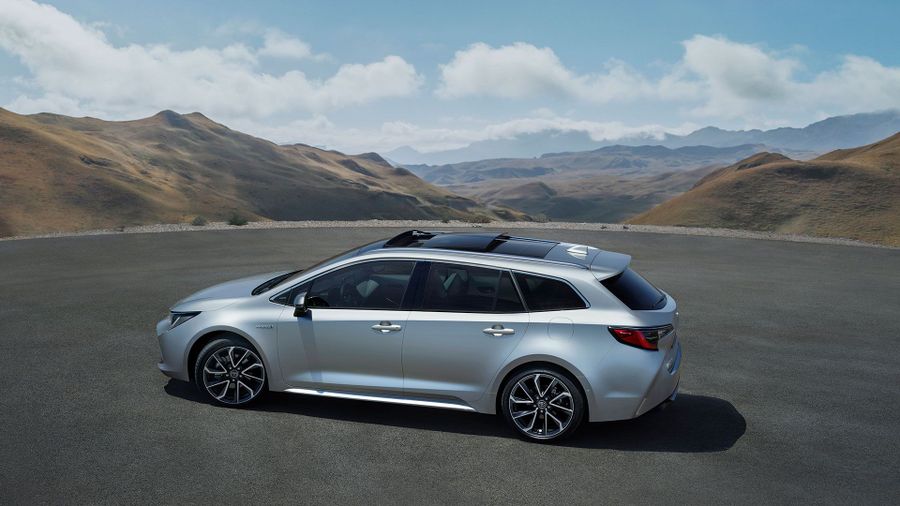 View gallery
Volkswagen
VW isn't attending the 2018 Paris Motor Show.
Volvo
Volvo isn't attending the 2018 Paris Motor Show.
VinFast
VinFast is a new Vietnamese car company that uses BMW as a base for its vehicles, and hopes to export to Europe by 2020. It has two new cars on show at Paris. The first is a saloon, based on the BMW 5 Series, called the Lux A2.0, and the second is an SUV called the Lux SA2.0.

Find out more about VinFast here. 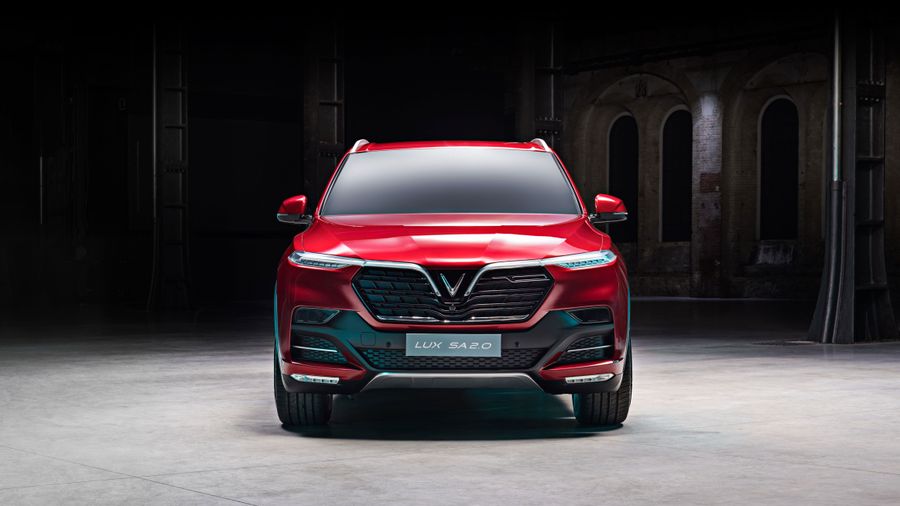 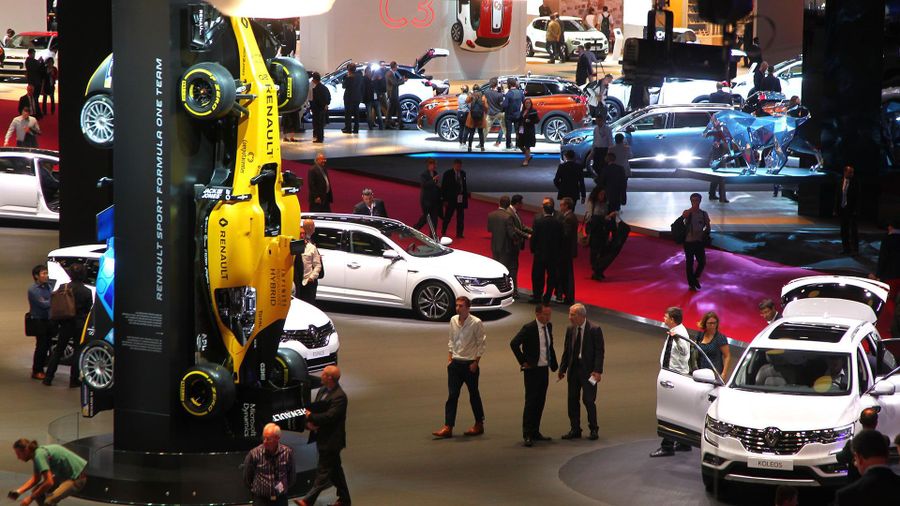