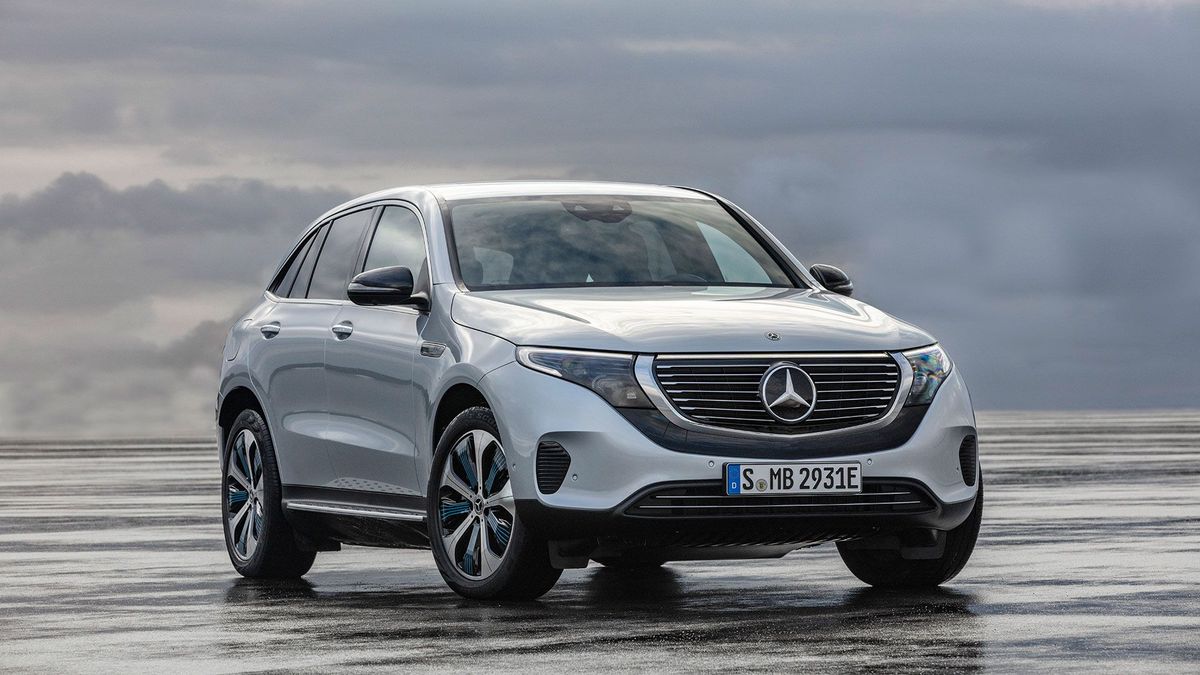 First published: 2nd October 2018
Share on Facebook on Twitter
The Mercedes EQC, which is on display to the public this morning at the 2018 Paris Motor Show, is the brand’s first all-electric car. Being a mid-size SUV, the EQC will be a direct rival for the Jaguar I-Pace and Audi e-tron.

Like its SUV shape suggests, the EQC has four-wheel drive that comes courtesy of two electric motors (one on each axle) with a combined output of 408 horsepower. Mercedes claims a 0-62mph time of 5.1 seconds. And, being a battery-powered EV, that impressive performance is obviously achieved with zero tailpipe emissions.

Provisional figures suggest a driving range of more than 280 miles according to old-style NEDC tests, although Mercedes hasn’t announced what that figure will be under the new WLTP standard.

The 80kWh lithium-ion battery can be charged with a maximum output of 110kW if you can find an appropriate charging station, and that powers the battery from 10-80% in around 40 minutes. No figure has yet been put on a full charge from Mercedes’ 7kW wallbox, or from a normal domestic socket. 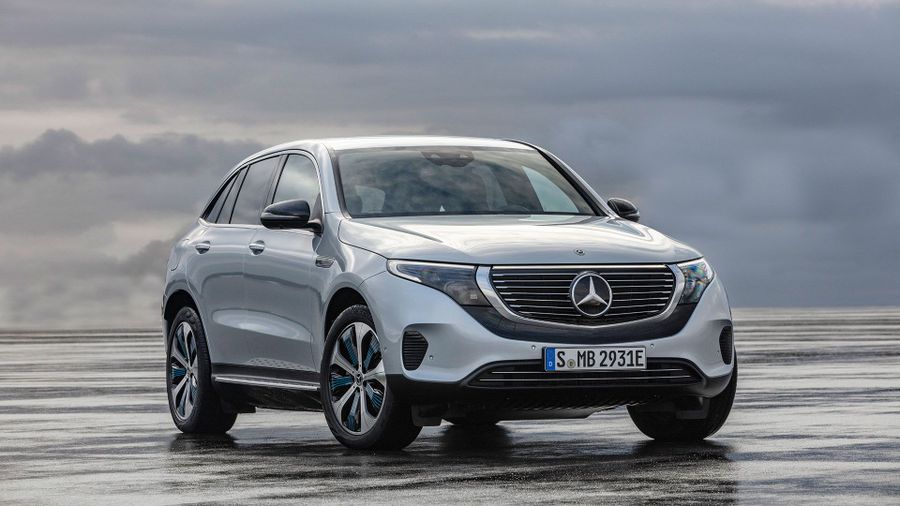