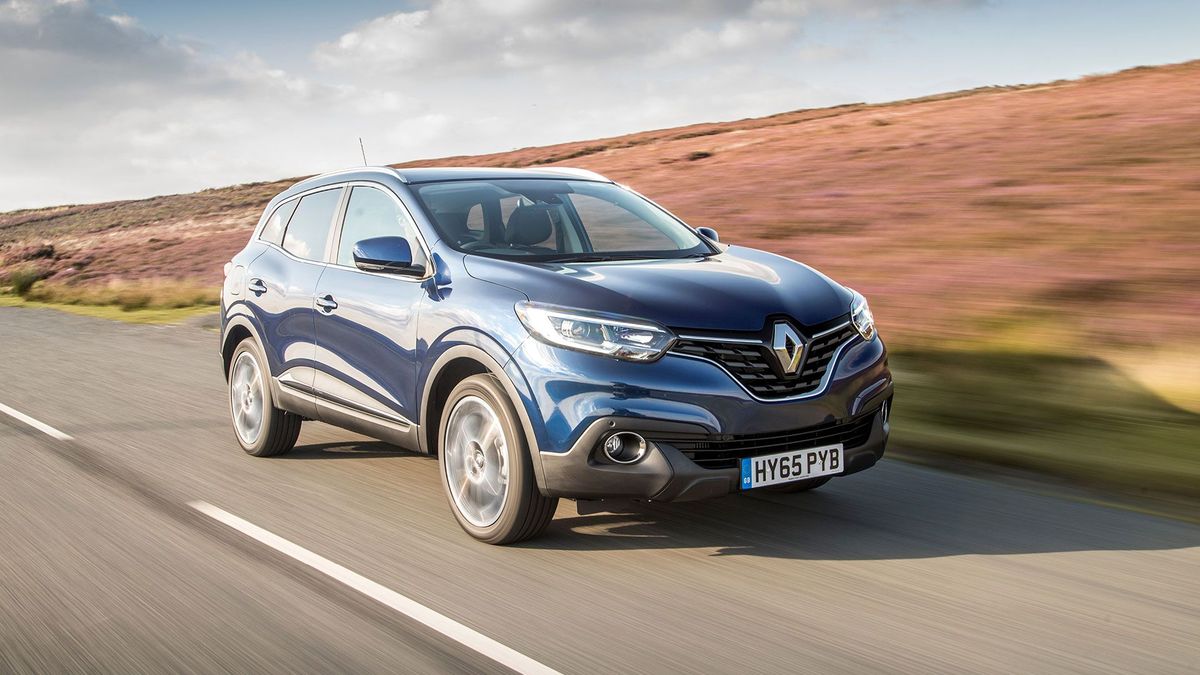 The Kadjar has pretty much the best possible start in life: it’s virtually the same car as the Nissan Qashqai, which is one of the best cars in the class. Make no mistake, the Renault is right up there with its sister car in the vast majority of areas, and that makes it a very good car indeed. It should definitely be on your shortlist.

Pick of the range
1.5 DCi 110 Dynamique Nav
The best engine, and this trim strikes the best balance of kit and cost
Most economical
1.5 DCi 110
Returns the same impressive figures regardless of whether or not you spec the optional semi-automatic gearbox
Best avoided
1.2 TCe 130 4WD Signature S Nav
Breathless engine, hefty running costs and a laughable price 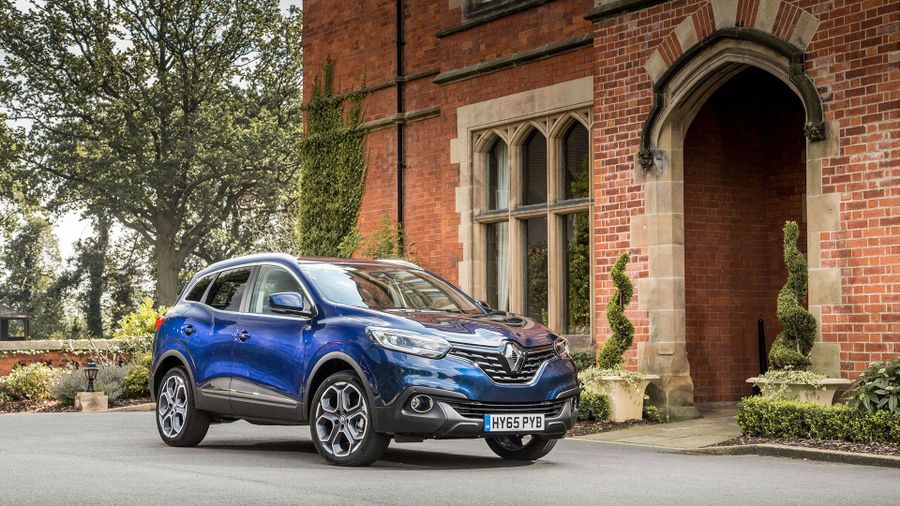 Being so closely related to the Nissan Qashqai, it’s no surprise that the Kadjar has very similar proportions to its sister car. The Renault does have plenty of its own character, though. The big V-shaped grille is a design cue shared with numerous Renault models, and the rear end has more than a hint of Clio about it, with short-strip tail lights and curvy haunches. You might want to steer clear of entry-level Expression+ cars, because they miss out on the alloy wheels that other versions get. Dynamique Nav models get 17-inch alloys, while Dynamique S Nav sees an upgrade to 19-inch wheels, as well as front and rear parking sensors. There's another Dynamique model, the Dynamique SE Nav, which has a panoramic sunroof and aluminium side steps. Move to the Signature Nav models and you'll get brighter full LED headlights, while the range-topping Signature S Nav trim adds a rear parking camera. 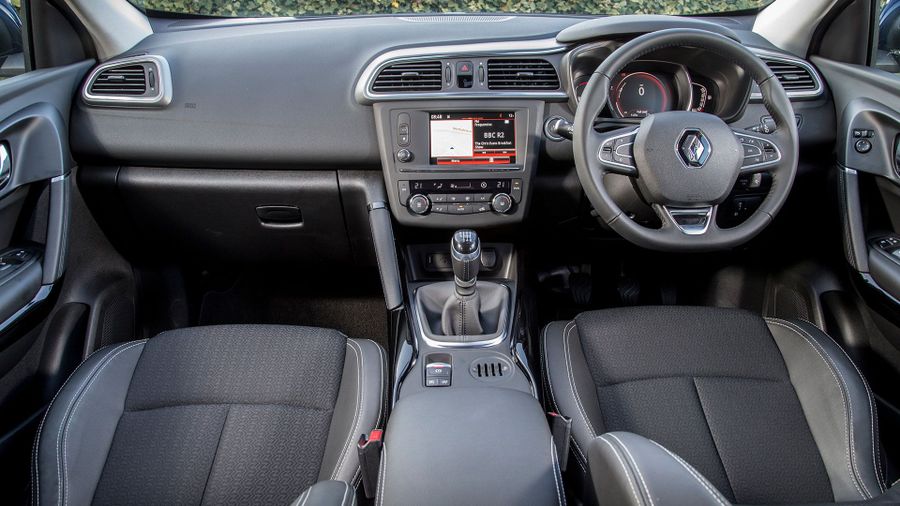 Climb into the Kadjar, and you’ll experience a mixture of positives and negatives. The interior design looks pretty sophisticated and there are some nice touchy-feely surfaces on display, but some of the other panels feel disappointingly hard and scratchy, while the dark colour scheme adds to a slightly dour environment. The standard R-Link touchscreen infotainment system isn’t the most intuitive you’ll ever use, some of the switches are located in really odd places, and it’s rather disappointing that you have to upgrade to the high-end Dynamique S trim before you get a height-adjustable driver’s seat. However, the seats are very supportive and comfortable, and you get a great view out in all directions. 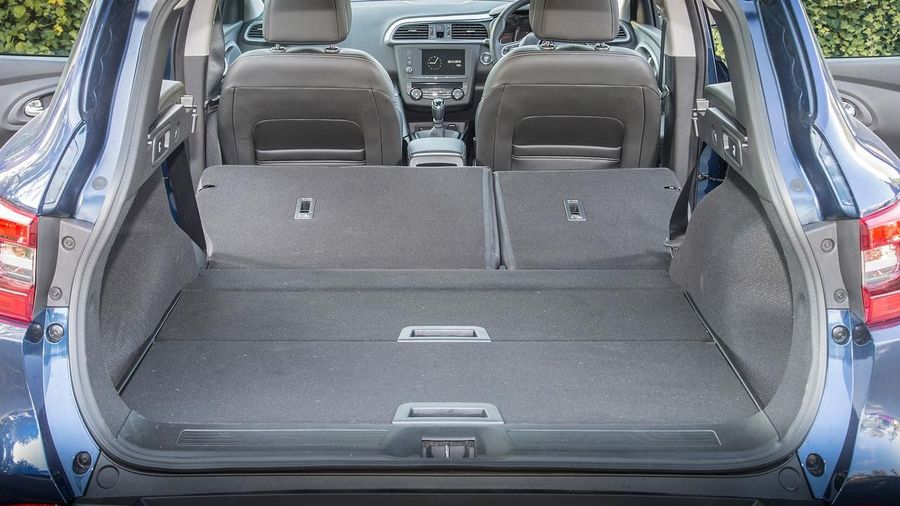 Like the Qashqai, the Kadjar has a cabin that is very family-friendly. All five seats have generous head and legroom, the boot is an impressive size, and there’s a false boot floor that lets you open up more capacity or level out the steps in the load area, depending on your needs. What’s more, the rear seats fold perfectly flat, which helps enormously when you’re carrying big loads. 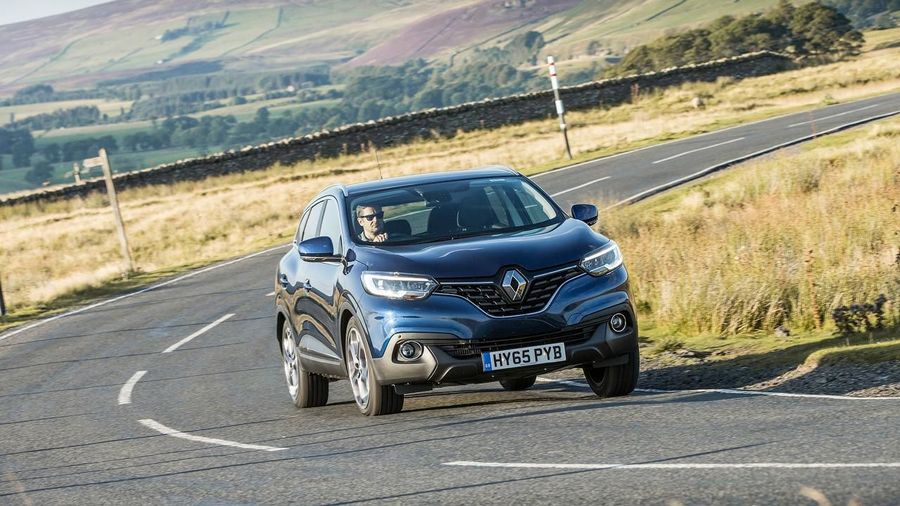 Unsurprisingly, the Kadjar behaves very much like its sister car on the road, and that’s a very good thing. It has a brilliant mix of dynamic abilities, blending stable, secure and controlled handling with a cosseting ride and excellent rolling refinement. Chuck in the responsive, nicely weighted steering, a crisp gearshift and lightly sprung pedals, and the Kadjar is a very relaxed and easy car to drive. That makes it absolutely perfect for the family-ferrying duties for which it’ll most likely be used. Most versions have front-wheel drive, but four-wheel drive can be specified if you wish. However, we wouldn’t bother unless you regularly drive in snow or mud, because it’ll make your Kadjar more costly to buy and run. 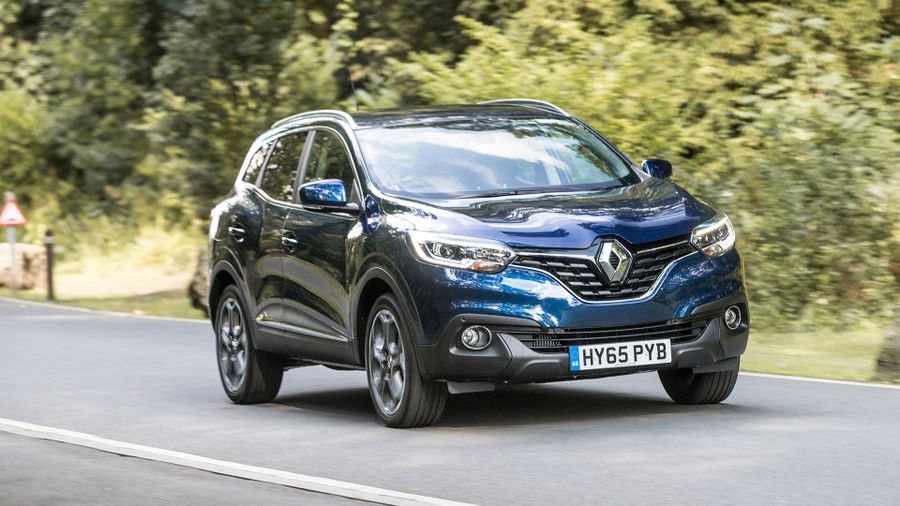 The Kadjar weighs in with a mixed performance here, depending on which engine you choose. We’d avoid the one petrol engine on offer, a 1.2-litre turbo with 130 horsepower. The output sounds prodigious, but with not-quite-so-generous torque, it feels frustratingly lifeless at the bottom of the rev range. Worse still, it hardly gets any more muscular further up the range, even when you work it to its limits, and it also takes an absolute age to build revs. Sure, a car like the Kadjar doesn’t need to be fast, but it does need to be flexible, and with this engine, it really isn’t. We've also tried this engine paired with the optional twin-clutch automatic gearbox rather than the six-speed manual, and while the engine is no punchier in this form, it doesn't do the performance any harm, either.

However, the diesel engines on offer are much better. There are two – a 1.5 with 110 horsepower and a 1.6 with 130 horsepower – and it’s the lower powered one that’s the pick of the range. It feels eager when you’re trying to build or maintain speed, which makes your progress nice and easy. It also stays quiet and smooth, even when you have to work it hard. All that is true of the 1.6 as well, but it doesn’t really feel any quicker than the 1.5 in the real world, so it’s not worth the extra you’ll pay to buy and run it. 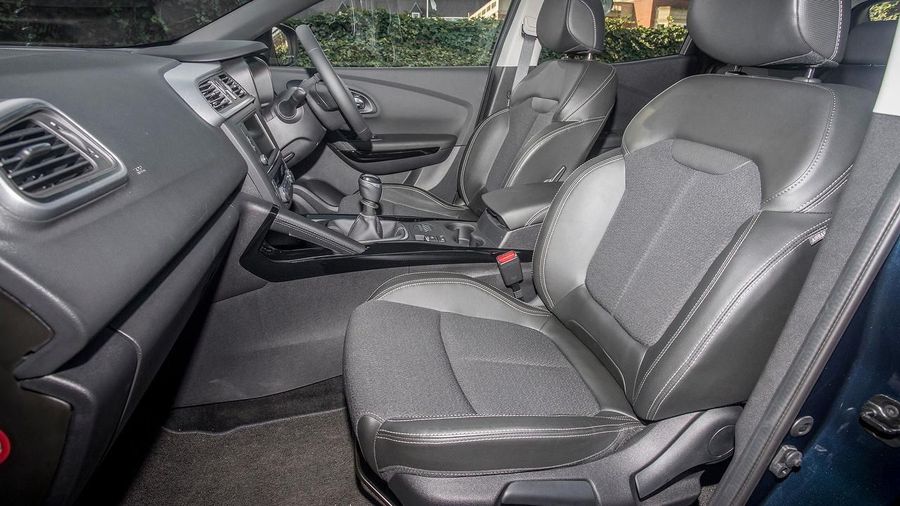 The Kadjar isn’t a particularly cheap car to buy, but it is a useful bit cheaper than the Qashqai in many of its various comparable forms, and it represents good value for money. It’s likely to be a bit less commonplace on British roads than the Qashqai, too, and that could well give it an edge on the Nissan when it comes to resale values. The official efficiency figures make for pleasant reading, too. The entry-level diesel is the star of the show, with fuel economy of 74mpg and CO2 emissions of just 99g/km (as long as you avoid versions with bigger 19-inch wheels), making it very affordable to run. The figures of the other engines aren’t quite so impressive, but they’re still pretty competitive by class standards. However, go for a version with four-wheel drive instead of front-wheel drive, and efficiency takes a big hit. 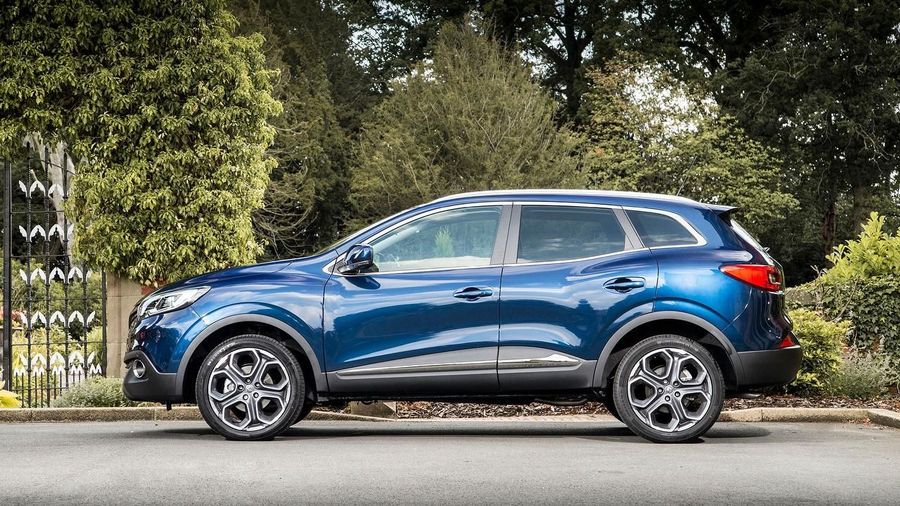 Renault currently sits well into the top half of Warranty Direct’s manufacturer rankings, while Nissan places a lot further up. Make of that what you will. However, that fact that the two cars are built in entirely different factories in entirely different countries could well mean that there might be a big difference in how they rate for reliability. Of slight concern is JD Power's Vehicle Dependability Study, which offers more recent data than Warranty direct, and saw Renault score slightly below average for the industry, albeit only just. 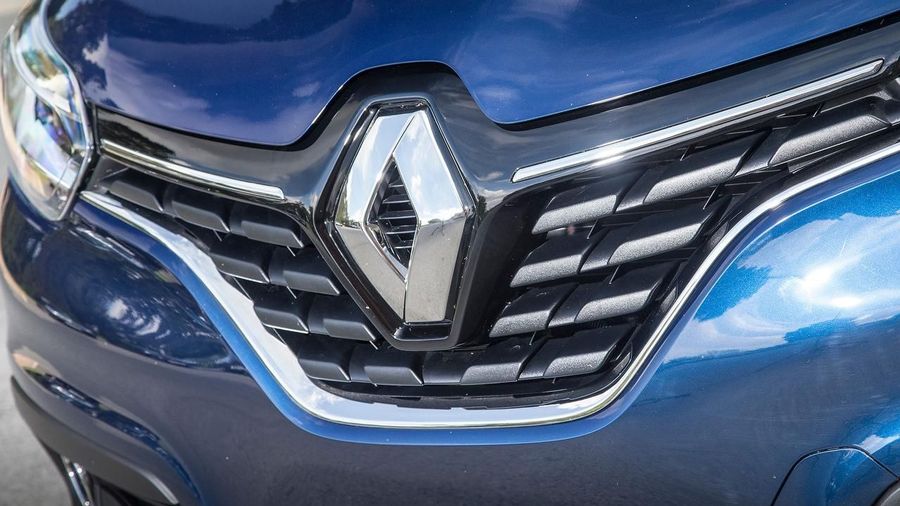 The Kadjar comes with a decent suite of measures including six airbags, stability control and tyre pressure monitoring. From second-rung Dynamique Nav trim onwards, you also get cornering foglamps and a package that includes lane-departure warning, traffic sign recognition and automatic headlamp beam adjustment. In crash tests by safety organisation Euro NCAP, the Kadjar performed just as strongly as the Qashqai, earning a full five-star rating, although the criteria for such as score has strengthened since it was tested in 2015. More modern safety systems, such as automatic emergency braking, aren't available as standard, which is a shame. 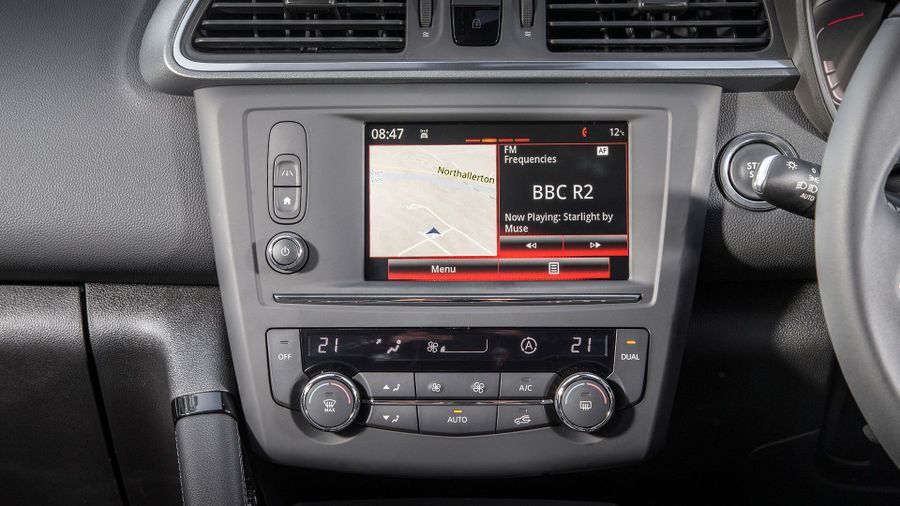 Most versions of the Kadjar come pretty well equipped. You might want more than the entry-level Expression+ gives you, although you’re still provided with air-con, four powered windows, cruise control, Bluetooth and a DAB radio. Dynamique Nav is the next step up, and apart from a touchscreen infotainment system, with sat-nav, Android Auto and Apple Car Play, it also adds desirable bits like climate control, automatic lights and wipers, and a leather steering wheel. For us, this is the best compromise of kit and cost. If you have more cash to splash, Dynamique S trim adds and part-leather upholstery, while the Signature has an upgraded Bose stereo, full synthetic leather seats. The range-topping Signature S has proper leather seats, a 360-degree parking sensor system and automatic parking. 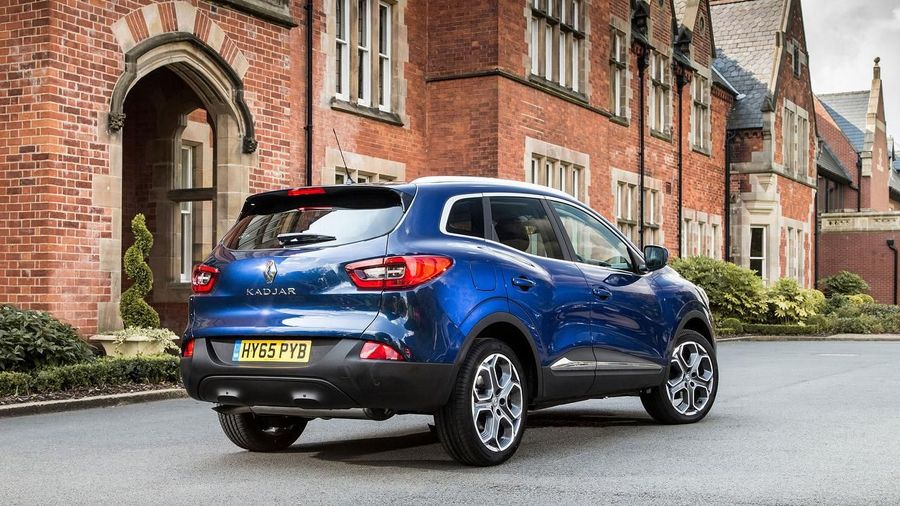 Because you like the idea of a Nissan Qashqai, but you don’t like how common that car has become. The Kadjar gives you most of the same virtues as the best-selling Nissan – a great driving experience and classy and functional cabin, to name but two – but with a different look and character. It also happens to be a bit cheaper to buy than the Nissan. 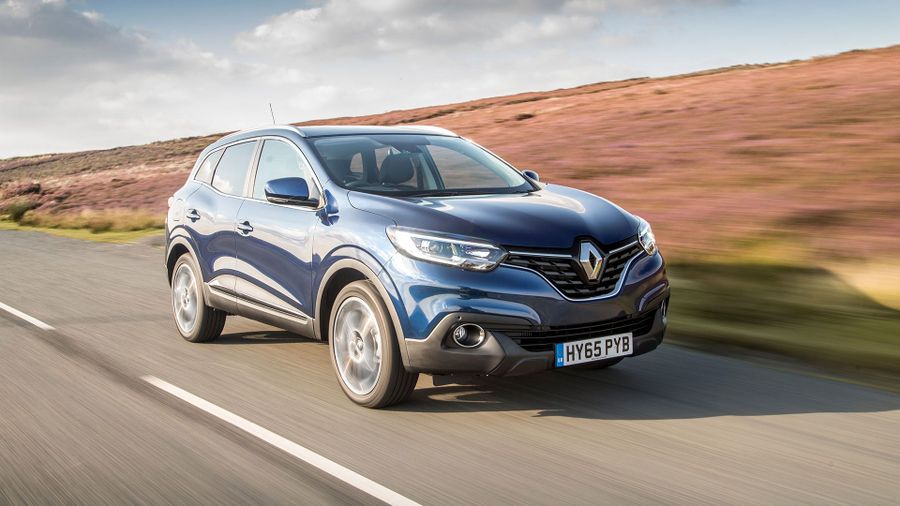