The Lexus IS looks utterly distinctive, and that alone could be enough to tempt drivers away from the usual suspects in the compact executive class. So could the hybrid model’s tax-friendly low CO2 emissions. Overall, though, we still think rivals like the Audi A4 and BMW 3 Series are better all-rounders.

Pick of the range
IS300h Executive Edition
Affordable to run and still has plenty of luxury kit.
Most economical
IS300h SE
Smallest wheels in the range equal the lowest CO2 emissions.
Best avoided
200t F Sport
Engine is thirsty yet lacklustre, and this trim is way too pricey to justify. 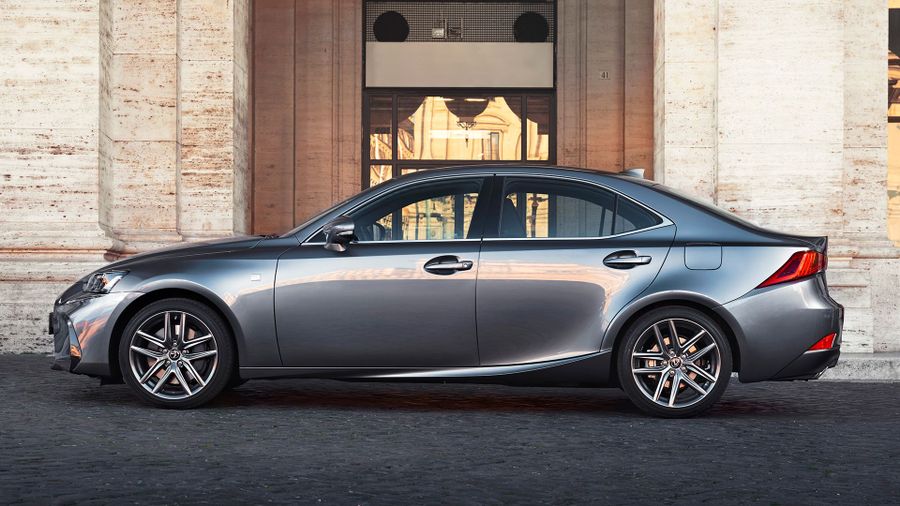 View gallery
“ The Lexus IS is an extremely striking car. ”

In a class dominated by all-too-familiar German cars such as the BMW 3 Series, Audi A4, and Mercedes C-Class, the Lexus IS is an extremely striking car. It’s all sharp edges and unconventional lines, starting off with the large pinched grille at the front, which is all the sharper after a mild facelift in early 2017. The LED daytime running lights, which look like slashes in the bumpers below the headlamps, add even more drama. In fact, across the range, pretty much every exterior light is fitted with LED technology to give some extra sparkle. All versions of the car look mean and aggressive, with standard alloy wheels, but the Sport and F Sport versions get some extra styling goodies for an even brasher, racier look. 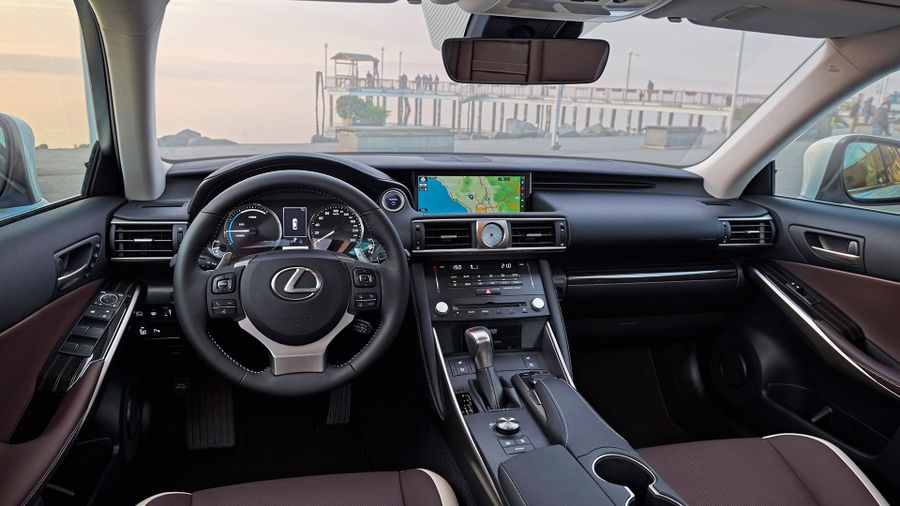 View gallery
“ Lexus has been as bold and unconventional with the inside of the IS as it has been with the outside. ”

Lexus has been as bold and unconventional with the inside of the IS as it has been with the outside, and there is some excellent attention to detail; case in point being the embellishments on some of the wood trim courtesy of the expertise of piano-maker Yamaha. Yes, the cabin feels exceptionally well built, but there are also some details that really let it down. For instance, compared to the A4’s ‘virtual cockpit’, the graphics on the IS’ dashboard and infotainment screen simply don’t look good enough; some of the displays and buttons look a bit too ‘1980s Casio’ for comfort; and, some of the controls are strewn across the centre console seemingly at random, making for awkward ergonomics. For instance, changing the cabin temperature by sliding your finger along a touch-sensitive strip, rather than spinning a dial or pushing a button, is a woefully imprecise way of doing things. Ditto the infotainment system, which (on some models) is operated via a mousepad-like controller rather than the conventional wheel. Throw in the unconventional foot-operated parking brake, and the IS just has too many foibles. At least the driving position has plenty of adjustment.

The IS provides a decent amount of space in the front seats, but those in the back won’t be quite so well off. Leg-room isn’t as generous as it is in most of the car’s rivals, and the sloping roofline means head-room is rather restricted, too. What’s more, the extremely narrow middle seat and bulky transmission tunnel in the floor mean that squeezing three people into the back isn’t just uncomfortable, it’s a complete non-starter. The boot is comparable to those of rivals for outright capacity, but the space isn’t a great shape. On all but the base SE model, you get split-folding rear seats as standard (which you don’t with many of the car’s rivals), but the backrests lie at an angle when you drop them, and there’s a small, awkwardly-shaped aperture to load your cargo through. 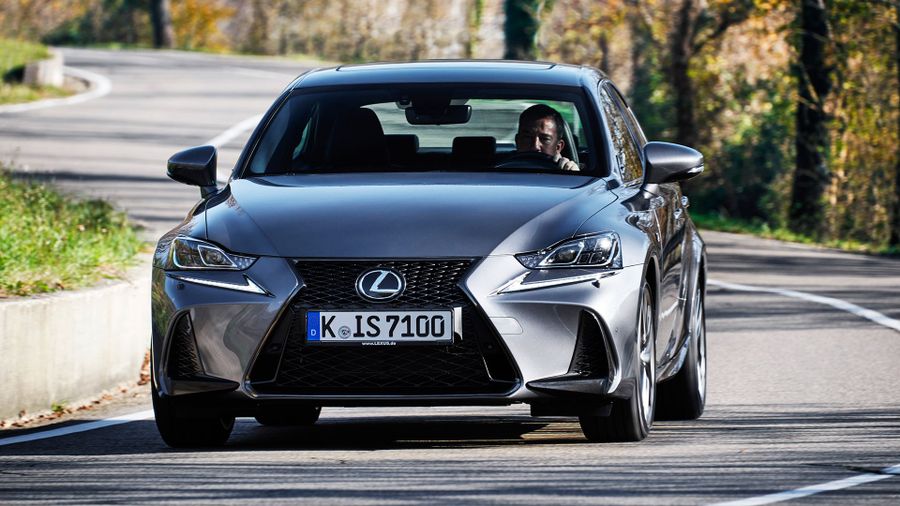 View gallery
“ You do get tight body control and a nicely balanced feeling in bends, while the steering gives consistent responses. ”

So far, we’ve only driven the 2017 IS abroad and on the largest (18-inch) wheels the car is available with. Sadly, despite the suspension being revised at the same time as the car was facelifted, the ride quality it delivers isn’t ideal, with things feeling rather jittery and unsettled at any speed, and on any surface. Granted, you do get tight body control and a nicely balanced feeling in bends, while the steering gives consistent responses (well, it does once you’ve turned the wheel beyond the initial point where it has no effect on the front wheels). But, with no feel through the wheel, the IS still isn’t as engaging or as rewarding to drive as many of its rivals, many of which also give a smoother ride.

Lexus offers the IS in two very distinct – and rather unusual – flavours. While most compact executive drivers choose a diesel-engined car, you can have the IS either with a petrol engine or as a petrol-electric hybrid. The 200t, with its turbocharged 2.0-litre petrol engine, gives an impressive sounding 241bhp. However, although the performance is undeniably perky, it doesn’t feel anywhere near as quick as that figure suggests, and while the eight-speed automatic gearbox operates smoothly, it’s not very quick. The IS 300h combines a 2.5-litre petrol engine with an electric motor to give a total of 220bhp, but again, once you’re out of town on the open road, you’ll find the pace on offer rather pedestrian unless you apply a bootful of throttle. However, when you do that, the continuously variable transmission will have the petrol engine screaming away in protest. Rivals with diesel engines give you much more instant and more easily accessible performance, and better refinement as a result. 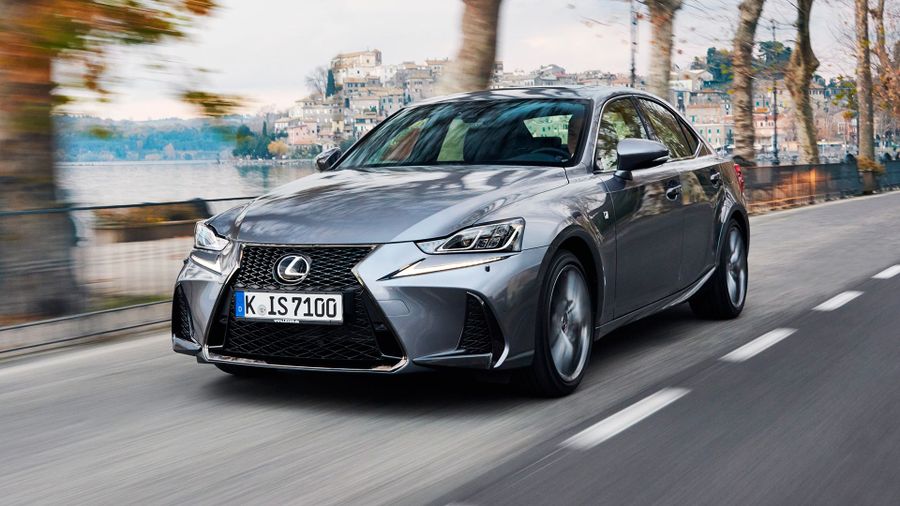 View gallery
“ On the positive side, the hybrid’s low CO2 emissions will make it very attractive to company car drivers. ”

The car’s performance in this area largely depends on which of the two versions you’re talking about. On the positive side, the hybrid’s low CO2 emissions will make it very attractive to company car drivers, because the car will command very low monthly tax bills, and doesn’t incur the same surcharge as diesel-engined rivals with similarly low emissions. It’s worth noting, however, that tax rates will be slightly pricier on higher-end versions, because the bigger wheels make the emissions slightly worse. Fuel consumption will also take a small hit, with the best version beating 67mpg, and the worst getting around 61mpg. In stark contrast to the hybrid, the 200t will cost an absolute packet to run. The claimed average fuel economy can’t even crack the 40mpg mark, while the correspondingly high CO2 emissions will mean comparatively lofty tax costs for company car drivers and private buyers alike. What’s more, no IS model is all that cheap to buy, and resale values aren’t as good as its German rivals.

There aren’t many car companies that have a better reputation in this area than Lexus. The brand regularly features on or near the top of any given reliability survey, and every one of its models weighs in with an equally solid performance. What’s more, Lexus dealers are renowned for delivering some of the best customer service in the business, so on the off chance that anything does go wrong, it shouldn’t be much of a headache to fix. 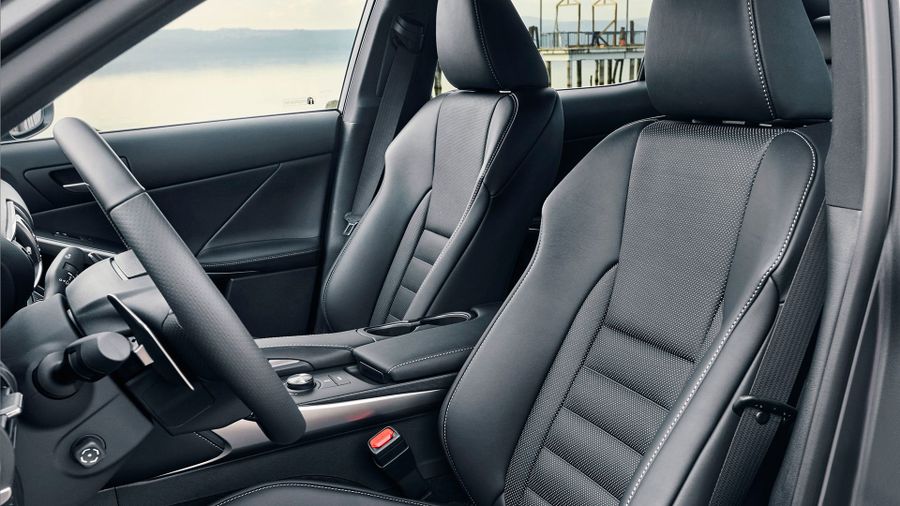 The IS earned a maximum five-star rating in Euro NCAP crash tests, receiving an impressive 91% score for adult occupant protection. It also scored 80% for pedestrian protection, thanks to the pop-up bonnet that is standard across the range. Also standard are eight airbags, including knee ’bags for driver and front seat passenger, but avoid the base SE model to get the best safety kit. This is the only model in the range without the Safety System+ Package, which includes Adaptive Cruise Control, Pre-Crash Safety, Lane Keep Assist and Traffic Sign recognition. Otherwise, every model gets a very decent set of standard safety kit, and pretty much all that’s missing is an automatic city braking system.

The IS comes in a wide range of trim levels, but we think it’s worth stepping up from the basic SE model, as it’s the only model to miss out on sat-nav, automatic wipers, heated front seats and a reversing camera, as well as the only one to not upgrade the standard air-con to a dual-zone system. Otherwise, the rest of the range comes with adaptive cruise control, four electric windows, Bluetooth connectivity and a DAB radio. Mid-range Advance trim adds leather upholstery, ventilated and electrically adjustable front seats, while Luxury brings parking sensors and smarter interior trim. As you would expect, Sport and F Sport models have a sporty makeover inside and out, while the top of the range Premier model adds the Premium sat-nav system (with a larger screen) and a Mark Levinson stereo, as well as a Blind Spot Monitor and Rear Cross Traffic Alert system. 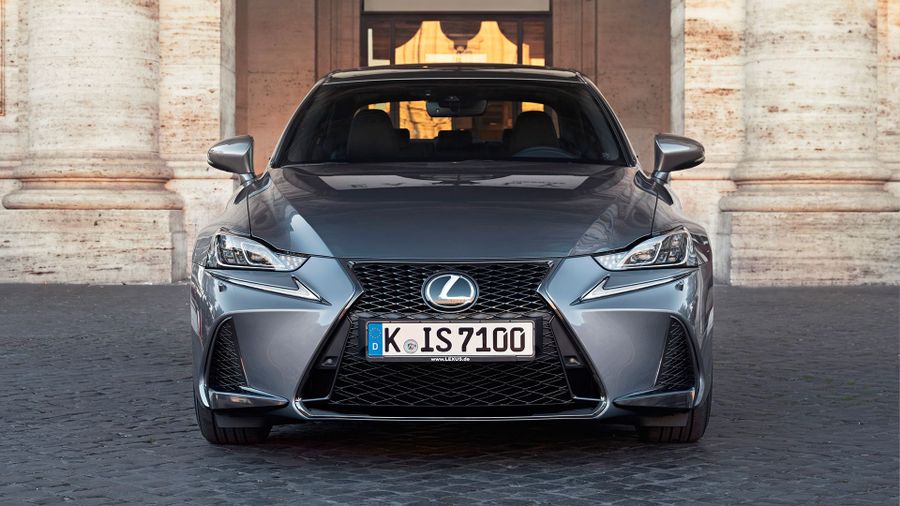 View gallery
“ It’s the low running costs that will be the real attraction of the hybrid model. ”

The distinctive looks will doubtless win over some buyers, but it’s the low running costs – courtesy of the good CO2 emissions – that will be the real attraction of the hybrid model. However, we can’t see much appeal in the 200t, especially when its performance is far too lacklustre to justify the high running costs. 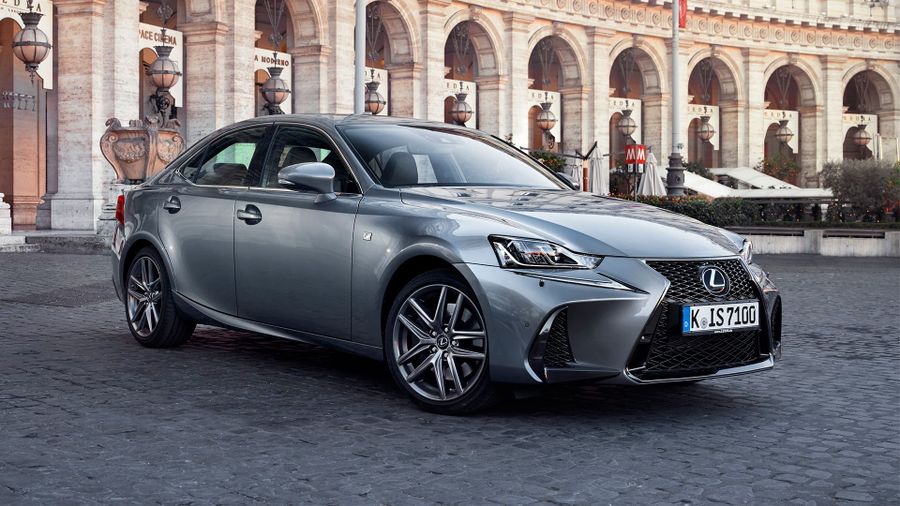