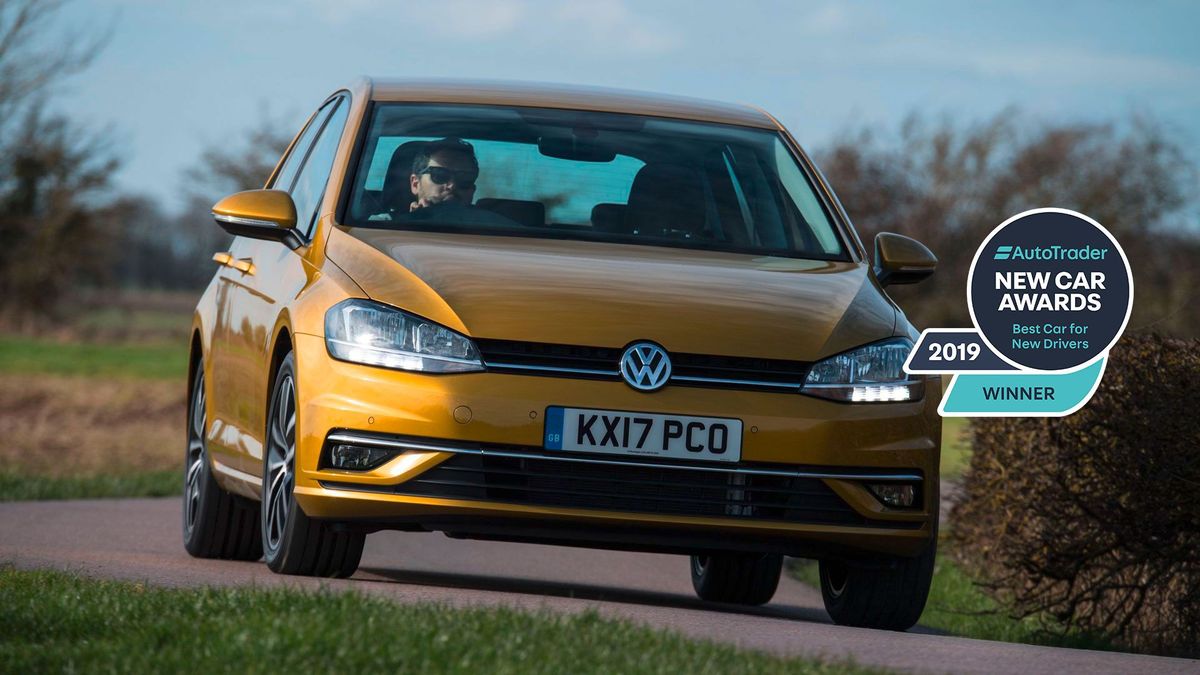 There’s an all-new Golf on the way but the fact this outgoing one is still the benchmark in an incredibly competitive class says much for how important this car is to Volkswagen. From honest, everyday cars through to blistering hot hatches and taking in plug-in hybrids and pure electric versions along the way there’s a Golf for everyone, desirability across the board contributing to strong sales and stellar residual values. It’s an award winner too, picking up the Best Car for New Drivers in our 2019 New Car Awards.

Pick of the range
1.0 TSI Match
Enough power, great efficiency, lots of kit.
Most economical
e-Golf
As it runs purely on electric power, the e-Golf uses no fuel.
Blow the budget
2.0 TSI 300 R 4Motion
The R is a riotous hot hatch, but it’s also as sophisticated and refined as any Golf.

Running costs for a Volkswagen Golf 5/5 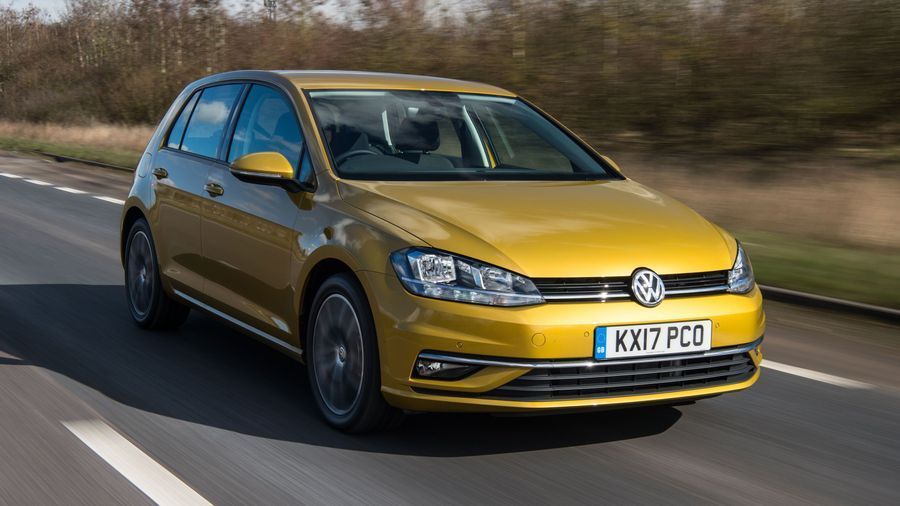 The Golf sits at the pricier end of the spectrum but it’s not that much more expensive than most of its mainstream rivals, and it definitely feels worth the money. What’s more, it has stronger resale values than most of its rivals, helping you whether you buy the car outright, on finance or as a lease.

All the engines are competitive when it comes to fuel economy and CO2 emissions, but there are a couple of superstars in the range. For example, the 110 horsepower, three-cylinder petrol has low CO2 emissions, meaning very keen tax rates, and it also delivers a strong fuel economy. The hybrid GTE returns even more sensational figures while the e-Golf has no tailpipe emissions at all. That translates into exceptionally low tax liabilities and exemption from the London congestion charge for the latter, as well as making the car eligible for a significant government grant to help towards its relatively high purchase price.

Reliability of a Volkswagen Golf 3/5 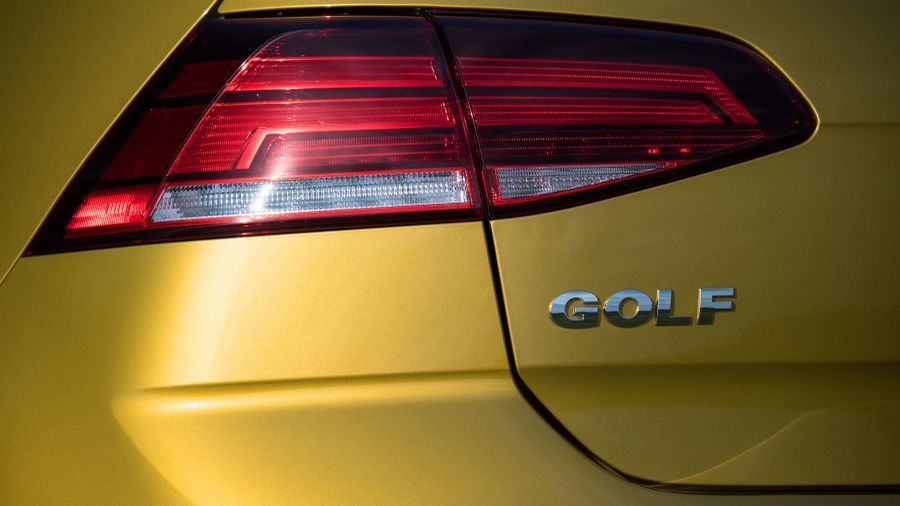 Volkswagen has managed to carve itself a strong reputation for reliability, but this isn’t necessarily reflected in the various surveys we’ve seen. Indeed, the brand is fairly entrenched in the bottom half of the manufacturer standings on Warranty Direct’s Reliability Index, while as an individual model, the Golf’s score is – historically at least – pretty disappointing. More up to date information, from JD Power's Vehicle Dependability Study, suggests an upturn in fortunes, as VW as a brand scores better than average. The three-year/60,000-mile warranty is about par for the course, but not especially generous.

Safety for a Volkswagen Golf 4/5 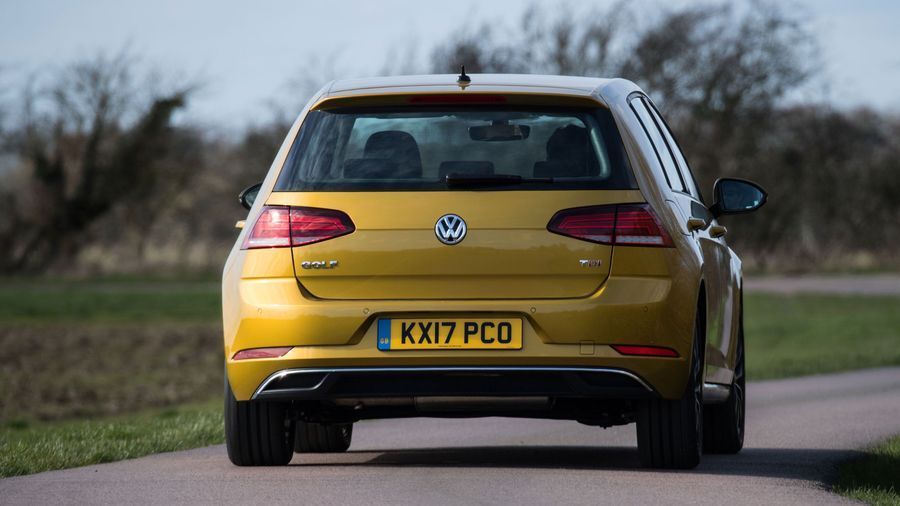 The Golf scored a full five-star crash-test rating from safety organisation Euro NCAP. All versions get front, side, curtain and knee airbags, plus Isofix points for two child car seats in the back. There’s also a system that locks the brakes on during a crash to prevent further impact. A pre-crash system, which in the event of an imminent collision, will close windows and the sunroof to ensure the airbags can work most effectively is also included, as is pedestrian monitoring, complete with low-speed autonomous emergency braking. There’s also traffic jam assist as an option. Although the driver still has to keep their hands on the steering wheel at all times, the system enables the car to steer around obstacles, accelerate and brake automatically. Availability and cost varies according to trim level but there’s also the opportunity to upgrade optionally with various driver assistance systems, including active lane keeping, blind spot warnings, active cruise control and sophisticated self-dipping headlights.

How comfortable is the Volkswagen Golf 5/5

Depending on which version you choose, you get different suspension configurations. Less powerful versions have a fairly basic rear suspension, slightly more powerful versions have a more sophisticated set-up at the rear, while the sporty versions get various arrangements that are lowered and stiffened to varying degrees. Adaptive dampers branded ‘Dynamic Chassis Control’ are also an option on some models, the settings selectable via the driving modes. The interesting thing is, you can’t really go wrong with any Golf, as even the most basic one gives you a superbly comfortable and quiet ride. The sportiest versions are very comfortable when compared one with their hot hatch rivals, but they also deliver on the thrills.

Throw in steering that’s responsive, consistent and accurate, plus control weights that are perfectly finessed, and you’ll find that driving your Golf, whatever flavour it is, is an absolute dream. The one exception to that rule is the e-Golf, which doesn't feel quite as comfortable or as quiet as the other Golfs, although it's by no means bad, and the noise is only really an issue at motorway speeds. Fundamentally though, the Golf is brilliant at the basics, with loads of seat and steering wheel adjustment, along with comfortable, supportive seats. Having said that, taller drivers should try the GTI seats before they buy, as we found the headrest pushed the head uncomfortably forwards

Features of the Volkswagen Golf 4/5 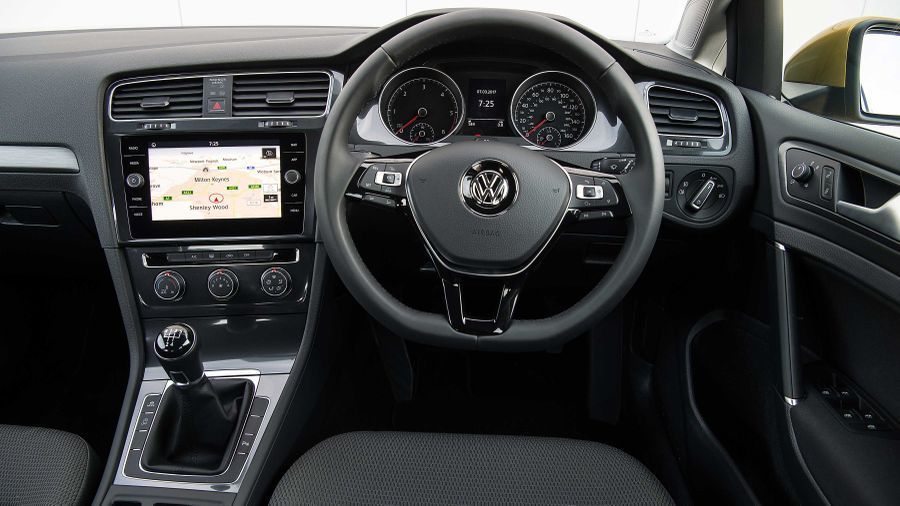 Mainstream Golfs are offered in plenty of varieties, which can make the pricelist somewhat overwhelming given the range of trim levels and Volkswagen’s habit of rebranding and reshuffling them. Currently entry-level S cars come with a decent amount of kit, including remote locking, air-conditioning, electric front windows, and a touchscreen infotainment with Bluetooth, DAB, and eight speakers. Match trim is well worth the upgrade, though, given it includes front and rear parking sensors, adaptive cruise control, touchscreen navigation and smartphone integration via Apple CarPlay, Android Auto and MirrorLink.

Trim and features become steadily fancier as you progress up the range, R-Line including sportier styling elements inside and out. GTE, Golf GTI and Golf R models have their own specific kit lists, as does the electric e-Golf, and all of them are as extensive as you would expect from some of the dearest models in the range.

Power for a Volkswagen Golf 4/5 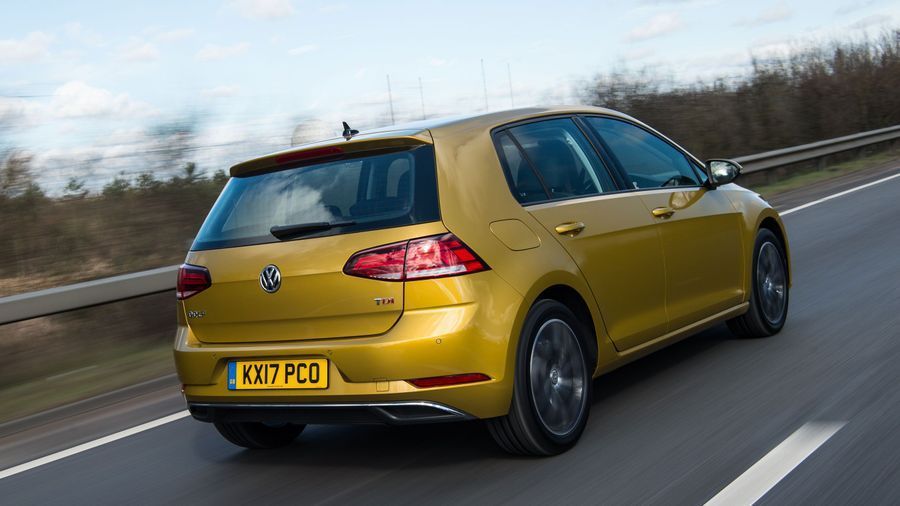 There’s an engine to suit every taste in the Golf range, and every one we’ve tried is – in its own way – very impressive. The most affordable is the 1.0-litre petrol which, if not quick, is perkier than you’d imagine and very flexible. The 1.5-litre petrol is available in two levels of tune and both feel substantially quicker and wonderfully smooth. The 2.0-litre powerhouse in GTI and R models is exceptionally strong too.

Diesel choices start with a 1.6-litre unit, which is very flexible if not all that quick, and it could be quieter and smoother, too. The 2.0-litre diesels address these issues, are much more flexible, and throw in a fair bit more pace. Most Golfs get a slick-shifting manual gearbox as standard, but many are also available with a smooth twin-clutch gearbox as an option.

The GTE plug-in hybrid has both a 1.4-litre petrol engine and an electric motor to deliver 204 horsepower, meaning it has near-hot hatch pace but with unbelievably low running costs. There’s also an all-electric e-Golf, which is eerily quiet and smooth as it fizzes up to speed; and, believe us, it does feel pretty quick 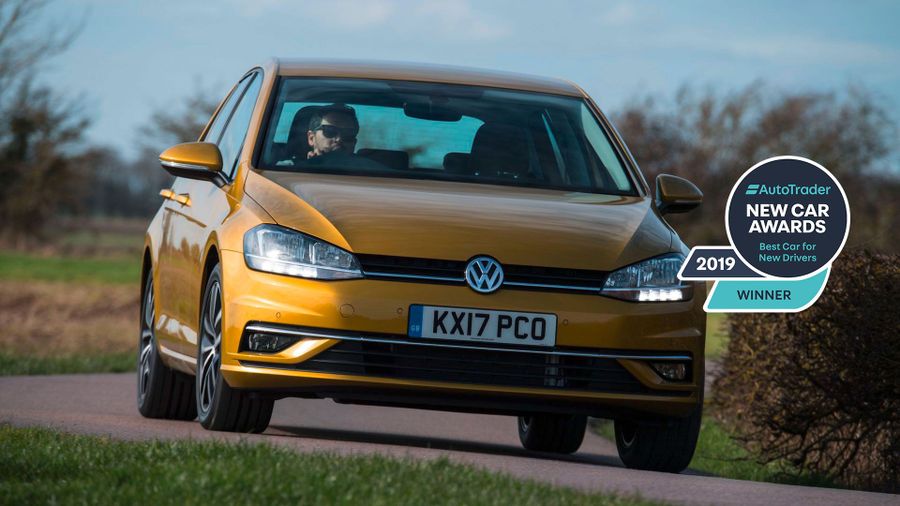