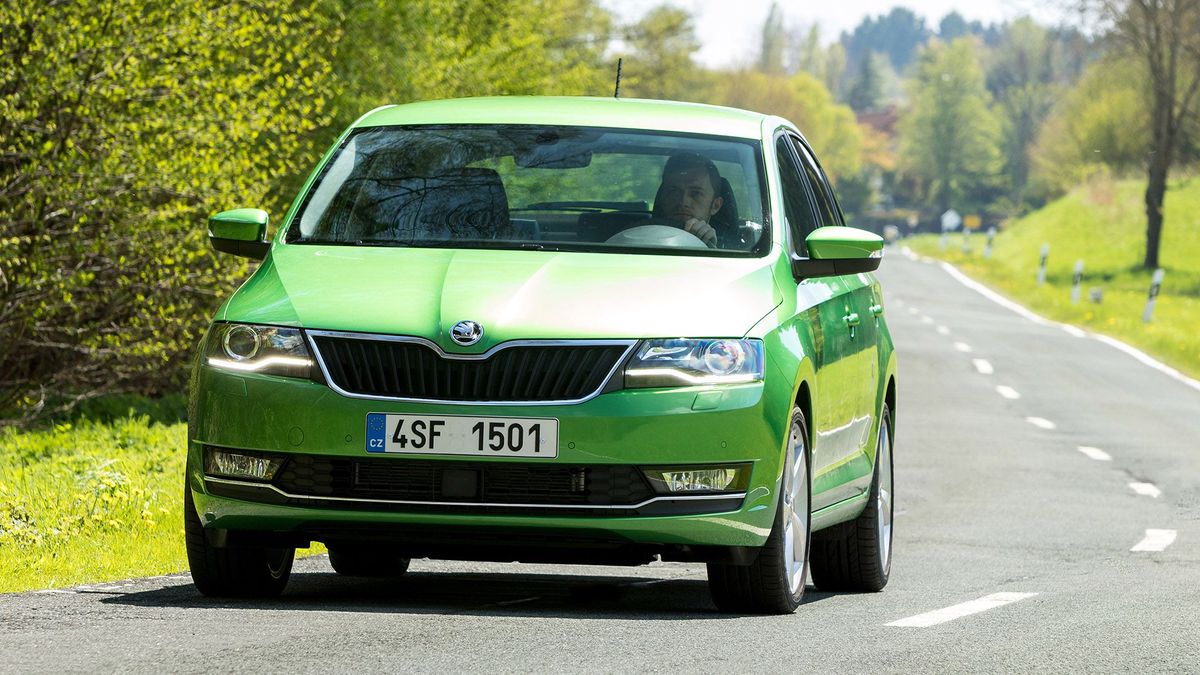 The Rapid provides lots of car and a very big boot for your money, but it has some formidable opposition and we think you can spend your money more effectively. Cars like the Ford Focus and Vauxhall Astra are more enjoyable to drive, and Skoda’s Octavia is a much better car for not much more cash.

Pick of the range
1.0TSI 110PS SE
Sweet-revving engine supplies the go, SE spec delivers most of the desirable kit.
Most economical
1.4 TDI 90PS
It’s great on the juice, but not much else.
Best avoided
1.4 TDI 90PS S
Noisy engine creates lots of vibrations, and S trim is basic. 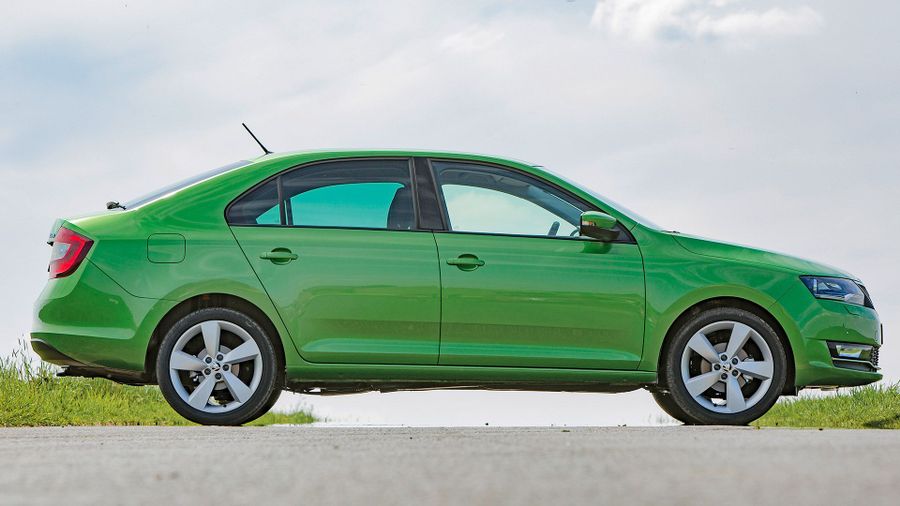 The front and rear of the Rapid were slightly redesigned as part of a facelift in 2017. With clean, crisp lines, this is a smart enough car, even if it looks rather conservative. Entry-level S trim is certainly very affordable, but doesn’t look particularly attractive, with steel wheels. Second-rung SE trim gets you alloys, tinted glass and front foglights. On top of this, Sport brings you a rear spoiler and black door mirrors, while top SE L trim adds a chrome surround on the grille. You can spice things up further by specifying a special colour or metallic paint, which is optional across the range, while LED rear lights are available at extra cost on all trims except the most basic S. 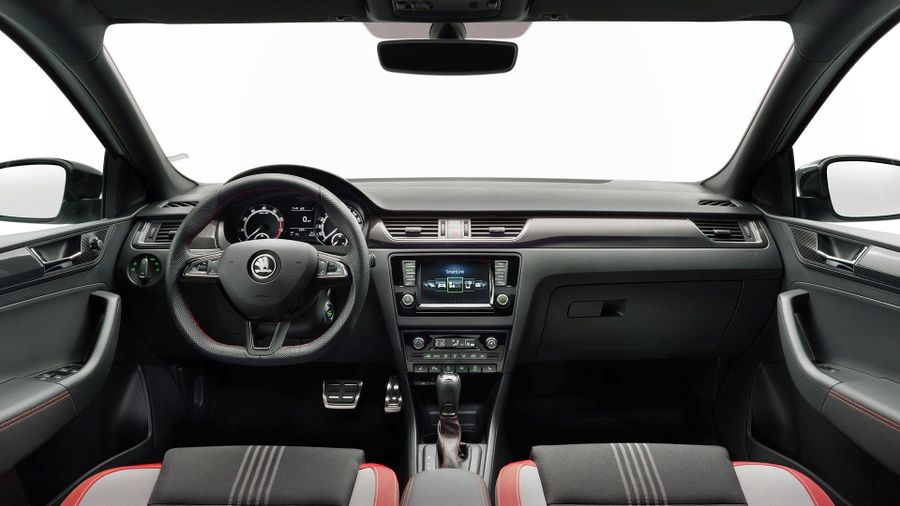 Sitting behind the wheel, there’s a good range of steering wheel and seat adjustment. Overall, the cabin has a reasonably sophisticated, grown-up look, but it’s worth going for something higher than the basic S trim, as it’s the only one to come without the smarter leather trim on the steering wheel and gear lever. Step up to Sport and you’ll get steel pedals, but you need to go as far as SE L to add floor mats and chrome door handles.

Whichever trim you choose, the plastics look a little brittle and flimsy in places, but there’s no faulting the way they’re stuck together. However, if you touch anything, you’ll discover all the plastics are extremely hard. This is particularly noticeable and rather uncomfortable if you accidentally rub your elbow against the door, or when travelling with your knee resting against the granite-like centre console.

In the front, there’s plenty of leg- and head-room, but if you’re carrying a front seat passenger, it can feel a wee bit tight on shoulder-room. It’s similarly good news in the back, where the seats have tons of head- and leg-room, so there’s space for even tall passengers to stretch out. There’s just about enough shoulder-room to allow you to carry three kids in the back seats, too.

Given the way it looks, you might assume the Rapid was a saloon, with a separate boot, but it’s actually a hatchback, with a much bigger load bay than the Rapid Spaceback. With a capacity of 550 litres, it provides similar luggage space to much larger cars, like the Ford Mondeo. However, it’s far from perfect, though. There’s an enormous load lip to negotiate when hauling heavy items in, and when you fold the rear seats down, the backrests simply flop down on top of the bases, leaving a stepped load bay. 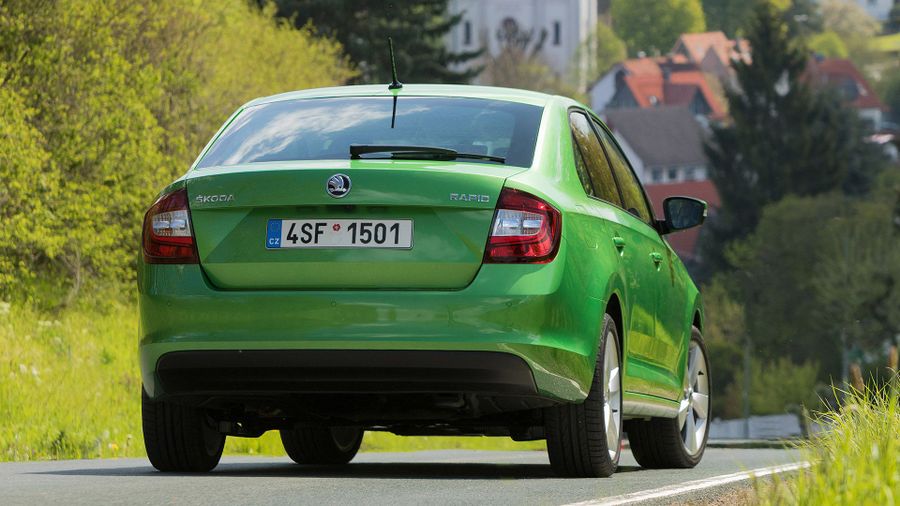 On the road, the Rapid has a relaxed, easy-going character that’s very much in contrast to its name. It’s not the most engaging car to drive, but it’s light and easy to manoeuvre around town, and the ride feels reasonably civilised over smoother surfaces. Trouble is, once the surface gets a bit nastier – as it all too often does in the UK – the suspension tremors rather too much, and it’s something you’ll notice particularly at higher motorway speeds.

The handling is similarly mediocre: it feels secure and predictable, but it doesn’t respond with the same agility as the best hatchbacks, especially with the additional weight of a diesel engine up front. While road-noise is reasonably well suppressed, you will notice quite a bit of wind-noise, especially at motorway speeds as the breeze rushes past the door mirrors.

The Rapid engine range kicks off with a pair of turbocharged 1.0-litre three-cylinder engines. They’re identical in all but their power output, so you can choose the cheaper 95PS version, or go for the punchier 109PS version if you fancy a bit more pep. The more powerful of the two is – by some distance – the pick of the range. It’s unmistakably a three-cylinder engine from the moment you fire it up (thanks to its thrummy exhaust note), but it pulls eagerly at low revs and it’s capable of decent speed if you work it harder.

Although the 1.6-litre diesel isn’t all that quick, and it is rather noisy and transmits too many vibrations through the steering wheel and pedals, it has enough strength at low revs to pull from low speed in high gears. The 1.4-litre three-cylinder diesel engine is a proper clunker. On top of the same characteristic three-cylinder thrum as the petrol engines, it also produces lots of noise and vibration. 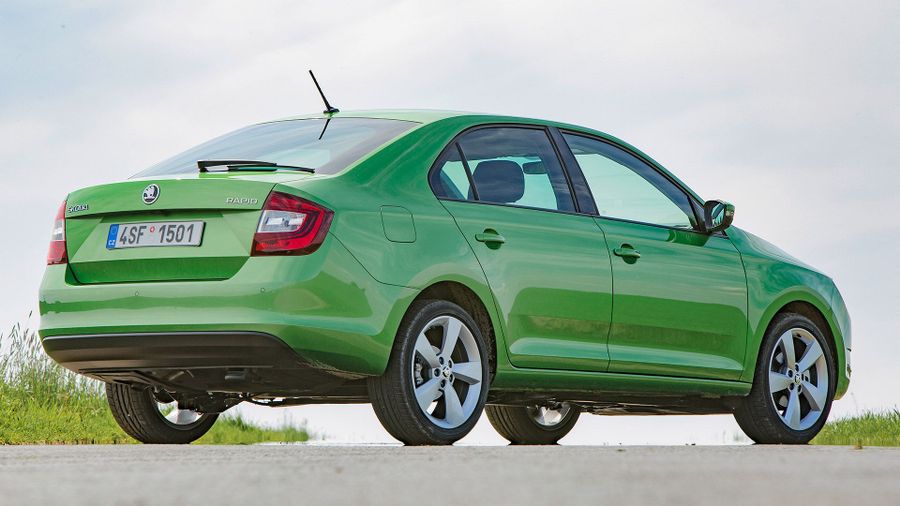 The Rapid is a cheap car, providing you stick with the entry model, but bear in mind that, as soon as you step up a trim level, you’ll instantly add more than £1000 to your invoice. Then again, you’ll hardly notice this increase if you are buying the car on a monthly PCP contract, and there are some particularly tempting deals if you decide to go down this route. The engines are pretty easy on the juice, too. According to official tests, the 1.0-litre petrol engine will return more than 60mpg, while the 1.4-litre diesel will better 70mpg. Insurance costs are also pretty negligible.

There isn’t much reliability data available on the Spaceback, but you can take some comfort from the fact Skoda usually does very well in the various reliability and customer satisfaction surveys. What’s more, Owner Reviews for the pre-facelift Rapid and Rapid Spaceback are uniformly positive about the car’s reliability. The manufacturer currently sits reasonably pretty in Warranty Direct’s manufacturer standings, too, although the three-year/60,000 mile warranty is no better than average for the class. 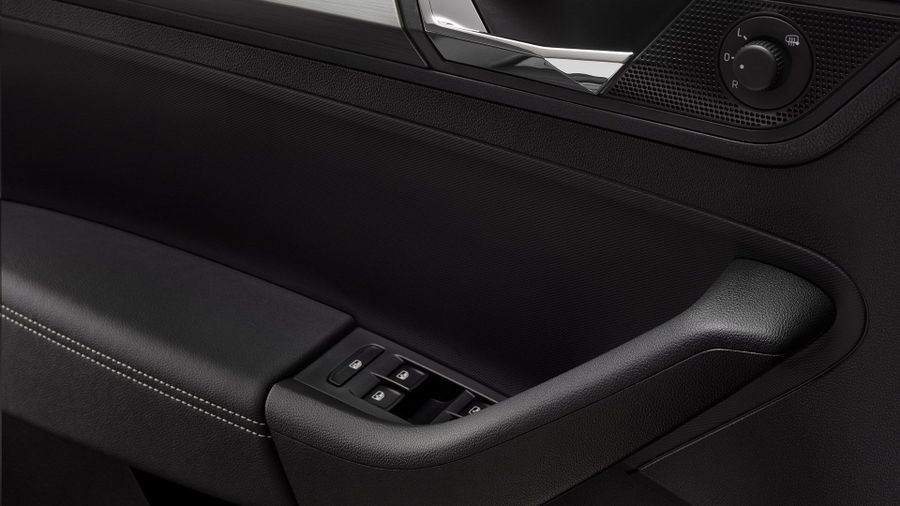 The Rapid provides all the safety kit you’d expect, including things like stability control and six airbags, as well as some things you might not in such a good-value car, such as Predictive Pedestrian Protection, including City Emergency Brake. Best of all, this is standard on every model.

The Rapid achieved the maximum five-star rating when it was tested by Euro NCAP, scoring a commendable 94% for adult protection and 80% for child protection. However, that test was carried out in 2012, when the standards were less stringent than they are nowadays, so there’s no guarantee it would achieve the same if the tests were carried out again today.

The Spaceback comes reasonably well equipped – if you avoid the most basic S-trimmed model. The S comes with remote central locking, electric front windows, a touch-screen infotainment system, and a height-adjustable driver’s seat, but we think it’s worth spending the extra on SE trim, which adds cruise control, air-conditioning, rear electric windows, and a multi-device interface, which allows you to play music from an external source like a smartphone.

The extras on Sport trim mostly smarten up the looks of the car, but if you stretch to SE L, you add climate control, extra storage and an armrest between the front seats. However, you’ll need to spend extra on options if you want DAB radio, sat-nav or front and rear parking sensors. 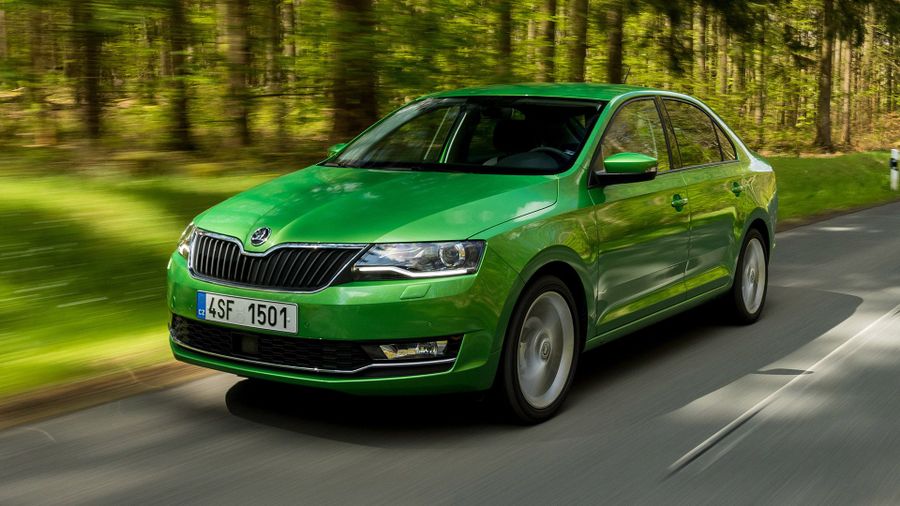 A big boot and a small price tag are arguably the Rapid’s biggest assets, but in many ways, it always feels like a car built to a tight budget. While many superminis provide a more engaging drive, the superb Vauxhall Astra can be had for not much more. It’s also worth bearing in mind that if you can stretch your budget, Skoda’s next model up, the Octavia, drives and feels like a far more sophisticated car. It offers even more practicality, a much nicer interior, a better driving experience, and far greater refinement. 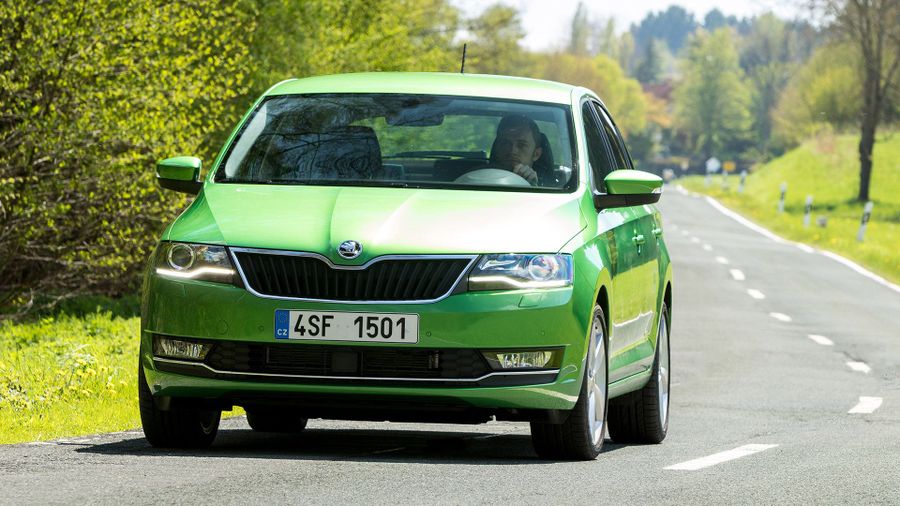