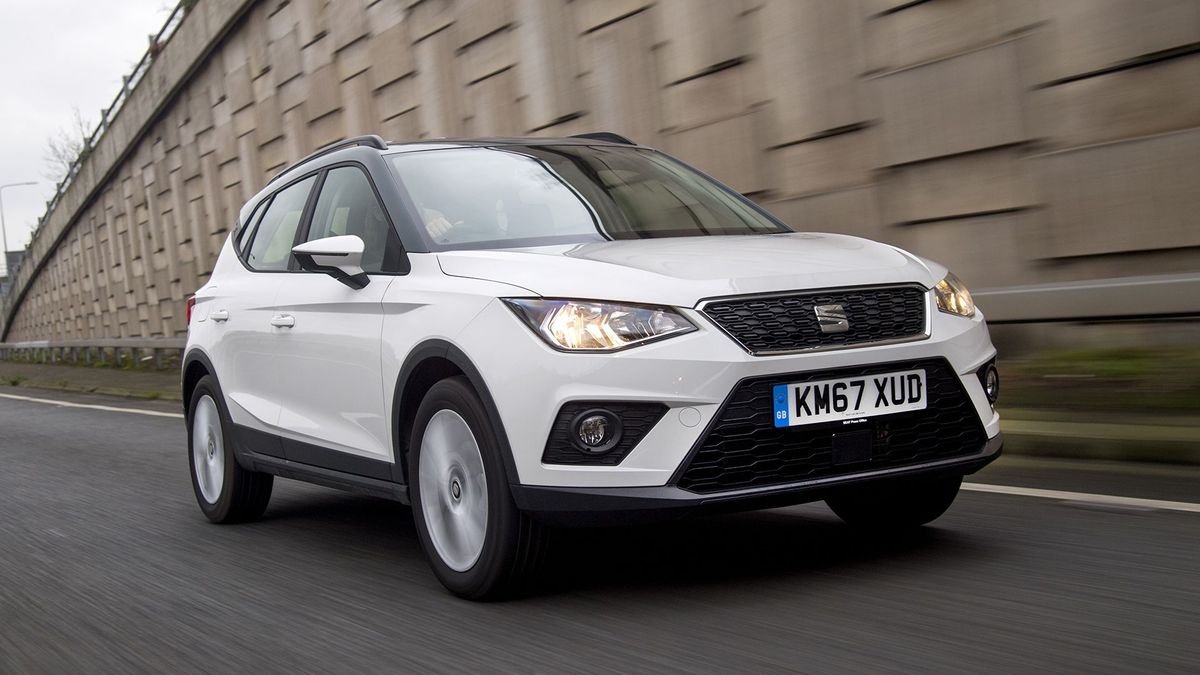 The Seat Arona is a small SUV that competes with rivals such as the Kia Stonic, Renault Captur and Peugeot 2008. Like the rest, it’s stylish, affordable to buy and run, and practical enough for a small family. It also happens to be better to drive than most rivals.

Running costs for a SEAT Arona 4/5 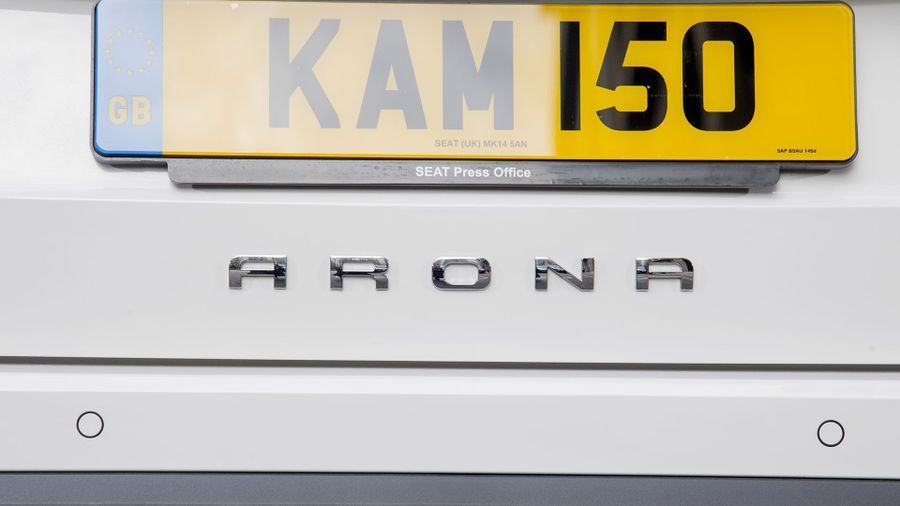 Compare it with the Kia Stonic, Renault Captur and Peugeot 2008, and you’ll find that the Arona isn’t the cheapest small SUV to buy, but at the same time, it certainly isn’t the most expensive. That’s not the full story, either, because the Arona has relatively strong resale values. Combine that with the car’s impressive fuel economy and CO2 figures, plus affordable servicing and repair costs, and you’ll find that the Arona will cost you less overall than most rivals during an average three-year ownership period.

Reliability of a SEAT Arona 3/5 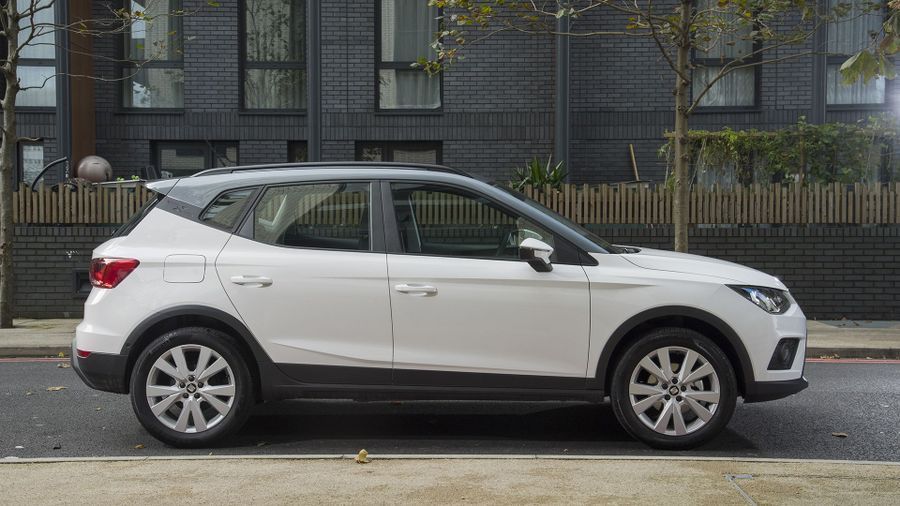 There isn’t much reliability data available for the Arona just yet, but Seat as a brand has enjoyed a solid reliability record in recent years. The manufacturer sits slap-bang in the middle of the table in the 2019 JD Power Vehicle Dependability Survey, right on the cusp of the industry average. Should anything go wrong, Seat offers a two-year, unlimited mileage warranty and three years with up to 60,000 miles. However, some rivals offer more impressive warranties, most notably Kia. If you buy a Stonic, you’ll get a standard seven-year/100,000-mile warranty.

Safety for a SEAT Arona 4/5 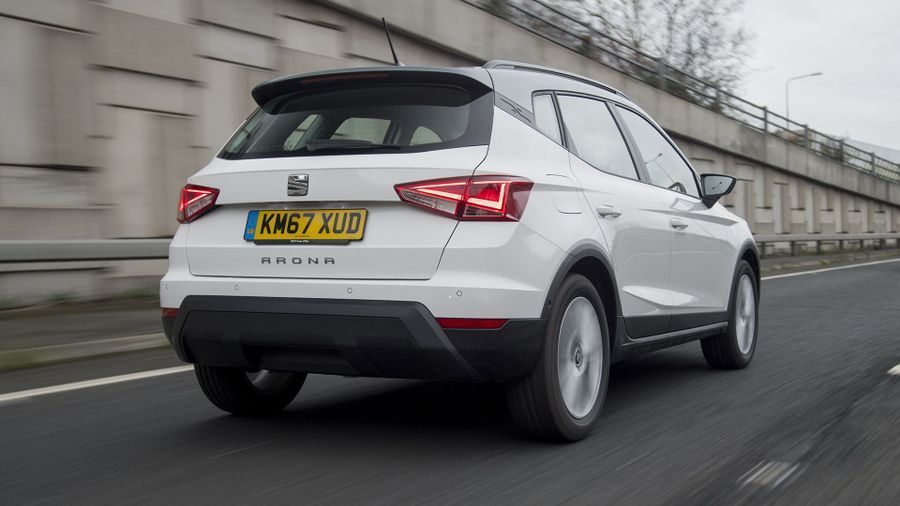 All versions come with six airbags, along with Isofix child seat mounting points in the two outer rear seats. They also include a tiredness recognition system, which will warn you if you’re getting drowsy, and a multi-collision braking system, which will lock on the brakes after an accident to help prevent further impacts. Front Assist – Seat’s name for automatic emergency braking – is also standard, and will apply the anchors if the car is about to crash and you don’t respond to warnings. However, some other safety systems are restricted to the two Xcellence models, and there’s no option to add them to other versions. These systems include blind spot warning and rear cross traffic alert.

How comfortable is the SEAT Arona 3/5 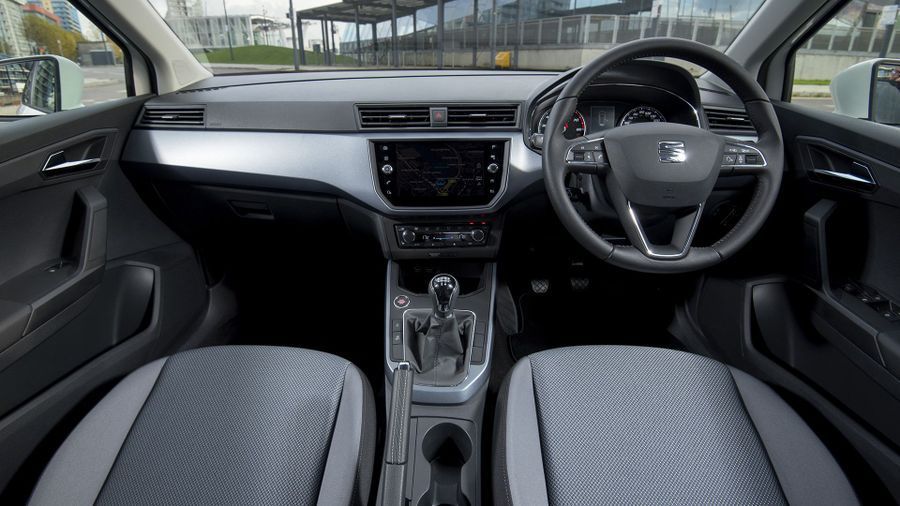 Considering its diminutive size, cabin space is pretty good in the Arona. There’s plenty of room for four adults, with adequate kneeroom and generous headroom in the back, but it’s also true that a Renault Captur offers passengers more space to stretch out. Put a third adult in the back and things will start to feel cramped pretty quickly. To be fair, though, that’s the case with all cars of this type. Boot size is impressive; larger than rivals like the Kia Stonic and Nissan Juke, but it doesn’t have the party piece of the Renault Captur, which lets you move the rear seats backwards or forwards for extra space. Still, the seats fold down to create a flat load space, thanks to a useful two-level boot floor. In the cabin, there’s a useful cubby hole in front of the gearstick, two cupholders and space under the centre armrest, as well as good-sized door pockets.

Everything in the cabin feels very solid and the plastics are of a decent quality, but the materials in many rivals feel posher. The driving position should suit most people, with plenty of adjustment on both the seat and the steering wheel. All versions except the entry-level SE get an 8.0-inch touchscreen infotainment system in the middle of the dashboard, and it’s easy and intuitive to use.

The way the Arona behaves on the road depends on which version you go for, because the FR models have a stiffer suspension set-up than the other models. Even with the standard models, you feel plenty of the surface beneath you, especially at low urban speeds, but it’s nothing that’s going to upset you or your passengers. In the corners, meanwhile, the car’s tall body and small footprint result in a fair amount of body roll as you change direction, but again, it’s nothing that going to have you feeling unsettled. The steering might, because it’s super-quick and super-light, meaning it can occasionally feel a little twitchy. That said, the lightness comes in handy during parking manoeuvres, and so does the Arona’s impressively tight turning circle. If anything, the FR models are actually better to drive, because the extra stiffness keeps body roll in check more, making the car feel generally sharper and more agile, but importantly, this doesn’t have any negative effect on ride comfort.

Features of the SEAT Arona 4/5 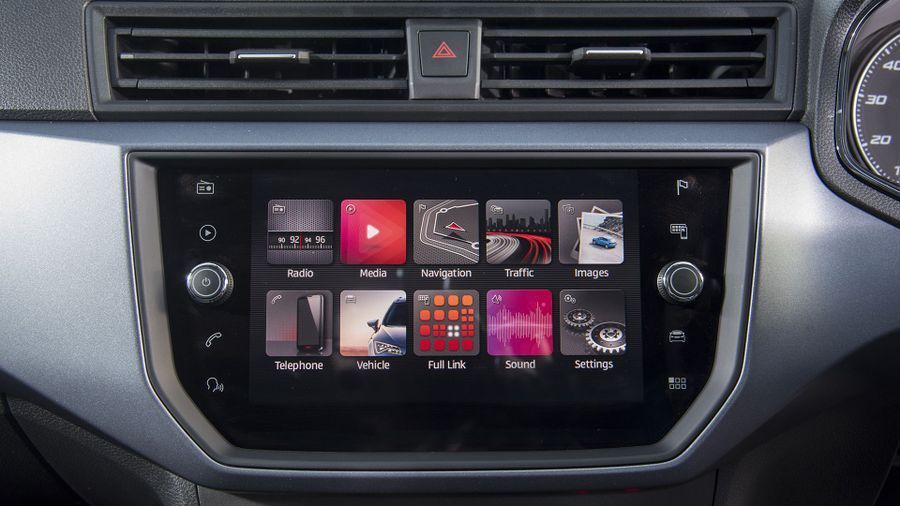 The Arona is unusual, because the list of features you can have is governed entirely by the trim level you choose, and there is no scope for adding optional extras when you order. This is intended to streamline the buying process and avoid confusion, but if you’re someone that likes to tailor your car to the nth degree, you might find this frustrating. For the rest of us, it simply means choosing a colour, trim level and engine, and you’re done.

The entry-level SE comes with automatic headlights, cruise control and a 6.5-inch colour touch-screen, through which you can control your DAB radio and Bluetooth connected smartphone audio. Air-conditioning is also included, as is the useful double boot floor. The SE Technology is broadly similar, but adds an upgraded 8.0-inch touch-screen with satellite navigation and wireless charger for your phone. The FR and FR Sport’s extras are mostly cosmetic and performance related, but the Xcellence bundles keyless entry and engine start and adaptive cruise control, which will automatically match pace with the car in front of you on the motorway. The top-end Xcellence Lux has posh faux-suede upholstery, and can park itself. 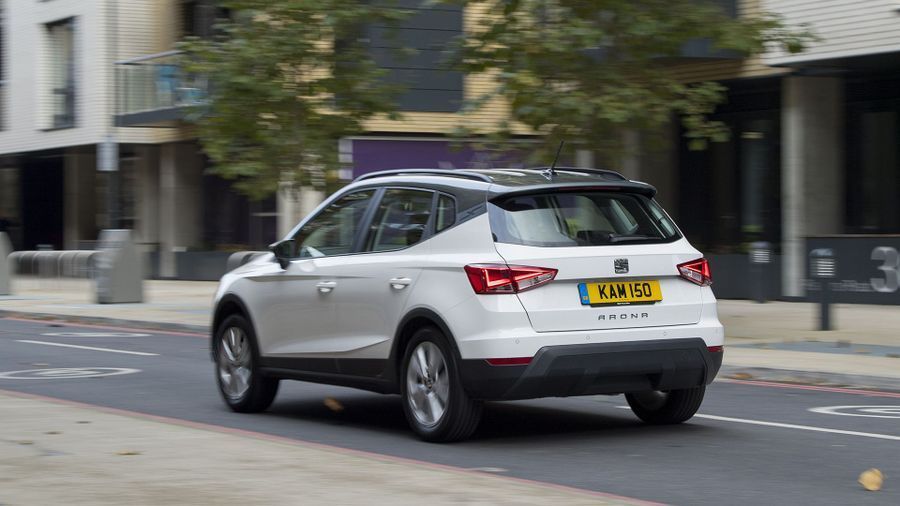 For most people, the 115 horsepower 1.0-litre petrol engine should be more than adequate for everyday use. It has just enough oomph for a car of this size as long as you’re not hauling lots of stuff or passengers around, and it’s also reasonably smooth and quiet. There’s also another version of the 1.0-litre petrol engine that has 95 horsepower, and it feels fine when you’re pootling around town, but in truth, it can start to feel a little overwhelmed when you break free of the city limits. Those wanting maximum zip will find it in the 1.5-litre petrol model, which has 150 horsepower and delivers plenty of punch.

If you’re doing longer journeys, you may want to look at the 1.6-litre diesel option with 95 horsepower for its improved fuel economy. It’s absolutely fine for performance; not very fast, but it’s responsive and eager enough to get you motoring along at a fairly decent lick. You’ll find it a lot noisier than the petrols, though; it grumbles and chunters even under a light throttle, and buzzes away at motorway speeds.

Most models come with a manual gearbox, but the 115 horsepower petrol and 95 horsepower diesel can be specified with a twin-clutch automatic instead, which works well. 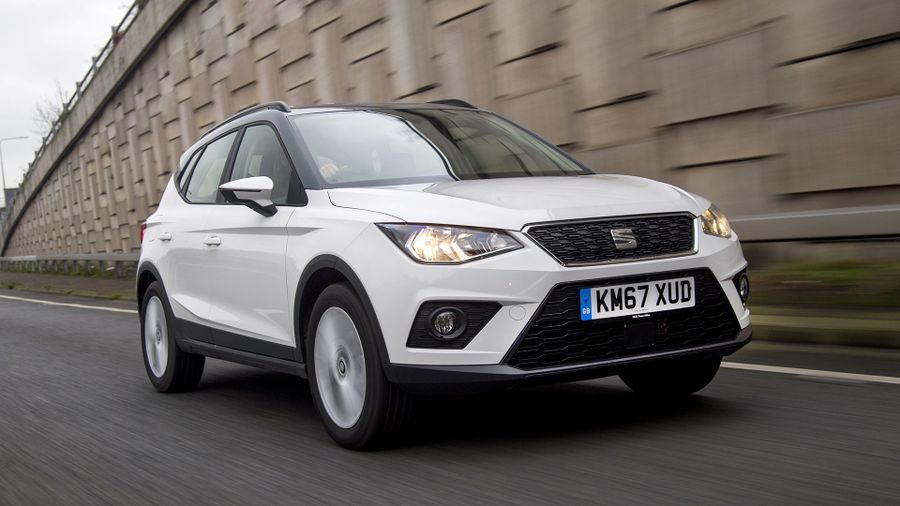