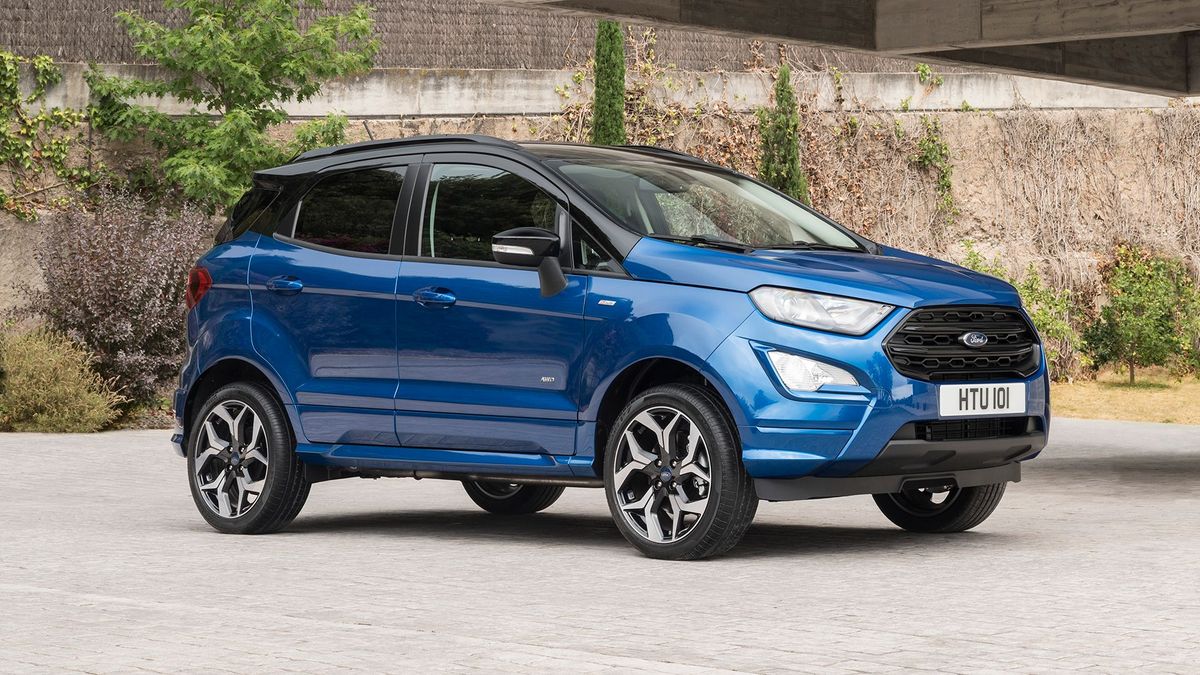 View gallery
First published: 5th September 2017
Share on Facebook on Twitter
Ford has revealed the first pictures of its new Ecosport small SUV. Due to be seen for the first time at next week’s Frankfurt Motor Show, it’s claimed to offer more versatility and new technology, as well as updated looks, a new engine and four-wheel drive.

The new look is perhaps the most obvious change, and clearly designed to reflect Ford’s other SUVs, the Kuga and Edge. The front end is dominated by a new grille, angular headlights incorporating LED daytime running lights, and a bonnet with a central bulge. At the same time, the rear bumper and tail lights have also been revised, while buyers can choose from 12 exterior colours, and further personalise their car by choosing a contrasting colour for the roof, or by having the spare wheel mounted on the boot.

Inside, the Ecosport has what Ford says are easier-to-use controls and soft-touch materials, as well as a new centre console similar to the one in the new Fiesta, with an 8.0-inch touch-screen and interior lighting that can be set to one of seven colours. On top of that, the boot also features a new height-adjustable floor that can be raised to hide items underneath, or lowered to increase the overall luggage capacity. 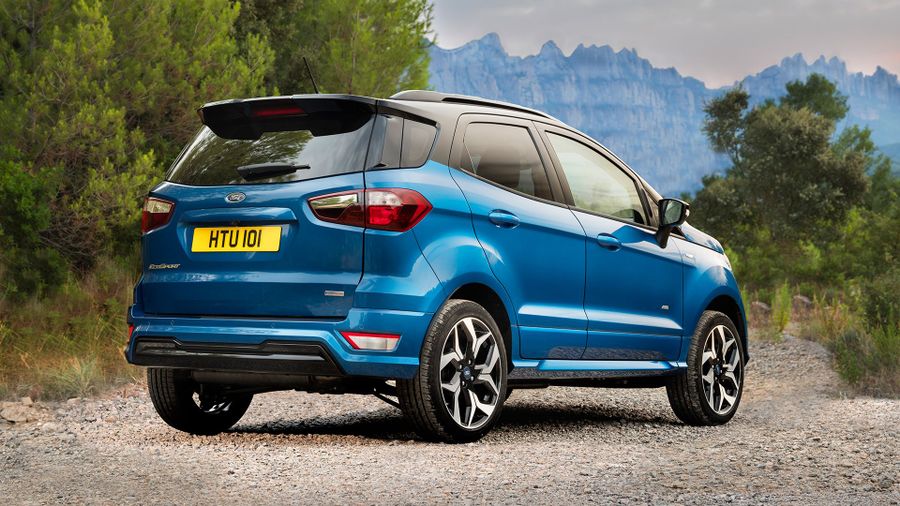 View gallery
The Ecosport will also be available for the first time with the sporty ST-Line trim. This brings a unique look inside and out, with black roof rails and 17-inch alloy wheels, a leather-trimmed steering wheel, part-leather seats and stainless steel sports pedals.

Also available for the first time in the Ecosport is four-wheel drive, combined with a new 1.5-litre diesel engine. This comes with a six-speed manual gearbox, delivering 125PS and 119g/km of CO2 emissions, but from mid-2018 this engine will also be available with front-wheel drive and even lower emissions. 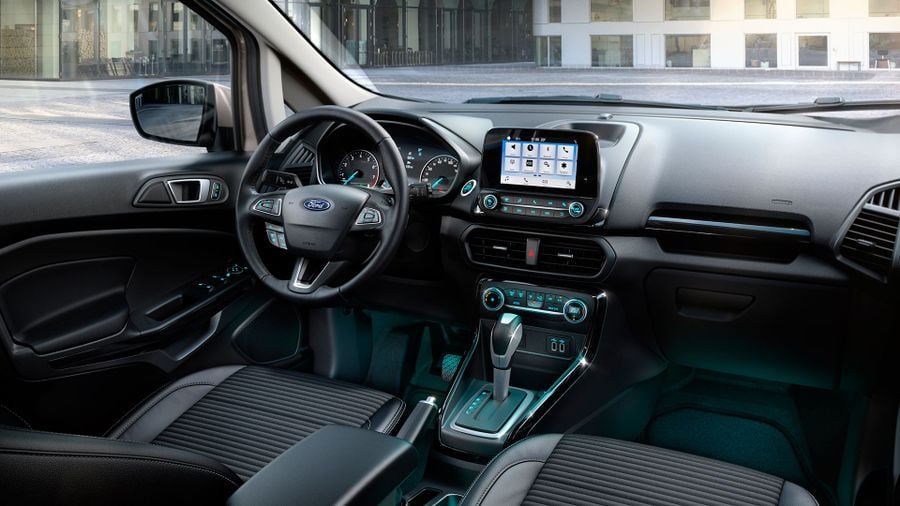 View gallery
New technology has been a major focus in the new Ecosport, and the Sync 3 infotainment system is compatible with Apple CarPlay and Android Auto. As in the Fiesta, a new B&O Play sound system offers a better audio experience, while for the first time in this model, the car comes with Cruise Control with Adjustable Speed Limiter, and a Rear View Camera that makes parking more efficient and safer.

Last, but not least, the Ecosport also has better safety features, with twin front airbags, a driver knee airbag, and new side and curtain airbags.

The changes come at a time when this sector of the market is about to expand rapidly. Not only have there just been some revisions to the class-leading Renault Captur, we'll soon see rivals such as the Kia Stonic, Hyundai Kona, Seat Arona, Volkswagen T-Roc and Skoda Karoq.

The new Ecosport goes on sale later this year, joining the Edge and Kuga SUVs in showrooms, while a new SUV-inspired Fiesta Active crossover model also goes on sale next year. 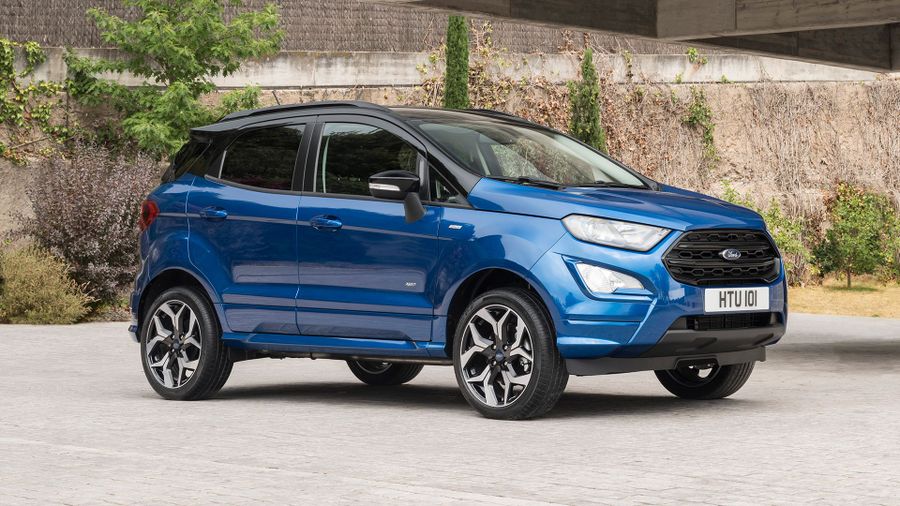