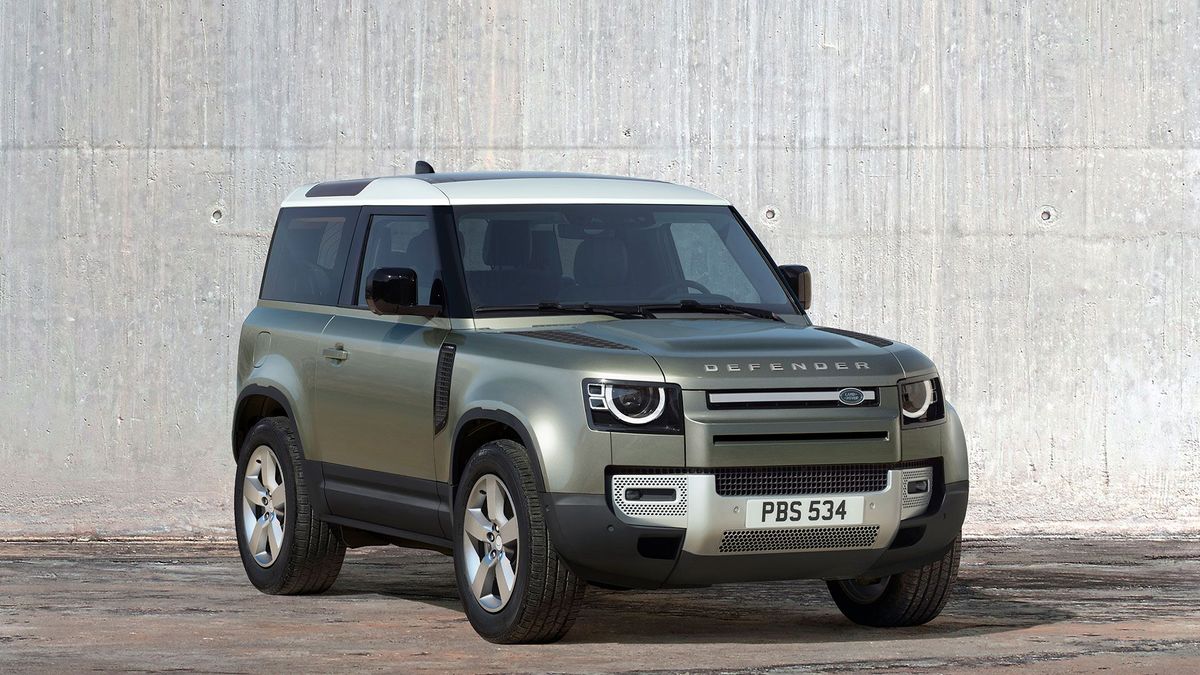 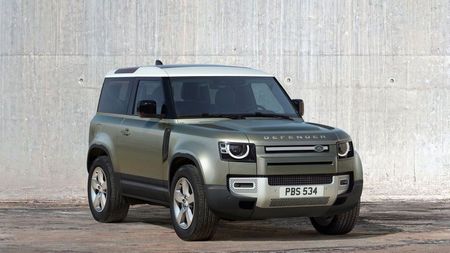 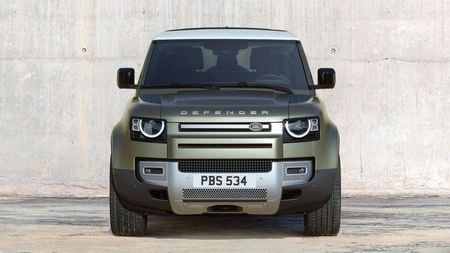 A plug-in hybrid version will join the range later on. 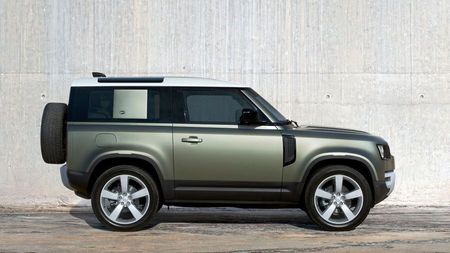 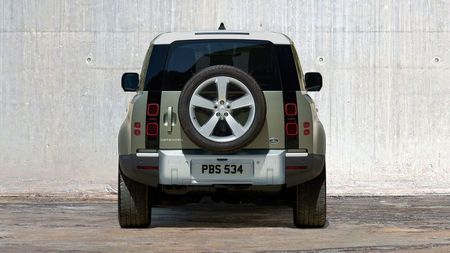 This navigation, called ClearSight Ground View technology, utilises small cameras to film the ground in front of the wheels to show you what you’re about to drive into if you’re off-roading. 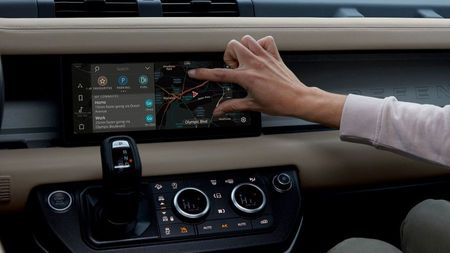 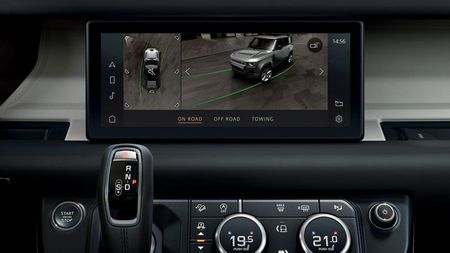 View gallery
Despite all this technology, and you still get a rubberised wipe-clean floor for a suitably rugged feel.

Should you opt for the seven-seater, you can make use of the Defender’s ClearSight Rear View – which turns the rear-view mirror into a digital screen and live streams from the camera in the 4x4’s rear for continued visibility.

Finally (for now) loadspace in the Land Rover Defender 110 is given at up to 1075 litres behind the front two rows of chairs, and that becomes 2380 litres when the second row of seats is folded down. 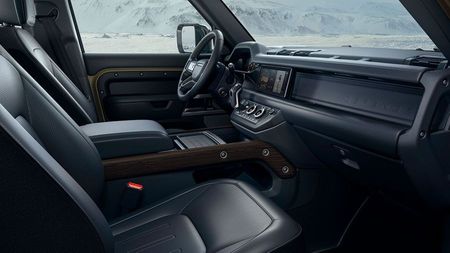 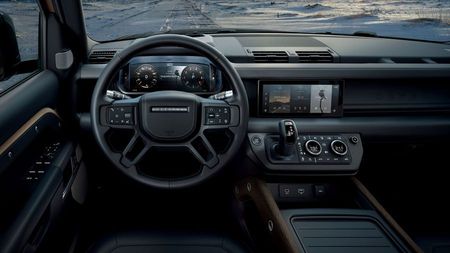 Each one comes with a contrasting (white or black) roof. The Land Rover Defender also comes with the option of a Satin Protective Film – a wrap that will protect the paintwork and gives it a nice satin sheen. 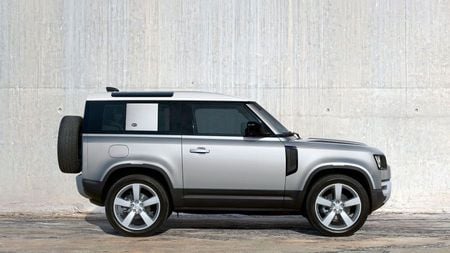 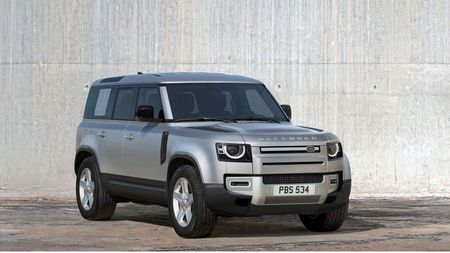 View gallery
What else do I need to know about the new Land Rover Defender 2019?
The Land Rover Defender is an iconic car, and the basic design of the Defender has hardly changed since its introduction way back in 1948. With this all-new version, however, Land Rover has taken the brave step of reimagining an icon.

The design is all-new, but still recognisable as both a Land Rover and a Defender, with a boxy, upright stance and chunky-looking features. Design cues that remain from the original include the side-hinged rear tailgate and externally mounted spare wheel, along with the jacked-up ride height, short overhangs and big windows that help make off-roading easier.
To help further in the sticky stuff, all Defenders come with permanent all-wheel drive, an automatic gearbox and a twin-speed transfer box.

There’s also a new configurable version of Land Rover’s Terrain Response system, which allows experienced off-roaders to fine-tune individual vehicle settings to suit the conditions. If you’re less experienced, however, you can simply switch the system to Automatic and let the car make all the important decisions for you. 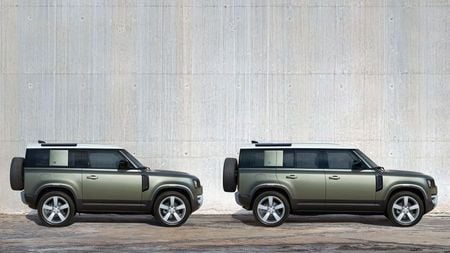 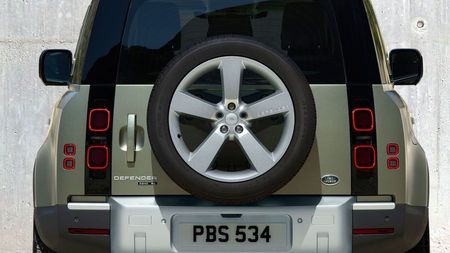 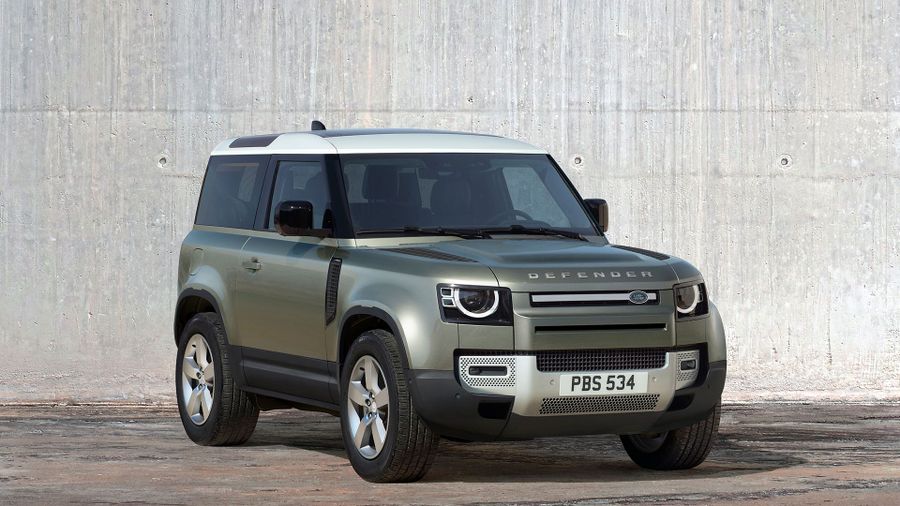