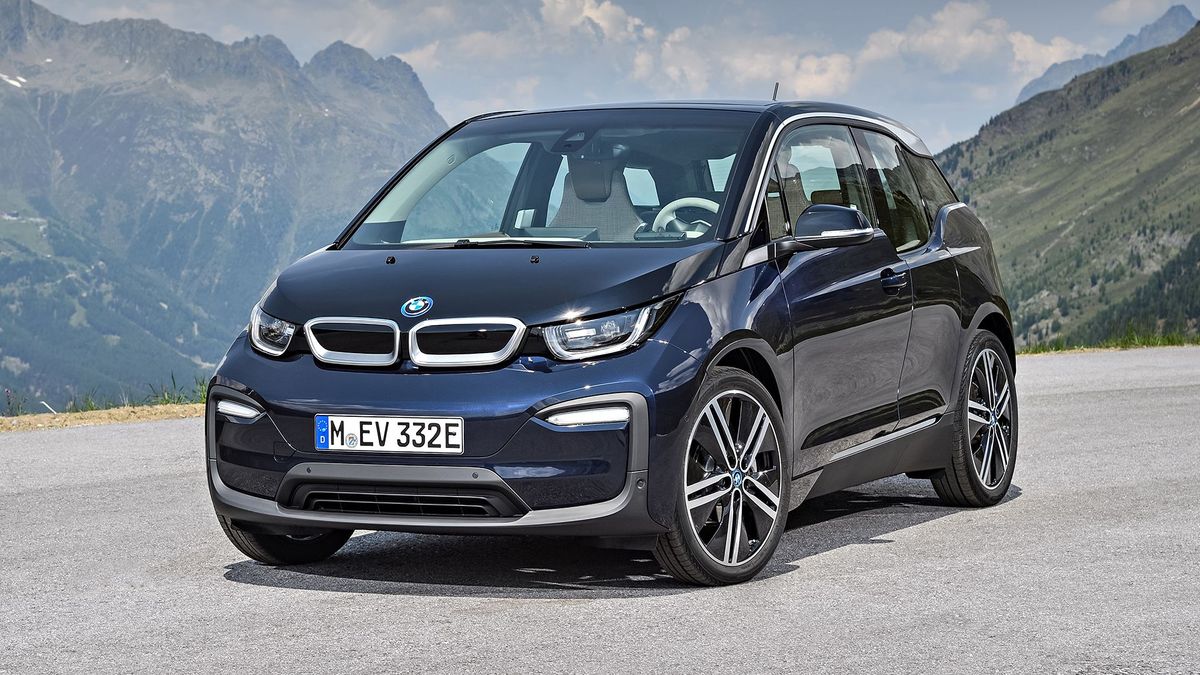 First published: 29th August 2017
Share on Facebook on Twitter
BMW has made a series of revisions to its top-selling electric car, the i3. These changes include a new look, as well as the availability of new technology and the addition of a sportier version, the i3s.

The i3s is more powerful than the regular i3, and has a unique chassis set-up to sharpen its handling, as well as its own look. Both it and the new-look i3 are available with a range-extender petrol engine and will be revealed for the first time at the Frankfurt Motor Show next month.

The electric motor in the standard i3 generates a maximum output of 170PS, covers the 0 to 62mph benchmark sprint in 7.3 seconds, and is said to be capable of 125 miles in everyday use on a single charge. BMW says it has also improved the car’s Dynamic Stability Control (DSC) system, giving it better traction and making it more agile at higher speeds and under acceleration.

The i3s, meanwhile, has a 184PS motor and a sports suspension that sits 10mm lower than the standard i3. Its wider wheels sit in extended wheelarches, and although it can hit 62mph almost half a second quicker than the i3, it is still said to have a range of 125 miles in everyday use. 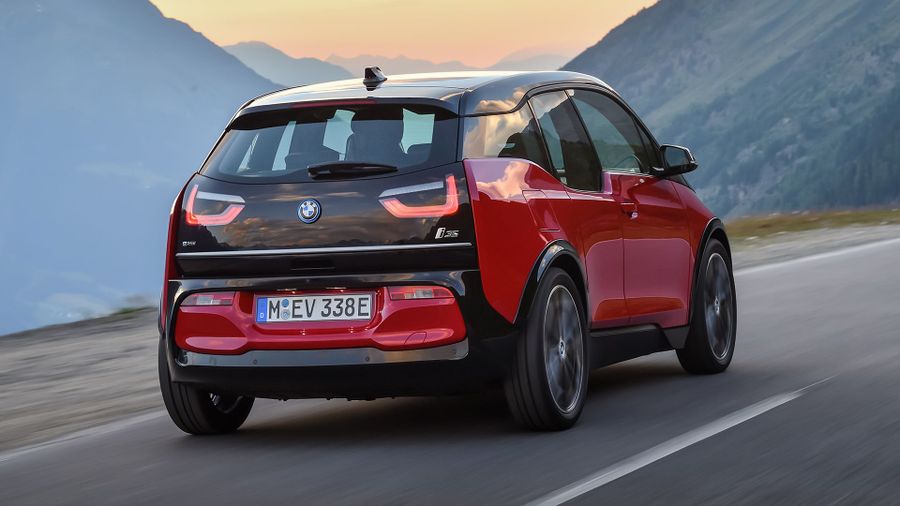 View gallery
A two-cylinder range-extender petrol engine is available as an option for both models, and it drives a generator that produces power as required while driving to maintain a constant level of charge in the battery. This extends the car’s overall range in everyday use by 93 miles, and translates to CO2 emissions of about 14g/km in official tests.

The changes to the car’s looks include adding a black finish to the windscreen pillars and roof lines, while buyers can choose from a wider range of paint colours. At both the front and back, the lower edge of the bumpers has been redesigned to give it a sportier look, and this is complemented by a chrome strip running across the full width of the rear, while LED units are used for every light on the outside of the car.

The i3s stands out from the i3 thanks to the accent in the famous ‘kidney’ grille being painted in high-gloss black, its unique rear bumper and the roof lines using the same high-gloss black finish as the A-pillars.

Inside, the revisions have brought in some new materials, as well as the option of blue seat belts, while the car is now available with both Parking Assistant and Traffic Jam Assistant. The optional Parking Assistance package includes Park Distance Control, a reversing camera and the Parking Assistant, which can park the car automatically once a suitable parking space has been found. 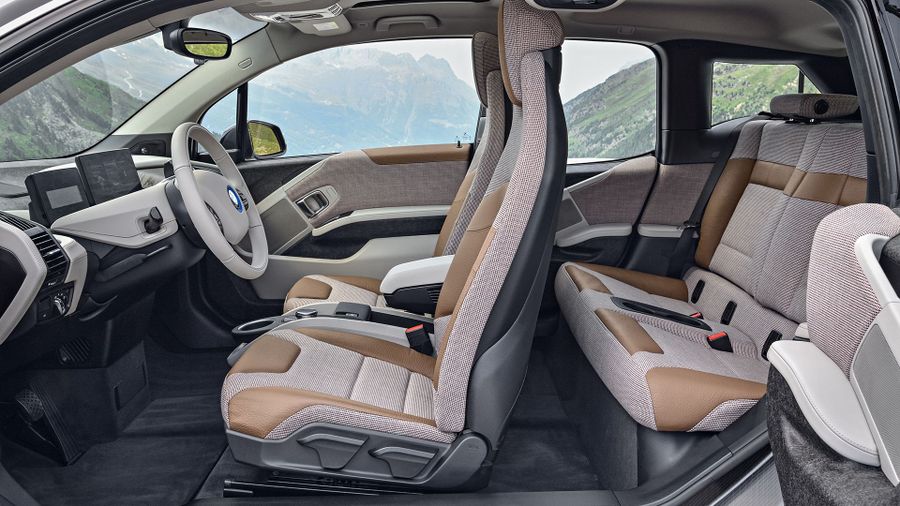 View gallery
The Driving Assistant Plus package is also optional, and this includes Collision and Pedestrian Warning with City Braking function, Speed Limit Info, Active Cruise Control and the Traffic Jam assistant, which not only maintains a safe distance to the car in front in stop-start traffic at up to 37mph, but also keeps the car in lane..

Also updated at the same time is the iDrive operating system for infotainment, communications and navigation functions. All i3s come with the ‘Professional’ sat-nav system: the 10.25-inch display has better resolution than in the previous car, and the voice recognition system has also been improved.

At the same time, BMW’s i ConnectedDrive has also been improved, with online services such as the On-Street Parking Information search service available for the first time in the i3. Public charging stations and information about their availability can also be displayed; and, when route guidance is activated, data about the route is also used to calculate the range shown in the instrument cluster.

Finally, the full package of new services introduced in July this year under the ‘BMW Connected+’ name is available. This allows BMW customers to charge their cars in the best way, controlling everything from a smartphone, computer or tablet. 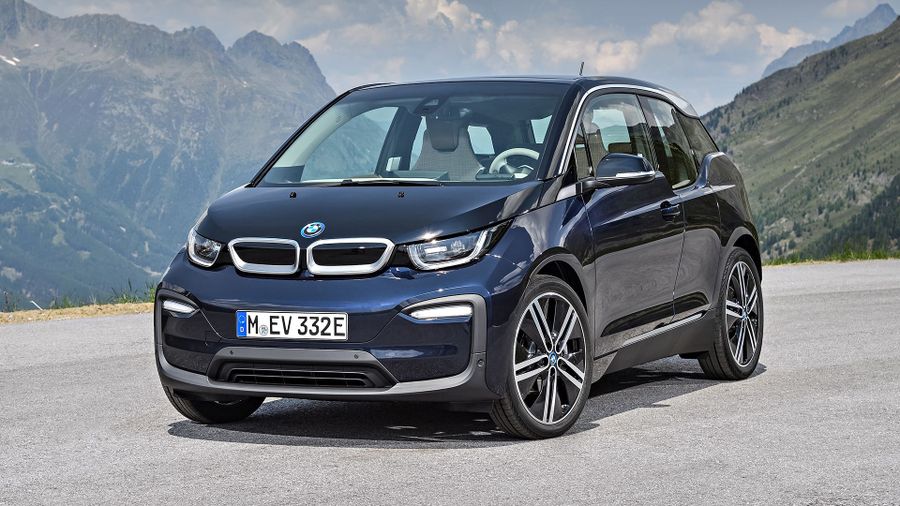