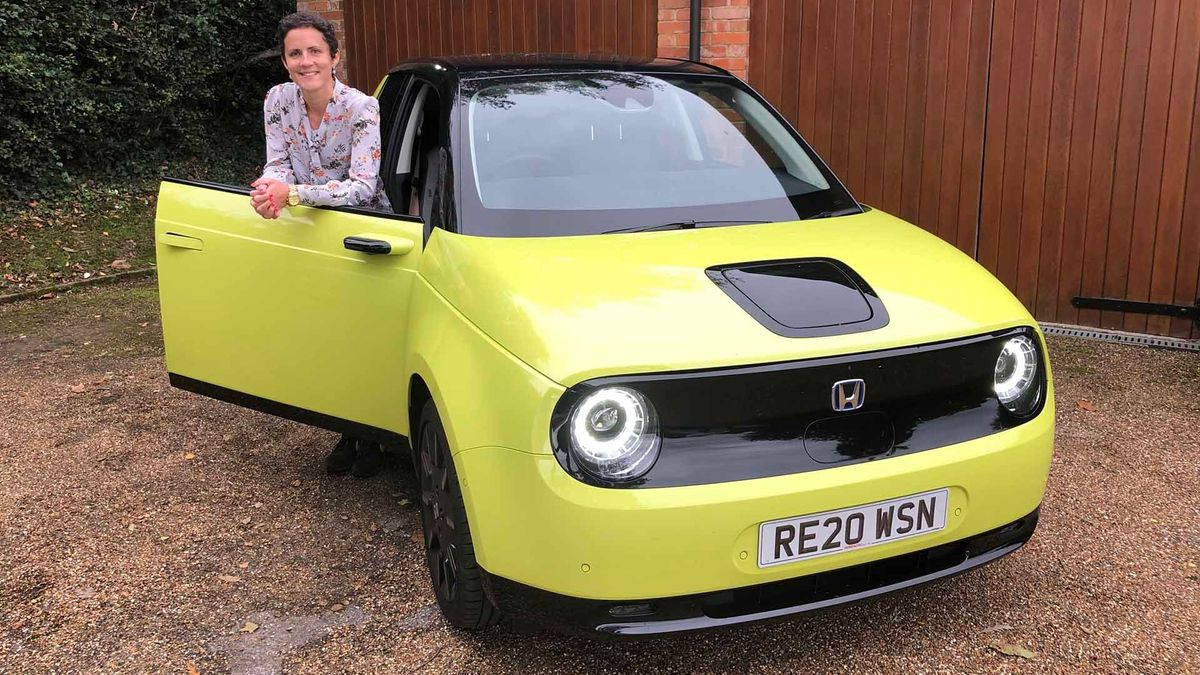 First published: 13th October 2020
Share on Facebook on Twitter
The Honda e is the first pure electric car from the Japanese brand, and boy, was it worth the wait. Forget everything you thought you knew about Honda - this is not a boring, expensive, uninspiring car for older customers to trundle to the golf course in. It is a highly covetable, innovative, exciting, sexy little gem for zipping around town and reasonably priced into the bargain. 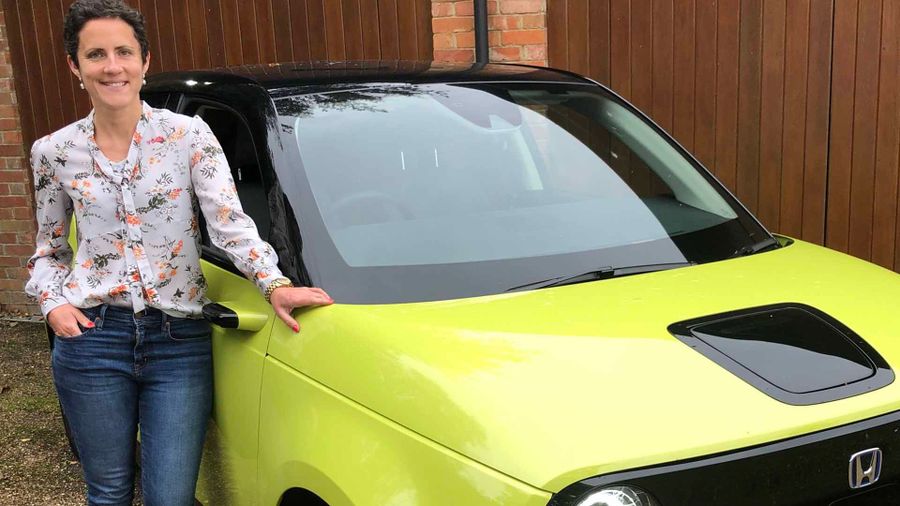 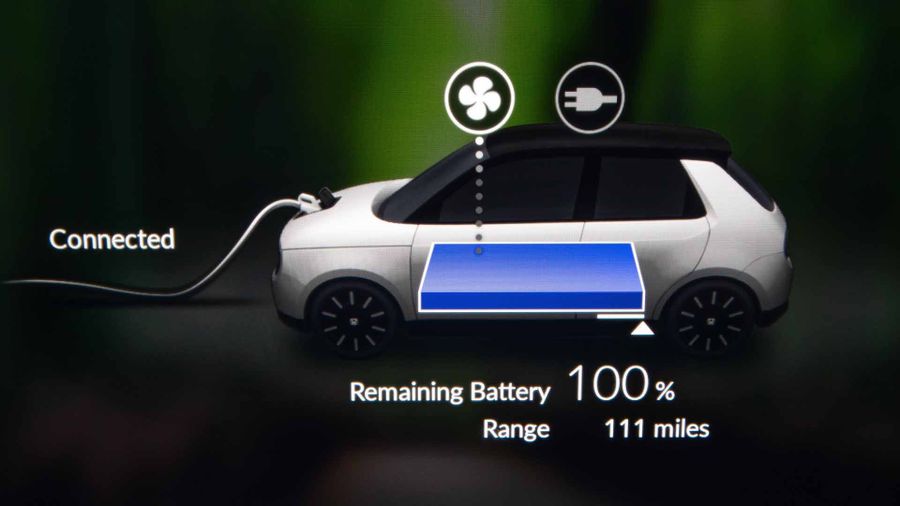 We love this car. Everything could fall off it, and we’d still love it, but nothing will fall off it because it’s a Honda. Which is why they’re normally expensive cars, with rock-solid residual values. But the Honda e starts at a little over £26,000 and finishes somewhere just north of £30,000, which is expensive for a small car but in the same ballpark as rivals like the Peugeot e-208, Mini Electric and Vauxhall Corsa-e.

Anyway, you’ll be paying for it on a monthly finance plan no doubt, where you’ll find the little extra needed for this because it looks like a 60s cartoon car and it has an aquarium full of digital fish that swim across the dashboard. And who doesn’t want that?

Seriously though, our family has never had so many thumbs up, smiles and phone cameras pointed at us while driving, and we’ve had Lamborghinis, Ferraris, and Aston DB5s. All in the name of work, obviously - it’s not like we’ve robbed a bank. The one person I thought might hate this car is my partner, a rugby-playing, beer-drinking alfa male whose spiritual home is a Land Rover Discovery. But he loves it, too. You honestly can’t not.

It’s bright yellow (the kids say it’s lime green but I've checked and it's called Charge Yellow - ha!), it’s got golden brown seatbelts and a grey bench seat like a modernist sofa in the back. Up front, there are USB slots, an actual three-pin plug socket, a cup holder that pulls out courtesy of a tan leather strap and removable dividers in the central tray so you can personalise your storage solutions.

There are, of course, no wing mirrors. Instead screens display camera images at each end of the dash, which itself is one long series of screens. We thought we’d get travel sick or a headache using them, but it’s fine, and actually better at night where the camera image is sharper than a reflection. Plus, you don’t have the extra exterior width of the car to contend with.

The two screens across the dash can show whatever you want them to, and you can even switch the displays so the info you use most is on the screen closest to you. We’re overly fond of the clock display - an analogue dial appears with a sunny blue sky and palm trees behind it - it has a weirdly uplifting effect in the murk of an English autumn.

One gripe so far. All this whizz-bang tech takes a few seconds to load each morning, which negates the point of the car automatically starting when you get in with the key and shut the door. Personally, we’d rather start it ourselves using the starter button - we keep forgetting and pressing the button, which then turns the car off. Also, all this is preceded by a legal message about sharing your data, blah, every single time, which you have to agree to or go to settings before the screen will show what you want it to.

The other huge drawback is the short range. It has a quoted maximum of 137 miles, or 125 miles if you have the larger 17-inch wheels. In reality, we have squeezed about 100 miles out of it per journey so far, but, like all electric cars, that plummets on the motorway where 80 or 90 miles is a more realistic figure. Which means this is a second, or even third car, for homes where adults each have to drive on motorways once or twice a week, as we do. The ultimate irony came in September, when I was invited to a demonstration of the electric cars available in the UK market, but couldn’t get to the Bedfordshire venue because I’d have to stop to charge en route and didn’t have the time.

Honda makes no apologies. It has chosen this route to enable faster charging and says customers should think of it as an iPhone rather than a MacBook - charge frequently and quickly. So far, we’ve only charged it at home on our PodPoint charger, because we can’t bear the mess that is the public charging network.

None of this is Honda’s fault though and, so far, we have happily used the car for school runs and local trips during the week and leaving it to charge overnight on an off-peak tariff. So far, so good.
good. 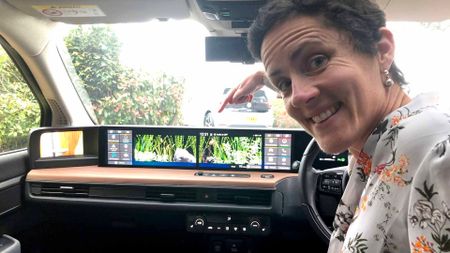 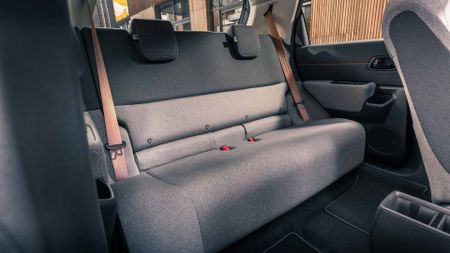 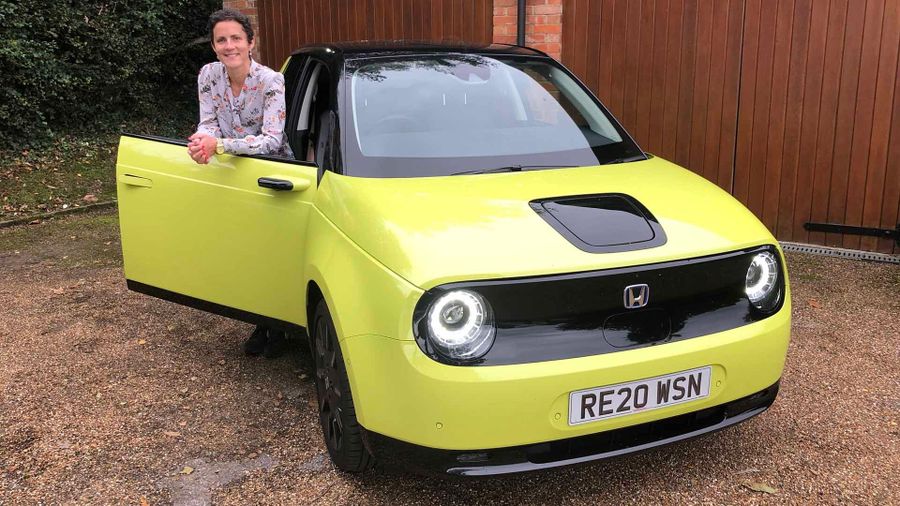