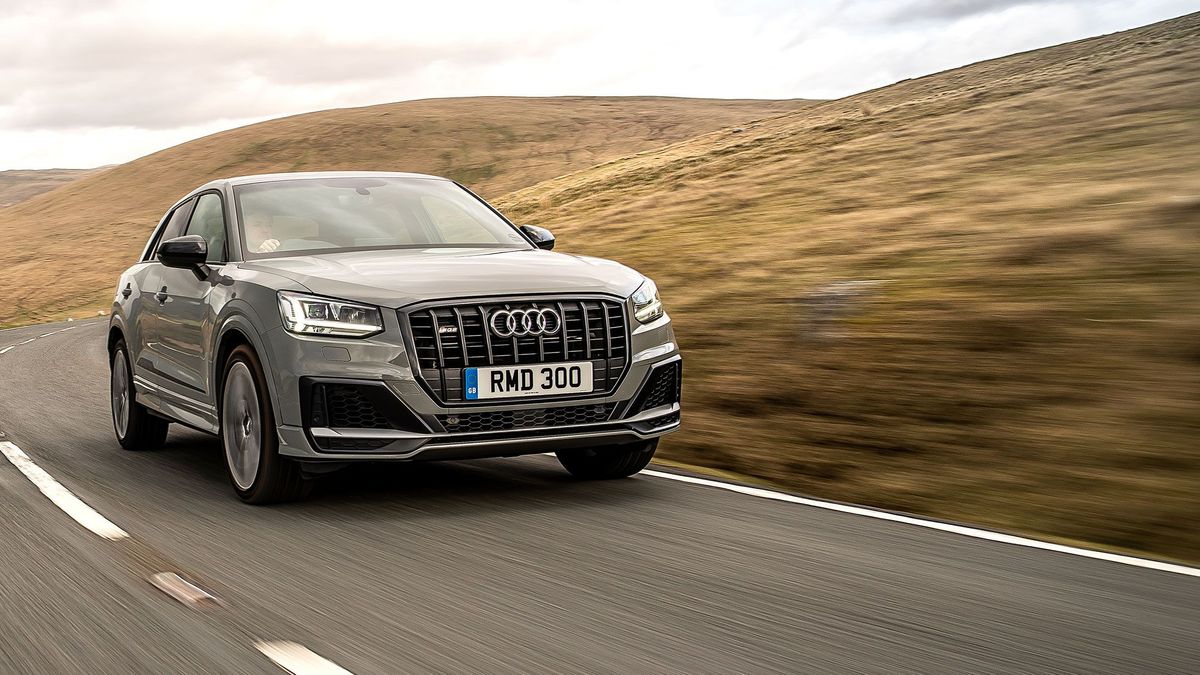 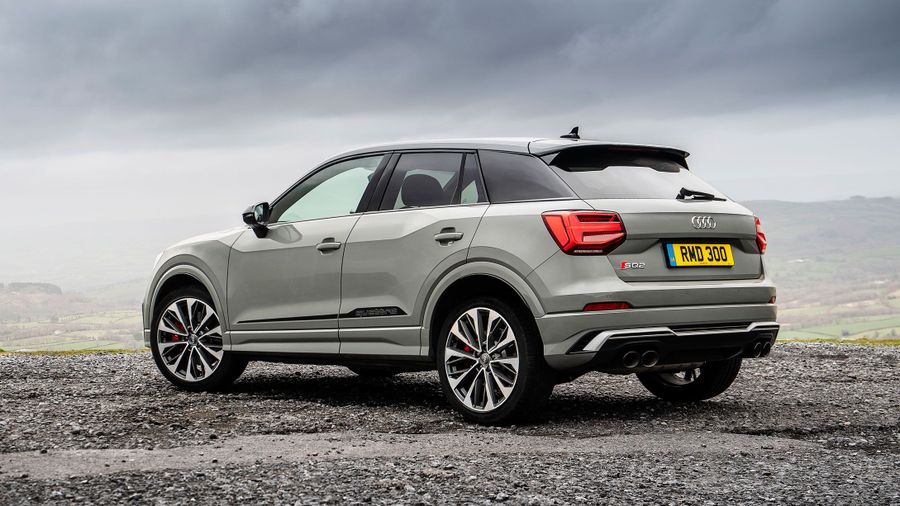 High-performance SUVs have traditionally been a rarity in the UK, but they’re becoming more and more commonplace all the time, especially in the prestige section of the market. The Audi SQ2 is a little more expensive to buy than the Cupra Ateca (which doesn’t have quite the same prestige image, but is much bigger and more practical), yet a good slice less than similarly sized premium rivals such as the BMW X2 M35i and the Mercedes-AMG GLA 45. The Audi and Cupra also don’t depreciate in value as heavily as the Merc and Beemer either, while fuel, tax, insurance and servicing costs are reasonably similar across the board. It all means that the Audi won’t work out to be quite as affordable as the Cupra during your average three-year tenure, but it’ll cost you significantly less overall than the other two. 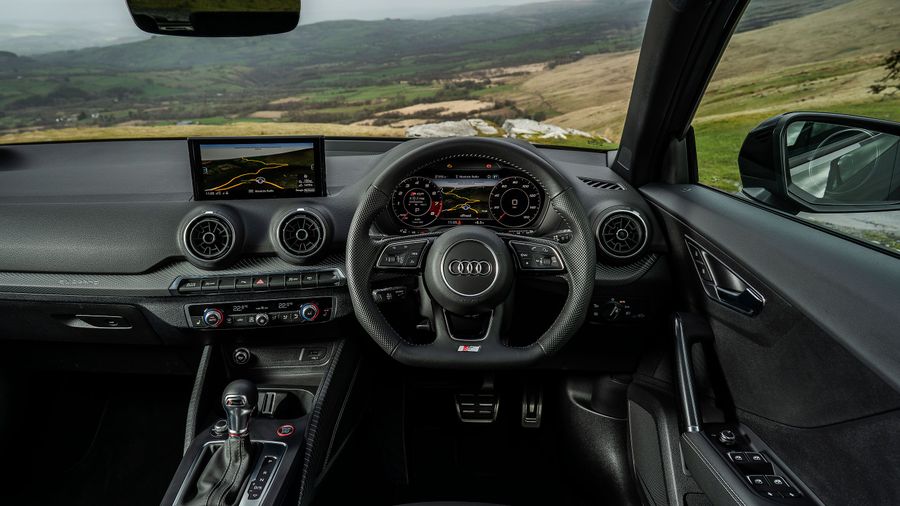 All versions of the Audi Q2 have a three-year roadside assistance plan and three-year warranty, covering an unlimited mileage in the first two years. However, you also have the option of extending this to a four or five-year warranty plan. The available reliability data on Audi doesn’t inspire much confidence, though. The brand figured perilously close to the bottom of the table of manufacturers in JD Power’s most recent UK Vehicle Dependability Survey, and it’s been the same story for the last few years. 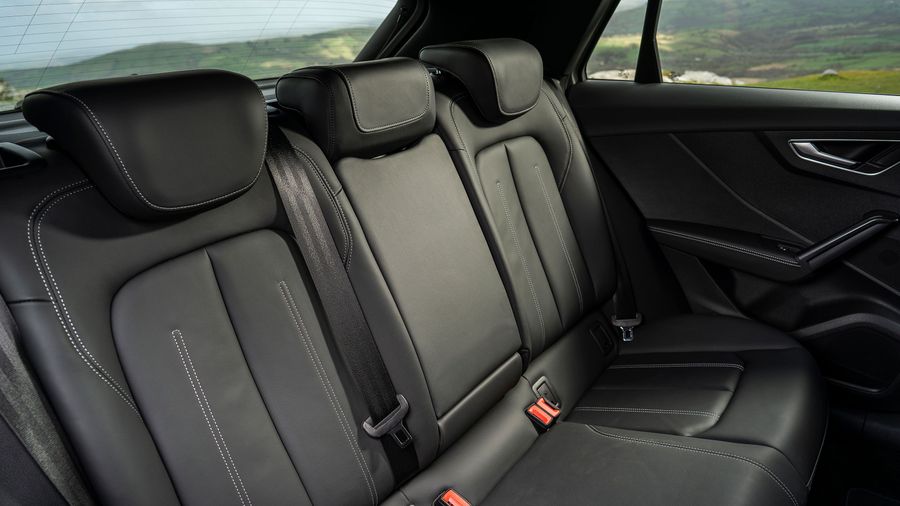 Like all other versions of the Q2, the Audi SQ2 comes with six airbags, three Isofix child seat tethering points and Audi 'Pre Sense' with pedestrian recognition, a system that can monitor potential low-speed accidents and automatically apply the brakes if necessary. There are further optional safety features, too, such as adaptive cruise control, lane-keeping assist, traffic sign recognition and park assist. You can also choose the optional head-up display that projects your speed and navigation instructions onto the windscreen, so the driver rarely needs to take their eyes off the road. However, even with just the standard package, the Q2 performed well enough to earn a maximum five-star safety rating from Euro NCAP.

How comfortable is the Audi SQ2 4/5 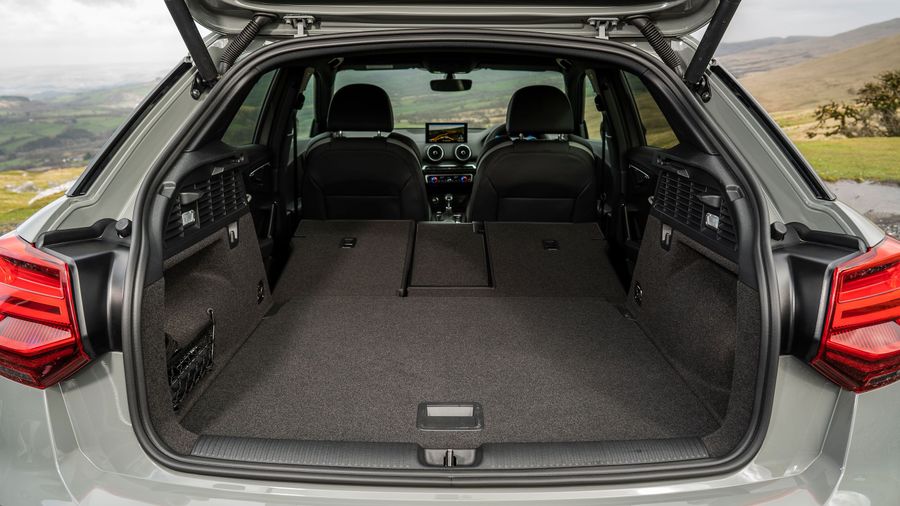 The Audi SQ2’s interior, unsurprisingly, is very similar in layout to the rest of the Q2 range, and again, that’ll be a good thing to some folk and a bad thing to others. It has Audi’s older-style media interface that’s operated with a dial and buttons, rather than the swanky touchscreen system provided on Audi’s newer models. Some will lament the fact that it doesn’t look as posh while others will rejoice that the old system is actually easier to use than the newer one. Likewise, some will complain that the interior design looks a little dated - it’s basically the same as in the previous generation A1 hatchback - while others will celebrate the fact that some of the materials feel a fraction higher in quality than they do in the latest A1.

The driving position has lots of adjustment to help you get comfy, but feels much more like the sort you get in a low-down hatchback rather than in a high-up SUV; again, could be positive or negative depending on your point of view. The view at the front of the car is fine, but the rearward visibility is hampered due to a shallow back window flanked by thick pillars.
Despite the compact dimensions of this pint-sized SUV (the Q2 is marginally shorter than the Audi Q3 SUV), it’s still easy to comfortably fit a six-foot adult in the back behind a driver of the same size. The boot provides 405 litres of space with the rear seats in place, which is a little bigger than an Audi A3 and only slightly smaller than the Q3. There’s a through-loading facility for skis (should you ever need it) and, when the seats fold flat, there is a very useful 1050 litres available.

As a fast SUV, there’s no doubting how capable the SQ2 is. The tyres provide immense grip, while the clever four-wheel-drive system is brilliant at maximising traction in slippery conditions. This allows you to hurtle around corners at a speed you wouldn’t even consider attempting in other small SUVs, and while the ride has the firm edge you expect from a car like this, it never quite gets to the point of feeling bone-shakingly uncomfortable.

That said, the top-heavy design of the car means there is rather more body roll than you’d get in a hot hatchback, which can sometimes make it feel like the laws of physics are working against you (because they are) as you try and make fast progress along a country road. It’s fine if you reset your brain to remember that you’re in a fast SUV and not a hot hatch, but if you’re used to the latter rather than the former, you might hanker after the improved directional stability – and ultimately, fun - that a lower car gives you. Whatever your mindset, though, you’ll also hanker after more steering feel, because you won’t detect very much at all coming through the SQ2’s wheel. 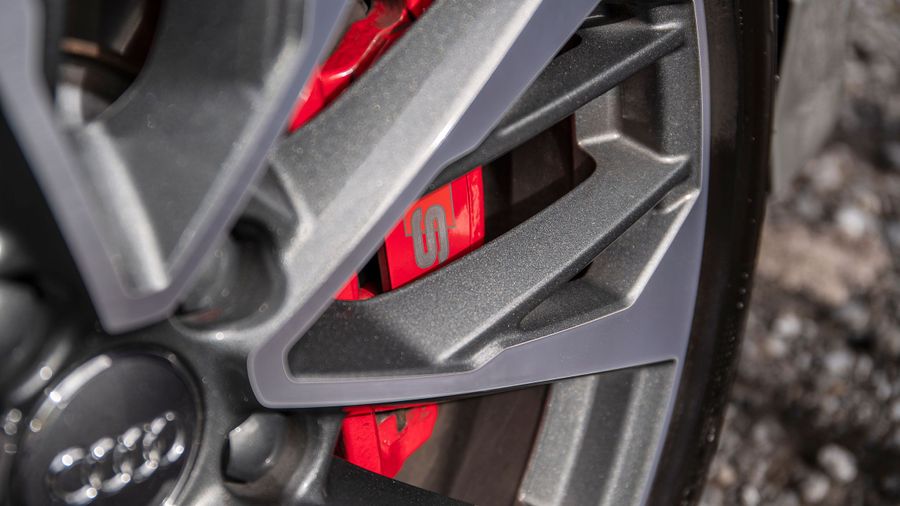 If you want your fire-breathing performance Audi to scream the fact that it’s a fire-breathing performance Audi, then you might be a little disappointed. The Audi SQ2 doesn’t really look a great deal different to the rest of the Q2 range. A couple of bits of the bodywork are beefier, chunkier or wider, the wheels are bigger and a few more exhaust pipes are provided (four in total), but that’s about the extent of the external makeover. However, this will be a positive for as many people as it’s a negative, because many folk like the idea of what the kids refer to as a ‘sleeper’, in other words, a car that looks like nothing special, but that goes like the absolute clappers.

The regular Q2 is reasonably well equipped across the board, including plenty of items in the standard price. These include automatic lights and wipers, remote locking, rear parking sensors, cruise control and an infotainment system that includes DAB, Bluetooth and sat-nav. However, choosing the SQ2 doesn’t actually get you all that much more in the way of luxury kit. You get the extra power, obviously, and all the extra aesthetic bits to make the car look racier inside and out, but other than that, your luxury upgrades are pretty much limited to dual-zone air-con and part-leather upholstery. The SQ2 Black Edition gets – as the name suggests – black elements on the bodywork and larger 19-inch wheels, while the top-end Vorsprung model gets adaptive suspension and a high-end leather upholstery, as well as a posher infotainment system. 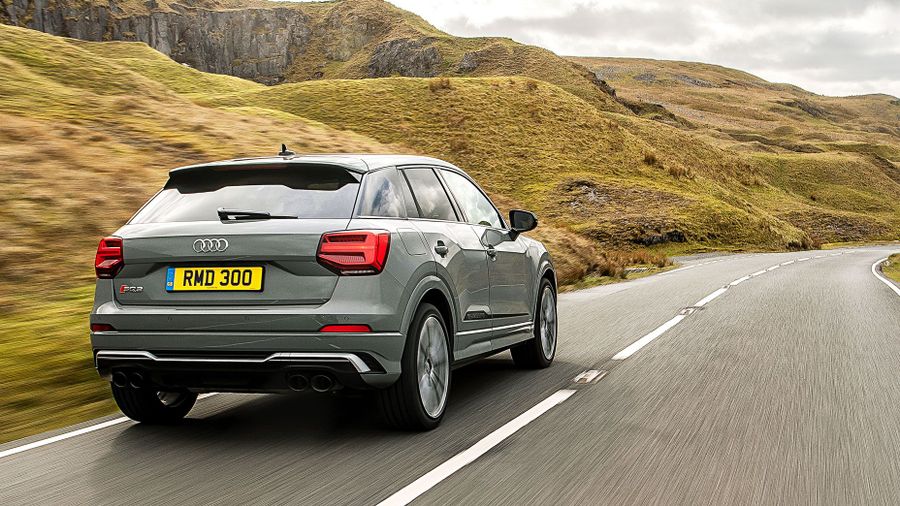 The fastest Q2 comes with the same turbocharged 2.0-litre petrol engine as is found in other fast VW Group cars like the Golf R and Cupra Ateca. With 300 horsepower, it’s not short of punch, as the official 0-62mph time of 4.8 seconds bears testament to. However, while the car feels undoubtedly very quick, and will certainly show a clean pair of heels to most cars it lines up against at the traffic lights, the acceleration doesn’t feel quite as straight-up bonkers as the numbers would suggest. There’s no criticising the flexibility of the engine, though, because the go that’s on tap is only ever a flex of your right ankle away. That’s helped in no small part by the seven-speed twin-clutch automatic gearbox that usually selects the right gear for your needs, and swaps between ratios quickly and smoothly. 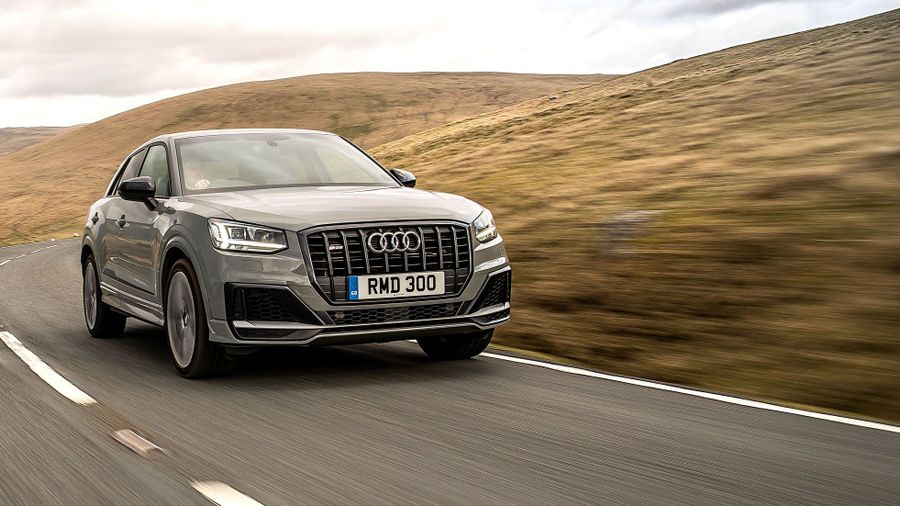