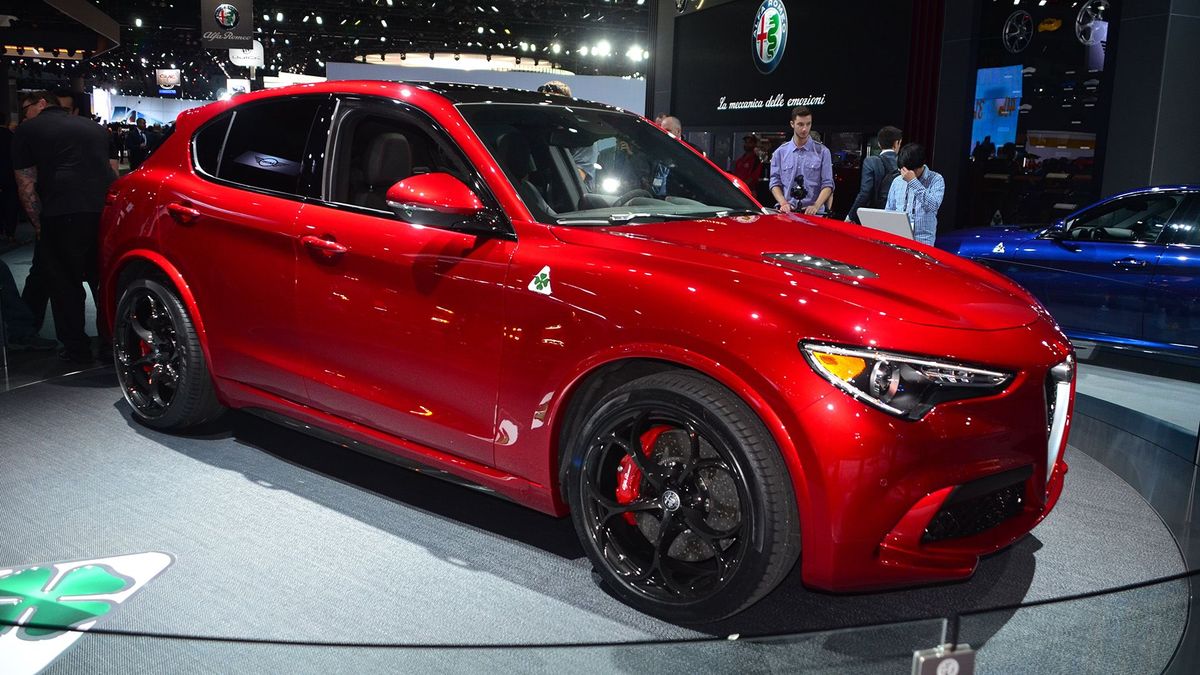 Marked out by its aggressive bumpers, blistered wheel arches and carbonfibre detailing in the side skirts, bonnet vents and quad exhausts, the Stelvio Quadrifoglio uses a turbocharged 2.9-litre V6 engine that develops 503bhp and 443lb ft of torque. It’s the same unit that features in the Alfa Romeo Giulia Quadrifolio, and if you’ve watched our first drive video, you’ll know this has been one of our star cars of 2016, with a symphony good enough to grace the Royal Albert Hall.

Coupled to an eight-speed automatic gearbox and a torque vectoring system that can make the four-wheel drive system more rear-wheel biased, the Stelvio Quadrifoglio can accelerate from 0-62mph in 3.9 seconds and onto a top speed of 177mph. In fact, this car has already set a Nurburgring lap time of 7minutes 59secs. Over to you, Porsche Macan…

However, according to an Alfa Romeo source, the Stelvio will reach Britain first, with a 2.2-litre diesel that also features in the Giulia, and be available in both four-wheel and rear-wheel drive. Trim specifications will also likely mirror those set for the Giulia, including Super, Technica, Speciale, Veloce and Quadrifoglio.

Pricing is yet to be confirmed but Alfa Romeo says we can expect first UK deliveries to start in autumn 2017. 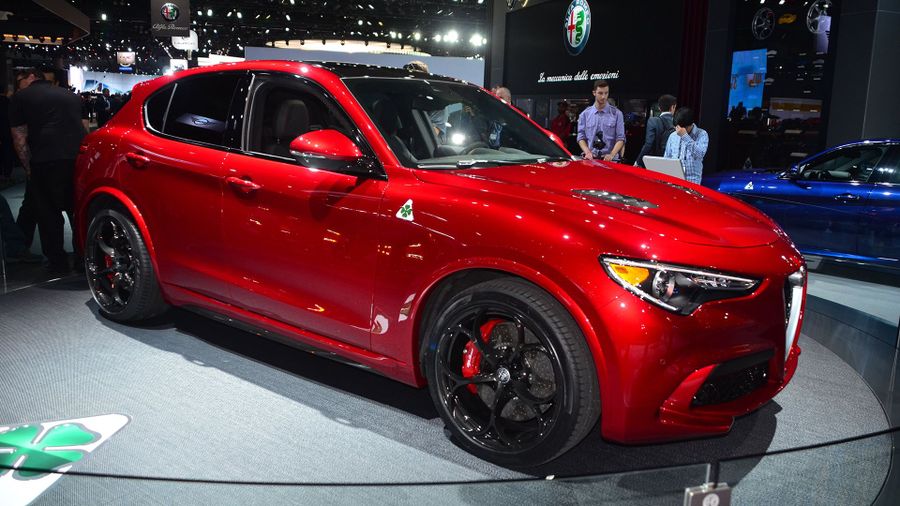