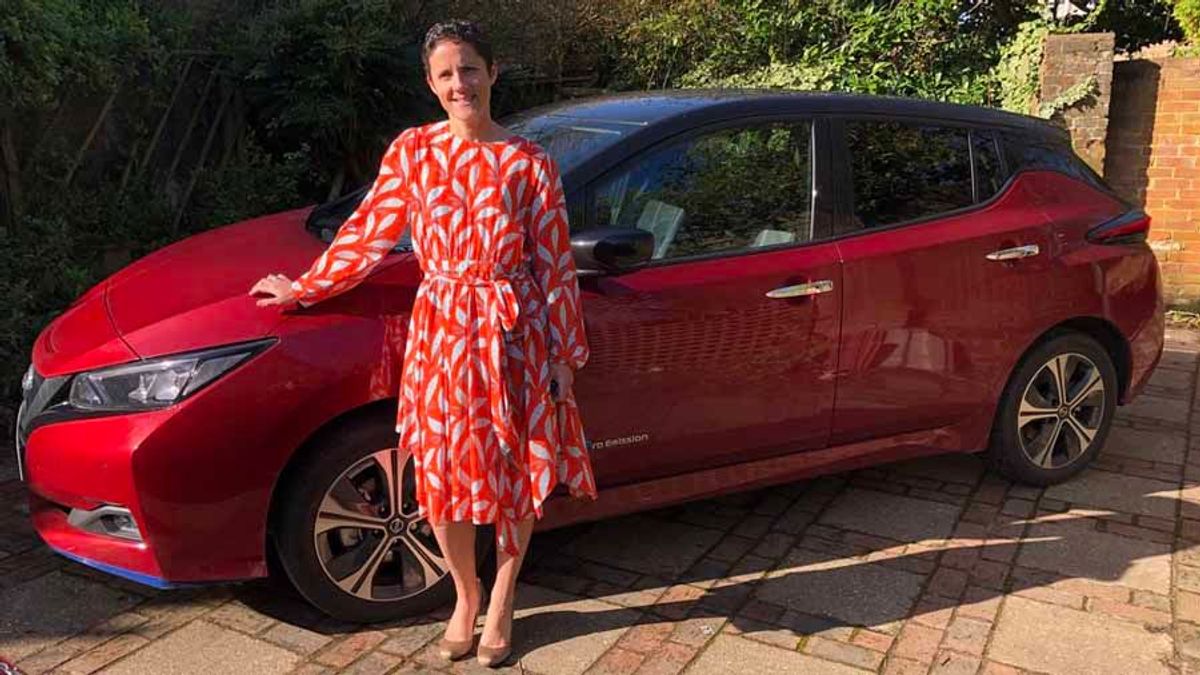 Last updated: 9th April 2020
Share on Facebook on Twitter
The Nissan Leaf has been on sale for a decade now, which is hard to believe, when you consider that most of us are just starting to think seriously about buying an electric car. It’s now on its second version, and, as well as looking better, can go much further on one battery charge than the first Leaf, which had a range of under 100 miles. The new Leaf has a maximum range of 168 miles while the Leaf e+, which we’re living with, will do up to 239 miles. 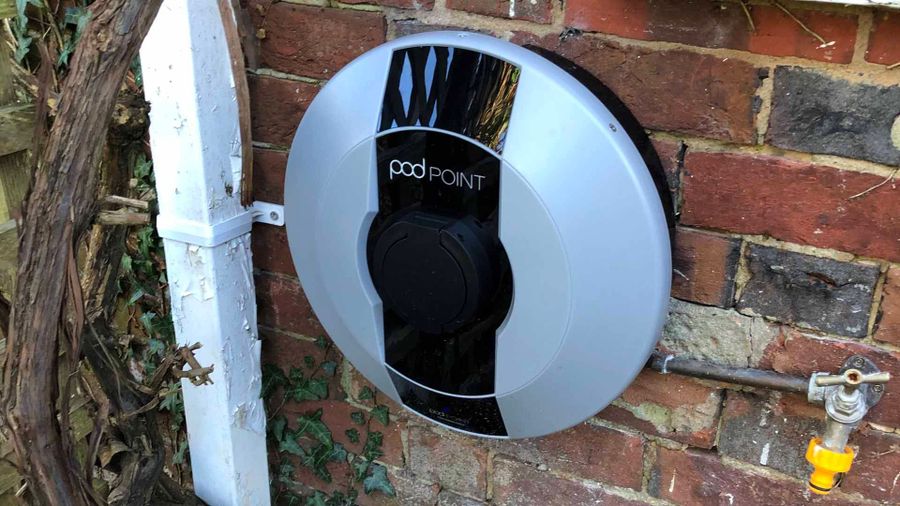 Month 1: How do I sort a domestic wallbox/charging unit?

We’ve done one month in our electric car, the new Nissan Leaf e+. Which means we’ve also done one month with our new domestic wallbox, supplied by Pod Point. Getting the charging point fitted was painless - mine sits on the wall below my kitchen window (I have a driveway), and the only bother was getting my electrician to fit a separate fuse box for it in my hall, then run the extra cabling through to the wallbox at the other end of the house, plus data cabling to connect it to the house wifi, from which it operates.

Then a nice man from Pod Point arrived, fitted the wallbox and connected it. I wasn’t home so he then took a video on his phone, demonstrating how it works, and what the light means (blue is fine, green is charging, red is a problem), and WhatsApp’d it to me. How very 21st century. The unit is covered by a three-year warranty, and, frankly, most problems can be fixed by turning it off then on again at the fuse box. The company also has a public charging network that doesn’t require a subscription or membership fees - hurrah.
How much does it cost to run a Nissan Leaf?
Hmm, I can’t answer this one properly yet, partly because I’m waiting for confirmation on my new energy tariff, so am not entirely clear how much each ‘drop’ of electricity costs me, and whether it’s any cheaper overnight, and partly because I chose to be a journalist precisely because I can’t do maths, so it’s going to take me time to figure it out. 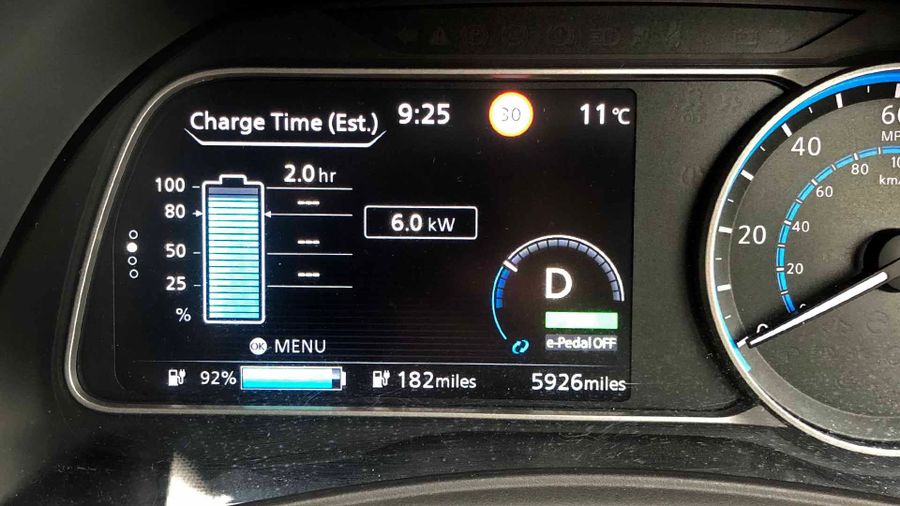 View gallery
How long does it take to charge the Nissan Leaf?
Well, I have a 7kW home charging unit, which they’ll tell you takes seven and a half hours to charge the Leaf from 20% to 80%. But what you learn quickly is that this is all irrelevant, firstly because the car tells you what’s what, and secondly because no one waits until their electric car is at precisely 20% charged, then charges it to 80%. Instead, people charge their cars like their phones: whenever you arrive back home, as long as you’re staying put for more than 30 minutes, you plug it in. Then, like a mobile phone or laptop, it’s always being drip-fed energy, ready to go again. And as for the car telling you the state of play - that’s brilliant. the Nissan’s digital information behind the steering wheel tells you when you park things like “Charge now, and you’ll have a full charge at 16:10”, plus how much charge your battery currently has - say, 90%, and how far that should take you - say, 182 miles. Then - and this is the best bit - it will tell you how long it will take to charge the battery to 25%, 50%, 80% and 100%, in a little battery symbol. For example, when I was at 90%, it told me it would take an estimated two hours to charge to 100%.

So, there you go. No need to worry about working it all out for yourself - the only bit the car can’t do is tell you how much you’re paying for your electricity. Give me another month and I’ll have worked it out….

Month Two: How much does it cost to run a Nissan Leaf?

Last month I said my goal was to work out how much the Nissan Leaf was costing me to run. Thankfully, the Leaf essentially tells you everything you need to know, so you don’t have to have a first in pure maths to work it out.

All you need to know is how many miles you’re covering for each kWh of energy you expend, and what your domestic energy supplier is charging you per kWh of electricity.

Let’s do the cost to me per Kwh of electricity first. I’m with British Gas for my electricity, and I’m on their electric car tariff. This tariff charges you essentially two rates - peak and off-peak, with off-peak available between midnight and 5am. I’m paying 4p per Kwh during this time (I pay slightly more during the day as a result).

As long as you have a smart meter or dual-rate meter installed at home to correctly charge you, all you need to do is set the timer on the car to charge between midnight and 5am, plug it in before you go to bed, and hey presto: my car, a 62kWh Nissan Leaf, is costing me 62 x 4p for a full charge, so £24.80.

How far will that £24.80 take me? Well a full charge will take me about 200 miles. But if I want an actual cost, the Nissan Leaf’s read-out tells me that on my last journey I averaged 3 miles per Kwh, so that 3 miles, costing me 4p. If I do a journey of 12 miles, that’s 16p. If I have air-con, lights, heated seats and windscreen wipers on, and drive with a heavy right foot, those 12 miles will use more energy.

If I put my car into eco mode, and use the one-pedal function that recovers more energy when you lift off the accelerator, and turn off the air-con, it will use less energy and costume less to cover the same distance.

Mind you, at the time of writing, the price of petrol is getting near £1 at the pumps, making the winning margins for EVs temporarily smaller, but there is of course also the environmental impact….

So far, though, so good, living with an electric car. It’s not half as tricky or intimidating as you might think. 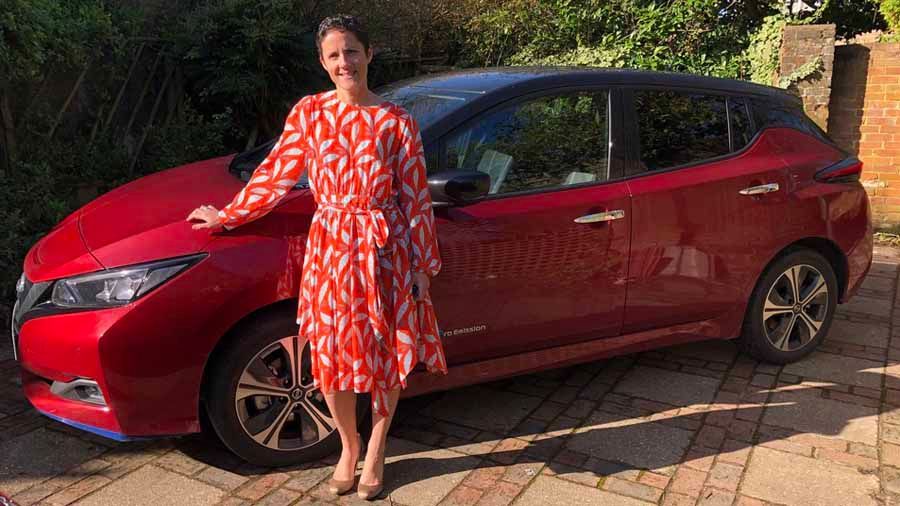