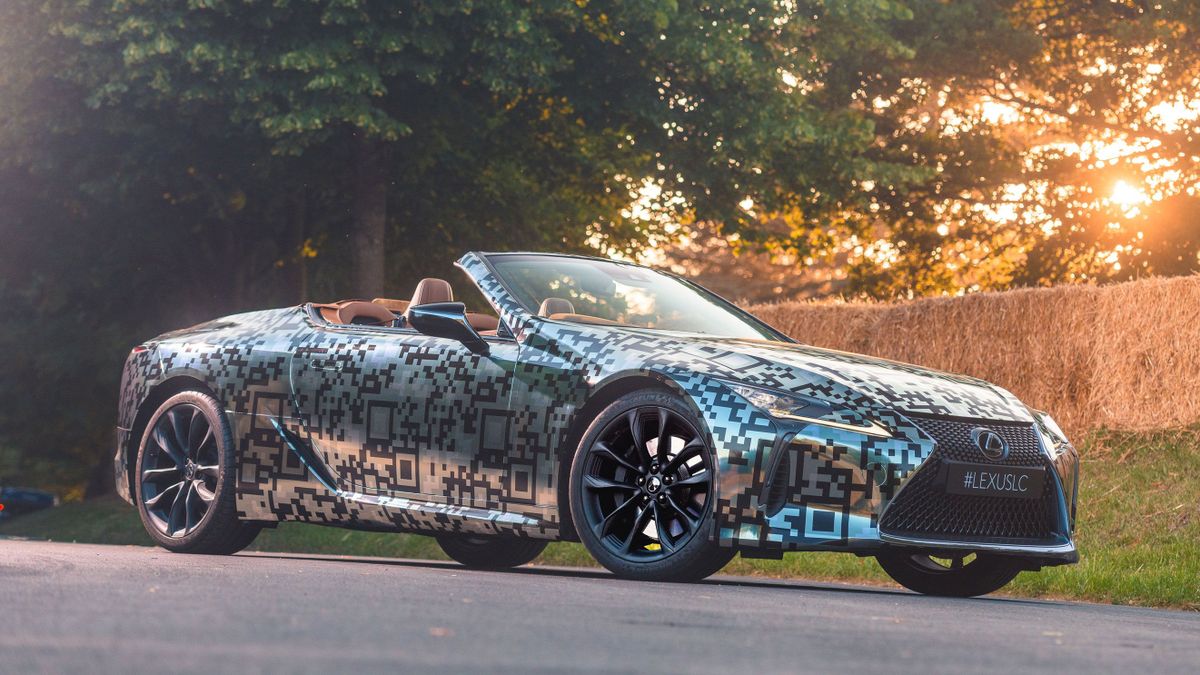 First published: 5th July 2019
Share on Facebook on Twitter
This is our first look at Lexus’ forthcoming LC Convertible, a top-down version of the LC Coupe released in 2018. It’s been shown off in prototype form at the Goodwood Festival of Speed, but Lexus says it’ll go into production “in the near future”, which we expect to mean 2020.

Underneath its camouflaged bodywork, the LC looks to share much with the coupe version, which is good news. We drove the coupe and were very impressed; check out our review.

Its reveal follows a concept version that was shown at the Detroit Motor Show earlier this year to general acclaim.

Details, specifications and prices have yet to be released, but we’d expect it to be available with both the 5.0-litre V8 engine and 3.5-litre V6 hybrid that the coupe offers, but probably a touch more expensive at around the £80,000 mark. 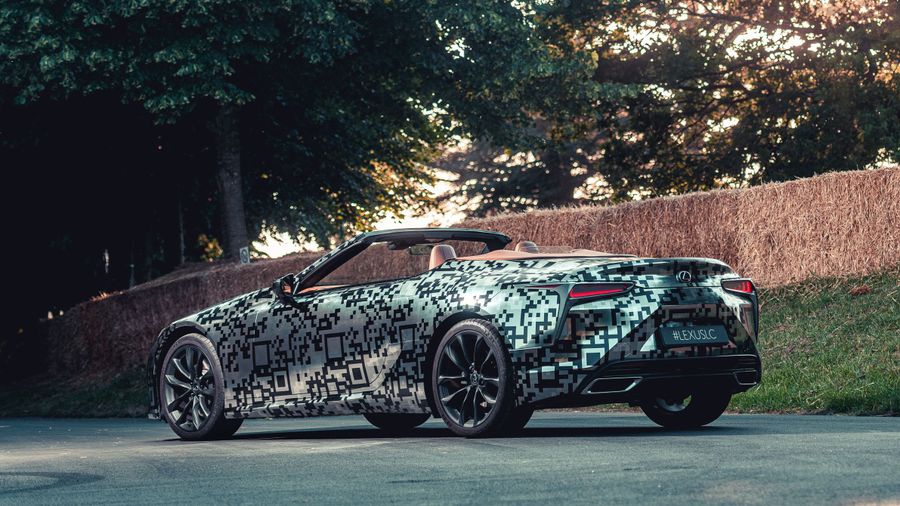 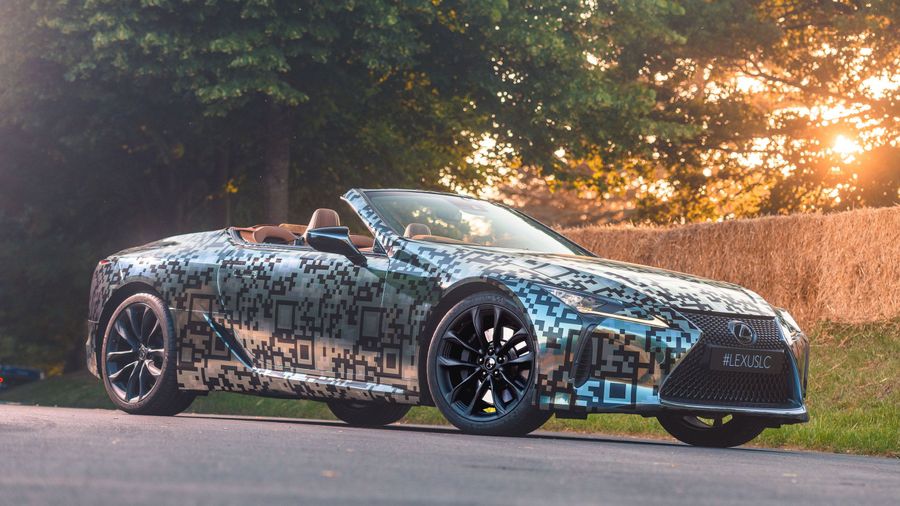