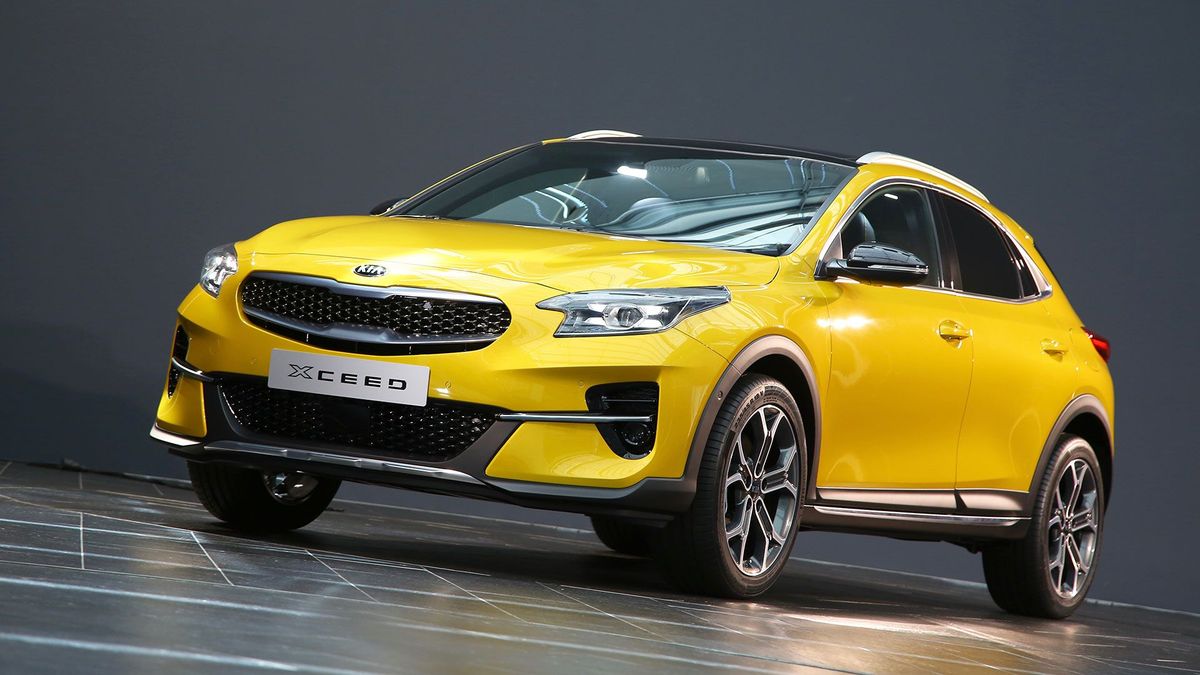 First published: 26th June 2019
Share on Facebook on Twitter
Kia has unveiled its latest car, the XCeed. It’s a baby SUV (or CUV as Kia calls it) version of the Ceed hatchback.

The XCeed will rival other small SUVs such as the VW T-Cross, Toyota C-HR, Seat Arona, and many, many more.

The Kia XCeed looks quite a bit different from the Ceed hatchback, and of course has some SUV styling touches. It’s a bit more rugged looking, a bit sportier, and a bit taller, wider and with a higher ground clearance than the normal Ceed.

Compared to the hatchback, only the front door panels are the same. The XCeed has even lost the recognisable Kia face.

It comes with LED lights front and rear, 16 or 18-inch alloy wheels, and a choice of 12 paint colours. The bright and summery Quantum Yellow in the pictures is unique to the XCeed model. 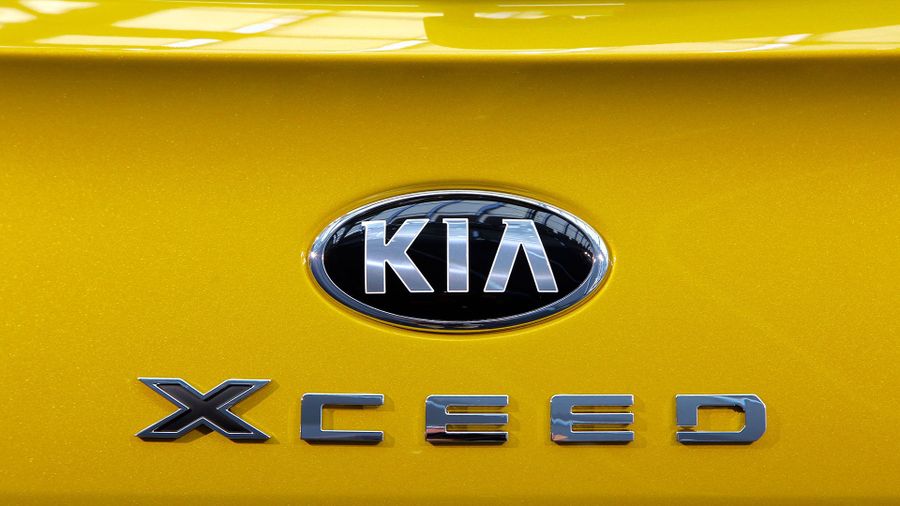 View gallery
Inside, the XCeed looks like a slightly funkier version of the Ceed and ProCeed, which is no bad thing. There is a large touchscreen, with Bluetooth, DAB, and Android Auto and Apple CarPlay, some touch-sensitive buttons underneath the screen, and a digital display behind the steering wheel.

Around the cabin there are lots of soft touch materials, chrome trim, and either cloth, synthetic leather, or real leather seats, depending on which model you go for.

There’s also the option of an interior yellow colour pack, as well as heated seats – front and rear – and a fancier JBL soundsystem.

Space is the back of the XCeed is decent, with a good amount of knee and headroom. The middle seat is also comfortable, and there’s a low transmission tunnel, so there shouldn’t be too many complaints from whoever is sat there. 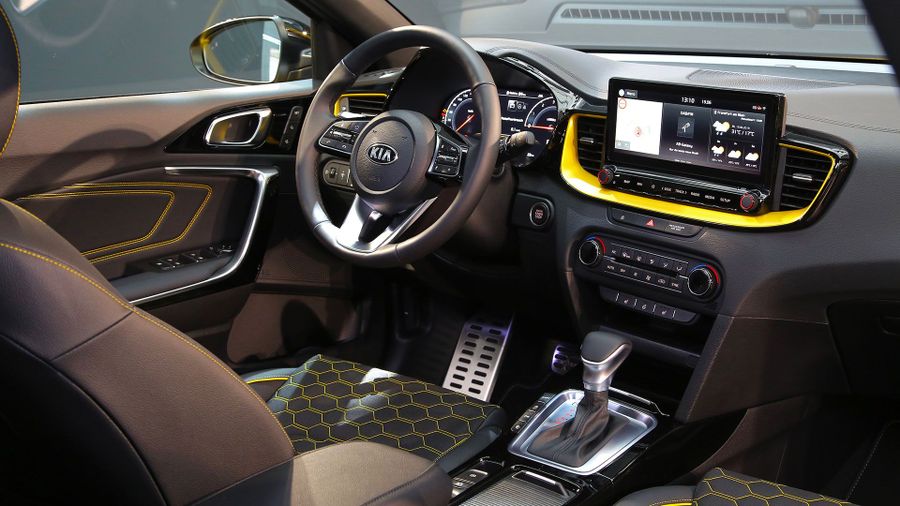 View gallery
The boot is 426 litres, which is 31 more than the Ceed hatchback. If you pop the rear seats down, that space grows to 1,378 litres. You can also move the boot floor up and down to create a secret storage compartment.

The XCeed will be available in three trim levels: 2, 3 and First Edition. They all come pretty well kitted out, with the First Edition ticking most things on the option list.

Five engines will be available at launch, three petrol and two diesel:

Except for the 1.0-litre petrol engine, all are available with either a six-speed manual or seven-speed automatic gearbox. Stop/start is fitted as standard to all models, and a mild hybrid and plug-in hybrid model will follow in 2020.

The Kia XCeed goes on sale in July, with first deliveries from September. It’s expected to cost from a little over £20,000, up to less than £30,000 for the top First Edition model. 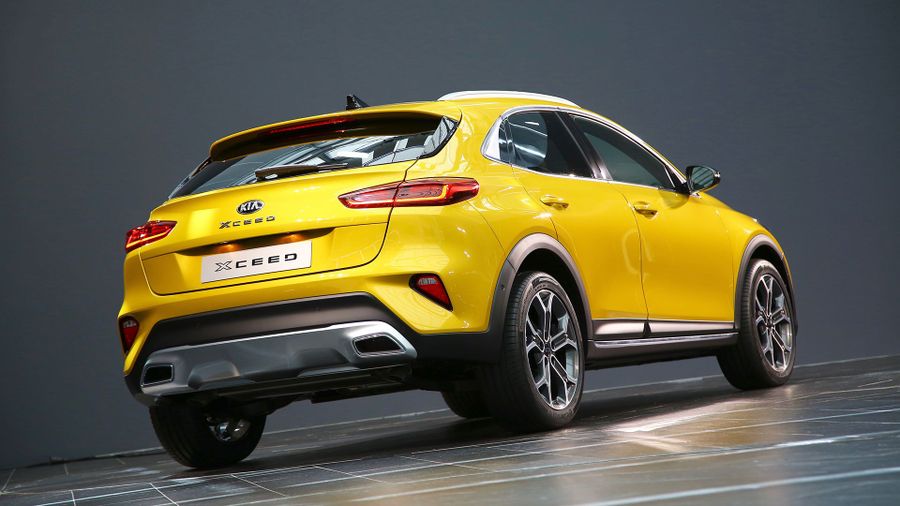 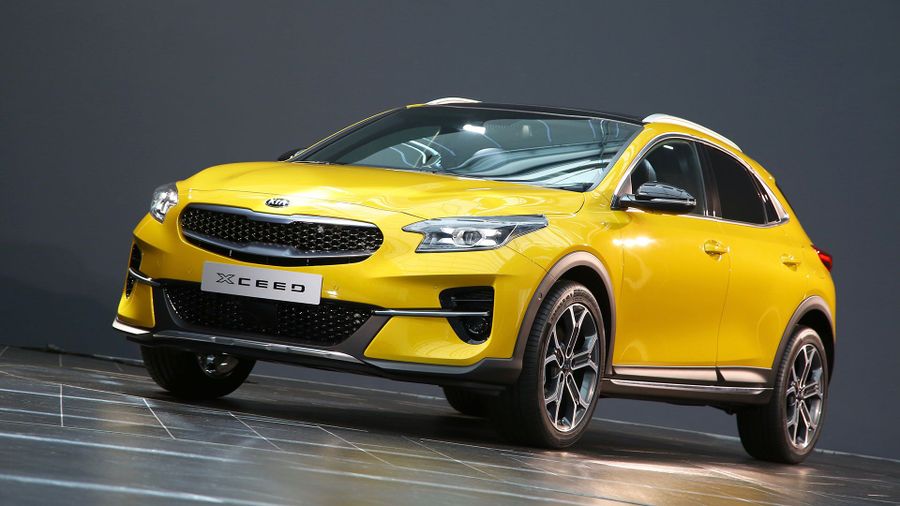