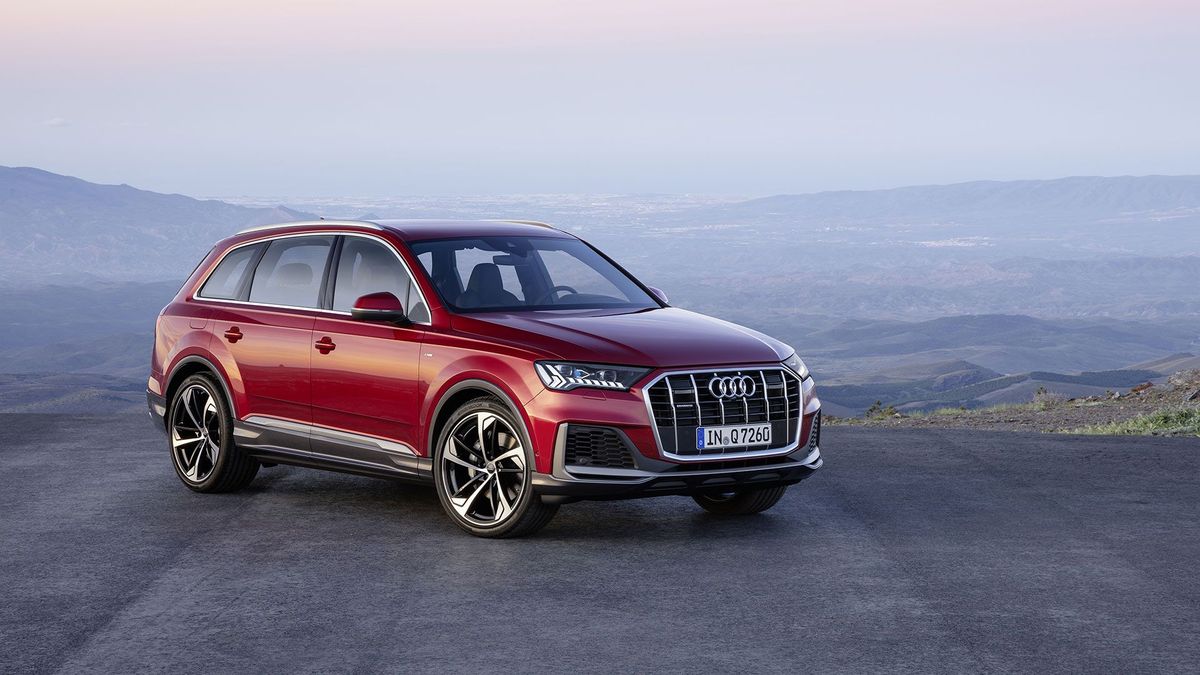 First published: 26th June 2019
Share on Facebook on Twitter
Audi has revealed its facelifted Q7 SUV. The updated version of Audi’s big SUV will be in UK dealerships in the autumn. It rivals the likes of the BMW X5, Land Rover Discovery, Volvo XC90, and Mercedes-Benz GLE.

The facelifted Q7 has gone through a few design changes, most notably, the new, huge octagonal grille. There are also new LED lights front and rear, the entire back end is new, and it’s a bit longer than before.

There are new wheels, from 19 up to a massive 22-inches, along with some new paint colours. A contrasting paint finish in Scandium Gray, as well as the black styling package will be available on the basic and S Line models.

And the Q7 will still be available in five or seven-seat guises. 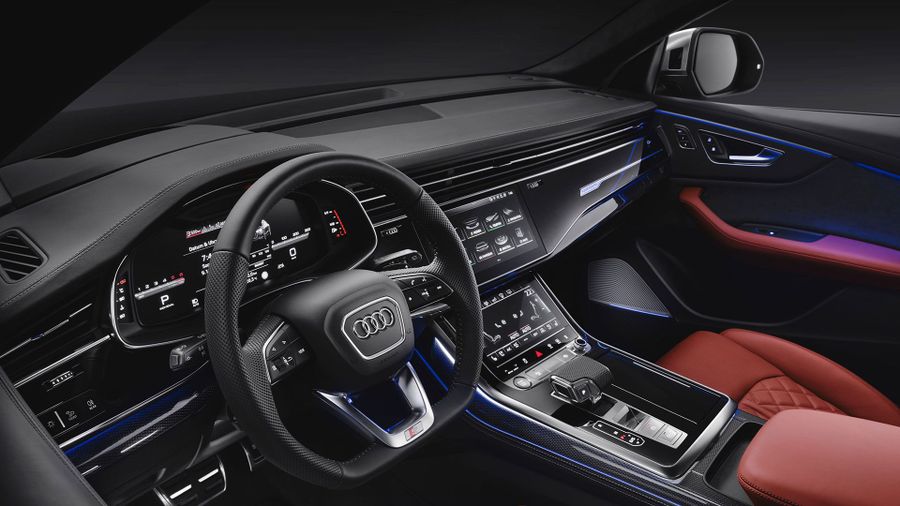 View gallery
Interior
The new Q7 has been brought up to date with Audi’s other premium cars inside. As ever, it is very high quality.

There’s an all-digital central console, with two touchscreens – 8.8 or 10.1 inches – that look great and have sharp, slick graphics. There’s a digital cockpit behind the steering wheel, too. While there is a lot going on, it is all easy and intuitive to use. Of course, the infotainment system comes with Bluetooth, DAB, Apple CarPlay and Android Auto.

And, a head-up display is on the options list if all that isn’t enough for you. There are also a lot of fancy options for the in-car technology, including Alexa, fancy sat-nav and a wi-fi hotspot.

Overall, there are four seat upholstery options, with seven colours and seven material options for the inlays, with an optional massage function on the top-of-the-range models.

In the five-seat model, the boot is 865 litres, or 2,050 litres with the seats down. If you go for the seven-seat model, all three seats in the back can be moved individually, and the backrest angle adjusted. An electric tailgate is standard, with foot-activated gesture control on the options list. 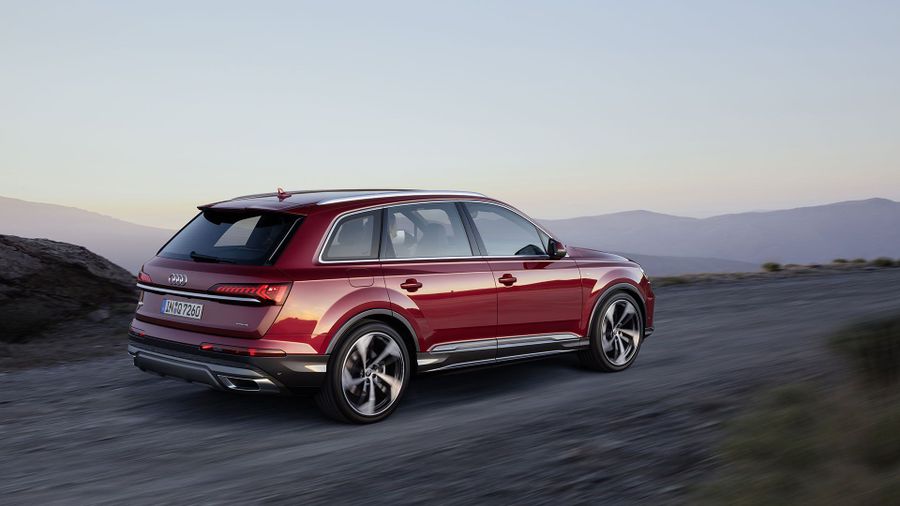 The top-of-the-range petrol engine is the 55 TFSI with 340 horsepower. It does 0-62mph in less than six seconds, with a top speed of 155mph.

A few months after launch, a 55 TFSIe plug-in hybrid will join the line-up.

Audi has added its electromechanical anti-roll stabilisation to the Q7 for the first time, which helps with body lean and ride comfort, and there’s still the option of all-wheel steering.

If you’ve opted for the adaptive air suspension, you can alter the ground clearance of the Q7 by 90mm, to help with off-roading. Seven-seat models come with air suspension as standard, and if you opt for an S Line model, the car will come with the slightly firmer air suspension sport.

The facelifted Audi Q7 will go on sale later in 2019, with first UK deliveries expected in the autumn. No word on price yet, but we’ll let you know as soon as we know more. 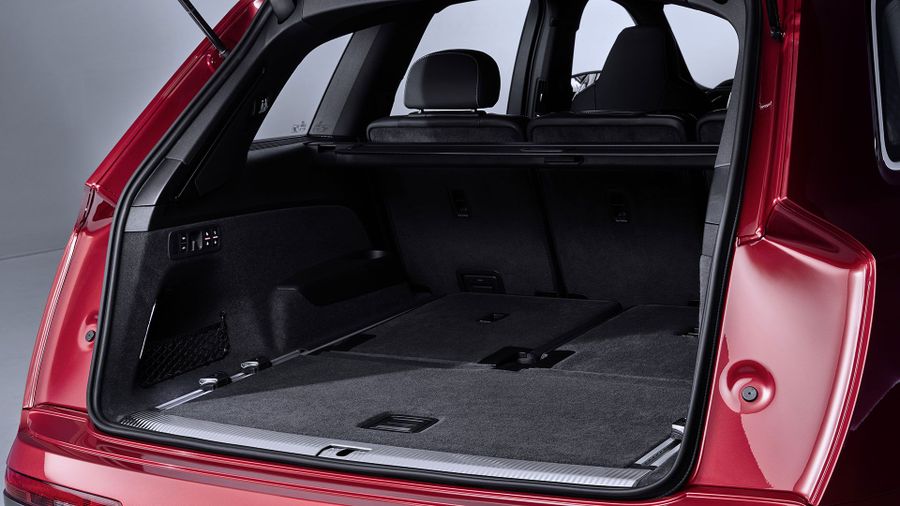 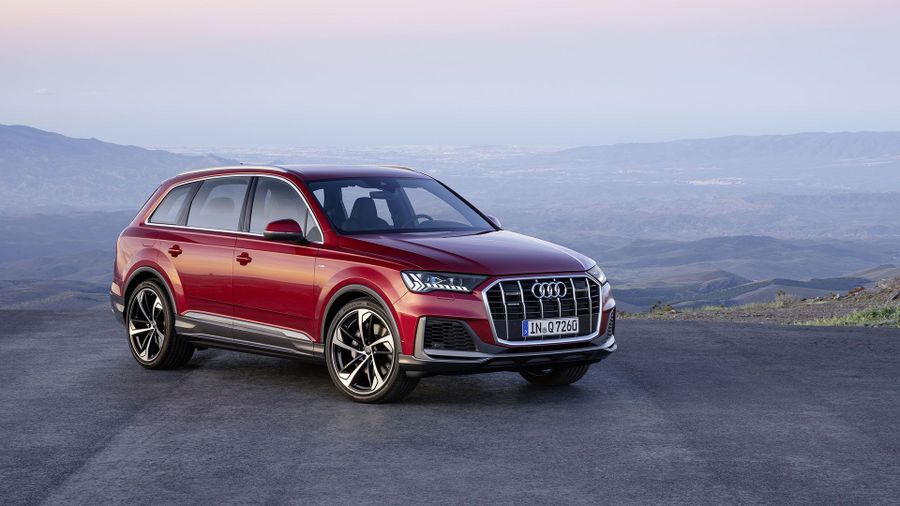