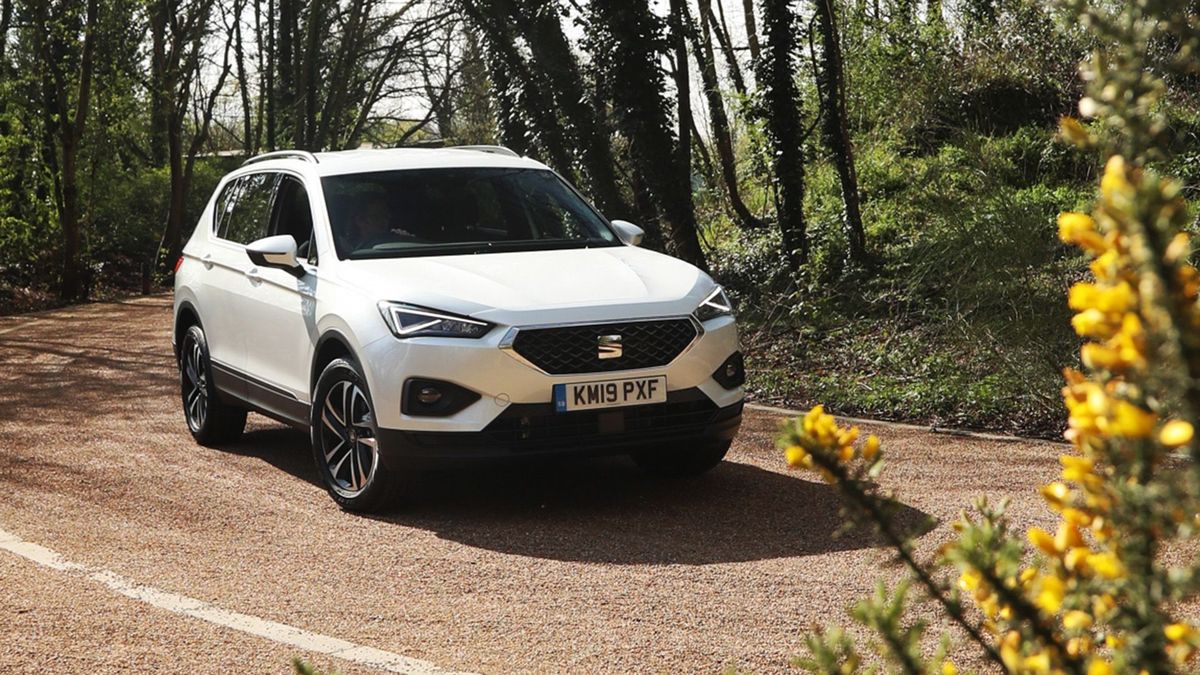 The Seat Tarraco – like the Skoda Kodiaq with which it shares, well, pretty much everything – is a fabulous family car that offers seven-seat practicality, impressive quality, generous equipment and excellent value-for-money. There isn’t much to differentiate it from the Kodiaq other than looks, but that on its own means it’s an excellent car. Those after a family-friendly seven-seater should definitely have it on their shortlist, alongside the Kodiaq, Kia Sorento and Hyundai Santa Fe.

Running costs for a SEAT Tarraco 4/5 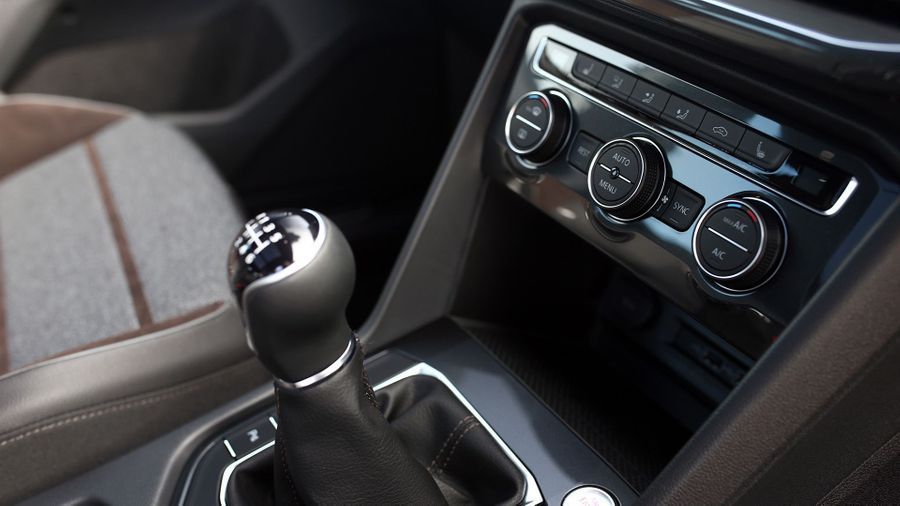 As expected, the Seat Tarraco is priced similarly to the Skoda Kodiaq. That’s really important, because the Kodiaq already undercuts most of its seven-seat SUV rivals by a hefty amount, adding a significant value-for-money element to the car’s lengthy list of attributes. The Tarraco also has pretty strong resale values, so when you come to sell the car on, it will be worth more than some of its rivals. Service, maintenance and repair costs all look favourable when compared with rivals, too.

The Hyundai Santa Fe and Kia Sorento are only available with diesel engines, so that will be something to consider if you particularly want petrol power. You may also be considering an MPV, such as the Ford S-Max or Citroen Berlingo XL. While these will cost you a bit less to buy than the Tarraco overall, you may very well have higher running costs due to lower resale values. The Tarraco’s CO2 emissions and fuel economy figures are pretty similar to the Kodiaq’s, and they’re pretty good for the class.

Reliability of a SEAT Tarraco 3/5 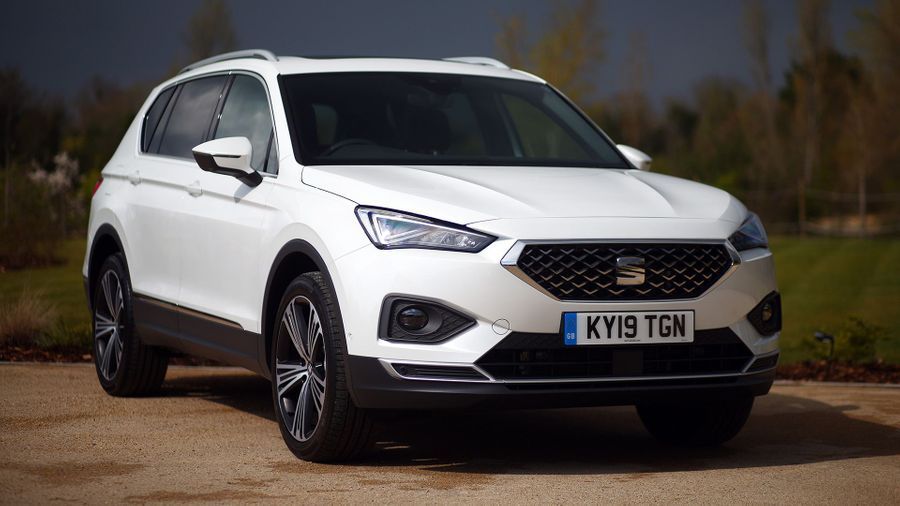 The Tarraco comes with a three-year warranty: with two-years unlimited-mileage, and a third-year up to 60,000 miles. You’re also covered with a three-year paintwork warranty, and 12-year anti-perforation warranty. At the point of sale, you can also extend your warranty by another year or two.

The Warranty Direct Reliability survey ranks Seat in the bottom half of its manufacturer table, but the average age of the cars in the study means most will be the previous versions to the current ones, meaning the hardware they use – and thus how dependable it’ll be – is entirely different. The 2019 JD Power UK Vehicle Dependability Study tells a slightly more positive story. Seat ranks slap-bang in the middle of the manufacturer standings, right on the cusp of the industry average.

Safety for a SEAT Tarraco 5/5 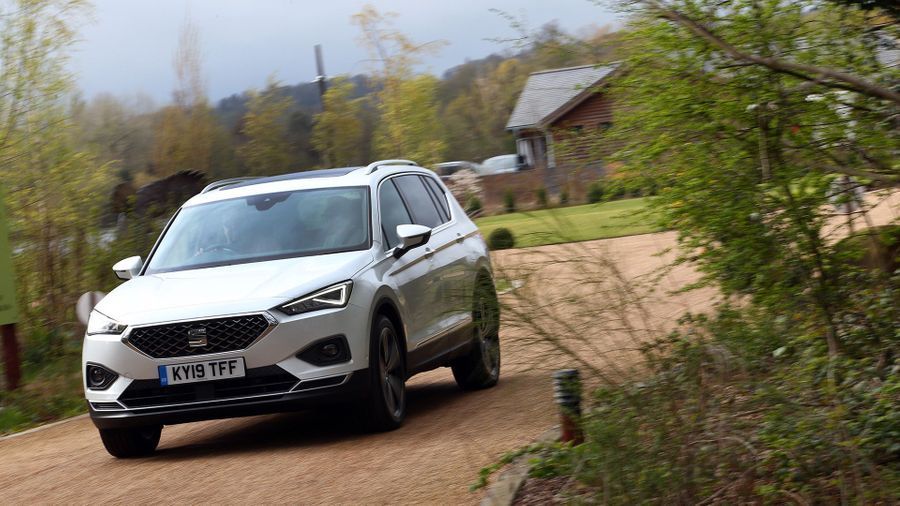 The Tarraco gets a really good amount of safety kit as standard. Across the range, you get six airbags, eCall – which will alert emergency services automatically in the event of an accident – and seat belt reminders for all seven seats. On top of that, there’s an autonomous emergency braking system with pedestrian protection, hill hold control, lane assist, and a tiredness recognition system. You also get easily accessible Isofix points in the outer middle row seats, and front passenger seat, with top tether anchorage points. As you climb further up the range, extra bits like adaptive cruise control and various different means of parking assistance join the roster.

How comfortable is the SEAT Tarraco 4/5 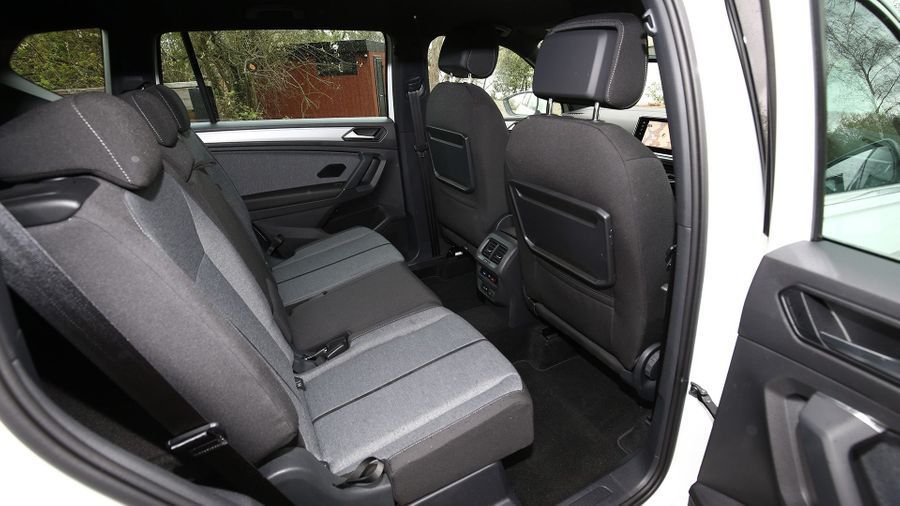 The Tarraco comes with seven individual seats as standard. Those in the middle row (as well as the front passenger seat) can be slid, reclined and folded independently, while the two in the back fold down neatly into the boot floor. There’s enough room for a six-foot adult in all of them, provided those in the middle donate some kneeroom to those behind by sliding their chairs forwards a bit.

The boot is a reasonably decent 230 litres with all seven seats in place, and if you only use five of them, the loadspace you get jumps to a whopping 700 litres. Use the Tarraco in two-seat mode and you get a maximum of 1775 litres, and the load floor is pretty flat and level the whole way along. The space has been designed well, with room under the boot floor to tidily store the retractable load cover and spare wheel. On top of that, the door pockets are deep enough to fit a large bottle of water, there are two cubby holes in the centre console with two pop-out cupholders and storage under the front seat. There’s also a decent-sized glovebox, fold-out tray tables on the backs of the driver and passenger seats. This all means the Tarraco is an exceedingly practical and versatile car, and will suit any family who needs that kind of space and flexibility.

The Tarraco is Seat’s flagship vehicle, and happily, it feels like it inside. There are some nice finishes and glossy elements that make it feel a good bit posher than other models in the firm’s range, and it’s easily the match of most of its competitors for quality. Even the surfaces that aren’t quite so lustrous are still solid and sturdy, which also adds to the car’s sophisticated feel. There’s plenty of adjustment for the driver’s seat and steering wheel that helps you find a comfy driving position, and you get a decent view out in all directions. The dashboard layout is simple and easy to navigate, with a digital cockpit, and the 8.0-inch touchscreen infotainment system is reasonably easy and intuitive to use, with nice looking graphics.

On the road, the Tarraco will be comfortable enough for most people. The suspension is slightly firmer than in the Skoda Kodiaq, but it’s still soft enough that potholes won’t thump into the car. It actually feels pretty agile and light on its feet for a car of this type and size; there is some body roll around corners, but not as much as you get in some of the Tarraco’s rivals. It’s also very quiet inside, as exterior noises are well suppressed whatever your speed. The steering is light and precise, so it’s really easy to drive around town – despite its size – and when you find a faster road with a few more corners, the steering does get a bit heavier, which will give you more reassurance when driving at speed.

Features of the SEAT Tarraco 4/5 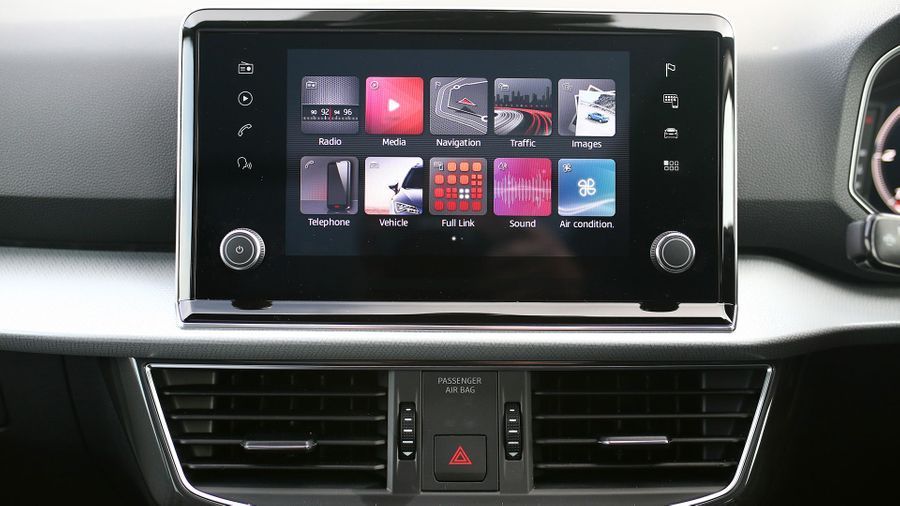 Xcellence adds lots of extra tech bits to your car. It includes a wireless phone charger, rear-view camera, front parking sensors, and it can park itself. You also get an electric tailgate, adaptive cruise control – which means the car accelerates and brakes for you while keeping a safe distance from the car in front – keyless entry and start, and front sports seats in faux-suede upholstery.

Top-of-the-range Xcellence Lux trim has even more fancy kit. You get leather upholstery, a top-view camera which shows you a view from the top of your car when you’re parking, and heated front and outer rear seats.

Power for a SEAT Tarraco 4/5 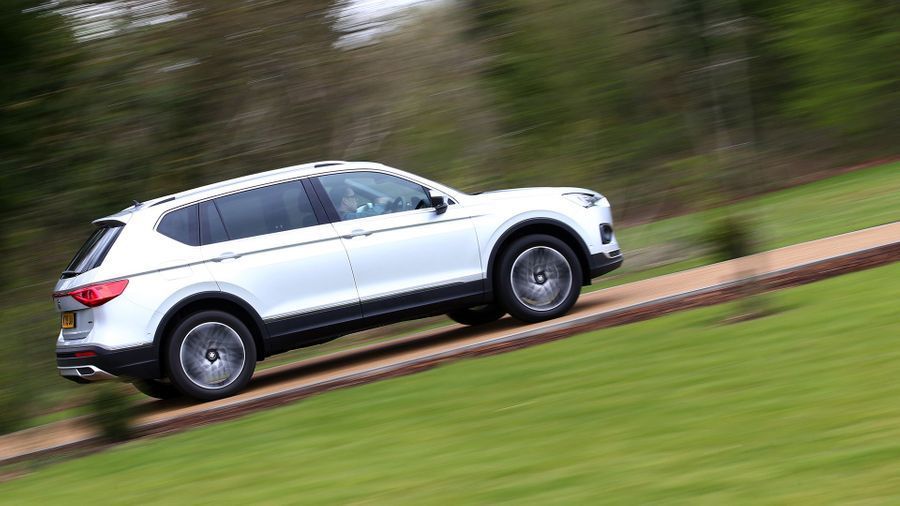 Four turbocharged engines are available; two petrols with 150- or 190 horsepower, and two diesels with the same power outputs. Both the most powerful engines come with four-wheel drive and a twin-clutch automatic gearbox as standard, while the entry-level petrol only comes with front-wheel drive and a six-speed manual gearbox. With the entry-level diesel, you have a choice on both your gearbox and whether you want two or four-wheel drive.

The lower-powered petrol is likely to be the most popular, and this 1.5-litre unit should be fine for most people. It does feel a fraction flat at the bottom of the rev range, so it can take its time to get going, but it’ll still be perky enough and it feels more muscular and responsive once you’re up to speed. It’s smooth and quiet, too, and the manual gearshift is also nice and slick. The more powerful 2.0-litre petrol doesn’t feel a great deal stronger than its more modest counterpart, and you’ll also find the automatic gearbox can occasionally fluff its lines and impede your progress. So, unless you really want the auto and four-wheel drive, we don’t see much point in upgrading.

The entry-level diesel engine will also deliver enough power for most people, with a decent low-down pull. The 190-horsepower engine is also a decent prospect and delivers strong, smooth performance. Although the diesel engines aren’t quite as quiet as the petrols, they’re still impressive, and the noise only becomes apparent if you work the engine hard. The diesel options will be better than the petrols if you want to use your Tarraco for towing. 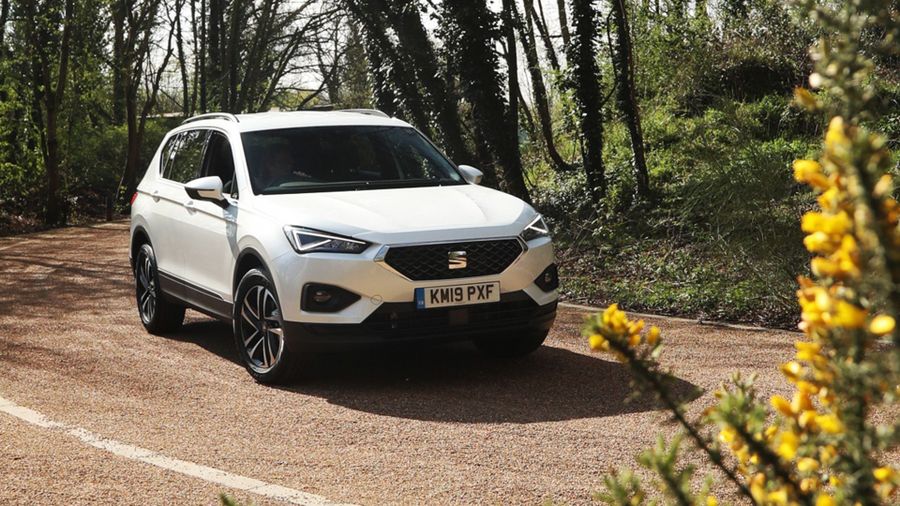