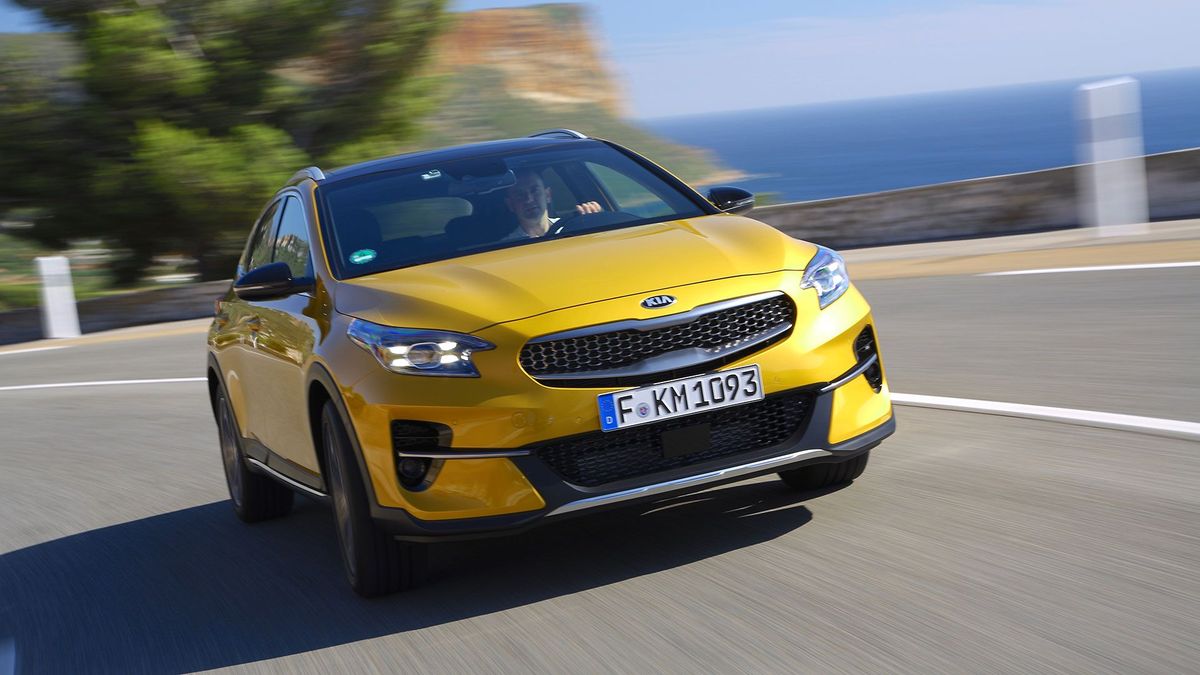 The Kia XCeed has its work cut out appealing to buyers in such an overcrowded and competitive section of the market, but we’d say it’s definitely worthy of your consideration. It has enough style and practicality to cut it on the school run, and it’s also quiet and comfortable to drive, very well equipped and reasonably affordable to buy. Just what a small family needs.

Running costs for a Kia XCeed 4/5 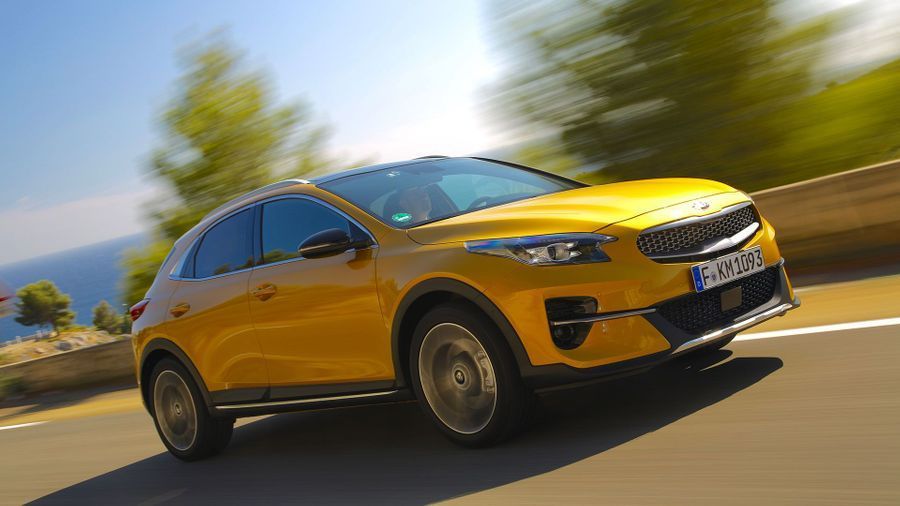 The XCeed isn’t a cheap option in the compact SUV class by any means, but it is very competitive. It costs roughly the same to buy as the Skoda Karoq, and even a shade less than the Toyota C-HR. And it’s always worth weighing this price against the vast amount of standard equipment – not to mention the generous warranty – when judging value for money. The XCeed’s efficiency figures also look competitive in relation to those of rivals. Resale values will be the big factor in how much the XCeed will cost you to run, then, and although these are still slightly unclear, Kia usually does pretty well on this score and we can’t see any reason why things should be different with this car.

For those with a real eye on running costs – or those company drivers for whom new Benefit In Kind rules favour them – the new plug-in hybrid version of the XCeed will be an attractive option. As with all hybrids it’ll help if your regular journeys are within the electric-only range to reap the efficiency gains but, either way, the tax savings could be huge.

Reliability of a Kia XCeed 4/5 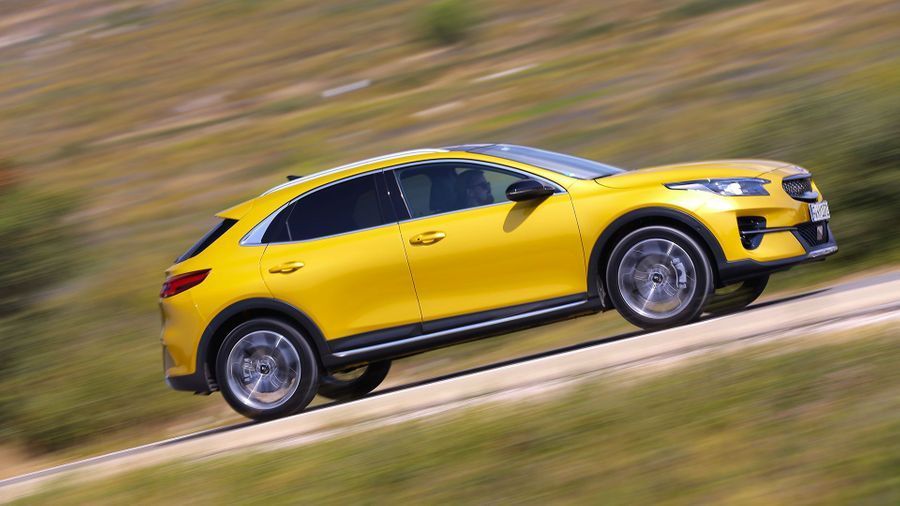 Despite slipping a few places in recent years the JD Power Vehicle Dependability Survey should make for comforting reading for Kia owners thanks to the solid top 10 position the brand occupies. As standard, all Kia models come with an industry-leading factory-backed seven-year (or 100,000-mile) warranty, so even picking up a low-mileage used model should keep you covered. 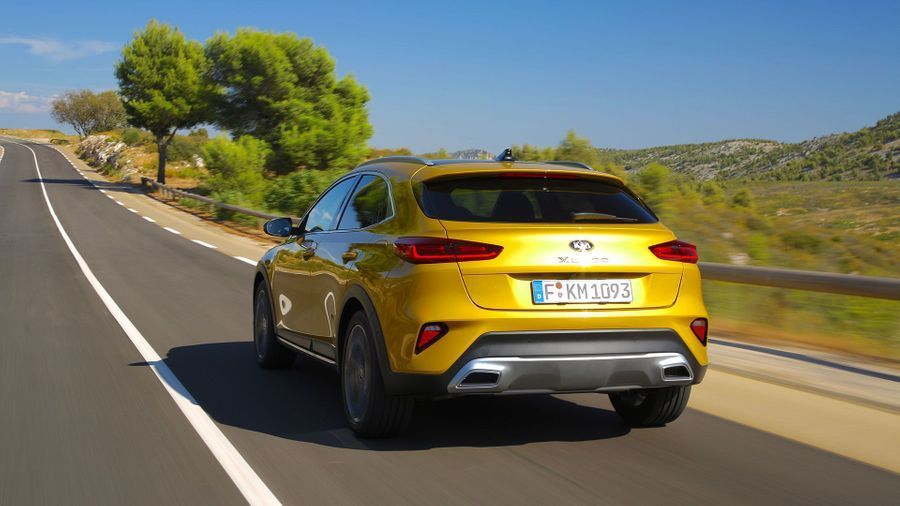 The XCeed is available with many of the latest clever gizmos that help prevent you from running into trouble – or for that matter, anyone else – but the precise amount of these your car gets rather depends on the version you pick. As well as all the airbags and electronic stability systems you’d expect, the XCeed also comes with lane-keeping assist and an automatic emergency braking system. As an optional extra, you can choose to upgrade the latter to include pedestrian detection. This and the blind-spot warning you get on fancier models should really be standard in this day and age, though.

How comfortable is the Kia XCeed 4/5 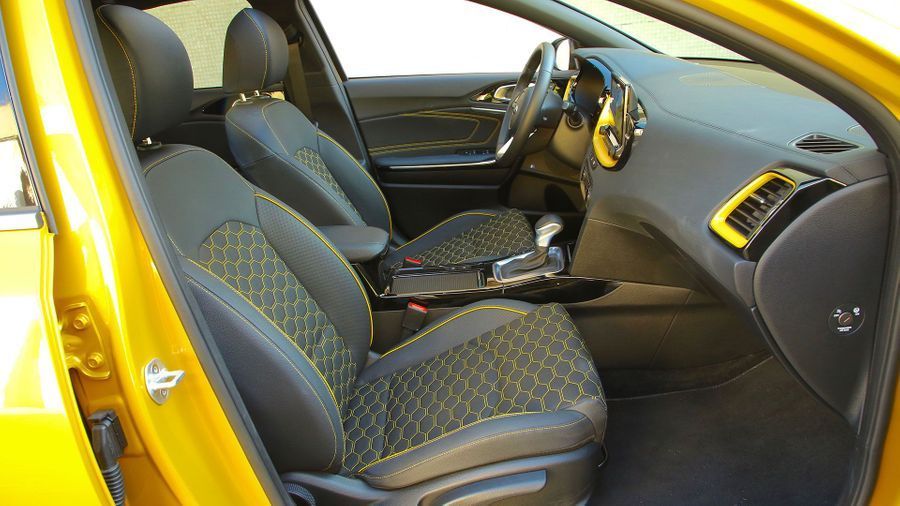 We won’t bore you with the nuts and bolts of the situation, but suffice it to say the XCeed has a slightly more sophisticated suspension system than the regular Ceed hatchback. Comfort is its main strength, because it deals with bad road surfaces with impressive calmness and tranquillity. It’s a quiet way to travel, too, because road- and wind noise are kept to a minimum, and that further contributes to the car’s civilised nature. Despite this impressive comfort, it’s not slouch in the bends, either. Such a blend of abilities makes this the best-driving version of the Ceed you can buy, and it also compares well with other midsize SUVs. Don’t go expecting any 4x4 capability for this SUV, though, because the XCeed is front-wheel-drive only.

It's also a decently spacious and practical car. Set the front seats up for a couple of six-foot occupants, and there’s plenty of kneeroom behind, easily enough to satisfy passengers of the same size sitting in the back seats. If you’re much taller than that, you might struggle a wee bit more for headroom. That said, all the cars we tried were fitted with a panoramic sunroof, which might well have a negative effect on the height of the ceiling. The boot is a very decent size by class standards, and is big enough for a selection of bags and pushchairs, and the space can also be extended to carry bigger loads by folding down the rear seats. There is a sizeable lip to haul things over, though.

Features of the Kia XCeed 5/5 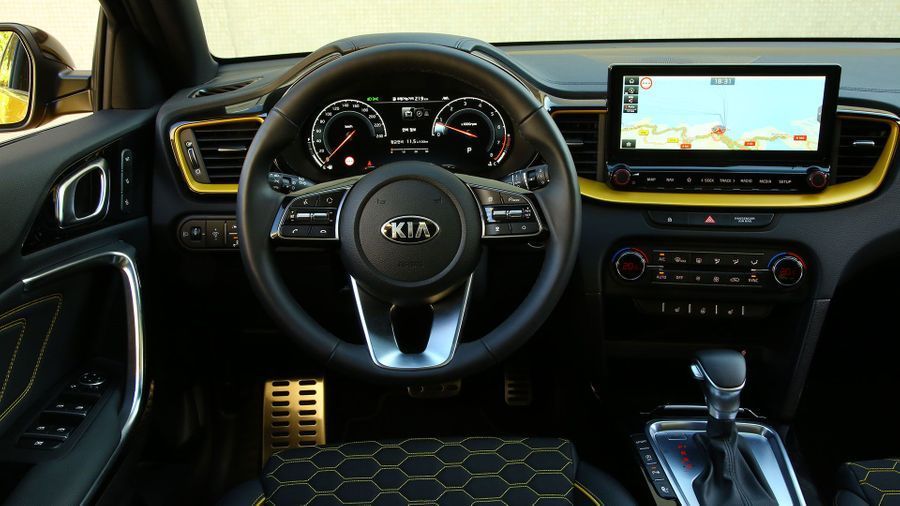 All XCeed models get air-conditioning, leather wrapping for the steering wheel and gear shifter, automatic lights, keyless entry and a touch-screen infotainment system with voice-activated Apple CarPlay and Android Auto and a reversing camera. It all gets the job done but the bigger and more sophisticated touch-screen on the next model up is flasher and you also get nicer trim, heated seats and steering wheel and dual-zone climate control. Top models get a full-size digital instrument display and powered tailgate among other upgrades. 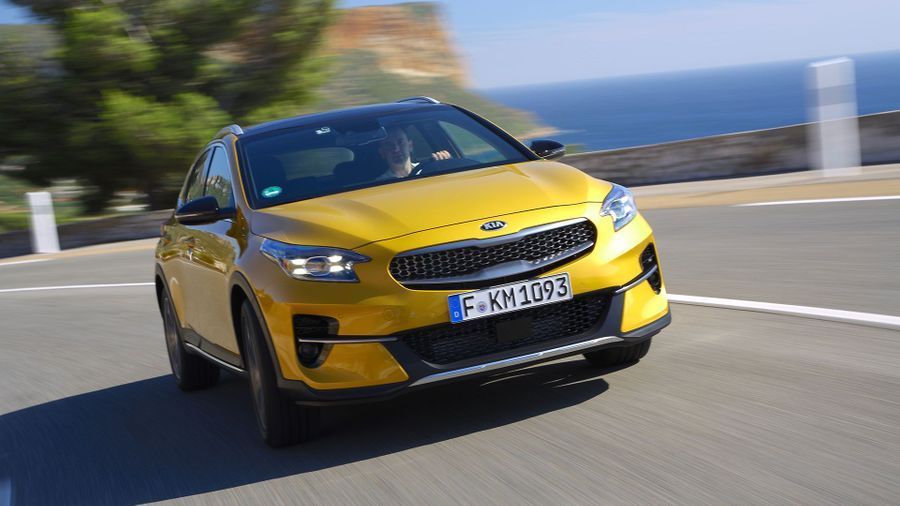 There are two petrol options for the XCeed, a 1.0-litre three-cylinder and more powerful 1.4. We tried the latter and, for the most part, it’s fab, with plenty of pulling power, fast responses and excellent refinement. We found it a little jerky off the line though, a problem that disappears if you choose the optional seven-speed ‘dual-clutch’ style automatic.

The two diesels available – both 1.6-litre units with either 115 horsepower or 136 horsepower – can only be had with a manual gearbox, but a least the shift is a fraction smoother than it is with the petrol. We’ve tried the more powerful version, and although it’s neither the most muscular nor the smoothest or quietest engine of its type, it’s still very good in both regards and really suits the car.

There’s now a plug-in hybrid version of the XCeed too, which we haven’t tried yet. It’s got comparable power to the 1.4 petrol so we’d expect performance to be similar, albeit with much improved economy and CO2 emissions by official figures. Kia claims an electric-only range of up to 36 miles too, which should mean you can do most short journeys without using the petrol engine at all. 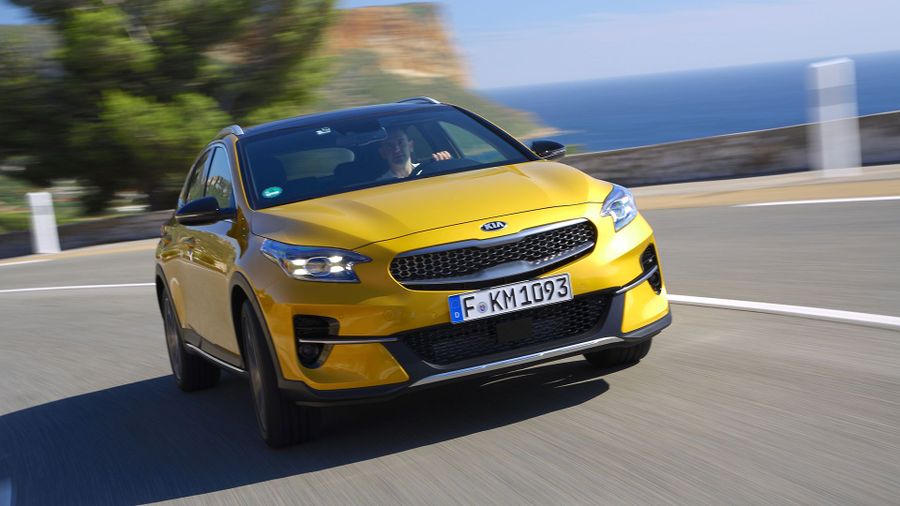