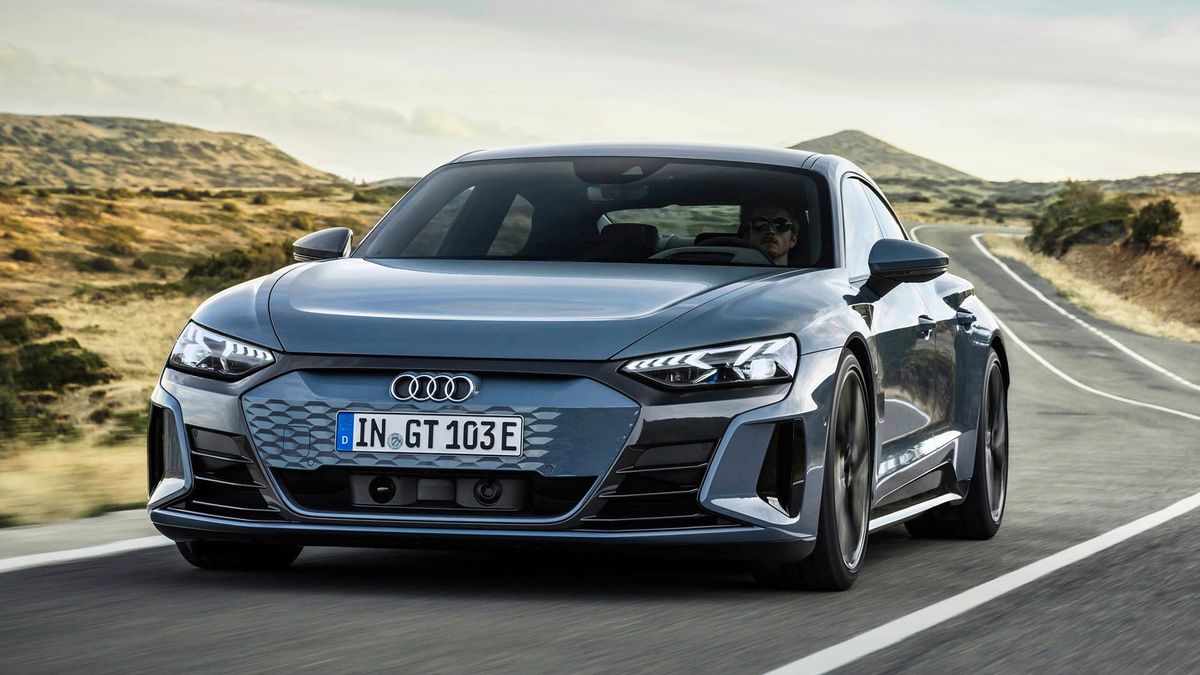 First published: 9th February 2021
Share on Facebook on Twitter
If you were wondering what might have inspired Tesla to announce its 1,000 horsepower plus Plaid version of the Model S and Porsche to invite us to drive the new ‘affordable’ rear-wheel drive Taycan in the last few days here’s the likely reason – the new Audi E-Tron GT. A sleek, luxurious four-door coupe, the all-electric E-Tron is a big moment for Audi’s electrified sub-brand and, in its top trim, is the first electric RS model.

The new car will be available in two models initially, both of them fast and powerful. The E-Tron GT Quattro has motors driving all four wheels and deploys 476 horsepower, which matches what the new ‘entry-level’ Porsche Taycan does on overboost. But the Audi has a little more up its sleeve and can unleash 530 horsepower for short periods with the launch control function, powering it from 0-62mph in just 4.1 seconds. Both cars use a battery with 85kWh of usable charge, the best-case range being an official 302 miles on the GT.

The RS E-Tron meanwhile starts with 598 horsepower, with 646 horsepower in its boost mode. That chops the 0-62mph time down to just 3.3 seconds, which puts it mid-way between the Taycan 4S and Turbo in its performance figures but still a long way behind the Tesla Model S. The RS version gets nifty four-wheel steering and an active differential at the back to help deal with the extra power; these are optional on the standard GT. Both get adjustable air suspension that can adapt the ride height to different driving situations, including slamming it to the deck at speed for reduced drag on the motorway. 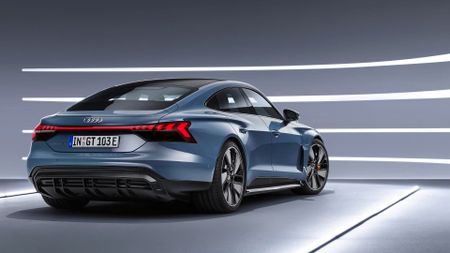 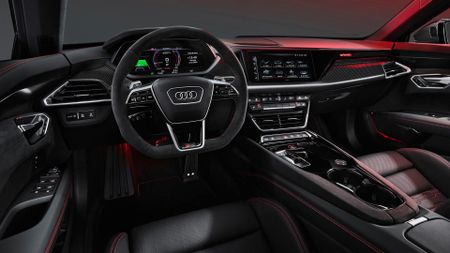 View gallery
Why all these comparisons with the Porsche Taycan? Well, in case you hadn’t already guessed the two are pretty similar under the skin and share much of the same technology. Indeed, the two cars are pretty similar looking full stop, though the unmistakable Audi styling treatment front and rear give it a sense of its own identity and the E-Tron has a more muscular look than the Porsche. Starting price for the Audi is £79,900 for the E-Tron GT Quattro and £110,950 for the RS version – the Taycan starts at ‘just’ £70,690 but is only rear-wheel drive at that price and even the briefest dip into the options list will wipe out that cost advantage in an instant.

Neither model qualifies for the Plug-In Electric Car Grant so you can forget the dream of the Government chipping in £3,000 to the price, too. Saying that the potential tax savings if you run it as a company car will be a bigger draw for most buyers, especially if they’re in the higher income tax bracket and could therefore save a packet every month over an equivalently powerful internal combustion powered model like the RS7.

Inside the E-Tron GT is suitably lavish in both its specifications, with a ‘double screen’ layout of Audi’s Virtual Cockpit Plus for the instruments and a central touch-screen for infotainment. Expect plenty of toys and gizmos, the driver assistance functionality among the features Audi is making some noise about. Those aren’t the only sounds from the E-Tron GT either, the Acoustic Vehicle Alerting System or AVAS changing according to which of the driving modes you happen to be in. Audi says the system is louder than the minimum alert required by law, expanding to “an acoustic impression of the progressive Gran Turismo character” in the Dynamic driver profile. 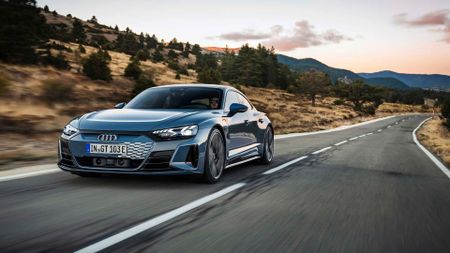 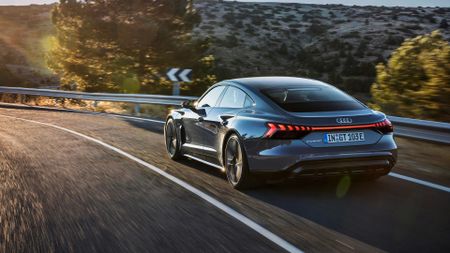 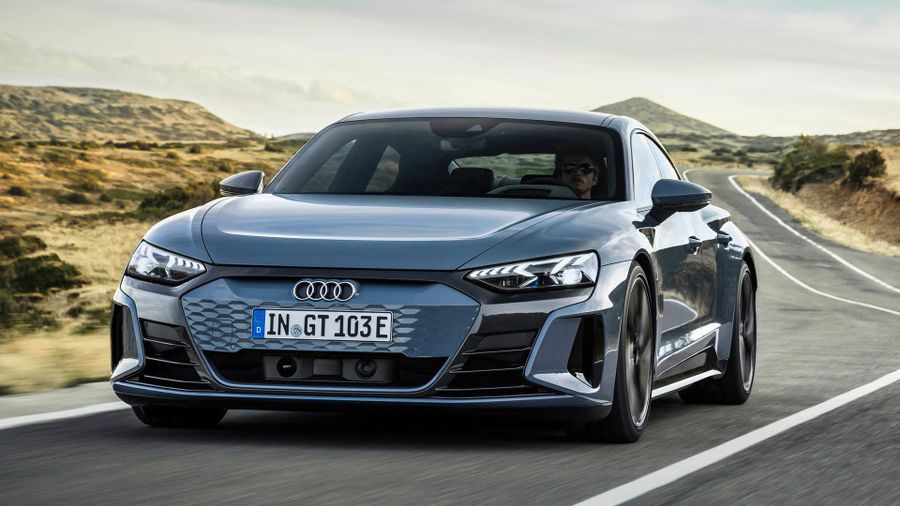