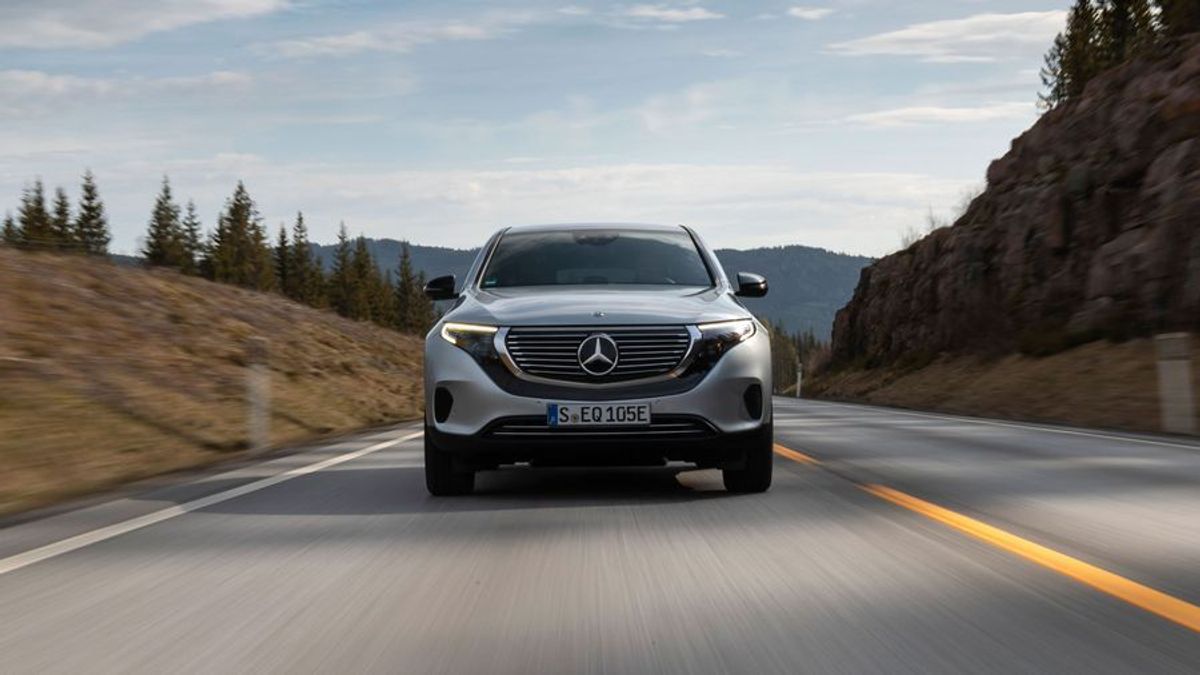 Electric vehicle batteries have come a long way over the last few years, and such it can be hard to keep on top of where we are with it all.

In this article, we take a fresh look at the latest tech in EV batteries – including whether you still need to lease an electric battery, and top maintenance techniques to prolong a battery’s lifespan.

How do electric car batteries work?

How do electric car batteries charge?

When your electric car batteries are depleted, they’ll need to be recharged – normally from the grid. To access the grid power, you’ll need to use either a wall socket or an EV charging unit.

You can charge your electric vehicle at home, which is often cheaper and more convenient. Here’s how to work out how much it’ll cost to charge your EV at home.

If you need to charge when out and about, or where you live won’t support home charging units, then you can use chargers made available in public or at work.

How long it takes an EV battery to charge will depend on the size of the battery and speed of the charging point. 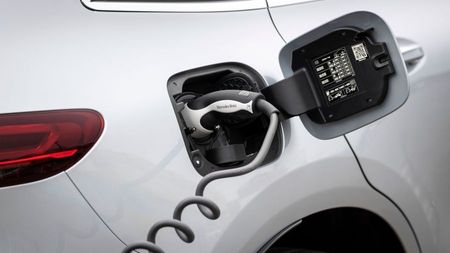 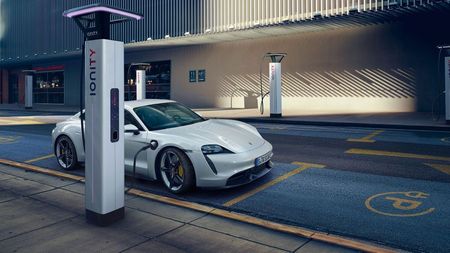 The length of time an electric car battery lasts between charges is called its range. The range of an electric car varies by make and model, but you can generally expect to travel between 150 and 250 miles in a modern electric car before you need to recharge.

You can learn more about an electric car’s range here.

Electric cars often include energy-saving features to help prolong a battery’s charge. These can include “idling” (where the car turns off when stopped to prevent wasted energy) and “regenerative braking” (where the battery charges when you brake). Keep an eye out for those if you’re shopping for a new electric car. 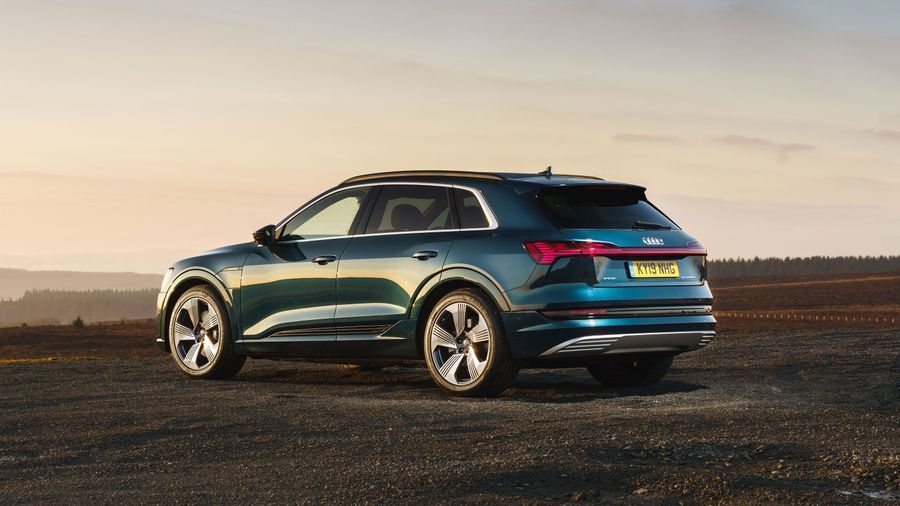 So, in a real-world example, if you drive a Tesla Model S with a 75kWh battery and a range of 230 miles, you should get around 32.6kWh per hundred miles.
What are ampere hours?
If an electric car’s capacity isn’t specified in kWh, it’ll likely be listed in ampere hours (Ah). Ampere hours measure the charge delivered by the battery, and kilowatt hours measure the energy delivered.

If you’re comparing models, then look at the battery’s voltage and use this calculation: current in Amps x voltage = power in Watts. 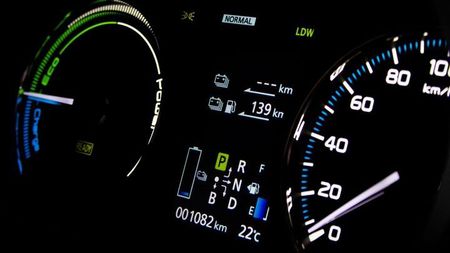 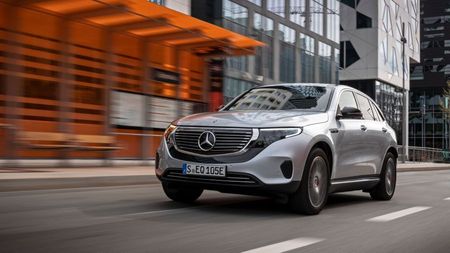 Most, if not all electric cars use Lithium ion batteries now. They’re the current standard and offer a longer range and retain energy better than other battery types, which in the past have included lead acid and NiMH (nickel metal hydride) batteries.
What are solid state batteries?
Solid state batteries are a new technology that are said to offer shorter charging times and greater ranges than lithium ion batteries.

Early word says solid state batteries are likely to be smaller and they could be reasonably cheap too. BMW, Toyota and Volkswagen are currently set to start mass producing solid-state batteries by the mid-2020s, so they’re a while off yet. 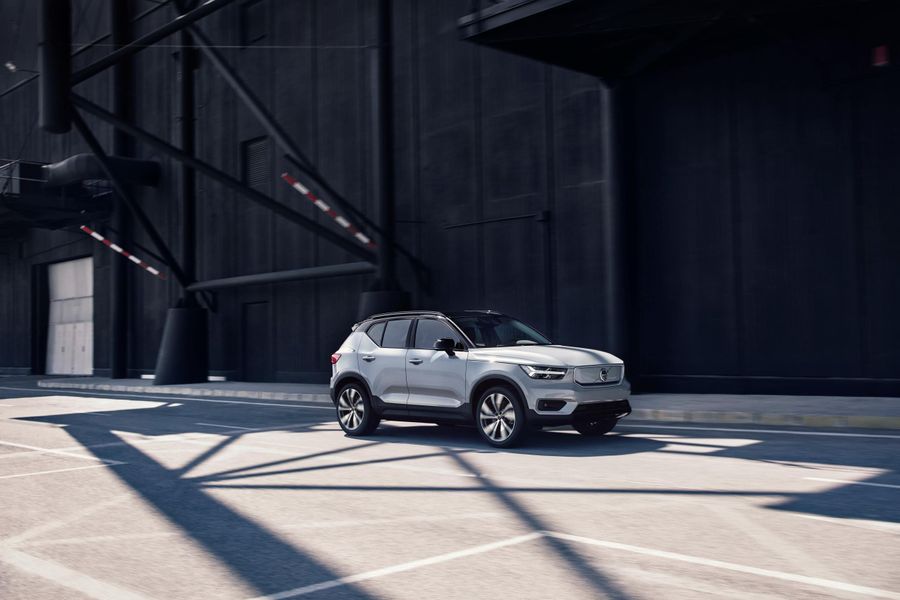 How long your battery lasts (its lifespan) will depend on a number of factors, including how often it’s charged.

You can extend the lifespan of most EV batteries by keeping them charged between 50% and 80% as much as possible. Why? Well, recharging the battery generates heat, and too much heat (caused by keeping your electric car fully charged) can damage the battery over time.

To combat this, some electric cars stop charging altogether when they reach capacity. Others slow down their charging for the last 20%, which is why public charging points often quote the time it takes to charge a car to 80%.

Other tips to prolong your battery’s lifespan include:

• Keep an even temperature – extreme hot or cold can negatively affect the battery’s range and its lifespan
• Don’t rely on fast chargers – they’re fine to use when needed, but a slow charge is better for your battery in the long term.
• Avoid charging your car straight after a long drive – give the batteries chance to cool down first. 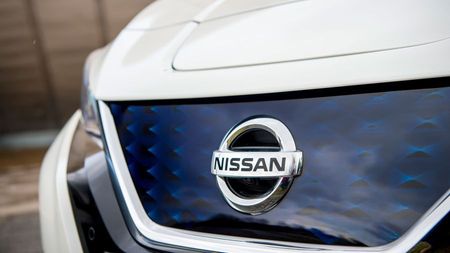 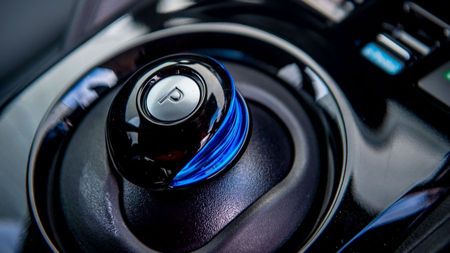 The length and details of the warranty will depend on the car manufacturer, so make sure that’s on your list of questions to ask when you’re close to buying an EV.

Most manufacturers, including Nissan and Toyota, offer an eight-year (or 100,000 miles) warranty on their electric car batteries. This normally covers the battery degrading to a certain degree, so you should be well covered.

Most electric car batteries last at least 10 years, with some lasting up to 20 years, so don’t worry too much about the cost of replacing the battery before you’ve even bought a new car.

Leaving your battery flat and your car out of use could result in the battery pack no longer accepting charge (this is called bricking), but a lot of EVs have systems that prevent the battery fully depleting.

You may find the battery loses its capacity over time. This is natural, and often due to extended use. In the event of a battery fault, consult your warranty first. 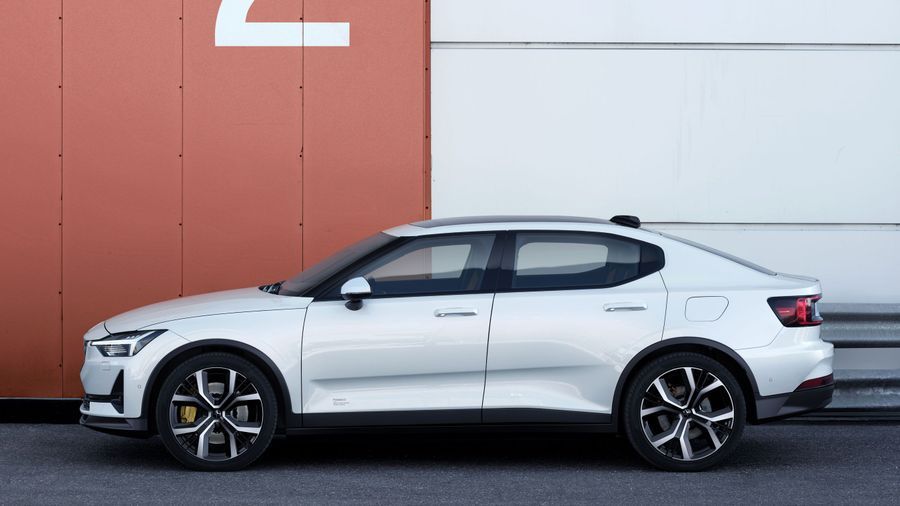 If you’re thinking of buying a used electric car, factor in the battery that comes provided.

If the car is a few years old, you might (but not always) have more of an issue with how well the battery keeps it charge. Replacing the battery could cost a lot of money – at which point you have to consider the pros and cons of leasing vs buying an electric car battery.
What to look for in a used electric car battery
If the car has been driven regularly, and the battery has been correctly charged and discharged, it should be in better condition. However, the battery will likely have a shorter lifespan if it’s been charged a lot using a rapid charger or frequently left to go flat.

Older electric car batteries don’t tend to hold their value as well, so although buying a used electric car might be relatively affordable – you should also factor in the cost of replacing the battery or leasing a battery on top of the price of purchasing the car, just in case it’s needed.

Don’t let this deter you though. Most electric batteries come with a separate warranty, which will likely last at least five-years (with most having eight years) so that should offer some peace of mind.

Check with the seller about how long there is left on the warranty and try asking them about their charging history too. Because battery technology has improved so much, few manufacturers still offer the option to lease a battery. You may, however, still face this decision if you’re looking at older electric cars – especially on the used car market.

So, which is best?
Lease an electric car battery
One advantage of leasing is that you don’t need to worry about replacing the battery if it’s faulty or it’s at the end of its life, which could be good for much older EVs.

You should also consider the battery’s lifespan, plus any warranty or protection schemes it comes with, and the cost of replacing it should you need to. What do electric car batteries cost to run?

Overall, battery electric cars are cheaper to fuel than petrol or diesel cars. As they have fewer parts, they’re cheaper to service too.

But they do tend to cost more to insure, and your monthly costs can go up further if you’re leasing a battery, so write everything down and work out how much the specific car you’re looking at would cost in total. Or, work out your budget first and find a car that fits. There’s a good choice available now, so you’ll likely find one you can afford.

See how much it costs to charge an electric car here.

For a guide to the cost of buying an electric car, take a look at Compare the Market's handy Global EV Index, which compares the price of the Nissan Leaf across the world. Battery electric vehicles don’t produce any tailpipe emissions like carbon monoxide and nitrogen oxides, so they’re cleaner. Of course, this doesn’t mean EVs don’t have a carbon footprint – almost everything does.

Generating the electricity needed to power EVs can produce pollution and may also produce greenhouse gases like carbon dioxide. The amount of pollution created depends on how the electricity is made, with renewable energy sources like wind and solar power being among of the cleanest.

Studies have found^ that battery electric cars produce the least pollution in their lifetime (from being built to being scrapped) so while they’re not perfect, they are the eco-friendliest option.

There are several options for electric car batteries once they reach their end of their life. If the battery is damaged, it may be disposed of; but mass disposal is often prevented by regulation.

Instead, the battery can be recycled or re-used. Electric car batteries face quite strict criteria – such as holding at least 80% of their charge and discharging less than 5% when resting. So even when they’re no longer up to the task of running your electric car, they’re suitable for a lot of other jobs.

Some are re-used as energy storage units or back-up batteries for buildings, among other jobs.

If the batteries use valuable metals, like cobalt and nickel, then they can be stripped for recycling.
Other articles related to Understanding green and eco cars
Show more related articles Show fewer related articles 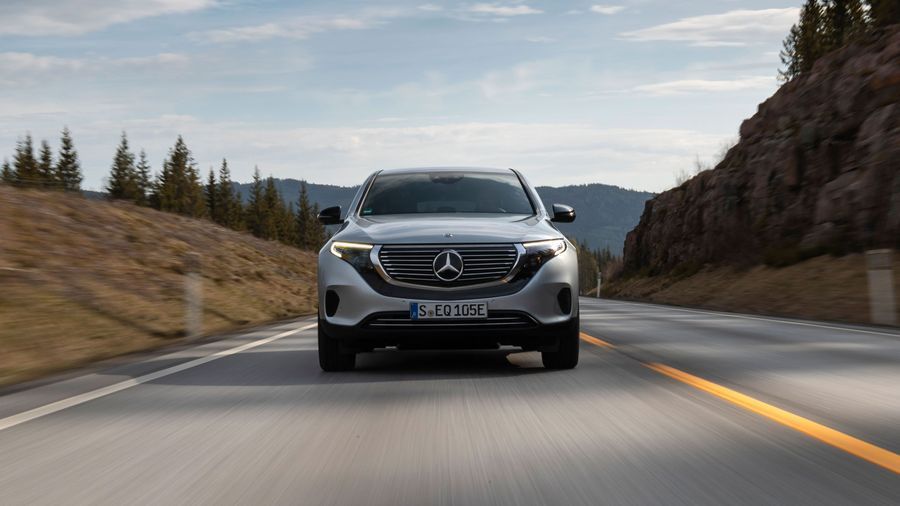