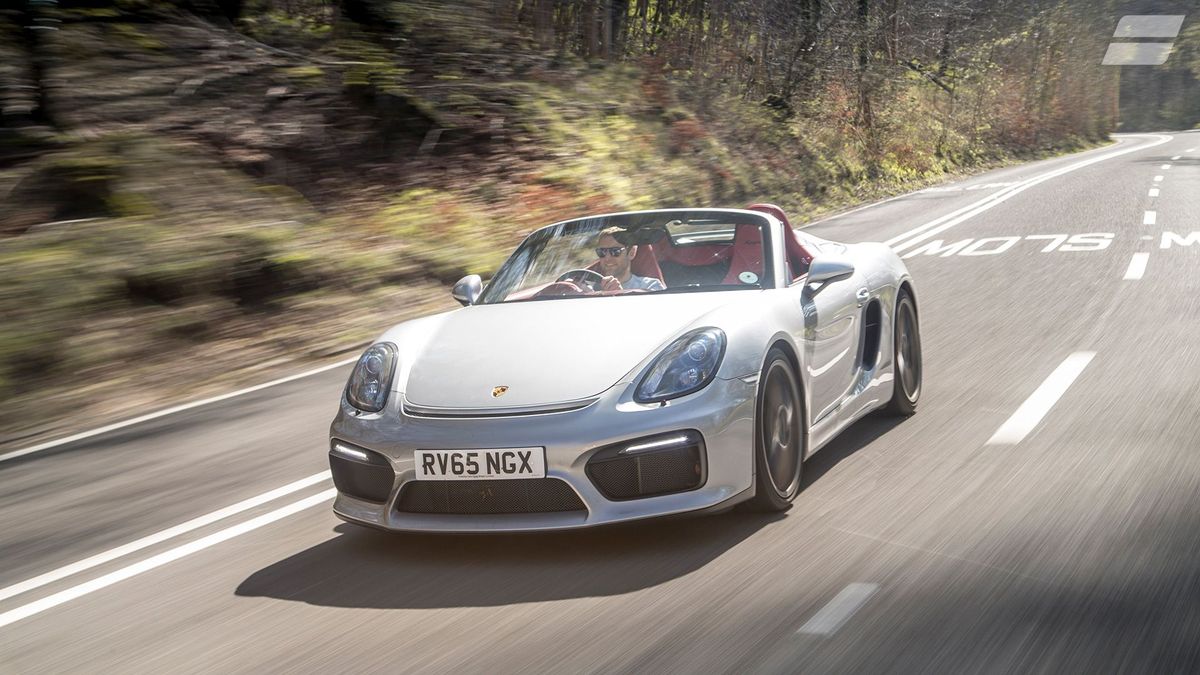 First published: 29th April 2016
Share on Facebook on Twitter
Auto Trader verdict:
The Porsche Boxster Spyder is the fastest, most extreme and most exclusive version of the 981-series roadster. The superb chassis, sharp steering and intoxicating flat-six engine help deliver one of the most rewarding sports car driving experiences at any price. However, it’s also the most expensive and least practical Boxster too, thanks to a stripped down cabin and irritatingly fiddly roof. The Spyder is special, but also a timely reminder of just how good the Boxster can be – we hope Porsche uses this as its base for the next-generation of GTS models wearing the 718 badge.
Need to know:
What is it?
The most extreme and impractical version of Porsche’s 981-series Boxster. It’s also the rarest, and coolest, thanks to a beautifully curved rear deck made from a single sheet of aluminium, plus a Spyder nameplate made famous by doomed Hollywood royalty James Dean and his lightweight 550 Spyder.

The aggressive, Porsche Motorsport-inspired front bumper makes it 10mm longer nose-to-tail than a Boxster GTS, and because it rides on passive sports suspension as standard, it’s 10mm lower. At 1300kg, it’s 30kg lighter too, primarily because it does without an electric-folding roof, door handles or even a radio. While you can reinstate the Porsche Communication Management (PCM) infotainment, that privilege will cost you a further £2141.

The main draw of the Boxster Spyder, however, is the engine and drivetrain. For the first time ever, Porsche has installed a bigger, normally aspirated 3.8-litre flat-six into the Boxster to develop 370bhp. It’s the same unit that features in the race-honed Cayman GT4, and like the GT4, comes with a six-speed manual gearbox. 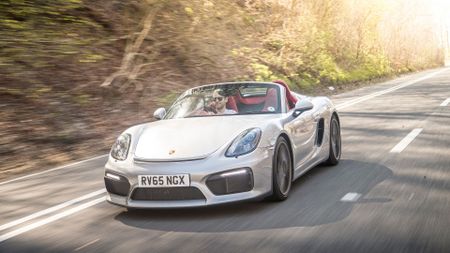 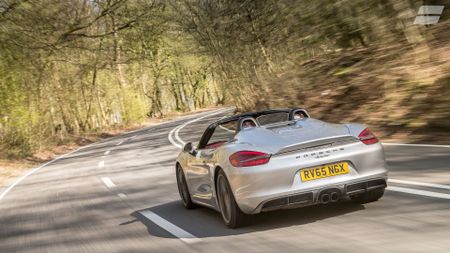 The linear power delivery builds into a scintillating top end that goes well beyond license-losing territory, while downshifting the crisp, short-throw gearbox or a trailing throttle elicits a distinctive crackle. It’s a hugely rewarding drive that’s supported by an equally emotive soundtrack, and one highlighted further by the arrival of the newly-launched 718 Boxster which puts the much-loved, normally-aspirated flat-six into retirement, at least for now.

The turn in feels marginally sharper, but that’s because the steering rack is faster, borrowed from a 911 Turbo. The ride quality is pretty firm, especially on bumpy surfaces, but quality damping ensures that it’s never crashy, although we’re in little doubt that a Boxster GTS with Porsche Active Suspension Management (PASM) is more comfortable and offers more compliancy. 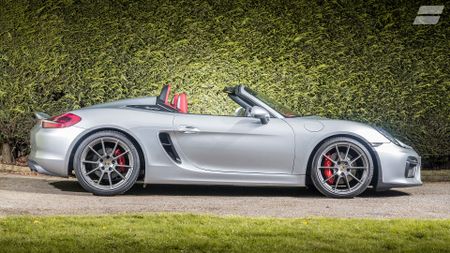 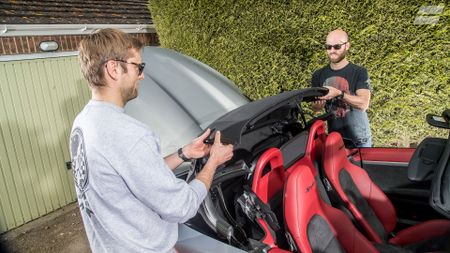 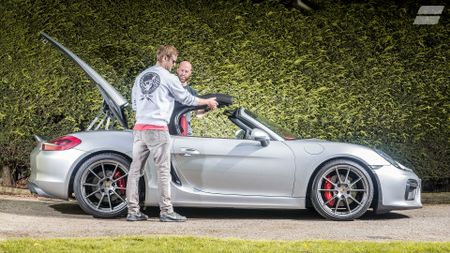 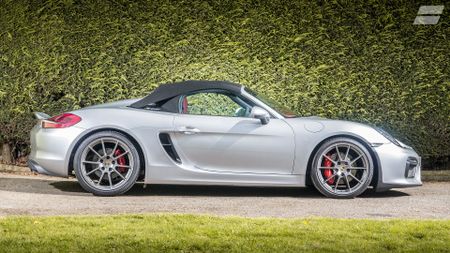 View gallery
There is a weight and precision required when operating all the controls that not only force you to engage with the experience of driving – physically and mentally – but also really earn the rich rewards of exploring the highest reaches of the broad rev range.

The roof will be loved and loathed in equal measure. The good news is that it looks bespoke, can cope with an automatic car wash as well as the car’s 180mph top speed. The bad news is the fiddly process required to remove: the roof unlatches from the header rail electrically, but then you need to step out of the car to open the boot, unclip the flying buttresses, manually retract said roof and close the boot. Even with practice, the process takes a good minute of faffing, which may become intolerable for your passenger, particularly if it’s raining. What adds more frustration is the fact you can’t access the rear boot unless the roof is down.
Should I buy one?
It’s probably too raw to be considered as a daily driver. The lack of refinement, cabin noise and fiddly roof would frustrate if you had to use the Spyder everyday. However, as a second or even third car, or perhaps sadly, as a financial investment for the future, the Spyder offers one of the purest, most thrilling and thoroughly engaging driving experiences you can buy at any price.

However, with used prices for nearly new models currently sat close to the £90,000 mark, a whole Ford Focus RS above the original price, it seems that speculators have turned the Spyder into another cash cow destined for collector’s garages and the auction house, rather than something to be driven, and enjoyed.

Besides, a careful trawl of our classifieds will bring you to several examples of the 981 GTS, which with a few choice options fitted can give you 90 percent of the thrills, at half the cost of the Spyder. 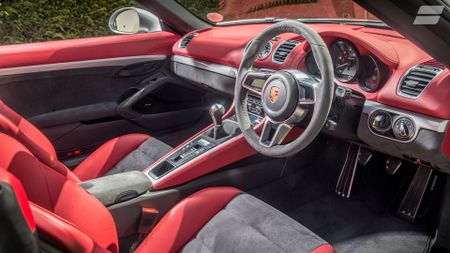 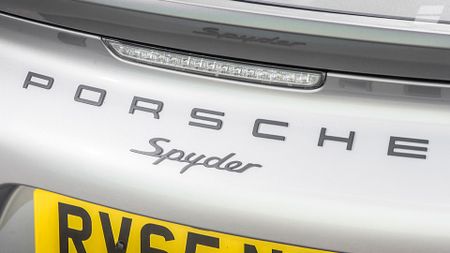 Jaguar F-Type V6 S
Less of a driver’s car, but equally theatrical with a 375bhp supercharged 3.0-litre V6 and a Spyder-rivalling soundtrack

Mercedes-AMG SLC 43
The newly-named SLC is more comfort-orientated with its folding hardtop, but its twin-turbocharged 3.0-litre V6 still develops 362bhp 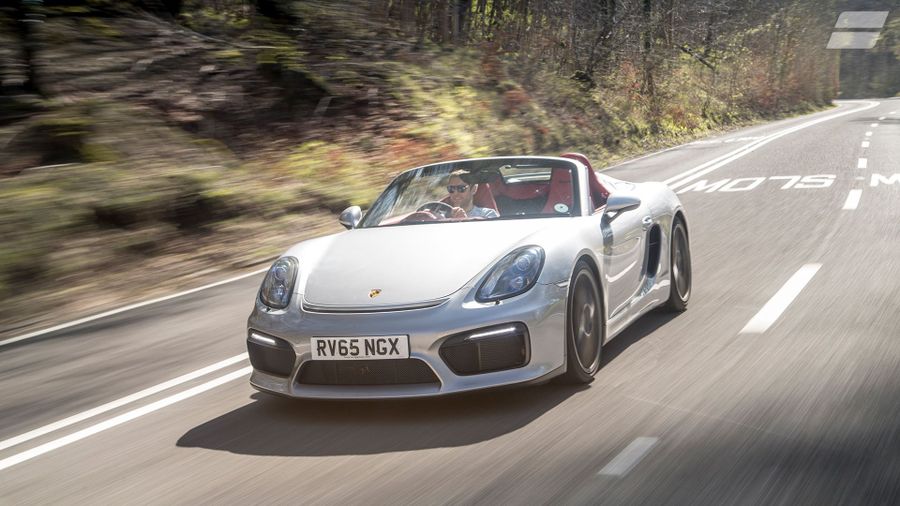