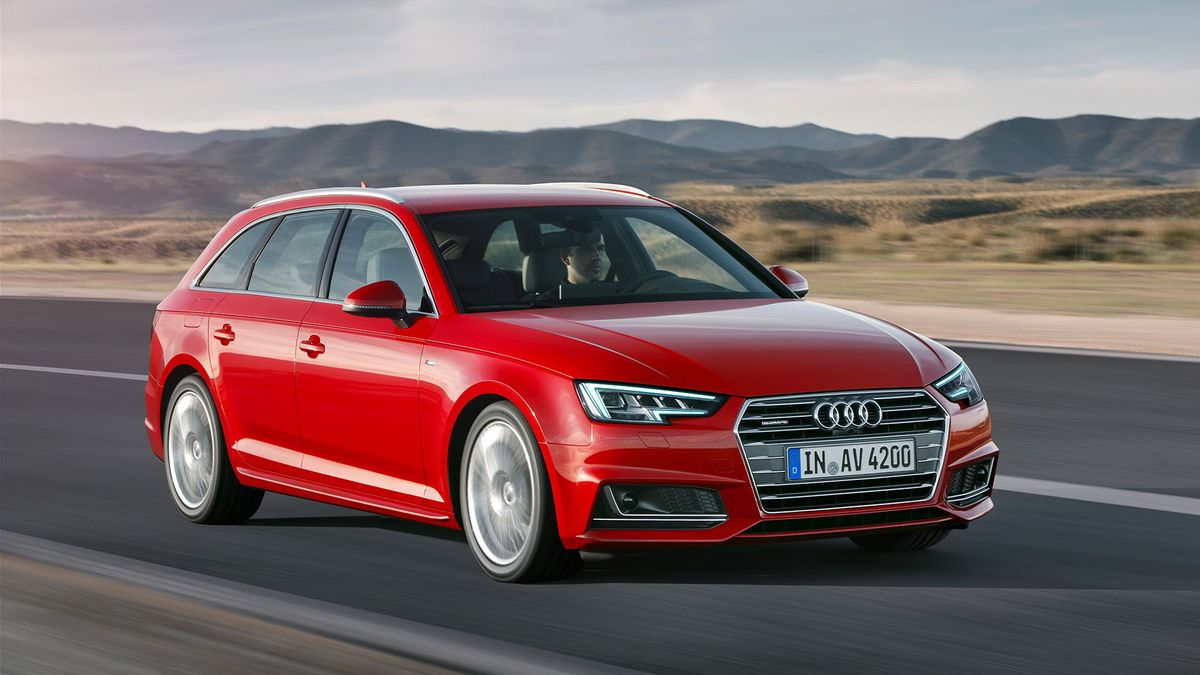 First published: 23rd December 2015
Share on Facebook on Twitter
Auto Trader Verdict:
There is a tremendous amount to admire about the A4 Avant. The range of refined engines and the comfort-oriented adaptive suspension suit the estate even better than the saloon. Its boot is neatly designed, and while it’s not the biggest, it should be fine for most. If you're looking for a premium-badged compact estate and value fuel economy, interior quality and usability, then the A4 should be your first choice.
Need to know:
What is it?
As sure as day follows night, the launch of a new compact executive will be closely followed by the arrival of its more practical (and often better looking) estate version. Normally, there is a slight gap between the two, to give customers and journalists alike time to get excited about the new car all over again, but these days they often arrive in dealers simultaneously.

In the absence of an estate version of the Jaguar XE, the new A4 Avant slots into a straight fight with rivals from BMW and Mercedes. Its new platform means more space in the back and a bigger boot than in the previous version, while the car heralds the introduction of a new range of convenience and practicality features.

As with the saloon, there seven different engines and three distinct trim levels to choose from, SE, Sport and S line. The mix of equipment runs from the generous (climate control, Xenon headlights and a powered tailgate are standard across the range) to the rather mean (cloth upholstery is standard on the SE and Sport versions, and heated seats are optional.) 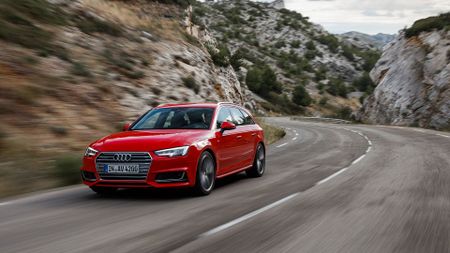 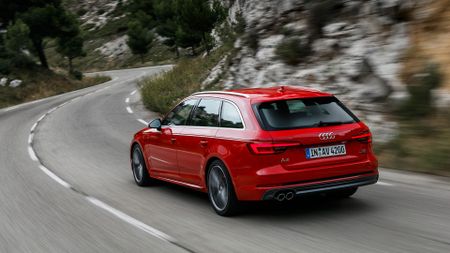 View gallery
What's it like?
Accomplished. While the BMW 3 Series has rediscovered its sporty side in 2015, Audi has taken the laid back approach, and designed an estate that’ll really ease the burden of driving.

The 2.0-litre diesel we drove (in its 187bhp guise) is not quite the paragon of refinement we might have hoped, as it does send a bit of buzz through the controls, but overall it’s still much quieter than any of the four-cylinder units offered by either Mercedes or BMW. Road- and wind noise are also really well suppressed, too, so the car really lets you shrug off longer trips.

Our only minor complaint is with its flexibility. Audi claims a wide spread of torque (295lb ft from 1,750rpm, no less) and it feels punchy in the mid-range, but the auto gearbox occasionally shifts through to its higher ratios too quickly, making the Avant feel a bit slower than its 0-62mph time of 7.9 seconds suggests. 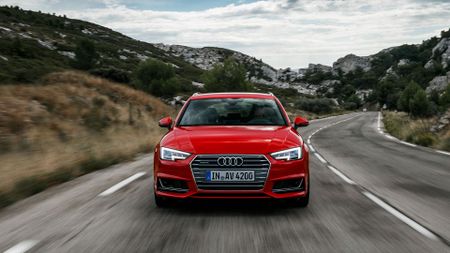 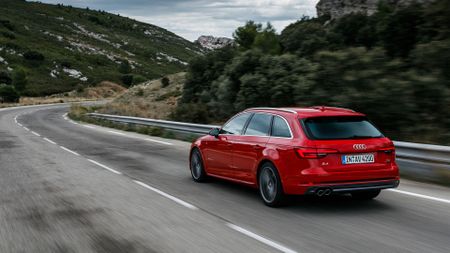 View gallery
Most of the time, though, the engine feels more than up to the job of hauling the estate body around, and the car settles down really nicely to a hushed cruise on the motorway. The ride (on optional comfort adaptive suspension) helps with this relaxed character, and provides a nice balance between tidy body control through corners and a subtle pliancy over bumps and potholes.

Even in its comfiest setting, though, sharp ruts will send a dull thud up into the cabin, and at speed there’s some body float that’s notable by its absence in rivals like the 3 Series Touring. Grip levels are high – especially in the Quattro models, which feel unshakeable in the dry – but once you reach (or exceed them) the A4 doesn’t let you tweak your line into a corner.

Whether that matters to you depends very much on what type of driver you are, but the A4 Avant will certainly appeal to anyone with a practical streak. The longer, wider body means the boot has grown, and it now provides 505 litres of space with the rear seats in place; and, if you fold them down, that capacity increases to 1,510 litres – 80 more than you got in the old car. 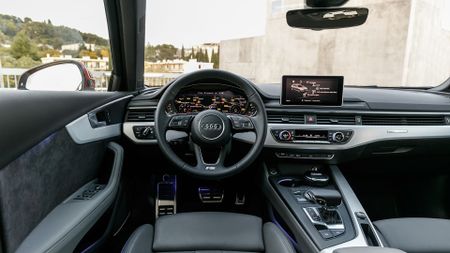 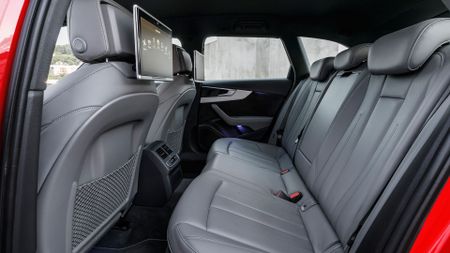 View gallery
That might not be close to a Skoda Superb or VW Passat, but the A4 has some nice touches. Plastic levers in the boot let you drop the split-folding rear seats, and while they don’t lie perfectly flat, the low lip and (standard) powered tailgate give you great rear access.

Tall passengers sat in the back reap the benefits of the Avant’s shape, too, with several extra inches of headroom meaning six footers will no longer feel their heads brushing the roof. As for the rest of the cabin, it’s hard to describe how beautifully screwed together it feels while avoiding clichés, but the interior quality on show more than justifies the premium pricing.

The 7.0-inch tablet display works really well, and integrates seamlessly with your smartphone using the latest Apple CarPlay and Android Auto software. Likewise, the infotainment system is easy to navigate, and the lack of buttons makes it easy to quickly find what you’re after. 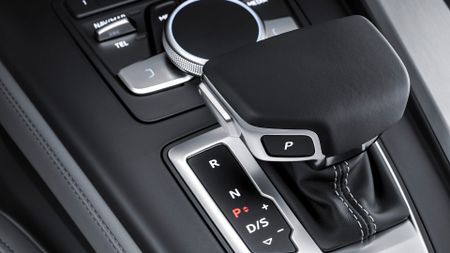 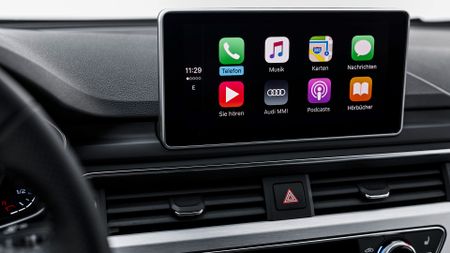 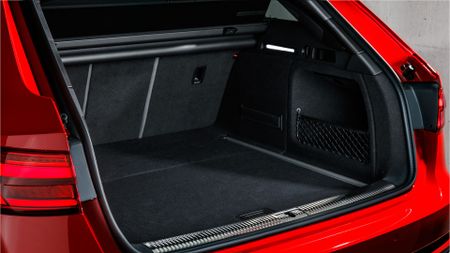 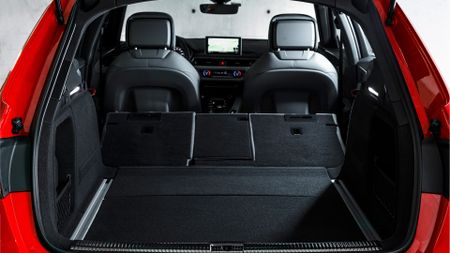 View gallery
Should I buy one?
The new A4 Avant is one of the best cars of its type, so if you want you next company car with a little extra room, this should be at the top of the list.

The on-board technology, gorgeous interior and hushed refinement of the A4 all mean it feels like a big step-up from any mainstream rival. Highly competitive running costs, plus a decent amount of standard equipment, mean we’re struggling for a reason not to buy one.
Key facts:
Also consider:
Skoda Superb estate
The daddy when it comes to estates, with a vast boot and tonnes of kit for less cash

Mercedes C-Class estate
Comes close to matching the A4’s beautiful interior, but let down by its noisy diesel engine 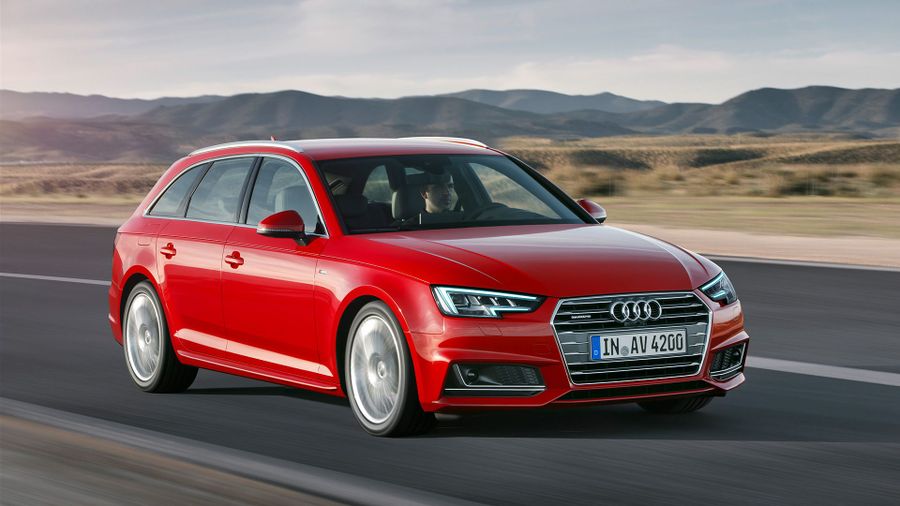