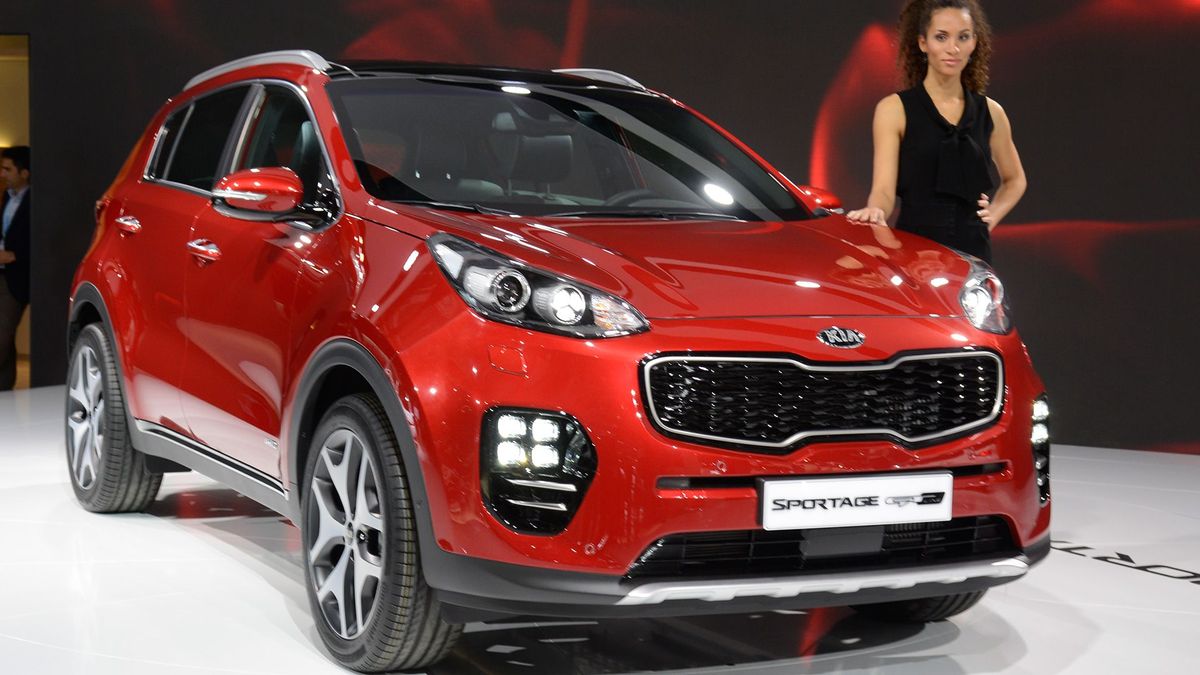 View gallery
First published: 11th September 2015
Share on Facebook on Twitter
The new Kia Sportage has been officially revealed at the Frankfurt Motor Show. This is the fourth-generation model and picks up where the successful outgoing Sportage leaves off. It will take on rivals including the Nissan Qashqai, the Honda CR-V and the Ford Kuga.

The current Sportage is known for its sharp, pointy lines, but the exterior of the new car has changed quite a bit. The new car is more shapely, with boomerang-style headlights and slimmer tail lamps. It also has Kia’s trademark ‘tiger’ nose front end with a more distinctive grille – a design staple that has been rolled out across many of its newer models. The Sportage has grown, too: it’s 40mm longer with a 30mm longer wheelbase, which means more head- and legroom for front and rear passengers. The boot has also increased by 38 litres to a total of 503 litres.

A new 175bhp 1.6-litre T-GDI turbocharged petrol engine joins the range, although it will only be available with the sportier-looking GT Line trim. A 130bhp 1.6-litre GDI petrol will also be available, while the outgoing Sportage’s 113bhp 1.7 CRDi diesel engine remains, and there is also an updated 2.0-litre CRDi ‘R’ diesel, with either 134- or 183bhp.

Performance and economy figures have yet to be revealed, but Kia has said the 2.0-litre diesel will be “a step forward” in terms of efficiency. A new seven-speed DCT automatic transmission will also be available, as will conventional six-speed manual and automatic gearboxes. 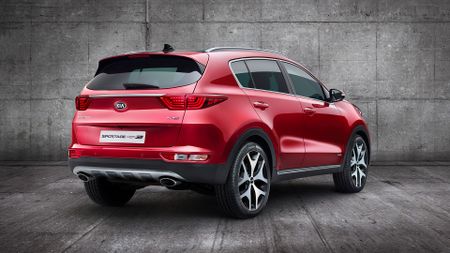 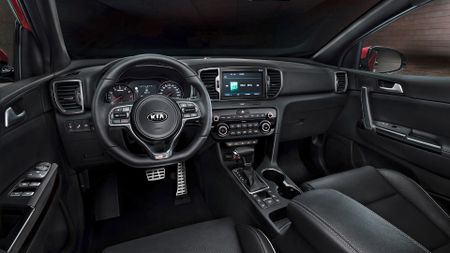 View gallery
Kia has said the Sportage will be offered with at least one all-new drivetrain. There’s a chance that this may be an electric system, borrowed from the Soul EV, though it will need a bit more clout to cope with the Sportage’s extra weight. It could also be an all-new low-capacity petrol engine, possibly with three cylinders and similar to Ford’s Ecoboost units.

A series of safety-orientated driving aids will be on offer, such as autonomous emergency braking, blind spot detection, automatically dimming full beams and a lane departure warning system. There’s also a new satellite-navigation system, promising up-to-the-minute traffic updates, speed camera alerts and weather forecasts, along with a wireless mobile device charger – a first in this class, according to Kia.

As with the rest of the company's range, the Sportage will be offered with the firm’s seven-year, 100,000-mile warranty, which is one of the longest available. Prices for the new car have yet to be revealed, but it will go on sale in early 2016.

As it happens, we've already driven a prototype version of the new Sportage at Kia's proving ground in the Mojave Desert. Read the story, and watch the video, by clicking here. 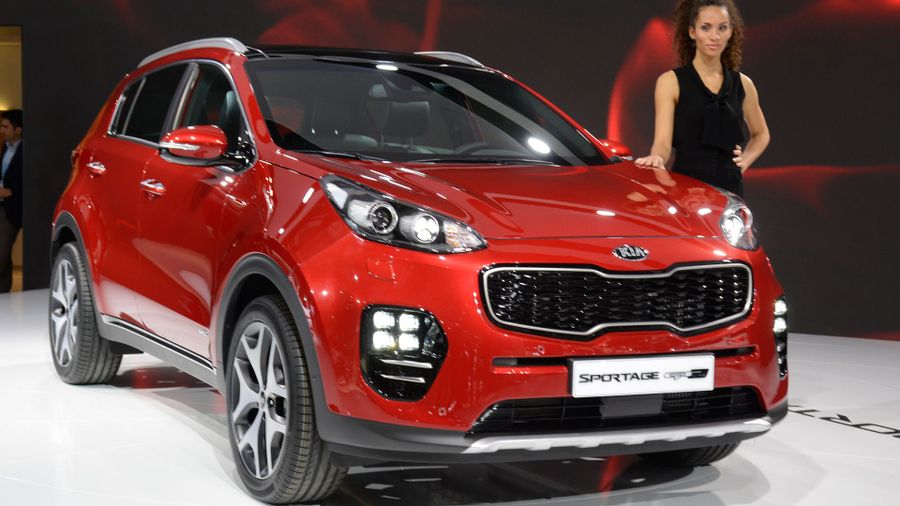