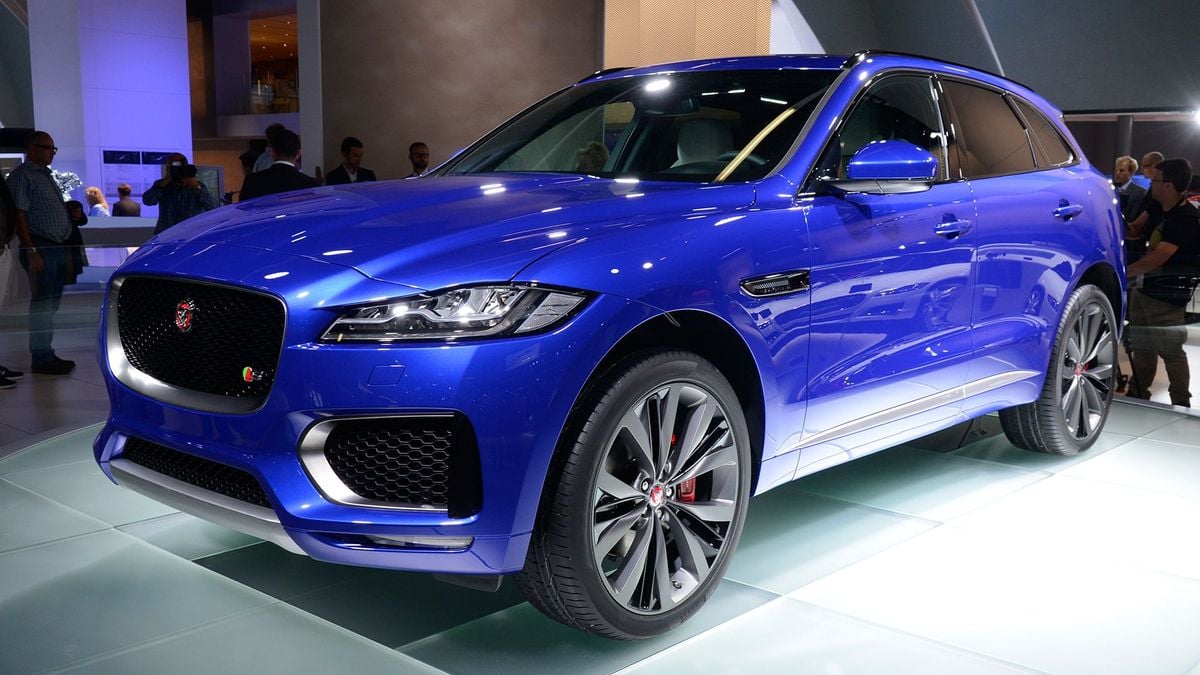 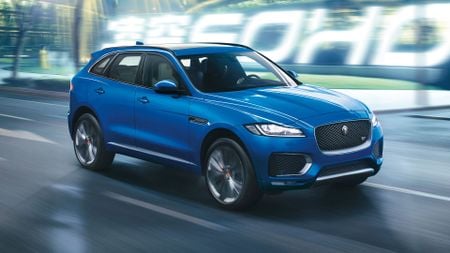 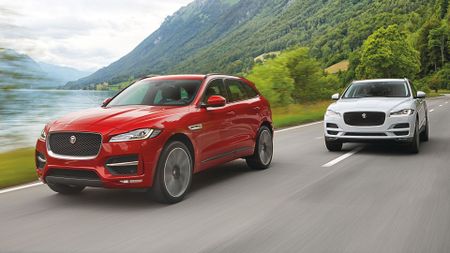 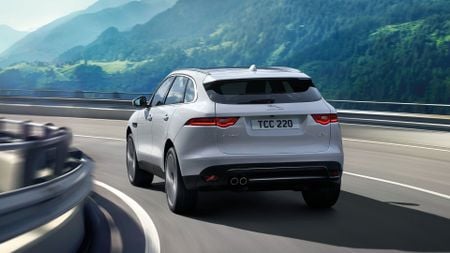 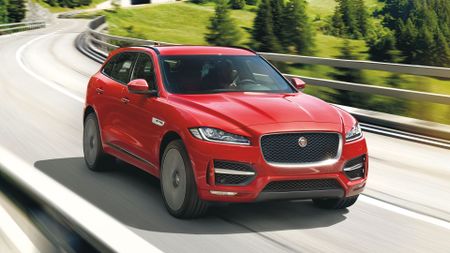 View gallery
The all-new Jaguar F-Pace SUV has been revealed at the Frankfurt Motor Show – a landmark move for the company, which has never before built a car with such a body style. The F-Pace is expected to be a five-seater only and is a similar size to premium SUV rivals such as the Audi Q5, the Porsche Macan and the BMW X3. It’s available to order now, priced from £34,170.

The firm describes the F-Pace as a ‘performance crossover’ rather than an SUV, but that’s a deliberate ploy to distance it from sister company Land Rover’s range of 4x4s and align it with its own stable of road cars. 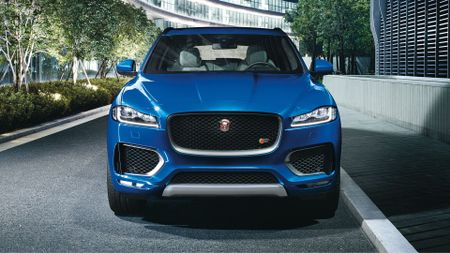 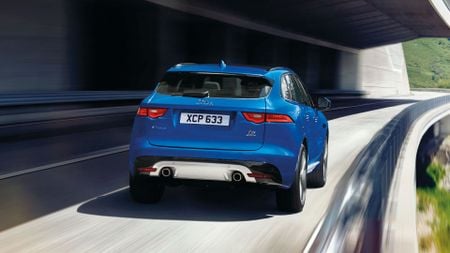 View gallery
Jaguar revealed the C-X17 concept car at the 2013 Frankfurt Motor Show and the F-Pace is a direct result of it. A lightly camouflaged near-production model appeared on the Tour de France as a support car in July, sporting an identical oblong grille and slim but curvy headlamps near identical to those of the C-X17 concept. That exterior also bears a close resemblance to Jaguar’s saloon cars, such as the XE and the XF; with slender light clusters and distinctive daytime running light clusters at both the front and back.

Inside, you get leather seats, an infotainment system controlled by an 8.0-ich touchscreen system and a 12.3-inch TFT instrument display, in place of traditional dials on some models. There are also USB ports and an HDMI cable. All models also act as a wifi hotspot, while there are a plethora of cubby holes and cupholders, too. The boot can handle up to 650 litres of luggage with the rear seats up, and 1,740 litres with them folded flat. 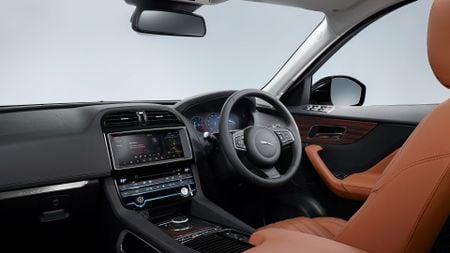 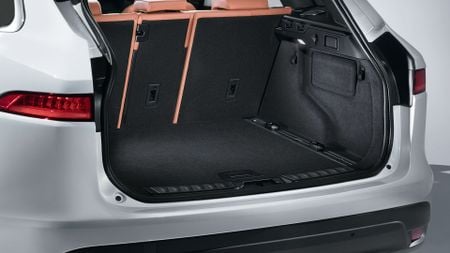 View gallery
Under the bonnet, there’ll be a 2.0-litre diesel engine, as well as a couple of 3.0-litre V6s, which will be either petrol- or diesel powered. The big seller is likely to be the 178bhp 2.0-litre diesel, which Jaguar says will emit just 129g/km of CO2, which equates to fuel consumption of 57.7mpg on the combined cycle.

The second most-popular engine is likely to be the 296bhp 3.0-litre V6 diesel, which manages 516lb/ft of torque, which equates to a 0-62mph time of just 5.8 seconds. Despite this performance, it’ll return 47.7mpg and emits 159g/km of CO2. Also available is a 375bhp supercharged petrol V6, which’ll complete the 0-60mph sprint in 5.1 seconds and has an electronically-limited 155mph top speed. This engine will only be available in range-topping S or First Edition cars. All cars come with four-wheel drive and an 8-speed automatic gearbox as standard. The all-wheel drive system comes with a number of switchable driving modes, including those for off-roading. 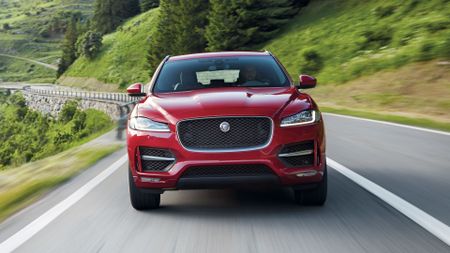 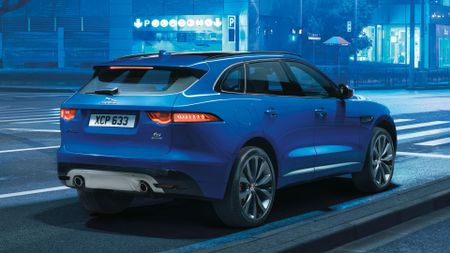 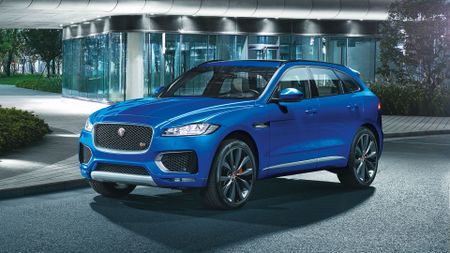 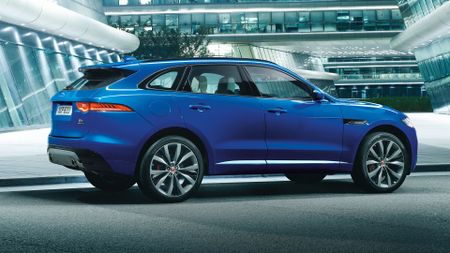 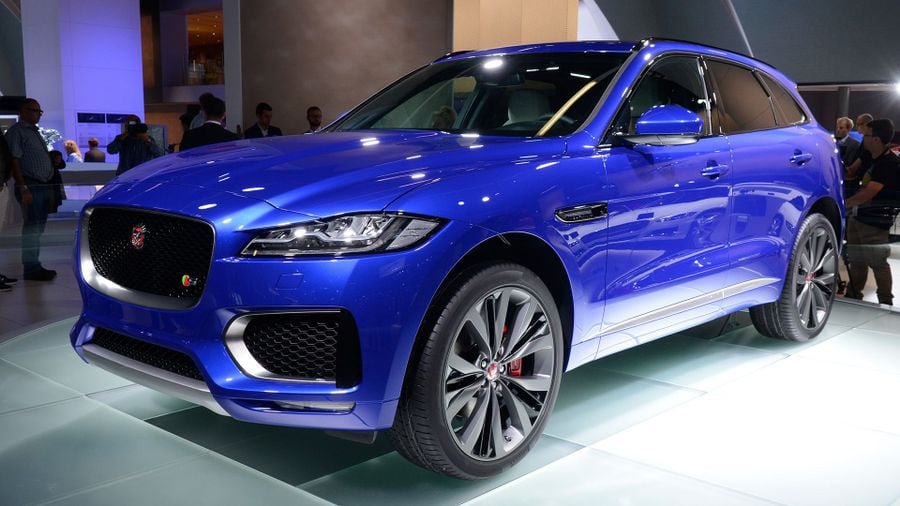