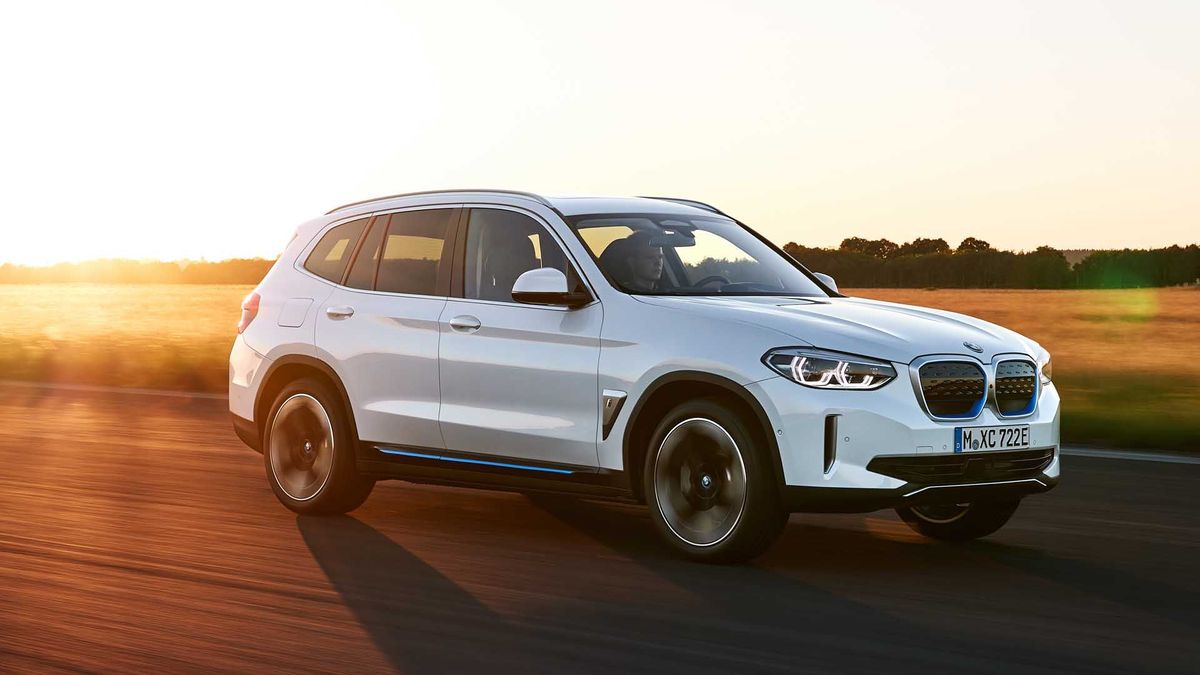 First published: 14th July 2020
Share on Facebook on Twitter
As the first fully electric ‘mainstream’ BMW and the first X model to be purely battery powered, the new iX3 is an important step for the brand and packs a ton of interesting tech under its otherwise unremarkable looks. Sure, you’ll clock the funky blue trim elements, neat ‘aero’ wheels (worth an extra six miles of range on their own) and you even get a dedicated start-up chime created by legendary Hollywood film score composer Hans Zimmer. But, for all that, the iX3 looks pretty much like a standard X3.

That’s deliberate, BMW following other manufacturers by offering core models with a choice of petrol, diesel, hybrid and full electric powertrains to help you pick the fuel type that best suits your needs and budget. Where the previous i8 and i3 helped promote BMW’s electric technology through a standalone sub-brand with more futuristic looks the iX3 is deliberately more ‘normal’ in appearance, meaning it’s less of an emotional leap for consumers to make the switch when the lease comes up on their existing car and they might be looking at switching to electric. 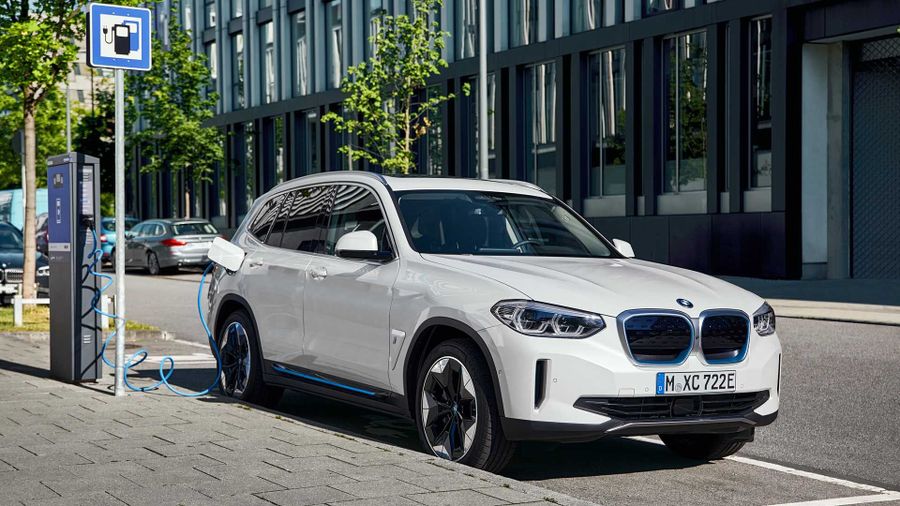 View gallery
By the numbers the iX3 has an 80kWh battery powering a 286 horsepower motor driving the rear wheels. That’s good for 0-62mph in 6.8 seconds (less than half a second slower than the petrol-powered X3 30i) and a range of 285 miles by official figures. That’s less powerful than a Jaguar I-Pace, Mercedes-Benz EQC or Audi E-Tron but the range is at least as good (if not better) and the smaller battery means it’s faster to charge.

Indeed, if you can find a 150kW DC fast charger you’ll be able to go from zero to 80% charged in just over half an hour, while a 62-mile top-up requires just 10 minutes. Given the current infrastructure you’ll more likely be charging from slower AC charging points, be that in public or via a wallbox at home. BMW hasn’t confirmed charging times for these but some quick sums would suggest at least 10 hours on a typical domestic wallbox for a full charge.

The iX3 will be built in China and on sale in some markets before the end of the year; we’ll have to wait until next summer before we see them in British showrooms, though. Equipment levels will be confirmed closer to that time but the ‘Inspiring’ and ‘Impressive’ trim levels announced for the time being suggest a generous spec, whether or not those are the names used over here. As a guide, Inspiring gets LED lights, a panoramic roof, Driving Assistant Professional infotainment and nav and adaptive suspension while the top spec gets a head-up display, leather and a fancy Harman Kardon surround-sound set-up. 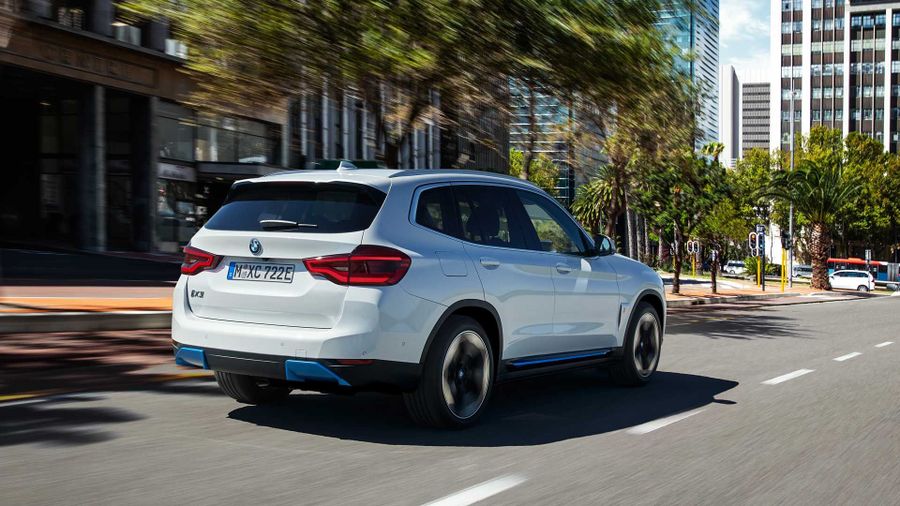 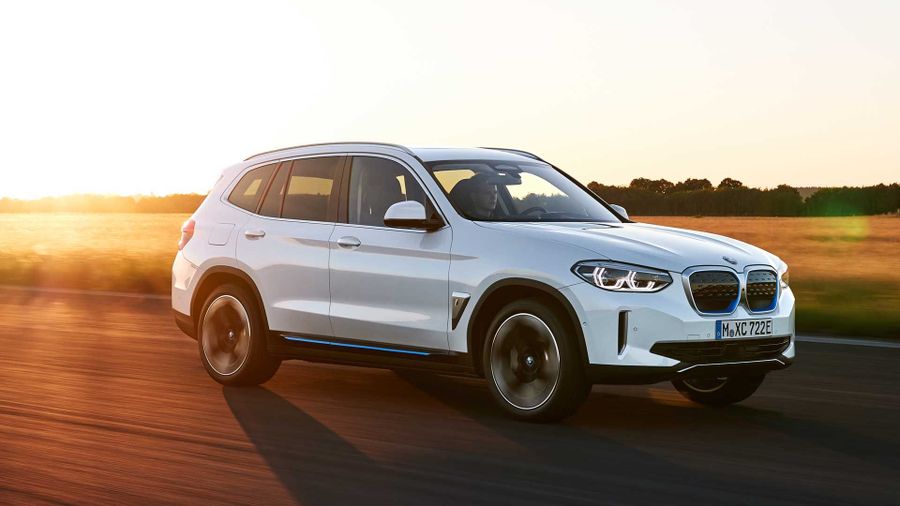