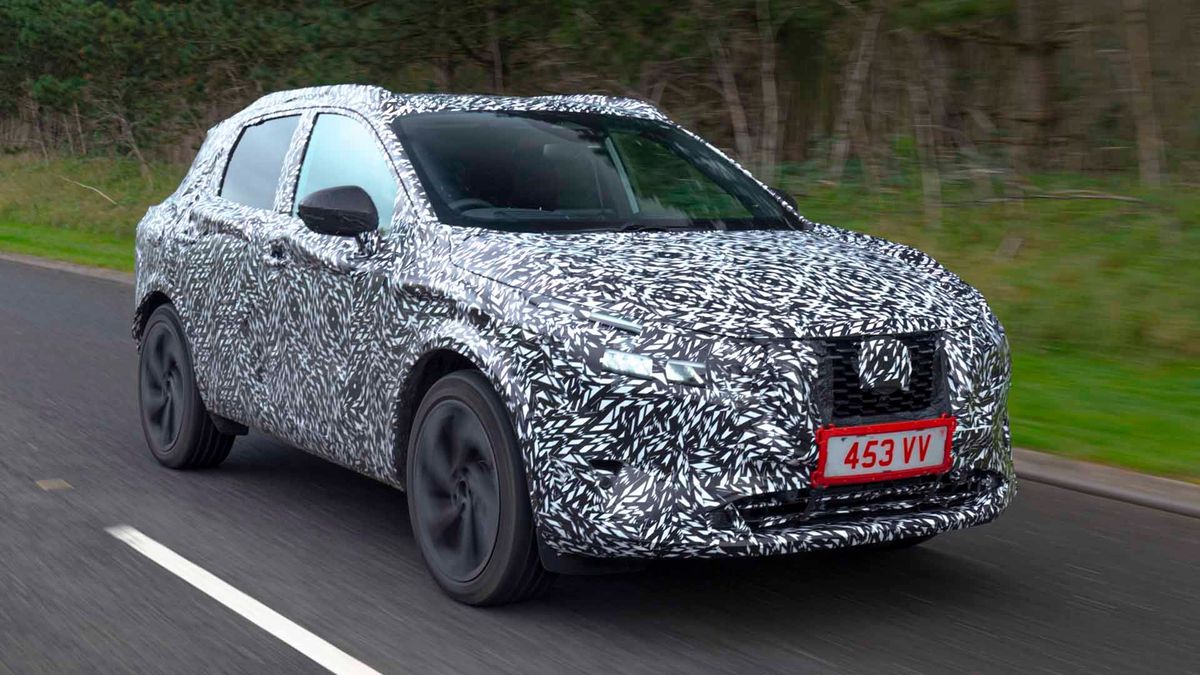 First published: 16th November 2020
Share on Facebook on Twitter
The Nissan Qashqai is consistently one of the most popular cars in the UK, the fact it’s built here adding to its appeal. It’s also good to drive, earning the title Best Car for City Driving in the 2020 Auto Trader New Car Awards.

An all-new Qashqai will be revealed in the spring and will, like its predecessors, be built in Nissan’s Sunderland factory. Ahead of that Nissan has released some early ‘teaser’ images and has confirmed some technical details, including news it will be available in petrol-electric ‘mild’ hybrid form and a new e-POWER version.

Technically speaking the latter is a range extender hybrid, a technology that had seemingly fallen out of favour but is making a comeback in cars like the Mazda MX-30 electric crossover. Ford’s hybrid Transit uses similar tech and BMW previously offered a range extender version of the i3 before ditching it for a bigger battery and pure electric power. View gallery
From the driver’s perspective the e-POWER version of the new Qashqai will effectively be an EV, driven purely by an electric motor. However, it will also have a petrol engine on board which, although it doesn’t drive the wheels directly, can be fired up to generate electricity for the batteries if needed, meaning you can carry on driving without having to stop and charge. For those worried about using the public charging infrastructure or living somewhere without a driveway or off-street parking to install a plug-in point at home it’s a potentially attractive solution.

The mild hybrid will be more conventional, the 1.3-litre petrol engine powering the vehicle but able to charge the battery under braking to permit more engine-off coasting and save fuel.

However it’s powered Nissan says the new Qashqai will share the same size and proportions as the outgoing one, on the basis owners clearly think it suits their everyday driving needs. The structure of the car will, however, be stronger, lighter and stiffer than the current car to the benefit of safety, handling and efficiency.

Driver assistance technology will also be improved, the ProPILOT system on higher grades capable of semi-autonomous operation to brake, accelerate and keep you in lane in stop-start traffic. On the new Qashqai it will even use the navigation information to adjust the speed according to local limits.

Expect more information about the new Qashqai as we get closer to the new model’s formal unveiling next year. 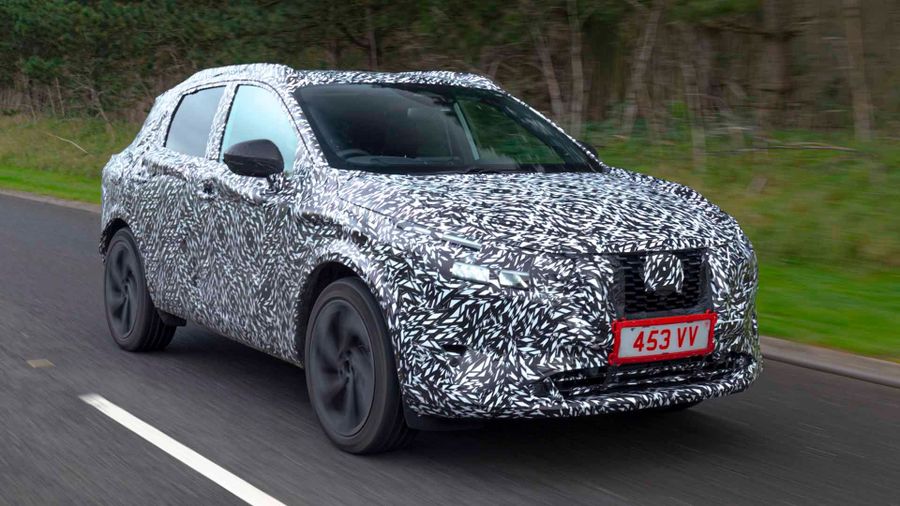