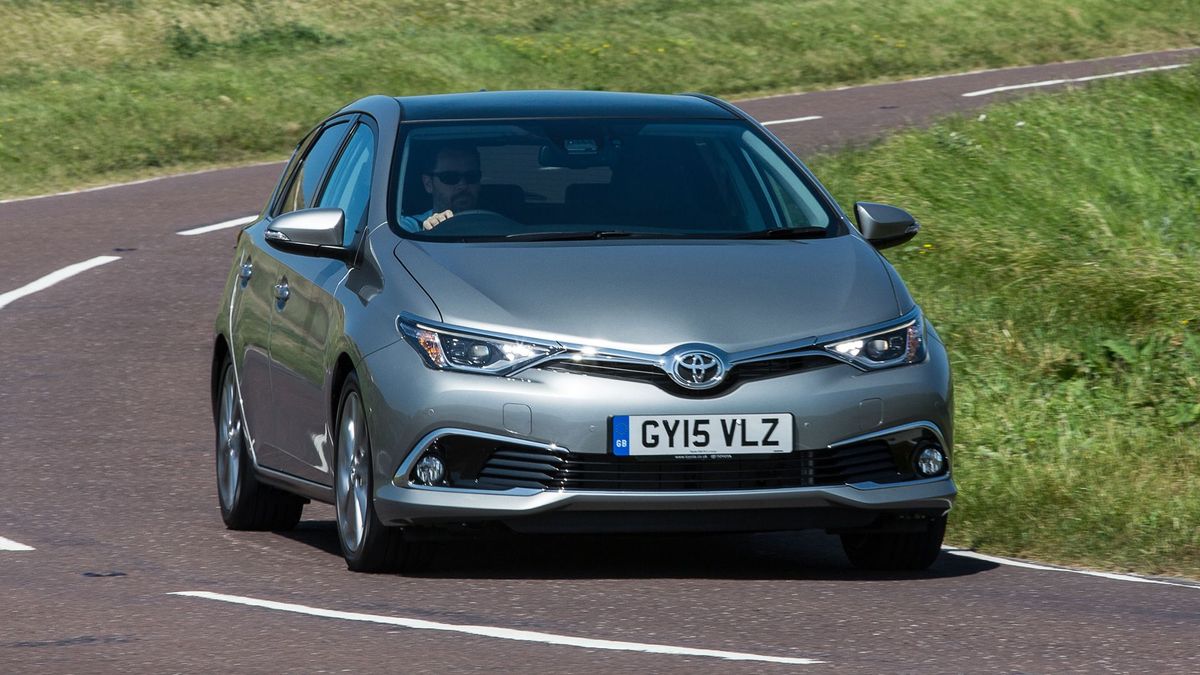 View gallery
First published: 27th June 2015
Share on Facebook on Twitter
Auto Trader verdict:
The revisions to the Auris aren’t enough to win it any best-in-class accolades quite yet, but the changes show a definite progression in the model and they will increase the car's appeal to consumers who want a reliable, drama-free vehicle. 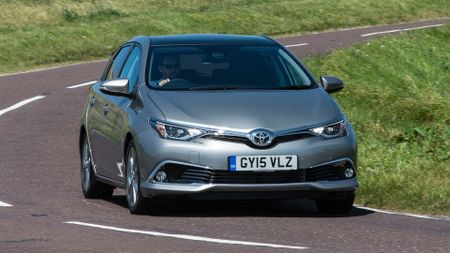 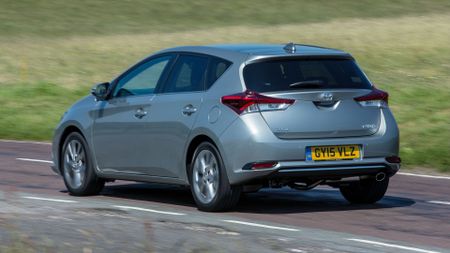 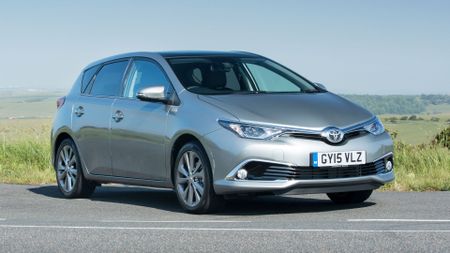 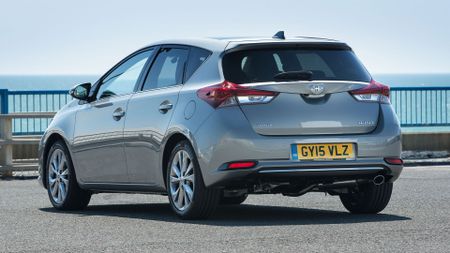 View gallery
What is it?
Halfway through its life, the Toyota Auris has received a minor exterior facelift – literally, with its new front end accompanied by changes to the rear of the car – a redesigned cabin, with better-quality materials, and the addition of a pair of new engines, including a 1.2-litre turbocharged petrol unit.

The interior has been significantly improved, with new, better-quality materials throughout, especially on the dashboard. The centre console is also a lot more user-friendly, thanks to the addition of a new touchscreen and infotainment system (including sat-nav, DAB and Bluetooth) and the replacement of many of the old buttons with some more contemporary switchgear.

Another major upgrade is Toyota Safety Sense, a new suite of active safety technologies (including cameras, radar and sensors) designed to prevent or minimise the impact of a collision by detecting other vehicles and braking the car automatically, if the driver doesn’t respond quickly enough. 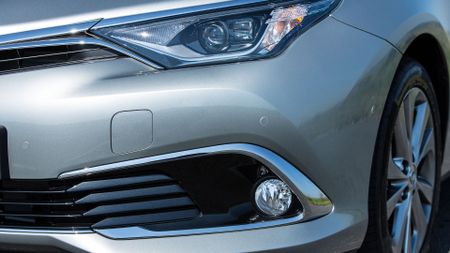 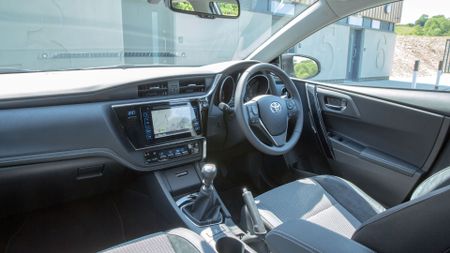 View gallery
What's it like?
A real improvement, with this new engine. Supplementing the existing 1.33VVTi on the petrol side of the engine line-up, the new unit is smaller, but more powerful. Its 112bhp output gives it 15bhp more than the other petrol engine, which definitely adds an extra dose of pep to the mix.

This feeling is reinforced by the quicker 0-62mph time of 10.1 seconds (compared to the 1.33VVTi’s 12.6 seconds) and it certainly feels a lot more responsive on the road, its smooth power delivery working well in town and on the motorway. The official combined fuel consumption figure of 58.9mpg and CO2 emissions of 112g/km only add to its attraction.

A few tweaks to the suspension set-up of the Auris improve the driving experience a little, as does the extra soundproofing, which increases the sense of refinement. That’s not say that the Auris can compare with the likes of the Volkswagen Golf and Ford Focus, though: while consistent and stable, it’s still too uninvolving to be truly satisfying to drive. 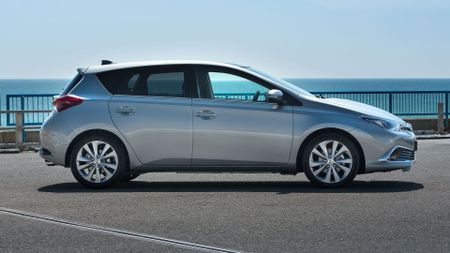 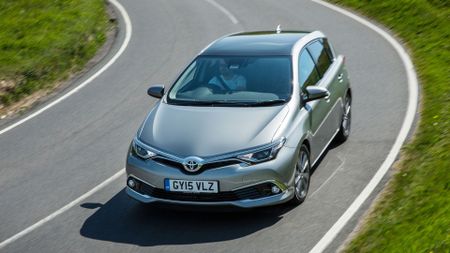 View gallery
Should I get one?
The Auris isn’t exciting, but it is pretty reliable and durable, which will be a big plus in the minds of many potential owners.

However, the family hatchback segment that the Auris operates in is highly competitive. So the aforementioned Golf and Focus, plus the likes of the Seat Leon and Mazda 3, are all better bets, thanks to their superior on-road characters. The Europeans also have more sophisticated cabins and an air of quality that feels more convincing.
Key facts
Also consider:
Ford Focus
The biggest seller in the segment – with good reason

Volkswagen Golf
The seventh generation is even more desirable than ever

Seat Leon
The Golf’s Spanish cousin is just as good, but slightly cheaper 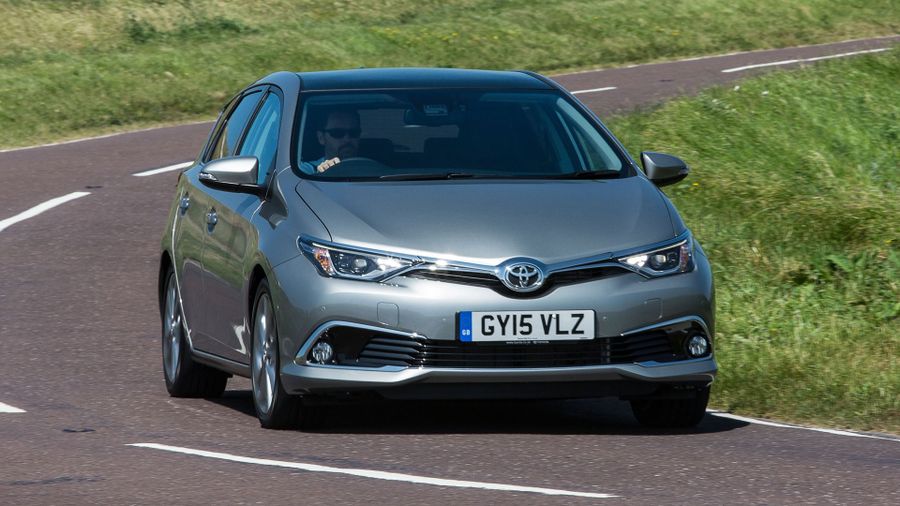