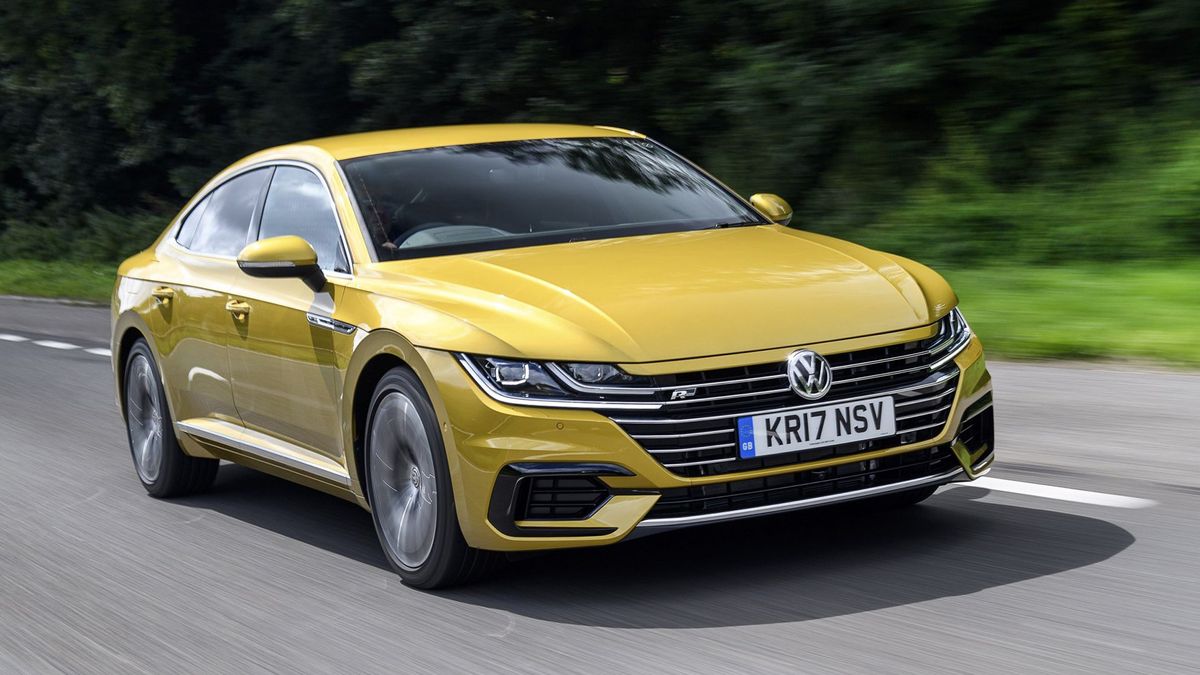 The Arteon is an appealing prospect, not least because of the way it looks, how much space there is inside, and how much standard equipment it comes with. Trouble is, the Audis and BMWs it competes with have much the same virtues, along with more desirable premium badges, and yet these rivals aren't much more expensive than the VW, either to buy or to run.

Pick of the range
Arteon Elegance 2.0 TDI 150
One of the cheaper models, but there's no point in spending any more
Most economical
Arteon 2.0 TDI 150 with manual gearbox
Average economy of more than 60mpg makes this the sensible choice in the Arteon range
Best avoided
Arteon R-Line 2.0 BiTDI 4Motion
Simply too expensive to recommend, when you can buy rivals with more prestigious badges for the same money

Running costs for a Volkswagen Arteon 3/5 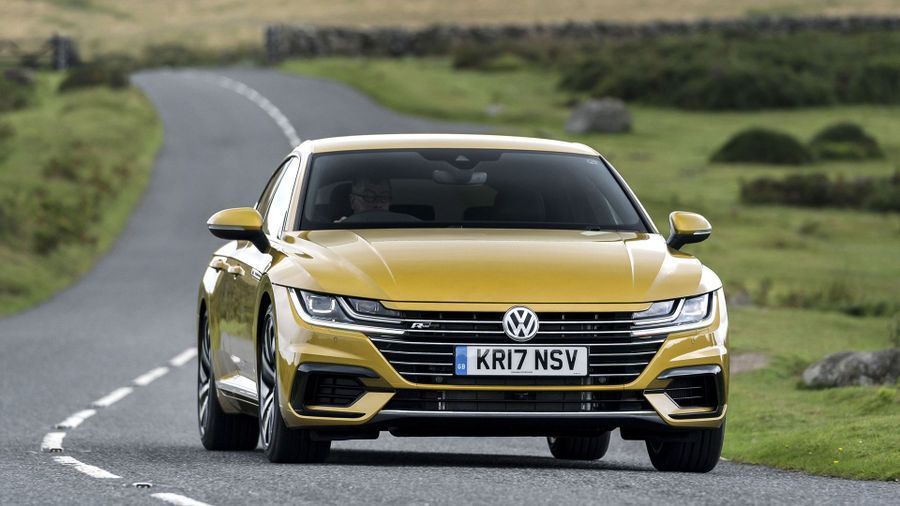 Choosing the Arteon over the equivalent Audi S5 Sportback or BMW 4 Series Gran Coupe will save you a few quid, but it is only a few. The good news, though, is that the Arteon’s resale values are no worse than those of its premium rivals, meaning it should protect your investment just as well if you’re a private buyer, and that finance rates should be just as competitive. Other running costs – such as fuel economy, servicing and maintenance - are about par-for-the-course, too, and with lower insurance groupings than its rivals, you do stand to make a small saving on your premiums.

Reliability of a Volkswagen Arteon 3/5 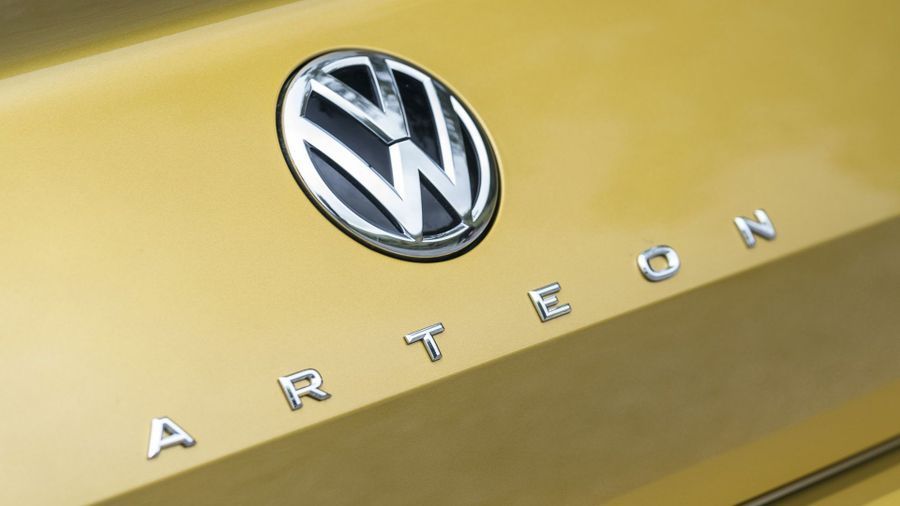 There’s no historical data to call on for the Arteon. But going by Warranty Direct’s Reliability Index of general manufacturer performance, there’s some cause for concern, as Volkswagen sits in the bottom half of the rankings. However, owner reviews for VW's next biggest saloon/estate, the Passat, are much more positive, so hopefully the Arteon will push the company upwards, but we’ll have to wait and see.

Safety for a Volkswagen Arteon 5/5 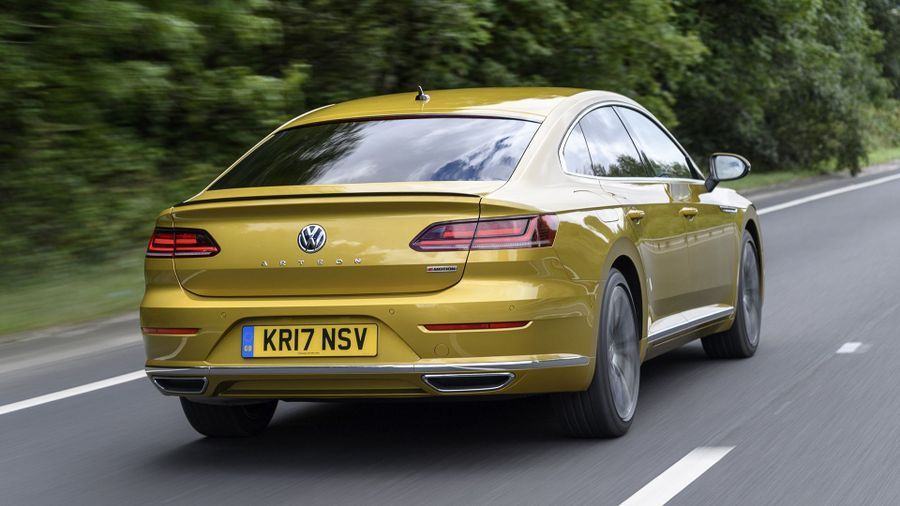 One of the Arteon’s big selling points is the amount of technology included, and that includes lots of cutting-edge safety gadgets. Among the standard features is an advanced adaptive cruise control system, which uses cameras to read speed limit signs and update the settings accordingly. When you reach a 30mph zone, for example, the cruise control will automatically slow to meet the new limit. It also uses GPS data to slow the car automatically when you reach a bend or junction. It’s a very clever idea, but in practice, it seems hugely conservative in its approach, braking far earlier than you would if you were controlling the speed yourself, and taking the bend at an unnervingly slow pace.

Cost options include ‘Emergency Assist’ that can spot if you’ve passed out behind the wheel, jolting you first with the seatbelt and brakes, and then automatically stopping the car on the hard shoulder if you don’t respond. In addition, there are two Isofix child seat fitting points and seven airbags as standard. All-wheel drive is an option for the 190 horsepower diesel and standard on the flagship petrol and diesel versions.

How comfortable is the Volkswagen Arteon 4/5 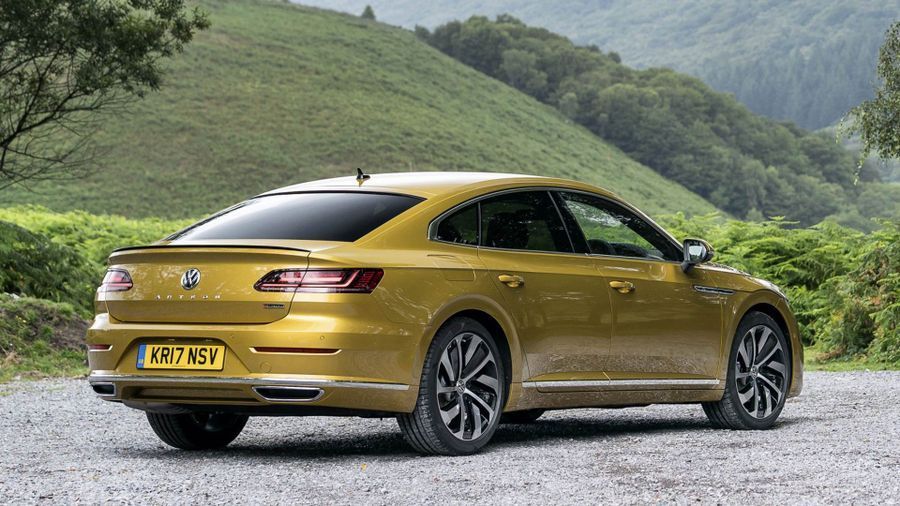 The Arteon is a capable car to drive but, at the same time, it’s neither the most comfortable nor the most agile car of its type. The ride has a hint of underlying firmness, so you feel quite a bit from the surface beneath you, but it still manages to keep you comfortable for the vast majority of the time. In a similar vein, the car feels stable and secure in the bends, but it can’t match its counterparts from Audi or BMW for nimbleness or engagement. Adaptive suspension is standard on the most powerful engine options (and optional on all others) but, from what we’ve experienced, it doesn’t make the ride or the handling noticeably better so we don’t think it’s worth the extra cash.

The driving position is pretty good, with plenty of adjustment, but some drivers might wish the seat lowered slightly more than it does. And, while the interior quality is very nice judged in isolation, it doesn't feel as substantial as more premium rivals from Audi, Mercedes or BMW. The sloping, coupe-like roofline may be an issue for rear-seat passengers over six feet tall but it’s generally spacious in the back with plenty of legroom and a huge boot, access to which is made easier by the hatchback style bootlid.

Features of the Volkswagen Arteon 4/5 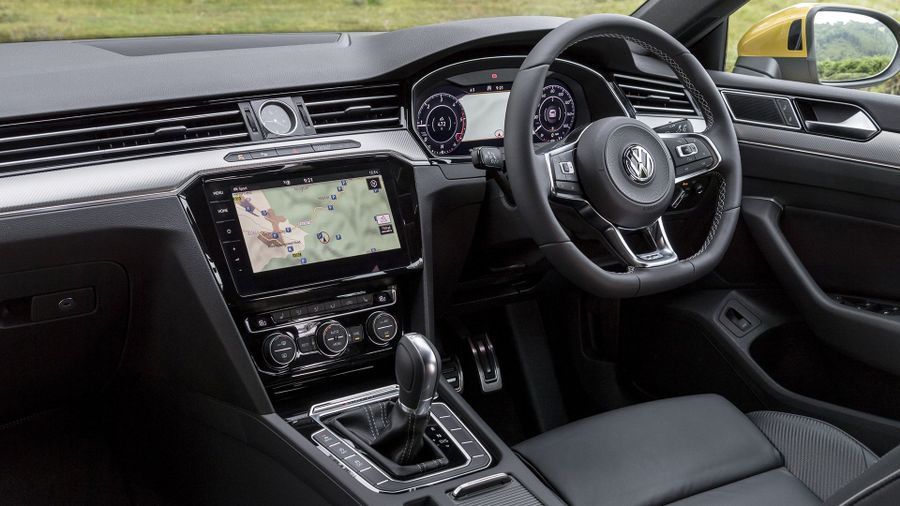 The amount of kit available in the Arteon will be one of the main attractions, and it's crammed with features to Audi and BMW customers will be used to paying extra for. Even the standard SE trim is generous, with an 8.0-inch touchscreen for the dynamic navigation and other infotainment, including DAB, CarPlay, Android Auto and MirrorLink for your smartphone, plus three-zone climate control for driver, passenger and rear cabin. Stepping up to Elegance gets you a bigger and fancier touchscreen that looks fantastic but actually isn’t as easy to use as the standard one. Over and above that, the differences on the R-Line model are pretty much all stylistic, but there are plenty of attractive options, such as improved audio and infotainment systems, a head-up display, and a panoramic sunroof that brightens up the cabin. We are, however, fans of the Active Info Display that replaces the regular dials with a fully configurable screen directly in your line of sight – standard on Elegance and R-Line it’s an option we’d tick on the SE.

Power for a Volkswagen Arteon 3/5 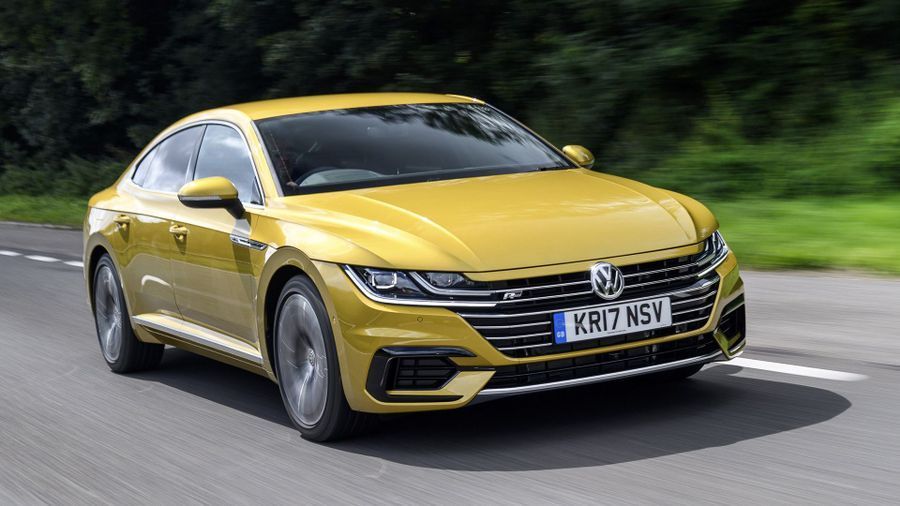 The petrol range kicks off with a 1.5-litre turbocharged petrol engine with 150 horsepower. Performance is sufficient but you’ll find the standard twin-clutch automatic gearbox is kept busy maintaining pace, leaving the engine sounding a little strained at times.

The 190 horsepower 2.0-litre petrol is a little more relaxed, even if it doesn’t feel a whole lot quicker in most situations. That’s not helped by the fact that the auto’ gearbox remains a little sluggish in its responses. It feels better with the range-topping 272 horsepower petrol but the Arteon still doesn’t feel as fast as you might hope.

For the diesels the entry-level 150 horsepower TDI is really all you’ll need. With the automatic gearbox (you can have it with a manual, which we haven’t yet tried), it's a little slow to get the car rolling but, once you're on the open road, the response makes it plenty quick enough. The extra urge of the 190 horsepower version helps it feel a little more relaxed while the 240 horsepower version is brisk without ever threatening to blow your socks off. 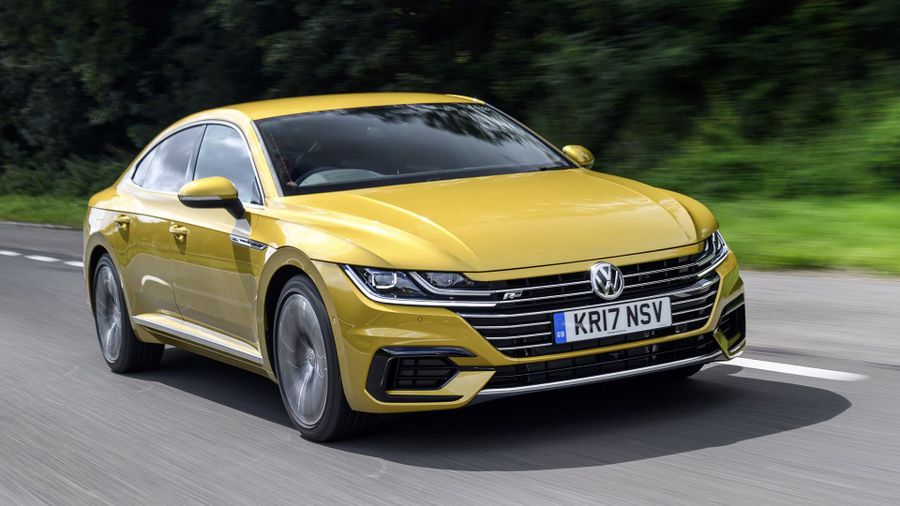