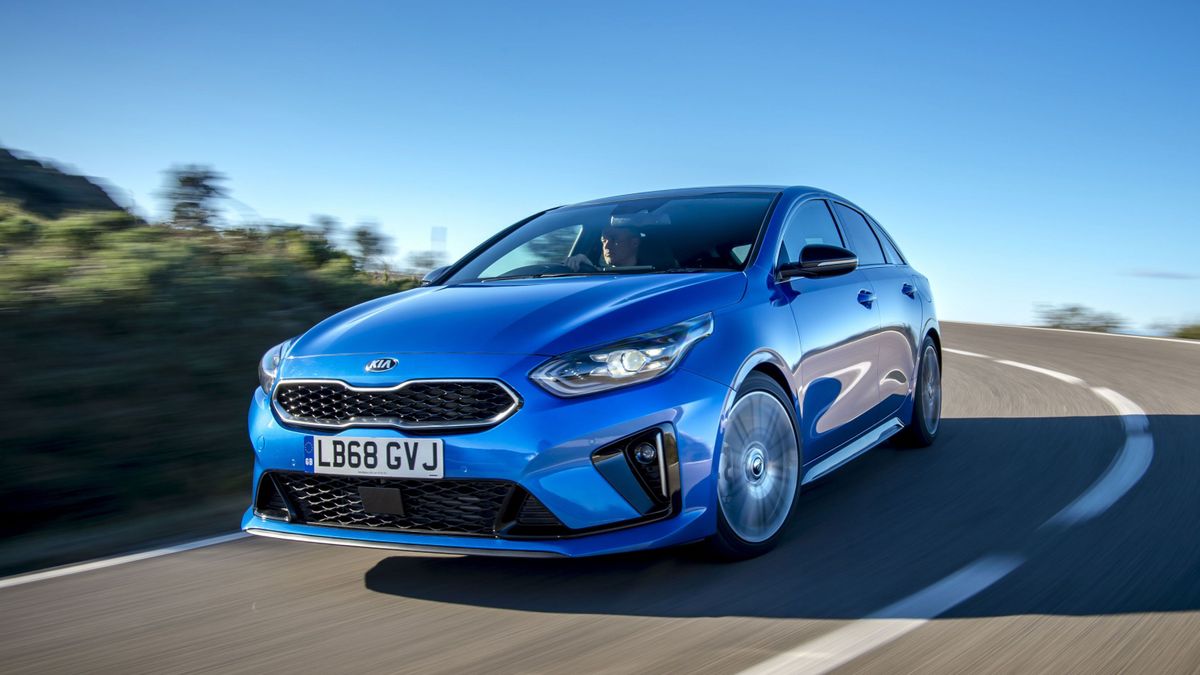 More practical than the Ceed hatchback and more stylish than the Ceed Sportswagon estate, the Proceed is a good-looking and individual choice with a premium vibe, eye-catching styling, generous equipment levels and that confidence-inspiring seven-year warranty. It drives pretty well too.

Running costs for a Kia ProCeed 4/5 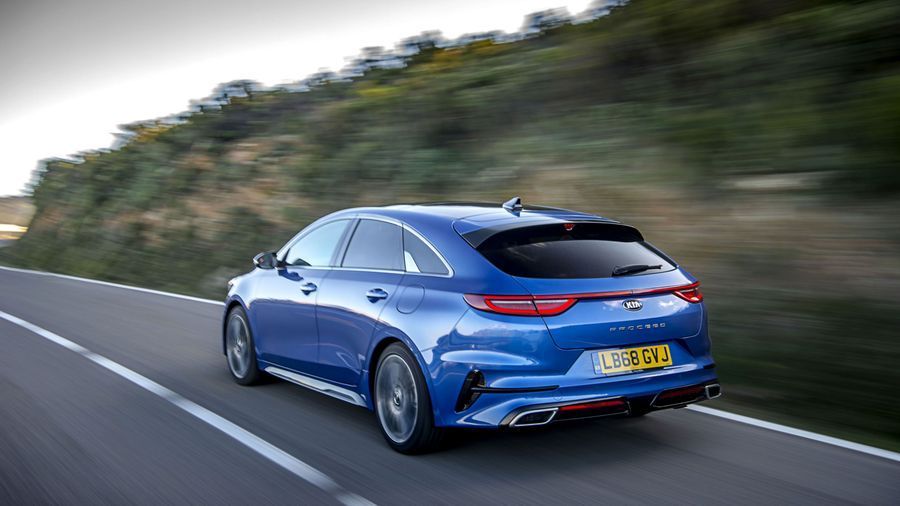 Obvious rivals for the distinctive Proceed are hard to come by but include the Hyundai i30 Fastback, although that’s a bit less premium and a bit less estate-like. There’s also the Mercedes-Benz CLA Shooting Brake, but that’s considerably more expensive. Then you’ve got the rest of the Ceed range, comprising hatchback and Sportswagon estate. The latter isn’t available with the same levels of equipment as the Proceed, and the premium you’ll pay over the equivalent hatchback is in the region of £1,500, like-for-like.

We’ve crunched some numbers based on industry estimates for the different costs involved in running a car over three years. These suggest the Proceed will be slightly more expensive to run than the equivalent Ceed hatch, due mainly to slightly poorer resale values, but there’s not much in it. Both work out cheaper than an equivalent Hyundai i30 Fastback and far cheaper than the Mercedes, which is pricier in every area. Overall, the Proceed looks like it’ll be pretty friendly on the wallet, though there’s no plug-in hybrid option currently as there is on the estate and XCeed.

Reliability of a Kia ProCeed 5/5 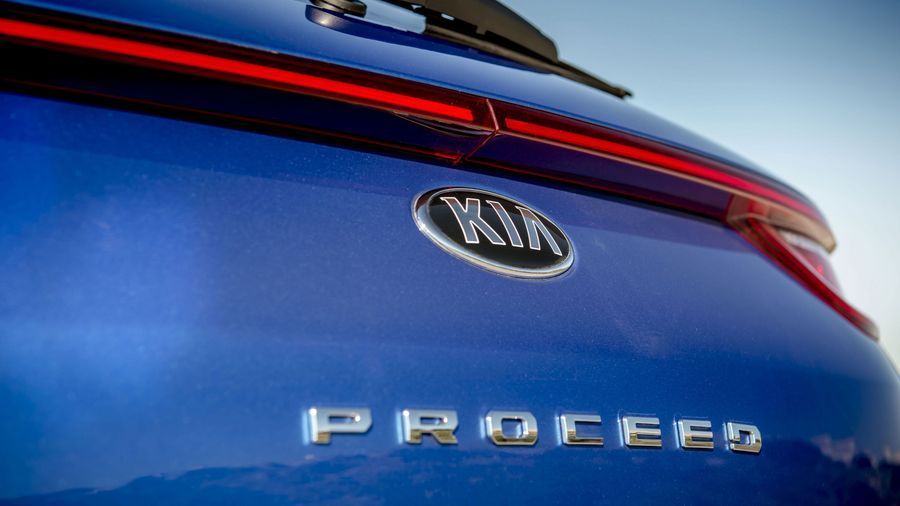 Kia has an excellent reputation for reliability, and one that’s backed up by industry reports. JD Power’s Vehicle Dependability Study puts Kia comfortably in the manufacturers’ top 10 and ahead of Volkswagen and Toyota. It sits mid-table in Warranty Direct’s Reliability Index, although that looks at older cars, so the picture is of a firm that’s improved its reliability considerably over time. Should anything go wrong with your Proceed, Kia offers a very impressive seven-year, 100,000-mile warranty.

Safety for a Kia ProCeed 4/5 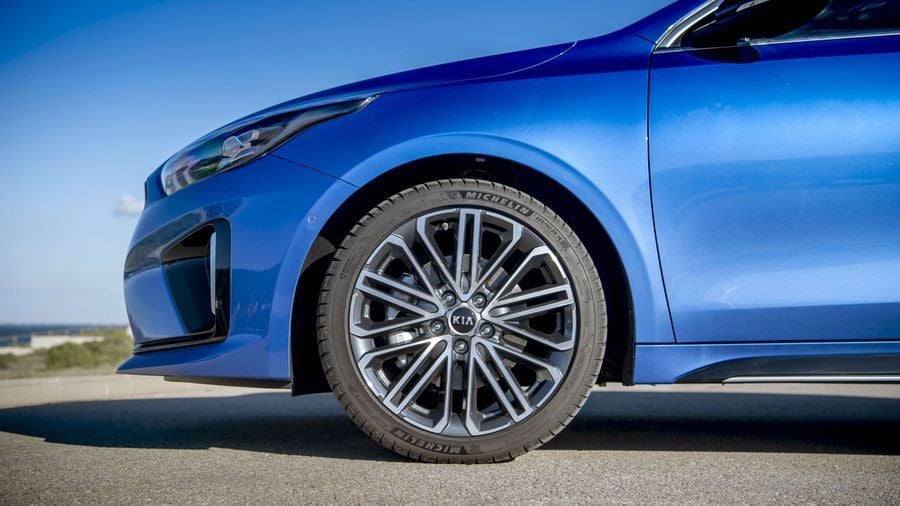 Automatic emergency braking and lane-keep assist systems are included on all cars, and manual versions have pedestrian detection systems included as standard too. Automatic cars can get this as an option with the Advanced Driving Assistance Pack. Each car also comes with six airbags and Isofix child seat mounting points on the two outer rear seats. Disappointingly the blind-spot warning system, speed limit information and ‘lane-following assist’ to automatically keep a safe distance to the car in front are restricted to the fancier trim and not even offered optionally on other models.

How comfortable is the Kia ProCeed 4/5 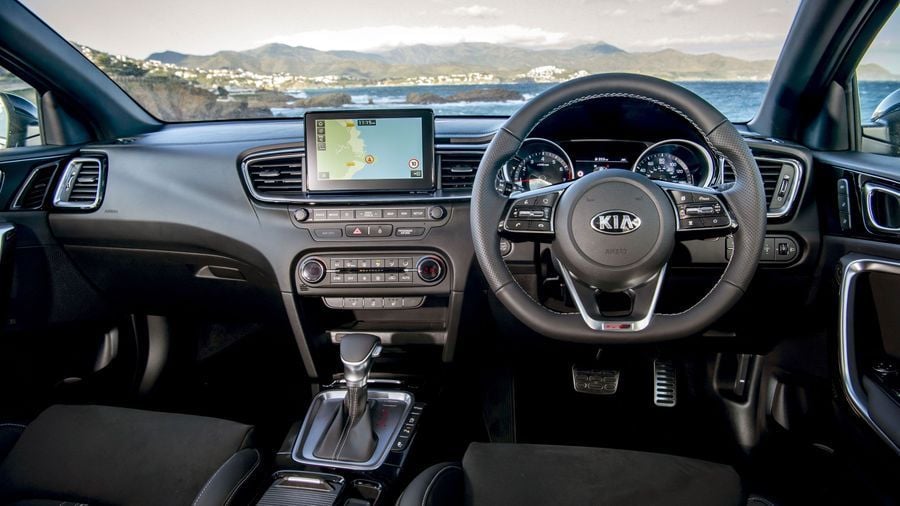 Kia wants the Proceed to have a sportier image than the Ceed, and so it’s tweaked the suspension to make it lower and more agile. It’s worked well, feeling confident and composed through the corners with steering that strikes a nice balance between lightness and responsiveness. We wouldn’t exactly describe it as ‘wafty’, but we’d be surprised if anyone finds it uncomfortable. The GT model is slightly firmer for an increased sense of agility. Even with this increased sense of purpose the ride remains entirely acceptable.

Less impressive are the front seats which, although comfortable to sit in, don’t adjust low enough. This could cause issues for taller drivers and passengers, especially in cars equipped with a panoramic sunroof. There’s not a huge amount of space in the rear either. Again, taller adults may struggle for headroom and legroom isn’t particularly generous, but kids should be fine.

Kia is keen to stress the Proceed isn’t an estate, despite its large hatchback boot. Sure, it’s not quite as practical as the Ceed Sportswagon but it’s not far off and certainly bigger than a regular hatchback.

Features of the Kia ProCeed 5/5 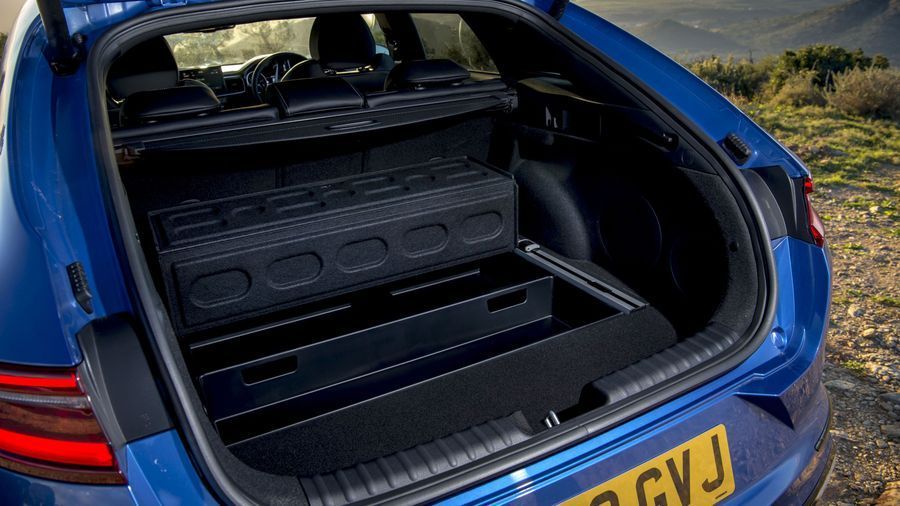 As a more premium offering within the Kia range, all Proceeds are well kitted out. Heated seats with faux-leather upholstery are standard, as is a heated steering wheel, dual zone air-conditioning and keyless entry and start. Apple CarPlay and Android Auto are included on the infotainment system, which is easy to use, and we’ve found the sat-nav instructions easy to follow too. Open your wallet a little wider and you’ll get a handy luggage rail system in the boot, which helps stop bags and other cargo being thrown around. An automatic parking system with front parking sensors is included too, as is an electric driver’s seat, heated rear seats and adaptive cruise control. You also get the bigger touch-screen and adaptable display in place of regular dials. and a JBL premium sound system, wireless phone charging and an electric boot lid. And black leather and faux-suede upholstery.

Power for a Kia ProCeed 3/5 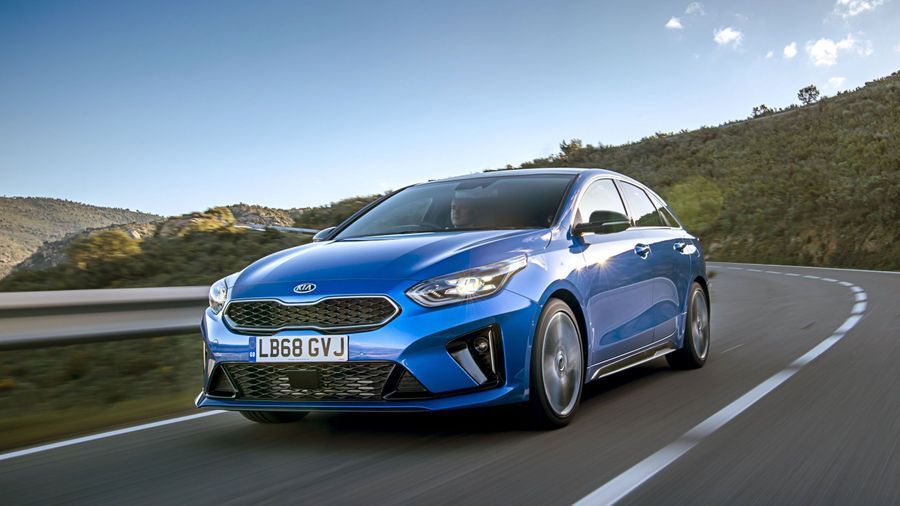 In the regular Proceed you have a choice of one petrol and one diesel engine. The petrol is a 1.4-litre, turbocharged unit with 140 horsepower, which is just enough for peppy progress without the need to work it hard. It’s a similar story with the diesel, a 1.6-litre engine with 136 horsepower that has plenty of grunt, although it sounds quite coarse on acceleration, without the kind of refinement that you get from other elements of the car. Again though, it does the job. Both are available with a six-speed manual or seven-speed ‘dual-clutch’ automatic.

The GT model is automatic only and has a 1.6-litre turbocharged petrol engine with 204 horsepower. That’s not quite enough to count as a hot hatch rival but it’s a very capable engine that pulls strongly from low revs without feeling breathless when you work it harder. 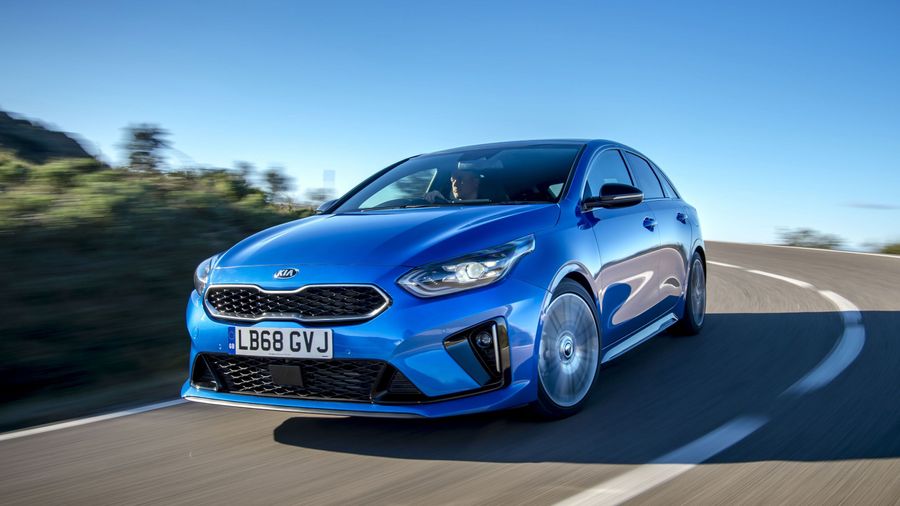