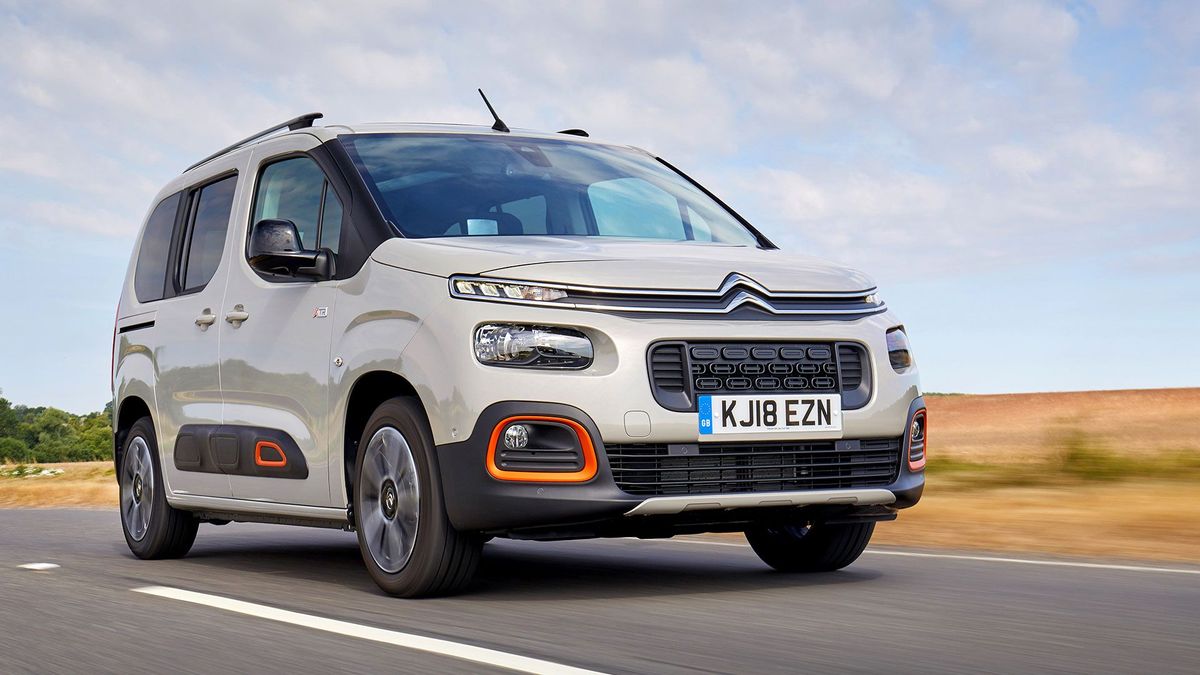 The Citroen Berlingo provides a gargantuan amount of space for a very affordable price, so if those two things sit at the top of your wishlist, it’s hard to beat. It’s reasonably comfortable and quiet to drive, too, and it’s packed with some really clever storage solutions. The bigger XL version is similarly good, and the roomiest seven-seater on sale today.

Running costs for a Citroen Berlingo 4/5 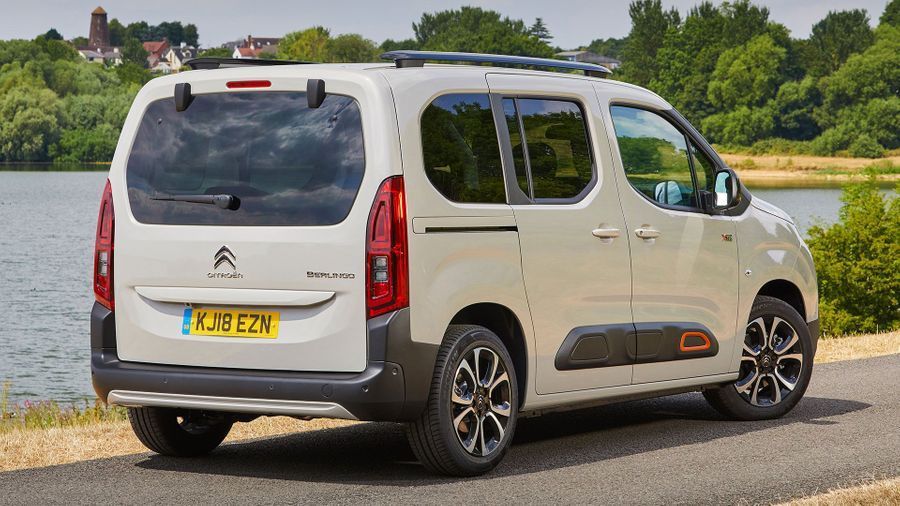 The Citroen Berlingo is very aggressively priced for a car of this size, so if you’re looking to maximise the amount of space you get for your money, it looks like a really good bet. It doesn’t do too badly on resale values, either, which has a big effect on keeping down your overall costs throughout your ownership period. Fuel and emissions figures are also among the better ones in the class, so you win there, too. Overall, then, the Berlingo makes a cost-effective family car.

Reliability of a Citroen Berlingo 3/5 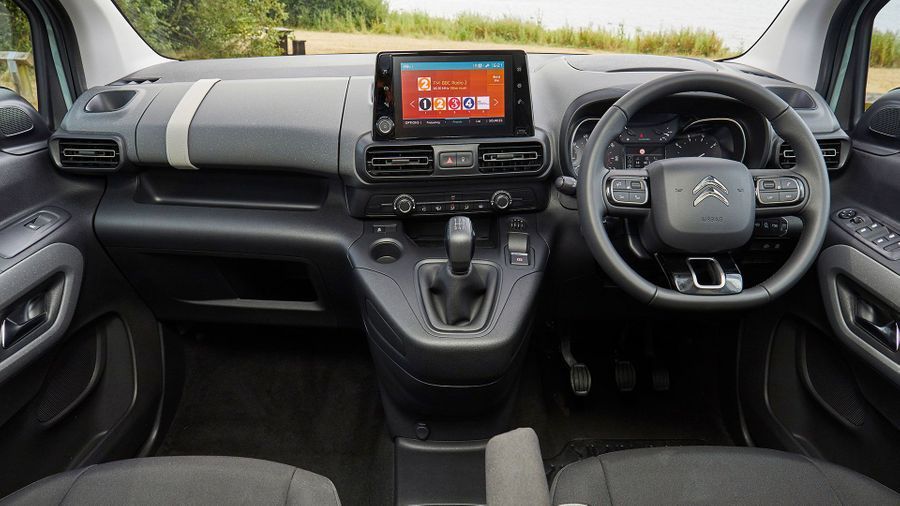 Previous versions of the Citroen Berlingo have done pretty well here according to Warranty Direct’s Reliability Index and, you’ll find very few negative comments about the car’s reliability in our owner reviews.

However, JD Power's Vehicle Dependability Study, which focuses on newer models across the different manufacturers, paints a much less rosy picture. The 2017 and 2018 studies placed Citroen near the bottom with a score well below the industry average, which is concerning. The 2019 study saw an improvement, but only a small one. Should anything go wrong, Citroen offers a three-year/60,000-mile warranty, which is fairly standard.

Safety for a Citroen Berlingo 3/5 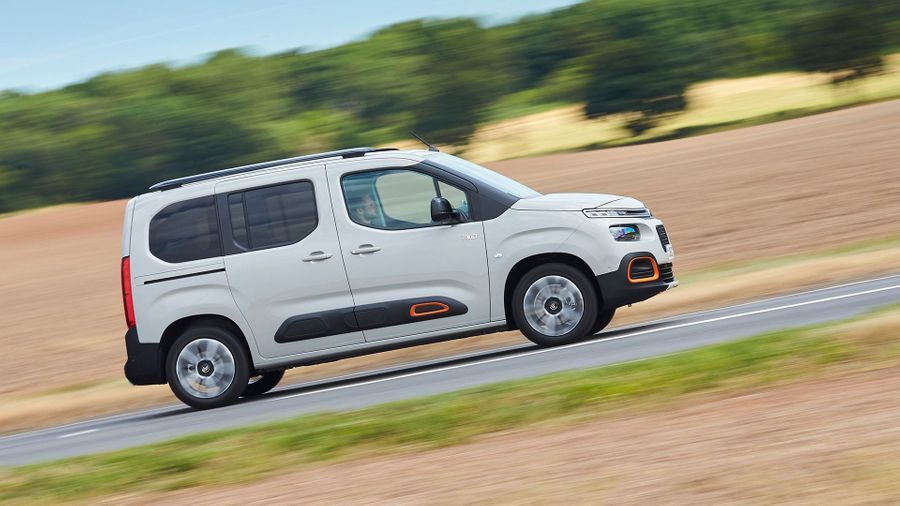 Six airbags are provided as standard in the Citroen Berlingo, along with mandatory stuff like electronic stability control, tyre pressure monitoring and clever brakes. What’s more, those brakes are clever enough to apply themselves if the car senses an impending accident and you don’t respond to a warning. Active lane keeping assist is also standard, as is traffic sign recognition. The options list includes adaptive cruise control and an automatic high beam function for the headlights, but you can only add that stuff if you go for the Flair range-topper. The car scored a slightly disappointing four out of five stars when crash tested by safety organisation Euro NCAP.

How comfortable is the Citroen Berlingo 4/5 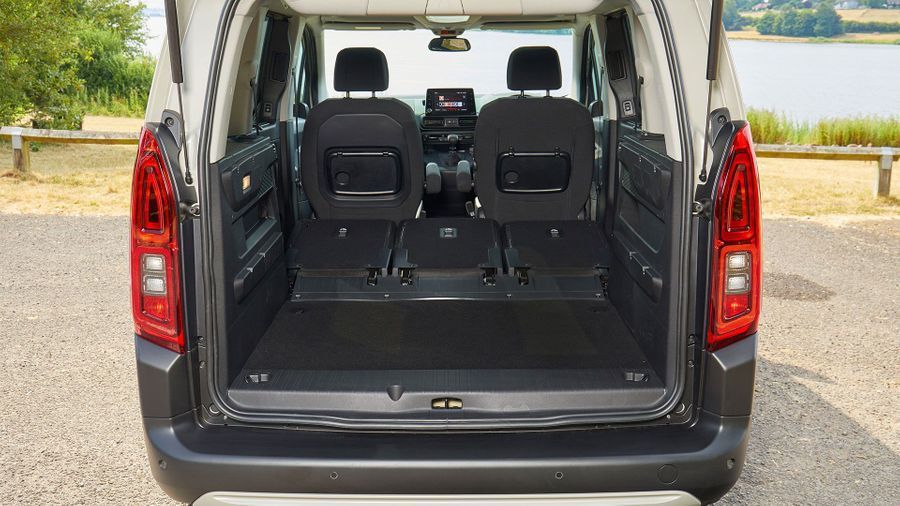 The Berlingo’s commercial vehicle roots are in evidence inside the cabin, because the materials on show look to have been chosen for their durability rather than their tactility., meaning other more conventional MPVs feel posher inside. Where the Berlingo’s van-like traits do come into their own, though, is on cabin storage: everywhere you look there’s another cubby hole, lidded bin, cup holder, shelf or pocket, so you’ll never be short of somewhere to stow your odds and ends. We did find, however, that the dashboard cupholders only work for smaller containers.

You get a van-like driving position which is elevated and upright, giving you a clear view of the road ahead, and the massive windows also mean that your view is almost as good behind you. What isn’t quite so good, though, is the touchscreen infotainment system. Its layout and menus aren’t awfully logical, and the reactions and screen transitions are rather slow, so it can be a pain to use.

The Berlingo comes in two sizes, the five-seat M and the longer, seven-seat XL. In both, there’s absolutely tons of headroom, legroom and shoulder room for rear-seat passengers, and every person gets a seat that has the same width and side support. In the Feel version, the rear bench is split 66/33, while in the Flair, you get three individual seats, which makes it even more versatile. The flat floor means that everyone gets plenty of room for their feet, too, and this is one of the few cars where you can fit three child seats (so long as they’re not too bulky) across the middle row. However, the kids might not be so impressed that the rear windows of the Feel model only pop out, and you have to upgrade to the Flair for ones that open properly.

The boot is similarly huge, with a whopping 775 litres of space underneath the parcel shelf, a figure that rises to 1355 litres if you load up to the ceiling and a gargantuan 3500 litres if you fold the rear seats down. Doing that is very easy, and although it leaves you with a step in the load area, the seats do go more or less flat. That parcel shelf is also solid, and can be installed at various heights in the boot to act as a genuine shelf. Genius. In addition, the front passenger seat folds flat if you need even more space.

The XL is bigger and gives third-row passengers just as much legroom as those in row two. For those who really need a seven-seater, you won’t find many with more room than this. The third row of seats can be removed if you need extra boot space, which adds some flexibility. It’s worth noting that with the third row of seats installed, boot space is minimal, so be aware if you need to haul lots of stuff as well as people.

On the move, the soft suspension soaks up lumps and bumps pretty effectively, and although you can occasionally feel a slight patter through the body on coarse surfaces, it’s nothing that’ll ruin your comfort. There’s lots of body lean when tackling a bend, and the slow steering also makes direction changes feel a little laboured, but the Berlingo still feels stable enough if you keep your cornering speeds sensible. Road noise is particularly well suppressed, and there isn’t too much in the way of wind noise, either, especially given the car’s upright design.

Features of the Citroen Berlingo 3/5 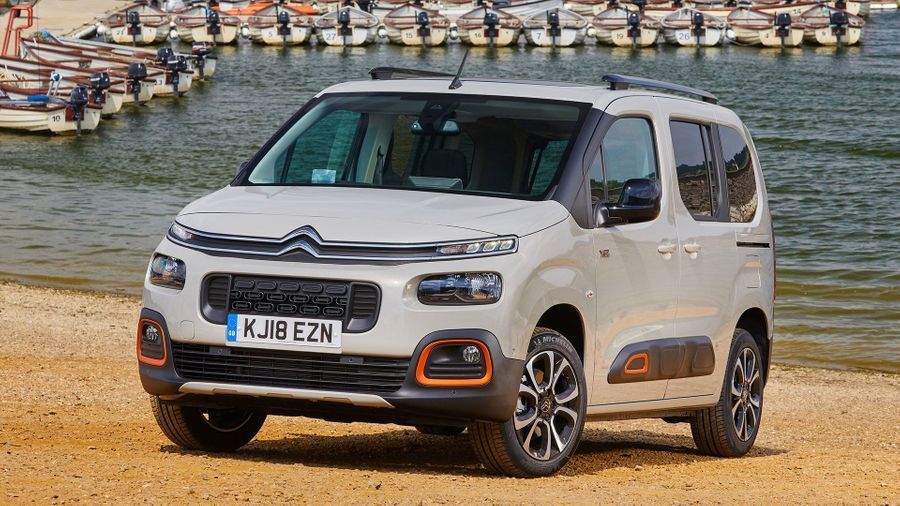 Despite the Berlingo’s industrial heritage, it’s available with quite a few niceties and luxuries. Once you’ve decided whether you want the five-seat Berlingo M or the seven-seat Berlingo XL, you can choose between three trim levels. Feel is the most affordable, and rides on 16-inch steel wheels but still boasts the 8.0-inch touchscreen infotainment system, and also includes automatic lights and windscreen wipers.

Upgrade to the Flair, and you’ll get 16-inch alloy wheels, rear parking sensors and satellite navigation, as well as the three independent rear seats rather than a bench. The top-spec model is the Flair XTR, which gives you some funky orange surround on the foglights, upgraded air conditioning and a head-up display, as well as a window in the bootlid for easy access to luggage. On top of that, you’ll get keyless entry and start and a panoramic sunroof.

Options include the Drive Assist Pack, which includes plenty of safety kit and adaptive cruise control. You can also opt for a couple of different parking sensor set-ups, one with automatic parking. A Family Pack will give you a wide-angle rear-view mirror to keep an eye on the kids and blinds on the rear side windows.

Power for a Citroen Berlingo 3/5 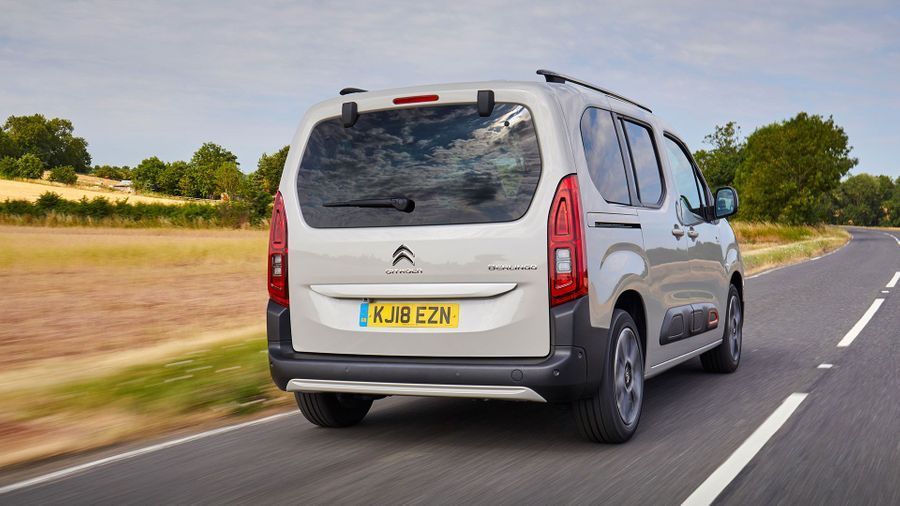 The entry-level Berlingo comes with a 110-horsepower, 1.2-litre petrol engine, and previously with a now-discontinued 130-horsepower version, but we haven’t tried either. The petrol us unlikely to sell in big numbers, but if you’re set on petrol, then that’s your only choice, as it’s not available in higher trims.

Diesel choices are all 1.5s with either 100 or 130 horsepower (the latter with a manual or an automatic gearbox, while the former is manual only). A 75-horsepower version that used to be available has also now been axed. The 100-horsepower version is smooth and quiet most of the time, which adds to the impressive level of mechanical refinement mentioned in the last section, and if you’re prepared to be merciless with the revs, it’s capable of half-decent acceleration, too. However, if you let the revs fall any lower than 3500rpm (which is a lot), the engine isn’t nearly as punchy, and you can often be left waiting a disproportionately long time for the engine to respond to a prod of the accelerator. The 130-horsepower version is capable at lower speeds and pulls reasonably well, but its automatic gearbox highlights how it runs out of puff when working harder. Try and go up a steep hill and it’ll frantically jump between gears as it tries to find a suitable ratio. 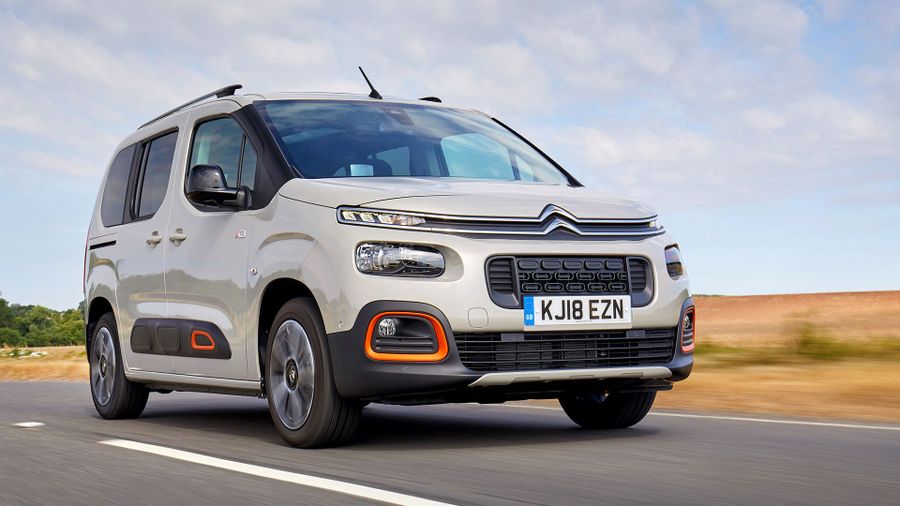