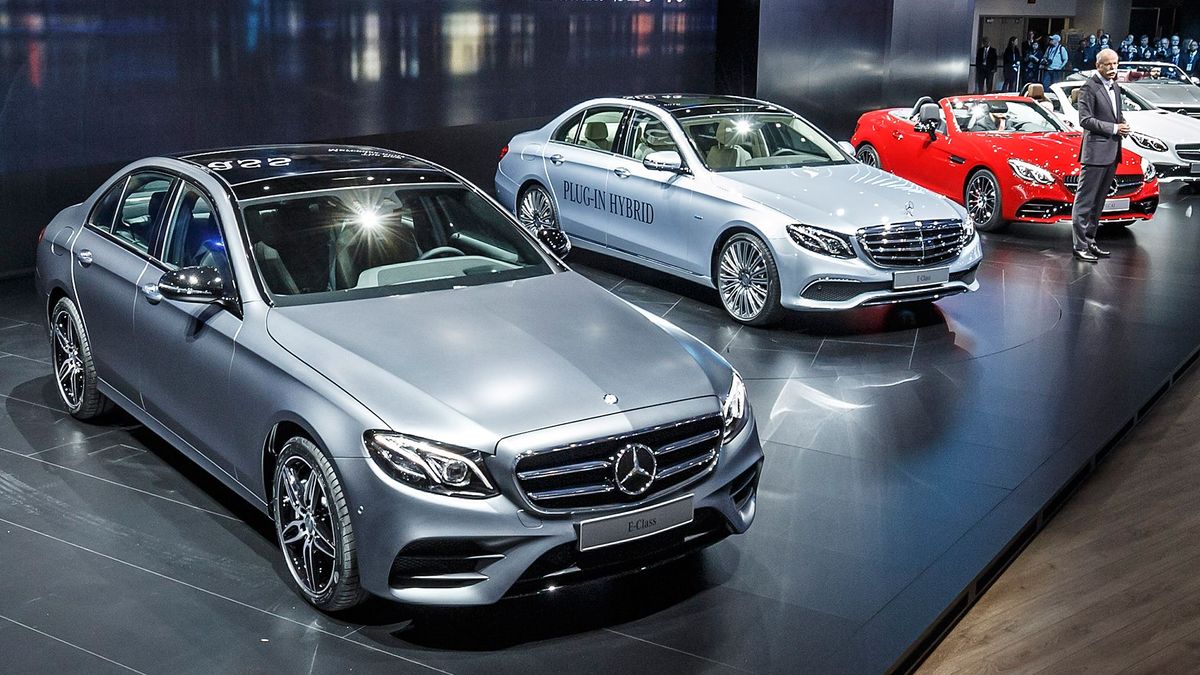 First published: 12th January 2016
Share on Facebook on Twitter
The Detroit Motor Show – or the North American International Auto Show, as it’s officially known – is the first major motor show of the year, and pretty every manufacturer is there, tantalising us all with gleaming new metal. These are our favourites from the many new launches in the halls.
Mercedes E-Class
The new E-Class – a rival for the Audi A6, Jaguar XF and BMW 5 Series – is a little larger than the previous model, but its styling follows very much in the mould of the C- and S-Class saloons.

The cabin is the real headline-grabber, with high-quality materials throughout, and various combinations of colour and trim that allow buyers to effectively personalise their car. There are also touch-sensitive control buttons on the steering wheel and – among the options – two wide-screen displays which merge to create a wide-screen display that includes both the conventional dials and a display above the centre console.

The wide-ranging package of technology on the new E also includes Active Brake Assist and Attention Assist on every model, while the optional Driver Assistance package includes a system called Drive Pilot. This allows the car to follow another at speeds up to 130mph, automatically taking care of accelerating, braking and steering.

The system also includes Active Lane-change Assistant, which helps the driver when changing lanes on multi-lane roads.
Full details of the price and specification are yet to be confirmed, but we expect the range to start at around £35,000 and it should go on sale in the spring. 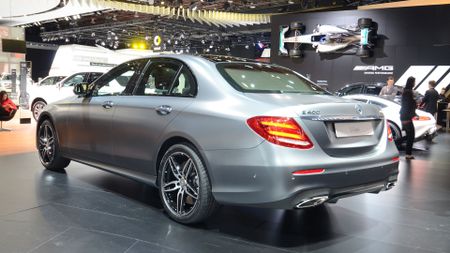 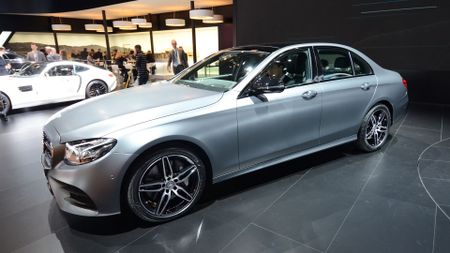 View gallery
Volvo S90
The S90 is Volvo’s new flagship saloon and it’s targeting the same market as the new E-Class, above. It shares many of its parts and specification with the XC90 SUV, which was launched this year to great acclaim. As a result, it will come with the T8 plug-in petrol/electric hybrid drivetrain, as well as featuring the semi-autonomous Pilot Assist system.

The company claims that its new saloon will have one of the most luxurious cabins in the class, as well as the very latest in connectivity – including the large touch-screen system infotainment system that has been so popular in the XC90.

Last, but not least, the S90 will come with some very impressive safety equipment, including the City Safety system, as well as the new Run-off road Mitigation system. This works similarly to the City Safety system, but will apply the brakes and turn the steering if it senses an imminent situation in which the car will run off the road.

The car is expected to go on sale in the UK in the first quarter of 2016, although the first deliveries will only take place a few months after that. Prices are yet to be announced, but we expect they will start in the low £30,000s. 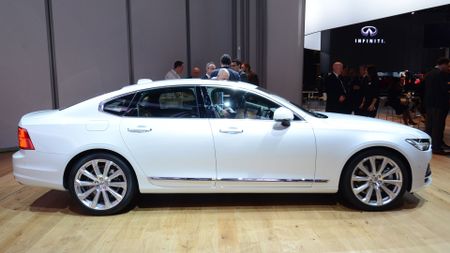 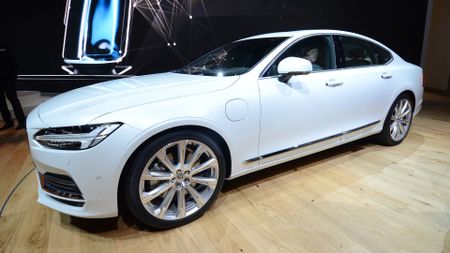 View gallery
Porsche 911 Turbo
The new 911 Turbo and Turbo S sit at the top of the revised 911 range, and both will be available in coupe and cabriolet body styles.

The real headline, though, is that, thanks to revisions to the twin-turbocharged 3.8-litre engine, they are both more powerful and more efficient than their predecessors. The Turbo has 533bhp, while the Turbo S has 572, and that translates into a 0-62mph time of 2.9 and 3.0 seconds in coupe versions of the Turbo S and Turbo, respectively.

Among the standard equipment is the GT Sport steering wheel, which includes a switch that allows the driver to choose between four driving modes. Porsche’s Active Suspension Management is also fitted to both cars, while the S adds Dynamic Chassis Control and ceramic brakes.

Visually, the new cars adopt many of the features from the latest Carrera models, such as the reshaped nose, revised door handles and new rear lights. They ride on 20-inch wheels, while they also have the new Porsche Communication Management system, which incorporates a touch-screen sat-nav system. 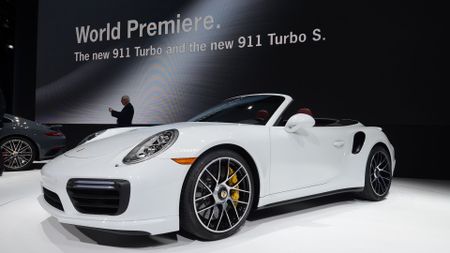 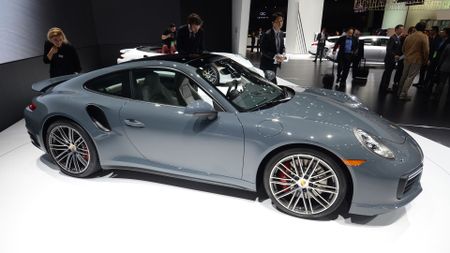 View gallery
Audi A4 allroad quattro
The third member of the new A4 family, the allroad Quattro joins the existing saloon and Avant estate models. It stands out from the regular Avant (on which it’s based) with its SUV-style bodykit, as well as the higher ride height and 34mm extra ground clearance that give it some off-road ability. This is further helped by the ‘offroad’ setting in the standard Drive Select system.

Powering the car will be a choice of familiar TFSI petrol and TDI diesel engines, with power outputs ranging from 147- to 267bhp, and CO2 emissions from 128g/km. Whatever the engine, though, the car comes with the latest version of Audi’s Quattro four-wheel drive system.

Inside, the car is pretty much identical to the standard A4, with the same choice of materials, colours and trims, as well as the same safety and driver assistance packages. Precise details of the new car’s specification are yet to be announced, but order books should open in the spring, and we expect prices for the range to start at around £34,000. 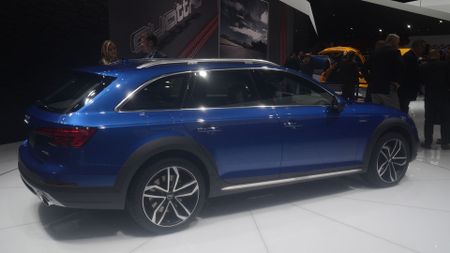 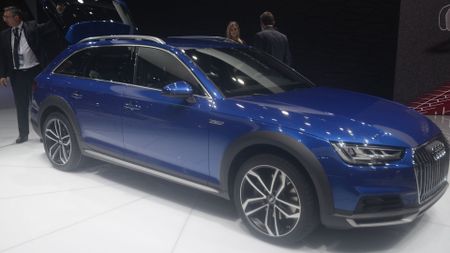 View gallery
Mercedes SLC
Yes, this is a new name for a Mercedes, but this isn’t a completely new car. In fact, it’s essentially just a facelifted and revised version of the SLK.
The most obvious changes are at the front end, where the SLC has a steeply raked, diamond radiator grille. There are also LED daytime running lights integrated into the headlights, along with new, sleeker tail lights that are also LED units.

Inside, the new car features new aluminium trim pieces with a carbonfibre finish, as well as a remodelled dashboard with larger display screens, an upgraded infotainment system and a new design of steering wheel. The folding roof has been redesigned, too, and can now be operated at speeds of up to 25mph. On the SLK, this had to be done manually.

Buyers will have a choice of four engines, starting with the SLC 200, which has a 181bhp four-cylinder petrol engine, while the flagship model Mercedes-AMG SLC 43, with a twin-turbo V6 petrol engine that will see it to 62mph in less than five seconds. It comes with its own bespoke look inside and out, as well as the option of ‘Ride Control’ sports suspension.

Buyers can order the new car from the middle of this month – when the prices and specifications will be confirmed – and first deliveries are expected in April. 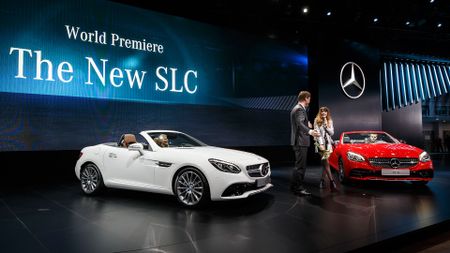 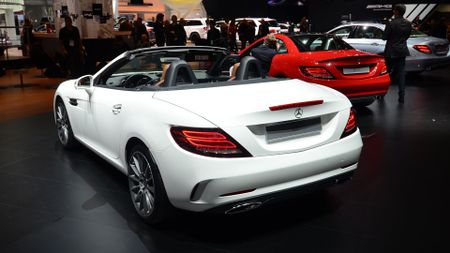 View gallery
Volkswagen Tiguan GTE
It's fair to say Volkswagen has had a pretty hard time in America over the last 12 months, but at Detroit they came out fighting, with a concept that emphasises good efficiency. The Tiguan GTE is based on the new SUV that was unveiled at last year's Frankfurt Motor Show, but uses a version of the petrol/electric plug-in hybrid powertrain from the Golf GTE.

Combining a petrol engine with two electric motors, the Tiguan GTE can run for up to 20 miles on electric power only, with zero tailpipe emissions, but has a theoretical total range of almost 600 miles. Depending on the conditions, the car can run in two- or four-wheel drive, and all four wheels can be driven even in all-electric mode. For now, the GTE is no more than a concept, but we expect to see the technology in a production version in the future.

Likewise, the car also showcases some features designed to improve the car's off-road ability by giving it more ground clearance and larger approach and departure angles; and, we expect these to be available on VWs in the future, especially as the company already says they are 'technically feasible for production cars.'

Finally, and definitely set for production, is the car's infotainment system. Based around a 9.2-inch touchscreen display that can be operated by gesture control, the system will definitely be appearing in an American model next year, and we expect it to be available on other high-spec Volksagens in the future. 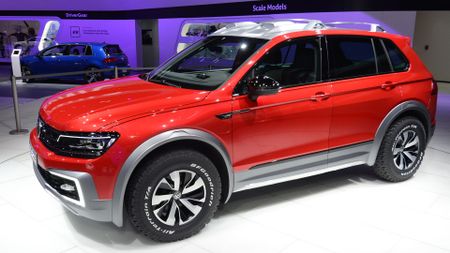 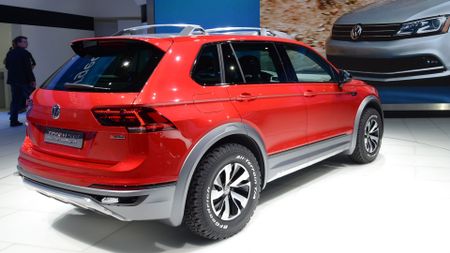 View gallery
BMW M2
The new BMW M2 was seen for the first time at Detroit, and had performance car fans licking their lips. Powered by a specially developed 3.0-litre, six-cylinder engine that develops 365bhp, it can hit 62mph in just 4.3 seconds when equipped with the optional seven-speed, dual-clutch gearbox.

Under the skin are umpteen changes to the 2 Series coupe it is based on, including suspension based on that in the M3 and M4, and brakes that have been developed for use in motorsport.

Motorsport has also played a part in the looks of the M2, with the large front apron with its trapezoidal blades taking inspiration from the iconic BMW 3.0 CSL touring car racer. The front and rear wings have been extended to take the wider wheels, while inside the effect is completed by sports seats with blue contrast stitching and an M logo in the backrests, as well as bespoke dials.

That's not to say the car is a stripped-out racecar for the road, although the ConnectedDrive Services offer such things as a lap-timer and GoPro video apps. In fact, the standard equipment includes sat-nav and xenon headlights. 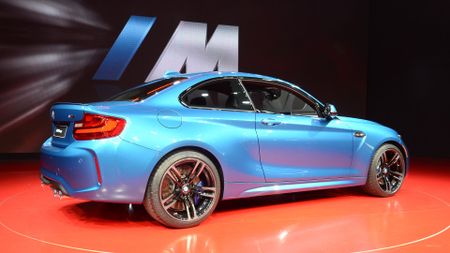 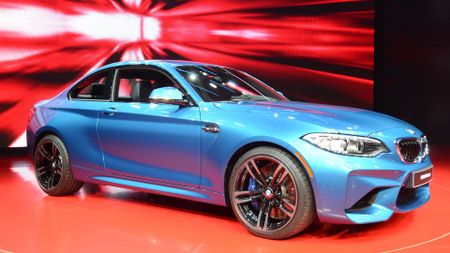 View gallery
Infiniti Q60 Sports coupe
The new Q60 sports coupe made its world debut at Detroit and should go on sale in the second half of this year, looking to attract buyers who might be tempted by a BMW 4 Series. Lower and wider than its predecessors, the new car has a choice of two petrol engines - a 208bhp turbocharged 2.0-litre four-cylinder unit or a new 400bhp twin-turbo 3.0-litre V6 that is paired with four-wheel drive rahter than the less powerful model's rear-wheel drive.

The design uses familiar Infiniti features such as the double-arch grille and the crescent-shaped rear pillars, while the car also has LED headlights and 19-inch alloy wheels - with 20-inch models available as options.

Sport models will come with Direct Adaptive Steering, which allows the driver to choose from six different modes for the steering, while V6-engined models have an electronic suspension system that can be adjusted to give greater comfort or sharper handling, as the driver prefers.

However, the Q60 is not an out-and-out sports car, with Active Noise Cancellation fitted across the range, as well as a new 13-speaker Bose stereo and a host of active and passive safety features.

There's no word yet on exactly when the car will go on sale in the UK, but given that it will rival the BMW 4 Series, we expect that it cost from about £35,000. 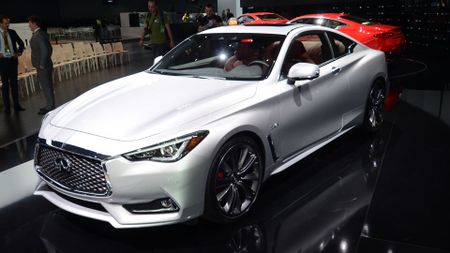 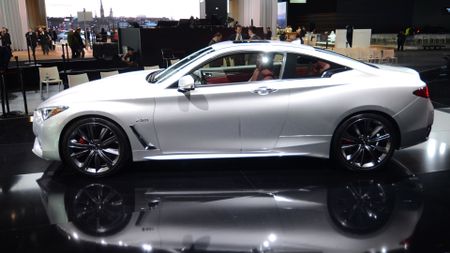 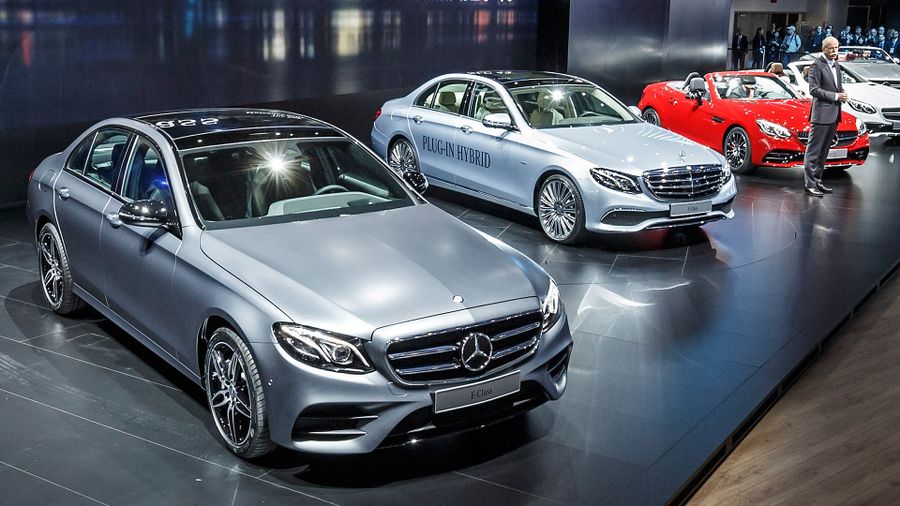