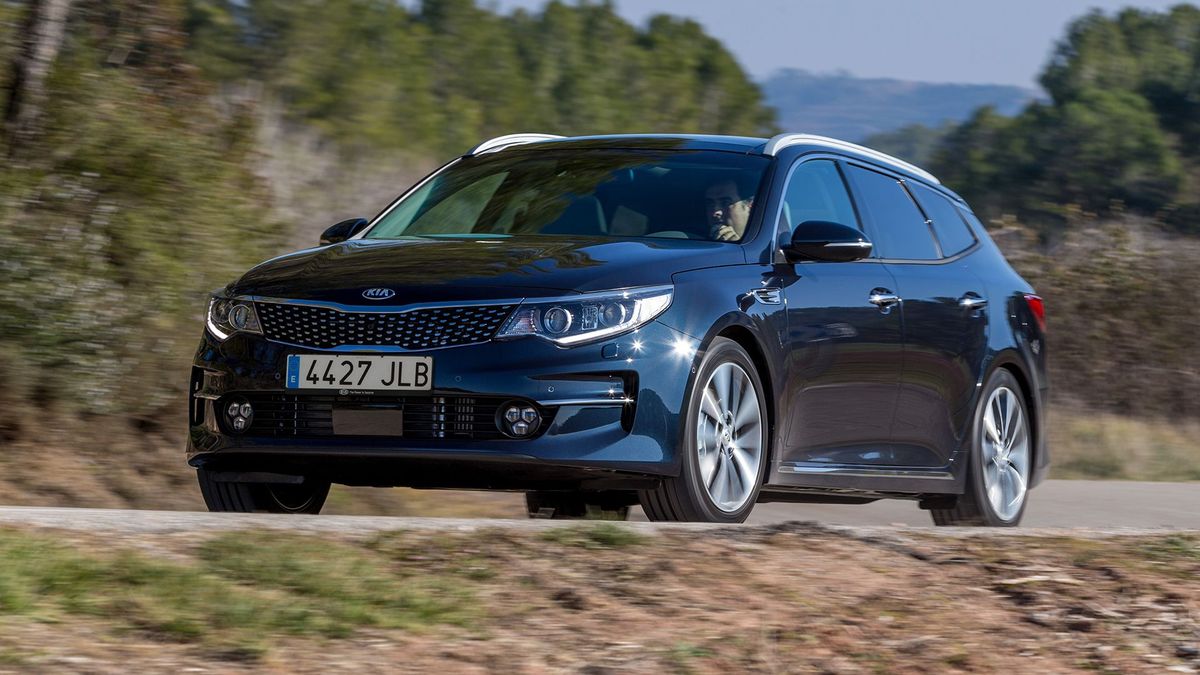 First published: 18th February 2016
Share on Facebook on Twitter
Kia will launch its first ever large estate car at next month’s Geneva Show. The Optima Sportswagon is the estate version of the Optima saloon, and will go on sale in the final quarter of this year.

Following hot on the heels of the plug-in hybrid which was unveiled at the Chicago Show, the estate further expands the Optima range. It’s the same length as the saloon – making it almost identical to the Ford Mondeo estate – but a little bit higher to accommodate the 553-litre boot (which is considerably larger than the Mondeo’s).

As you would expect, the car’s styling is very similar to the saloon’s at the front end, and all versions come with alloy wheels, varying from 16- to 18 inches, depending on the trim level. Officially, Kia refer to the Sportswgaon as a ‘tourer’, emphasising its swept-back rear end and tapering roofline, saying it gives the car a more sporting look.

As far as the driver is concerned, the cabin, too, is very much like the saloon’s and will feature the company’s latest infotainment systems, as well as Apple Carplay and Android Auto, allowing drivers to integrate compatible smartphones. 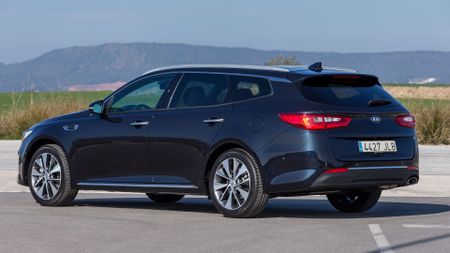 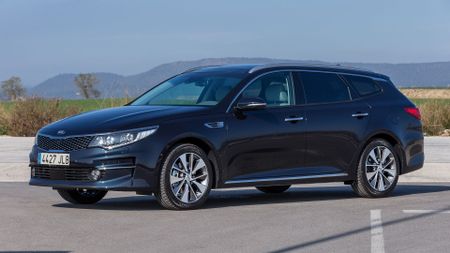 View gallery
Kia claims that the car will be one of the most practical cars in its class, with 40/20/40 split/folding rear seats as standard. This will allow long items to be loaded through the centre section, while still leaving two clear rear seats.

On top of that, also available will be a safety barrier net built in to the back of the rear seats and pop-up sliding luggage rails to secure individual items which are likely to slide or roll around the boot. Last, but not least, the tailgate can also be operated electrically.

As with the saloon – which earned a maximum five-star safety rating from Euro NCAP – the Sportswagon will be available with a wide range of safety features, including Smart Cruise Control, Autonomous Emergency Braking and a lane-keeping assist system.

Broadly speaking, the estate’s suspension set-up and engine line-up follows the saloon’s, but an electronically controlled suspension will be available as an option on some models, and standard on GT-trimmed cars.

Beyond that, exact specifications are yet to be confirmed, but Kia says the car will go on sale in the UK in the final quarter of this year, and we expect prices to be a little higher than the saloon’s, suggesting a starting price for the Sportswagon range of about £23,000. 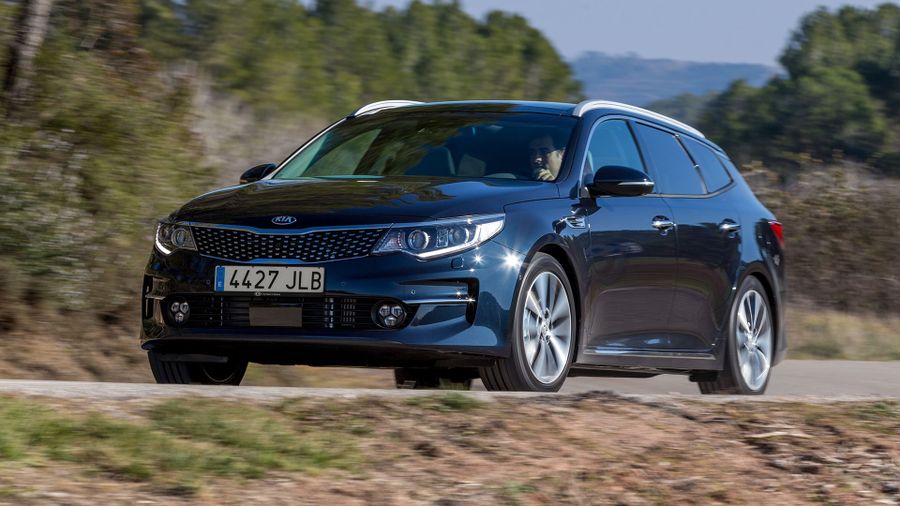