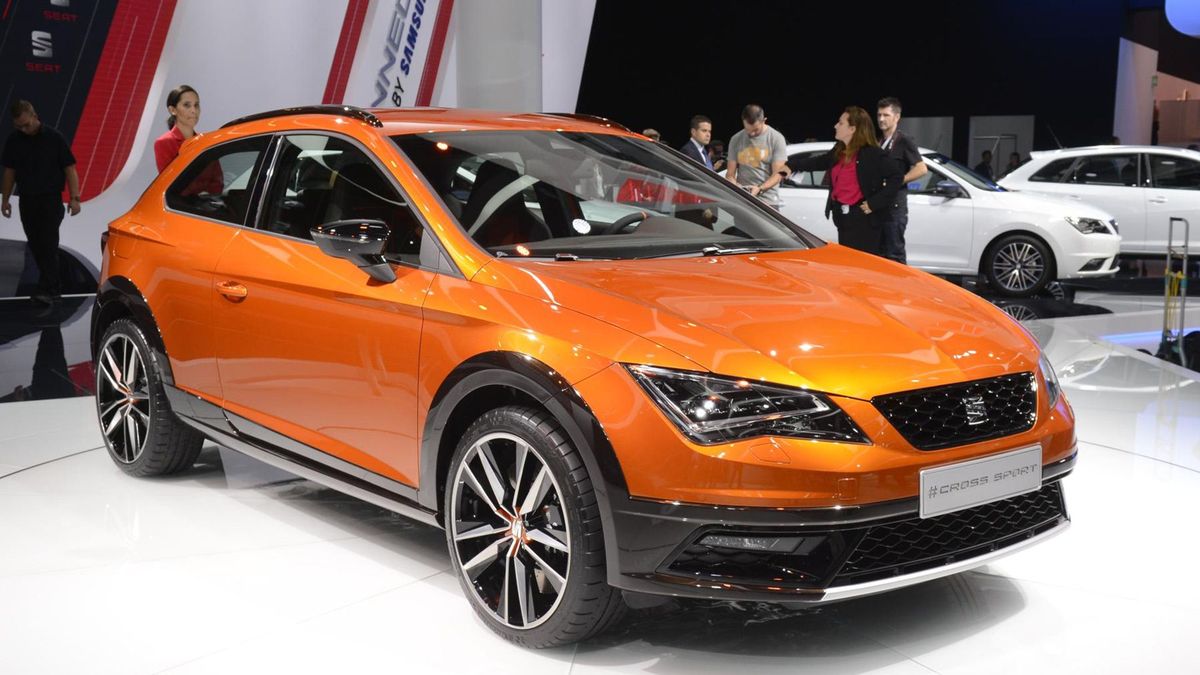 First published: 14th September 2015
Share on Facebook on Twitter
Seat has unveiled a new concept, called the Leon Cross Sport, just ahead of this year’s Frankfurt Motor Show. The new car is based on the three-door version of the Seat Leon Cupra, but it also adds four-wheel drive and a raised ride height, as well as upping the power to 296bhp.

Although still only a concept, the Seat Leon Cross Sport uses technology, running gear and parts which are already in production and use across the Volkswagen Group, so seeing it in production wouldn’t be too much of a stretch of the imagination.

Its bodyshell is that of the three-door Leon Cupra, with its signature sharp angles and creases in the metalwork, but the ride height has been raised by 41mm. The concept gets exclusive 19-inch alloy wheels, as well as wider, bulging wheelarches – trimmed with black plastic cladding – and extended side-sills. It also gets quad exhausts, larger air intakes and a black mesh grille. 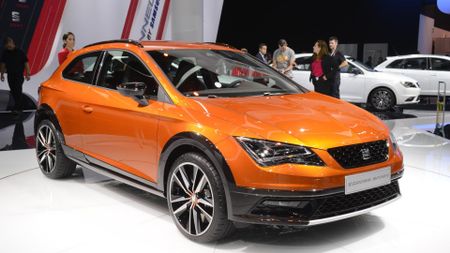 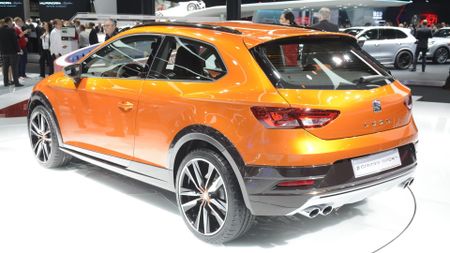 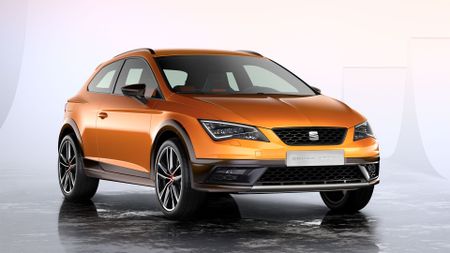 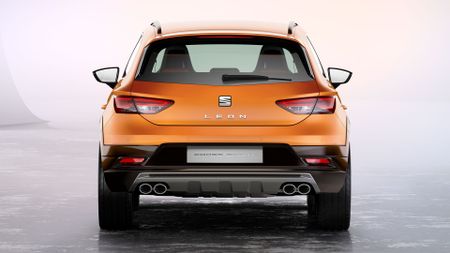 View gallery
Inside, the seats are upholstered in leather and Alcantara, while the layout is carried over from the standard Leon Cupra. It also debuts the Seat Connect App, which allows you to specify certain hand gestures to specific actions, such as calling a friend, starting the sat-nav guidance or finding a fuel station, while it also reads out incoming text messages. The system also allows you to dictate replies using voice recognition software.

Under the bonnet, it uses a 296bhp version of the Volkswagen’s group’s ubiquitous turbocharged four-cylinder petrol engine, also seen in the Audi S3 and the Volkswagen Golf R. It produces 280lb/ft of torque, which is enough to catapult the concept from 0-62mph in 4.9 seconds. This is sent to all-four wheels via a six-speed twin clutch gearbox. 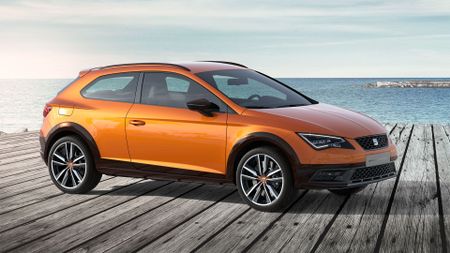 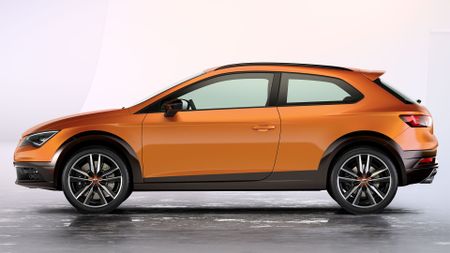 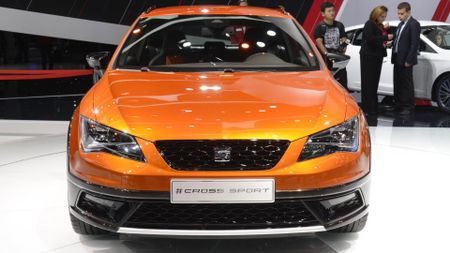 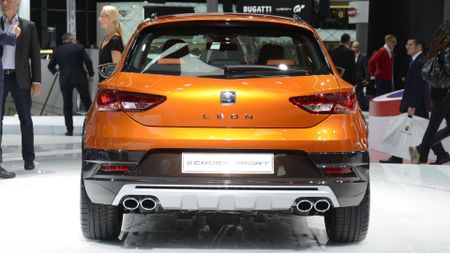 View gallery
If the Cross Sport goes into production, it’s likely to be a Seat version of the aforementioned Audi S3 and Volkswagen Golf R; whether or not the SUV-like raised ride height makes it to the production version, we can't be sure.

Find a Leon Cupra in our classifieds 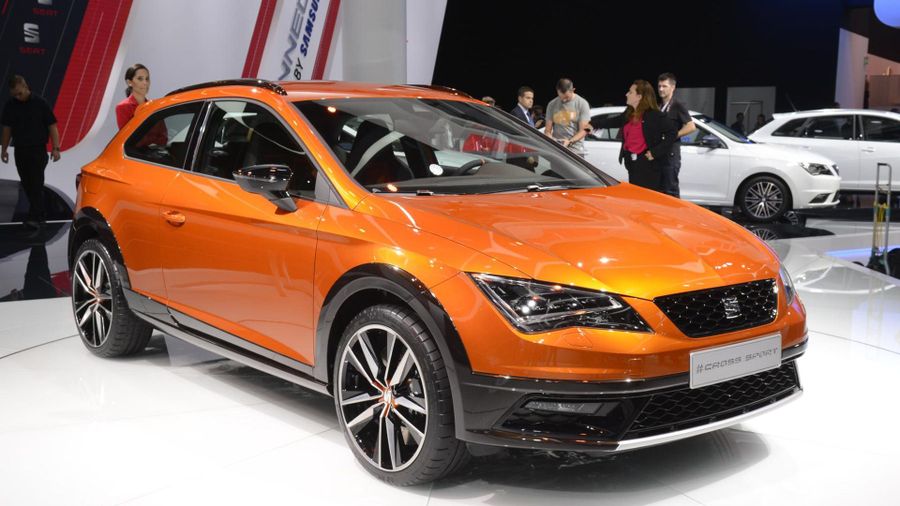