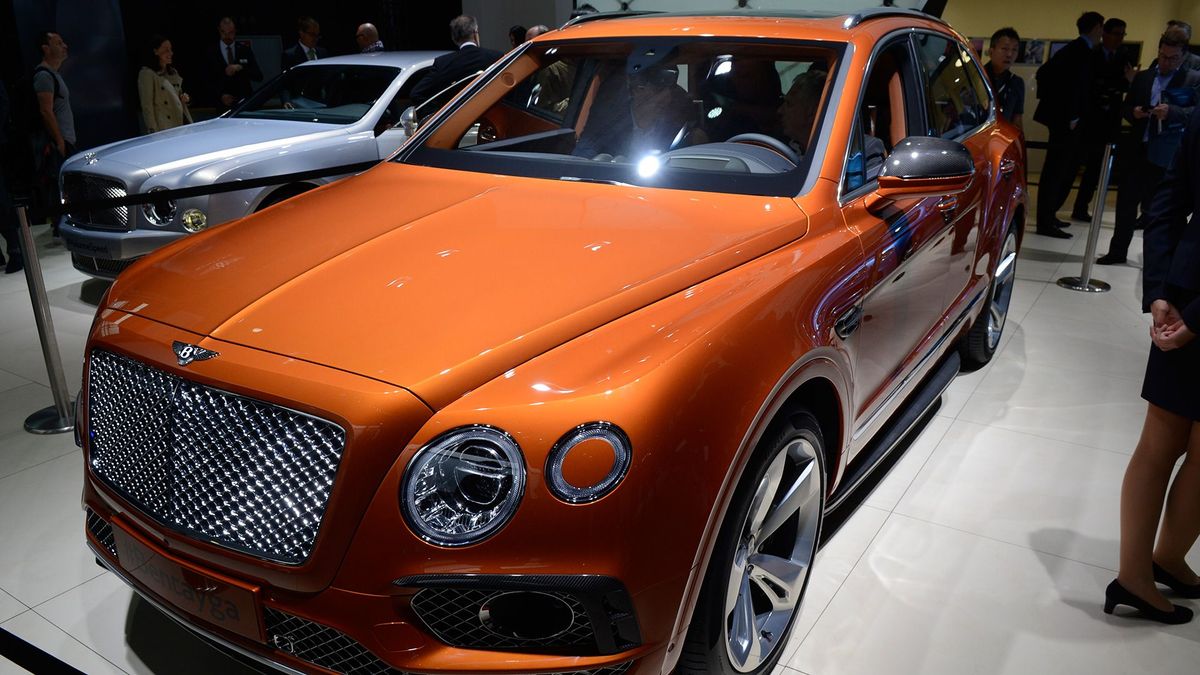 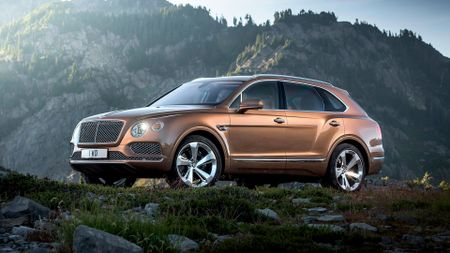 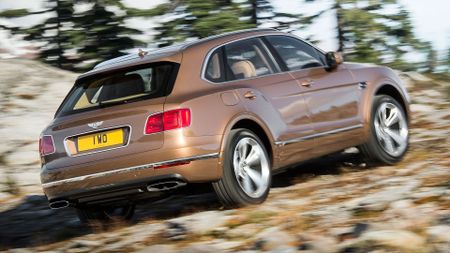 View gallery
The first official pictures and details of the all-new Bentley Bentayga SUV have been revealed ahead of the car’s public debut at next week’s Frankfurt Motor Show.

This is the first SUV to come from the British manufacturer and Bentley promises that it will be the “fastest, most powerful, most luxurious and most exclusive” SUV in the world. It’ll be powered by a new twin-turbo version of the company’s W12 engine, with a V8 and hybrid models on the way. The new car will be built at the recently redeveloped Crewe factory in the North West of England. 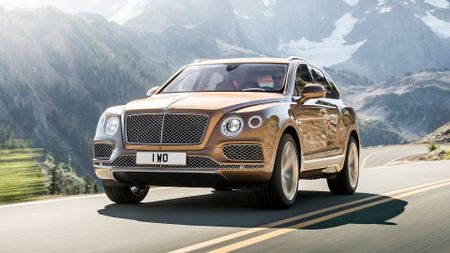 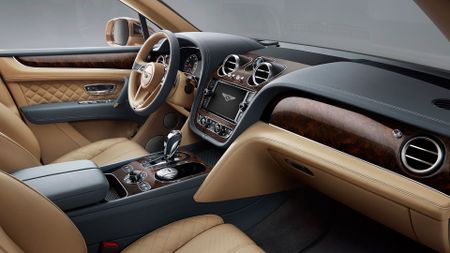 View gallery
Since the car was first revealed as the EXP 9 F concept in 2012, it has drawn criticism for its styling, and the new car, although it doesn’t resemble the concept too much, is likely to continue to divide opinion.

The large, imposing grille and signature all-LED quad headlights are all present and correct, as are gaping air vents in the front grille, while down the sides, there are two sharp creases in the bodywork, which run from the front wheelarches to the heavily bulged rears. Within those wheelarches sit large alloy wheels, which can be had in 20-, 21 or 22-inch sizes. The rear lights incorporate a ‘B’ light graphic into them, while all models also get a panoramic sunroof and aluminium roof rails. 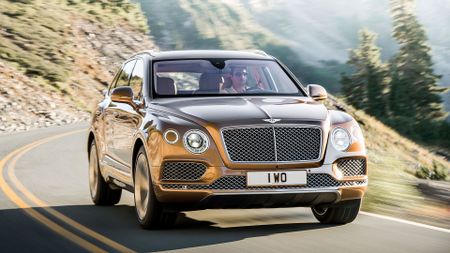 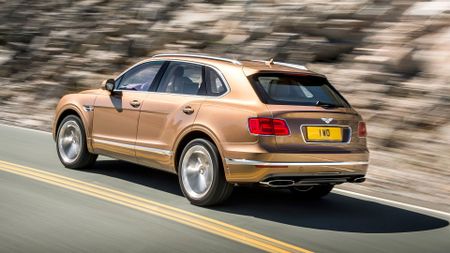 View gallery
Inside, there are swathes of wood and leather, with metallic finishes on the gear knob, air vents and vent controls. The leather front seats feature 22-way adjustment, while if you go for the four-seat configuration, the two rear chairs can be adjusted 18 ways.

The Bentayga also features a host of new technologies, such as a head-up display, night vision, Predictive Adaptive Cruise Control, while the driver can choose from up to eight drive settings; four of which are specifically tailored for off-road driving. It can also be specified with Park Assist, which can identify suitable parking spaces and automatically steers the car into the space. There’s also a new 8-inch touchscreen infotainment system, from which the 1,950-watt, 18-speaker Naim audio system. The infotainment system also incorporates a 60GB hard drive to store music on, while you can also specify a 10-inch android tablet with 4G and wifi connectivity for the rear seats. 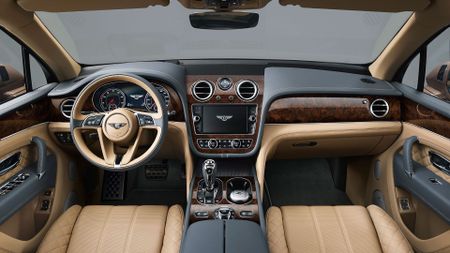 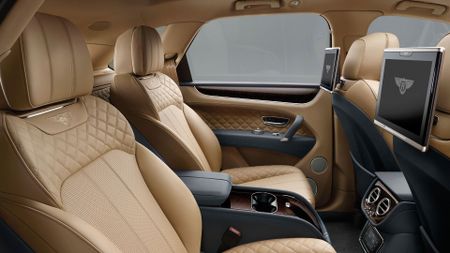 View gallery
Under the bonnet, the car will initially only be available with a 6.0-litre W12, producing 600bhp at 6,000rpm and a massive 663ft/lb of torque between 1,250- and 4,500rpm. This is enough to complete the 0-62mpg sprint in just 4.1 seconds and go on to a top speed of 187mph. All this power and torque is sent to all four wheels via an eight-speed automatic gearbox.

Naturally, such a large and heavy car won’t be the cleanest or most efficient car in the world, with CO2 emissions of 292g/km and it’ll return 22.1mpg on the combined cycle. Despite these numbers, Bentley still claims a 22.1% improvement in efficiency compared to the previous iteration of this engine. More efficient V8- and hybrid models are set to be introduced later in 2016.

Find a Bentley in our classifieds 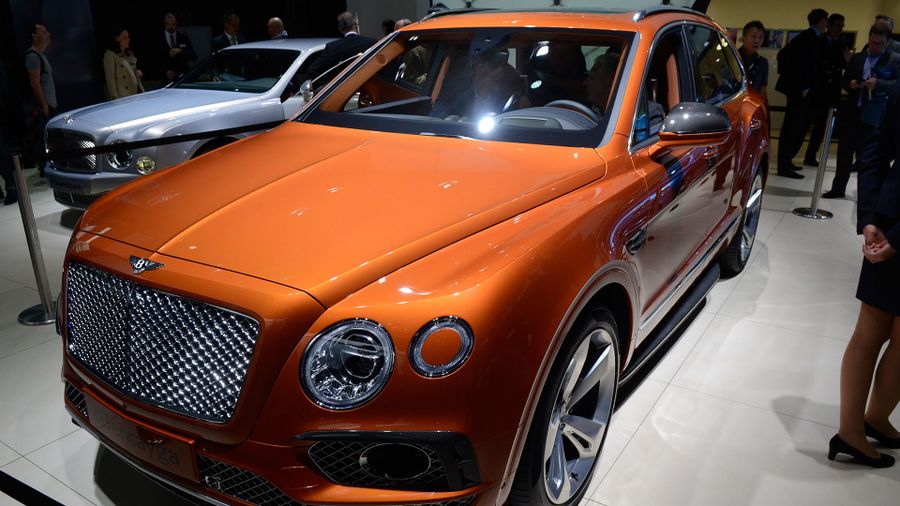