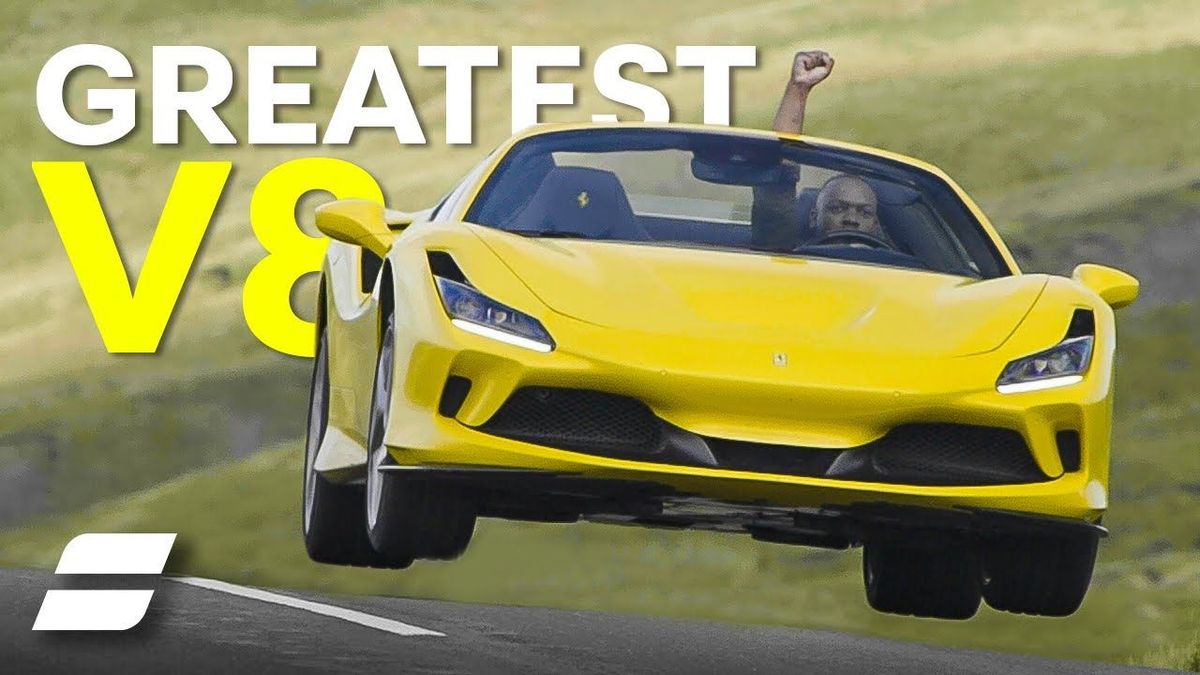 Seeking to both honour Ferrari’s ability to consistently create the very best and add to that historic legacy as the most powerful Ferrari V8 yet, the F8 Spider has set itself a lofty goal and faces some strong contenders on the way.

So how does the Ferrari F8 Spider stack up? 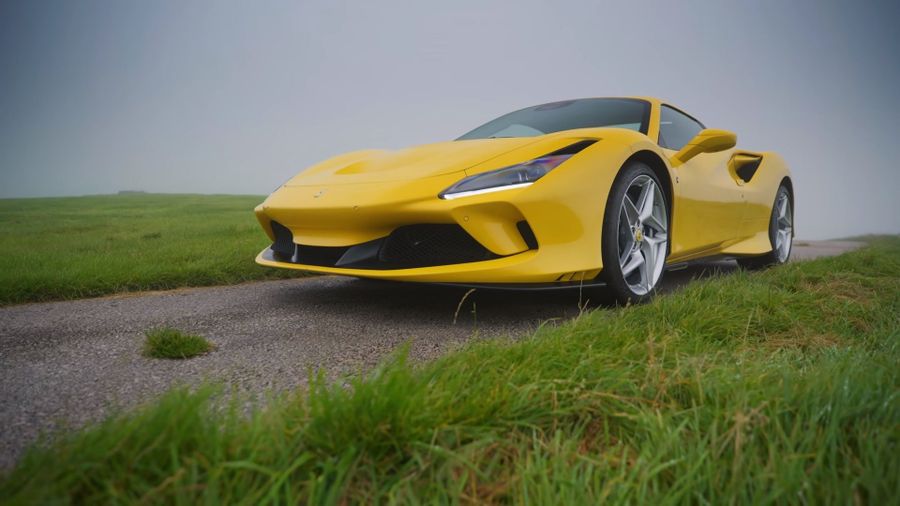 The Ferrari F8 Spider was built to be a celebration of Ferrari’s V8 engines and it takes that role seriously. This could, in fact, be one of the greatest of all time.

To best understand how the Ferrari F8 Spider drives, we should take a look at where it’s come from.

The Ferrari F8 Spider is a drop-top version of the F8 Tributo, which itself replaced the 488 GTB. Ferrari themselves claim it’s a slightly less hardcore version of the 488 Pista – though it’s still ridiculously hardcore. This is no doubt in part due to the fact it still has the same engine, which has a massive 720 metric horsepower (the same as the McLaren 720S).

There’s 770 Newton metres of torque, which is delivered urgently by the turbocharged engine with minimal lag.
There are plenty of extra touches that add to the driving experience, like ‘bumpy road’ mode, which softens the suspension and allows you to glide over imperfections in the road.

With the roof down, it’s a slightly different story, and you may notice the rigidity of the car feels compromised. That’s because, while the Ferrari F8 Spider is new, the chassis it sits on is old. This comes through on occasion; there’s noticeable body flex that makes the car feel nervous and disjointed, especially when driving slowly.

That said, this is by no means a bad car for it. It does, however, serve to inspire on what Ferrari could do with a new chassis on future generations.

In terms of the mechanics: that V8 engine is incredible, but the star of the show is arguably Ferrari’s seven speed manual gearbox, which upstages their 3.9 litre V8 by some stretch.

The carbon fibre paddle shifters feel great, and help you shift fast and seamlessly up and down through the gearbox. In ‘race’ mode, the shifts become a little bit more violent and makes the driving experience so much more involving. 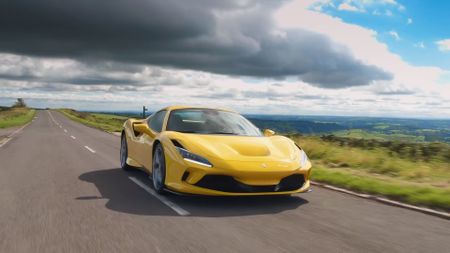 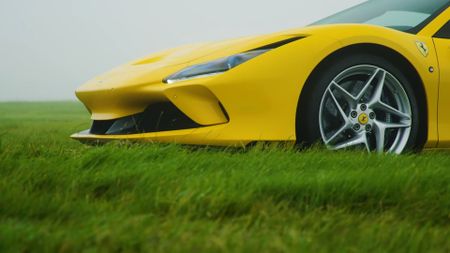 How much does a Ferrari F8 Spider cost?

Well, it’s a Ferrari, and those classic looks haven’t gone anywhere so you’re sure to be turning heads.

The F8 Spider uses the same platform and design cues as previous generations, though small tweaks have been made to modernise and distinguish the latest model. Quad circular brake lights have been introduced, which almost inarguably look better than the twin lights used on the 488.

The body is classic Ferrari, a predator of a car, though this new model introduces some sleek, aerodynamic elements to the profile – like shark fins on the lower sills, and ventilation near the lights to cool the brakes and relieve pressure from the wheel arches.

There’s a sprinkling of feel-good factors to the F8, like the complementary engineering kit which comes complete with white Ferrari gloves, and the extra dashboard display screen for passengers.

Then there’s the fact it’s a convertible. The roof drops in 15 seconds at speeds of up to 30 mph, and once it’s down you really appreciate how roomy the cabin is, how comfortable and stylish the seats are. 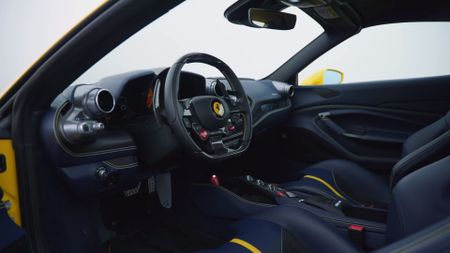 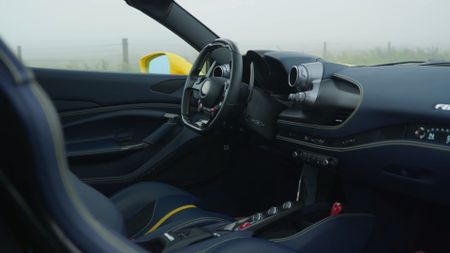 Is the Ferrari F8 Spider any good?

AKA does the Ferrari F8 live up Ferrari’s legacy?

The Ferrari F8 Spider is every bit as capable and enjoyable as it should be and the best part is that, with a new chassis and more time, it could be more. Just imagine how good the next generation is going to be.

But for now, this is an exceptional supercar and, objectively, better than the V8s that came before it.

Subjectively? Well, that’s up to you. But we’d say the Ferrari F8 Spider is a reminder that all V8 Ferrari’s should be celebrated and, as the superlative engine that gets better with every generation, that the future remains bright for Ferrari. 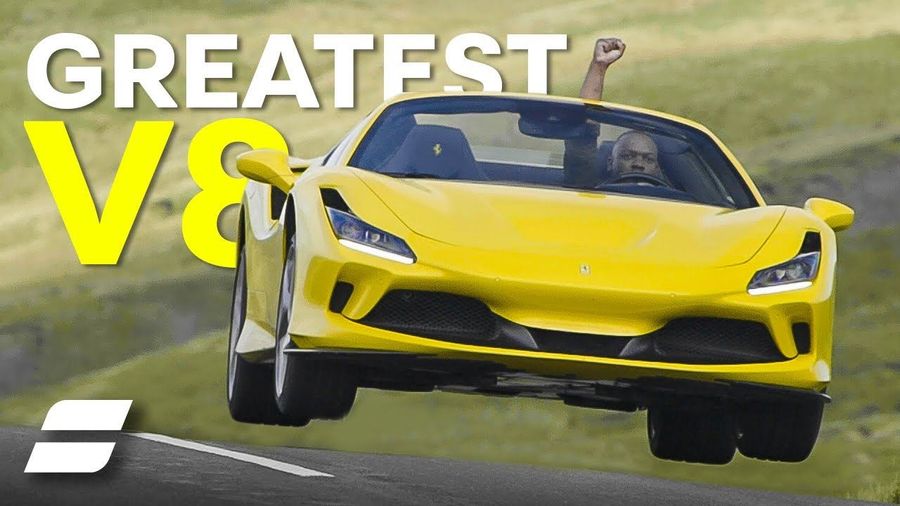