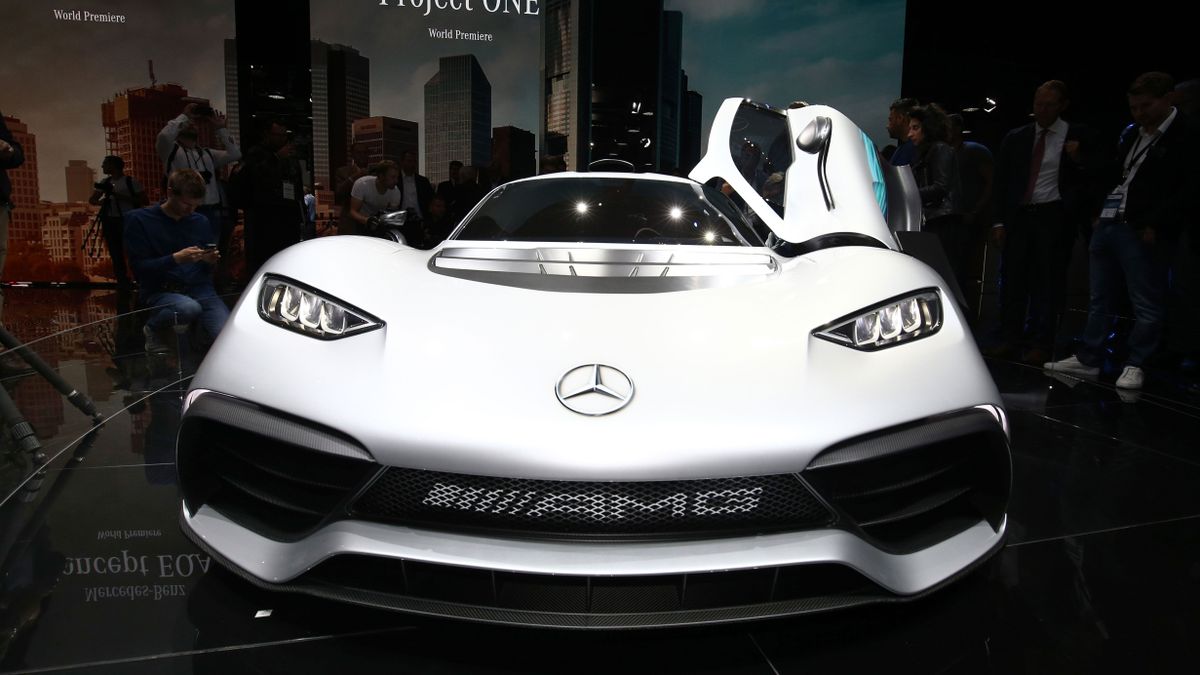 First published: 12th September 2017
Share on Facebook on Twitter
Bentley Continental GT
The third incarnation of Bentley’s four-seat grand tourer will be longer and lower than its predecessor, with a lighter body made with aluminium. It’ll be powered by an enhanced version of the company’s twin-turbocharged 6.0-litre W12 petrol engine giving 635PS, mated to an eight-speed twin-clutch automatic gearbox, and it’ll dispatch the 0-62mph sprint in just 3.7 seconds, before powering on to a top speed of 207mph. The cabin promises the usual Bentley blend of high-quality wood, leather and chrome, together with painstaking attention to detail. It provides a fair amount of technology, too, with a configurable driver display and a 12.3-inch touch-screen that flips away into the centre console when not needed. 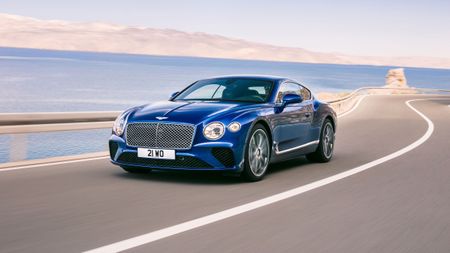 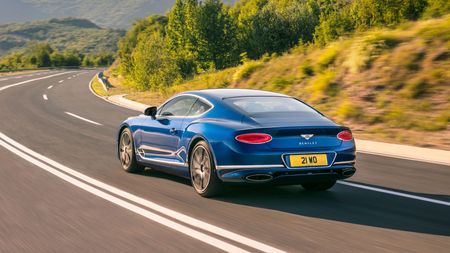 View gallery
Audi RS 4 Avant
Do you love a fast estate? If so, you’ll be delighted to see the latest generation of Audi RS 4 Avant break cover. It takes the practicality and comfort of the standard A4 estate but ups the power to a whopping 450PS from its 2.9-litre engine. Torque figures are substantially higher than in the previous model, which together with all-wheel drive means you can leap from standstill to 62mph in 4.1 seconds. Visually, you can tell the RS 4 apart from other estates in the A4 range by its wide wheel arches, oval tailpipes and roof spoiler. It comes with 19-inch aluminium wheels as standard, but 20s are an option. Other standard features include the Audi virtual cockpit; a digital display in place of traditional analogue dashboard instruments. The RS 4 Avant goes on sale later in September, with prices starting at £61,625 and first UK deliveries early next year. 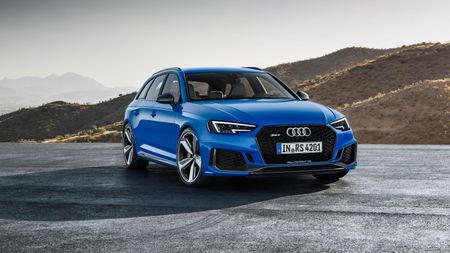 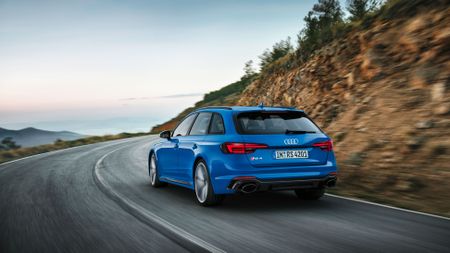 View gallery
BMW M5
We’ve seen the new M5 in the flesh for the first time in Frankfurt. The big news is that, for the first time, BMW’s iconic super-saloon will feature all-wheel drive. It also has a 4.4-litre V8 petrol engine (mated to an eight-speed automatic gearbox), which delivers a power output of 600PS, meaning the car can see off the 0-62mph dash in just 3.4 seconds. Like many M5s before it, the latest version will give you a dizzying amount of choice on how your car behaves, and the first customers (who’ll have paid around £90,000 for privilege) should get their cars in spring next year. 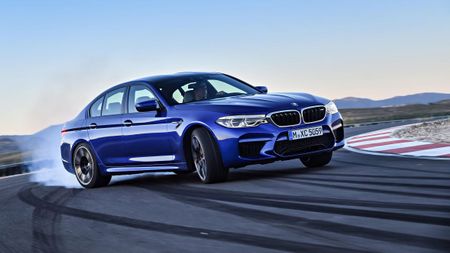 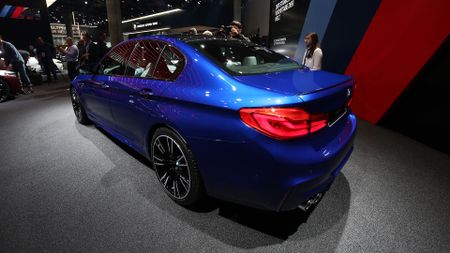 View gallery
Hyundai i30N
The world of hot hatches is filled with names that have been around for years, from the Ford Focus RS to the Volkswagen Golf GTI. But here’s a new one – the Hyundai i30N. The Korean manufacturer has been honing its new fire-breathing version of the i30 on the race track, and reckons it can be a serious alternative to the established brands. With a 275PS, turbocharged engine, sports seats and aggressive bodywork, it certainly looks the part on paper. It arrives on UK roads in the New Year.

Read more about the Hyundai i30N by reading our earlier story here. 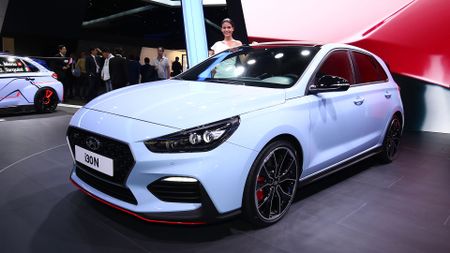 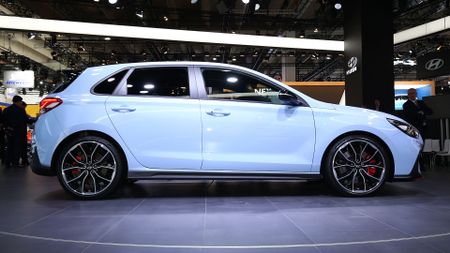 View gallery
Mercedes-AMG Project One
Got a spare £2.5 million? Then get friendly with your local Mercedes-Benz dealer, because this is the latest two-seat hypercar on the market and it could be quicker than the mighty Bugatti Chiron. The Mercedes-AMG Project One uses hybrid technology from Formula 1 to develop more than 1,000PS and hit speeds in excess of 215mph. Although Mercedes is a German firm, much of the work on the Project One was done in the UK, where the manufacturer’s Formula 1 team is based. Like the championship-winning Mercedes F1 car, the Project One is powered by a very high-revving 1.6-litre V6 petrol engine and four electric motors; one on the turbocharger, one installed on the engine itself, and two driving the front wheels.This is technically a concept car for the Frankfurt Motor Show, but it gives us a solid idea of what the production car will be like. In short, very aerodynamic, very powerful and very, very fast. 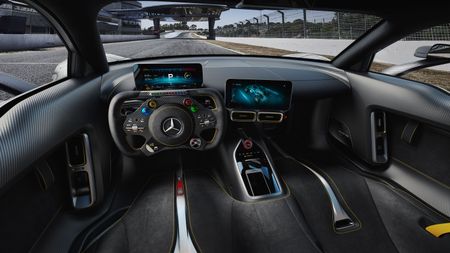 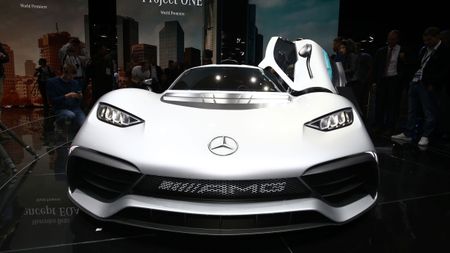 View gallery
Renault Megane RS
The covers have been pulled off one of the most eagerly anticipated new hot hatches; the new Renault Megane RS. Past versions have been some of the most exciting cars available to buy, and Renault has been teasing fans with disguised prototypes for months. Now though, we can see what it’s come up with. The car has a 280PS engine and a choice of a manual or automatic transmission. It also has four-wheel steering, which sees the rear axle help with cornering. Two versions are available to start with. The Sport version, while still a performance car, has a chassis tuned with comfort and everyday use in mind, while the Cup model focuses more on extra cornering prowess and includes a limited slip differential. It goes on sale in the spring of next year, and an even-more-hardcore Trophy version, with 300PS, will follow at the end of the 2018. 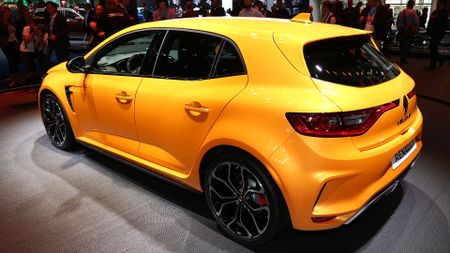 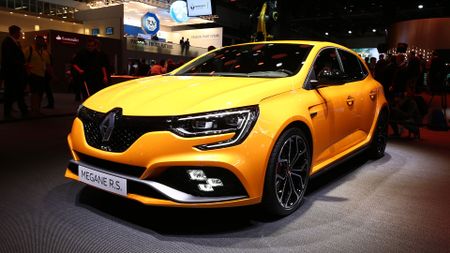 View gallery
Suzuki Swift Sport
This is the third generation of the Swift Sport, and Suzuki says that not only does it look more aggressive, it’ll be quicker and have more responsive handling than its predecessors, too. In fact, the company reckons the 140PS turbocharged 1.4-litre engine will make it as quick as genuine hot hatches. The new Sport certainly looks the part, with an exclusive front grille and bumper, side skirts and roof spoiler, as well as 17-inch alloy wheels and twin exhausts. Inside, meanwhile, the steering wheel has a flat bottom and the cabin is peppered with red highlights – on the dials, dash and doors, for example. Prices haven’t been confirmed, but we expect the Swift Sport will go on sale next summer. 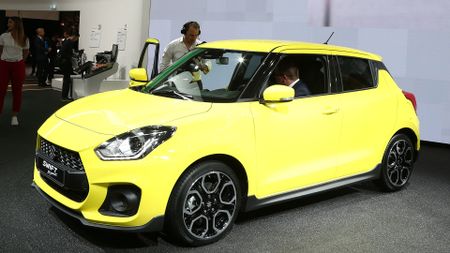 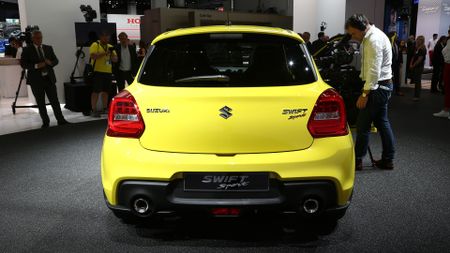 View gallery
Ferrari Portofino
Say hello to the latest 3.9-litre V8-powered Ferrari GT car. The Portofino carries on the work of the California T, packing 600PS under the bonnet and a folding hard roof in the boot. More powerful than the California, it’s also lighter thanks to extensive use of aluminium, which should improve handling, as should clever electronic suspension. The two-seater is named after a village on the Italia Riviera and will hit 0-62mph in 3.5 seconds. Top speed, should you own a private stretch of track long enough, is 199mph. Prices haven’t been confirmed, but don’t expect much change from £160,000. 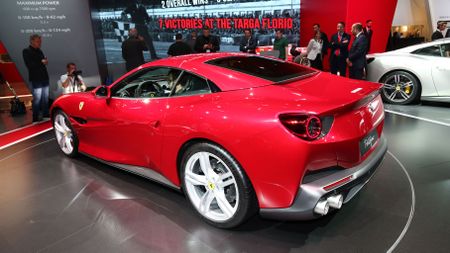 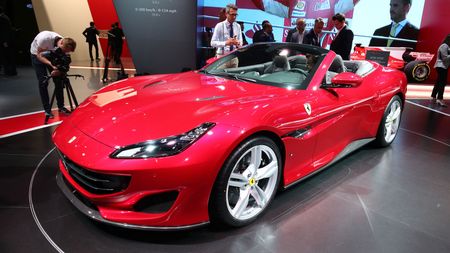 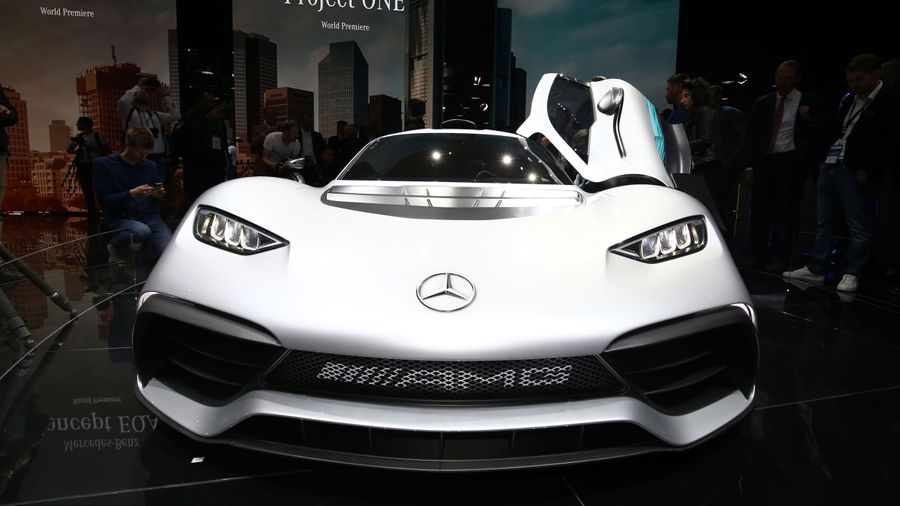