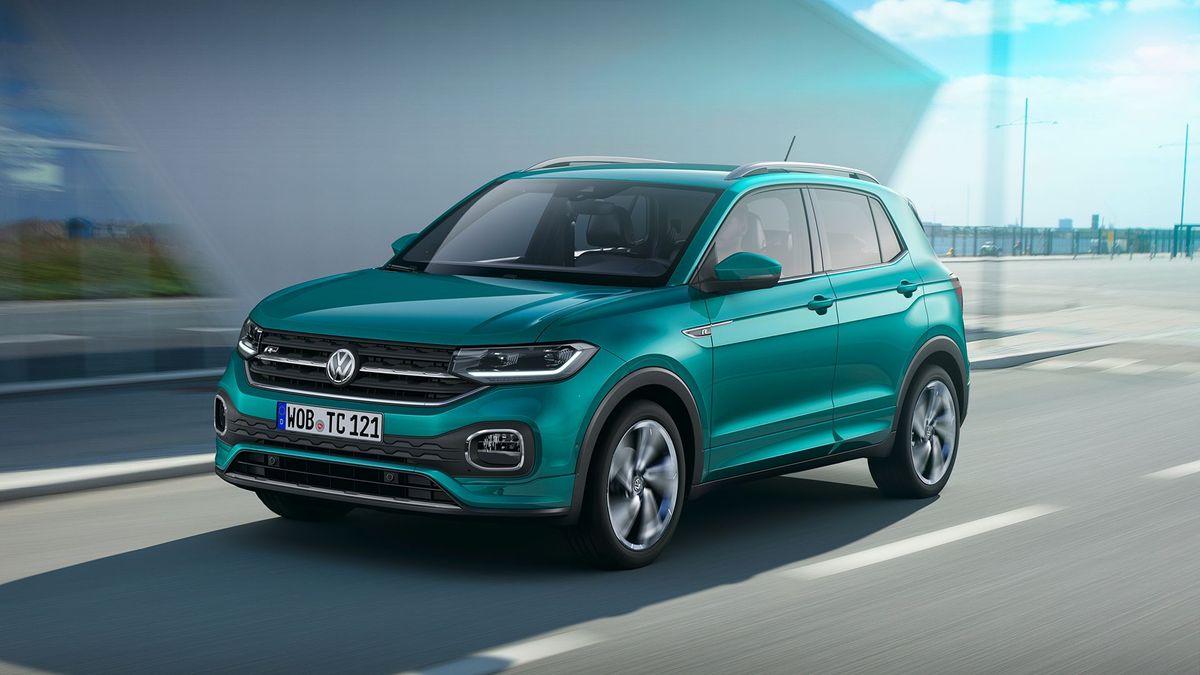 This is the first time the car has been seen in non-concept form. VW presented the T-Cross Breeze convertible SUV concept at the 2016 Geneva Motor Show. As you can see, the design has been reined in a bit since then, and there are no plans to make a convertible model.

The T-Cross is the smallest of VW’s SUVs, sitting beneath the T-Roc, Tiguan, and Touareg. It’s a little bigger than a Polo, but still smaller than the T-Roc.

VW expects big things from the T-Cross, and has said it will hopefully join the Golf and Polo in terms of sales figures. 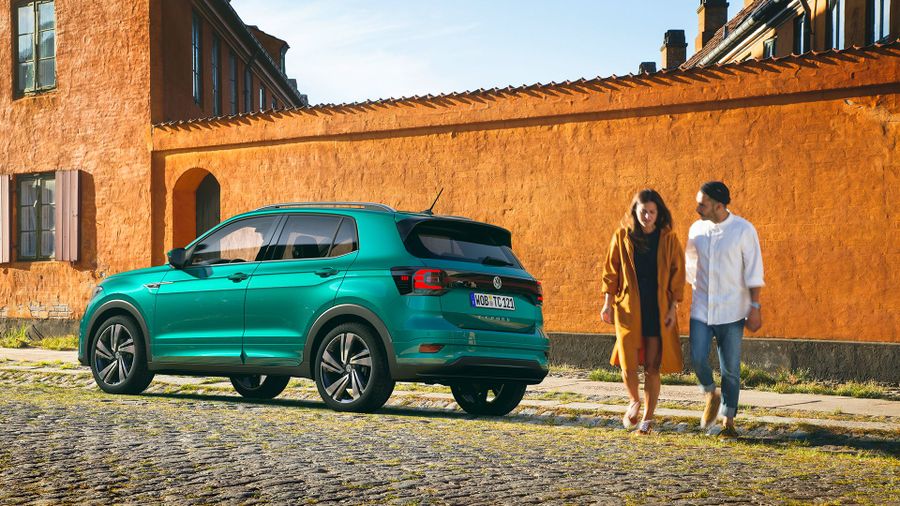 View gallery
Exterior
The design is in keeping with VW’s other SUVs, with a broad radiator grille and integrated headlights at the front. Despite the relatively small package, it’s still got chunky styling.

Buyers will be able to personalise their T-Cross with a range of bold exterior colours, contrasting roof and pillar colours, a contrasting dashpad décor, and various interior trim options. 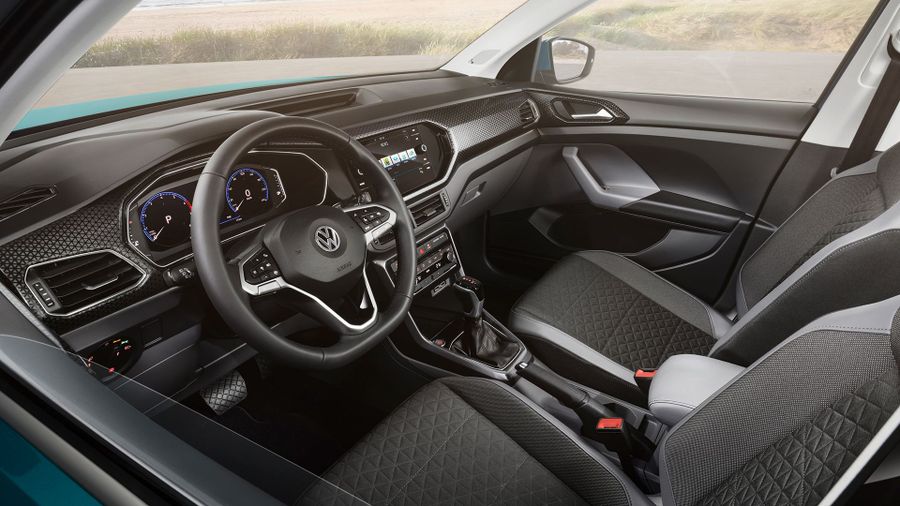 View gallery
Interior
Inside, the interior looks very much like a VW. There’s quite a mix of materials around the cabin, and if previous VWs are anything go by, it should be high quality and robust enough to survive family life. VW says the T-Cross will fit up to five adults.

You’ll be able to get a digital cockpit with an 8.0-inch touchscreen infotainment system, as well as VW’s Active Info Display. The screens are positioned so the whole set-up looks like one digital unit, which can be seen by everyone in the car, rather than making it specifically driver-focused.

There will be plenty of tech available on the options list, too, including up to four USB ports (two in the front, two in the back), a wireless smartphone charger, keyless locking and start system, and a high-beam assist system.

Boot space will be between 385 and 455 litres with the seats up, depending on the rear seat position. The rear seat bench can be slid forwards or backwards by 14cm, and the seats split 60:40. 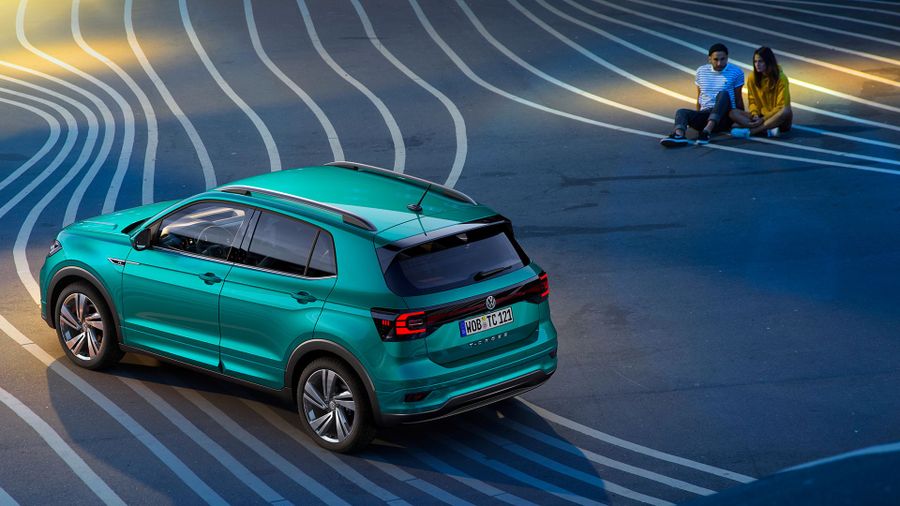 View gallery
Trims/engines/safety
The T-Cross will be available in the usual VW trims: S, SE, SEL and sportier-looking R-Line.

In the UK, all T-Cross models will be petrol-powered initially. The best-selling model is expected to be the SE 1.0-litre turbocharged petrol with 115 horsepower and a six-speed manual gearbox.

There will also be a 1.0-litre turbocharged petrol engine with 95 horsepower. Both engines will be available with a five or six-speed manual gearbox, or a seven-speed DSG automatic gearbox.

There will be a decent amount of safety kit on the T-Cross, both as standard and on the options list, including front assist with pedestrian monitoring and city emergency braking; blind spot monitor; adaptive cruise control; lane assist; rear traffic alert; and the e-call emergency alert, which notifies the emergency services in the event of an accident. 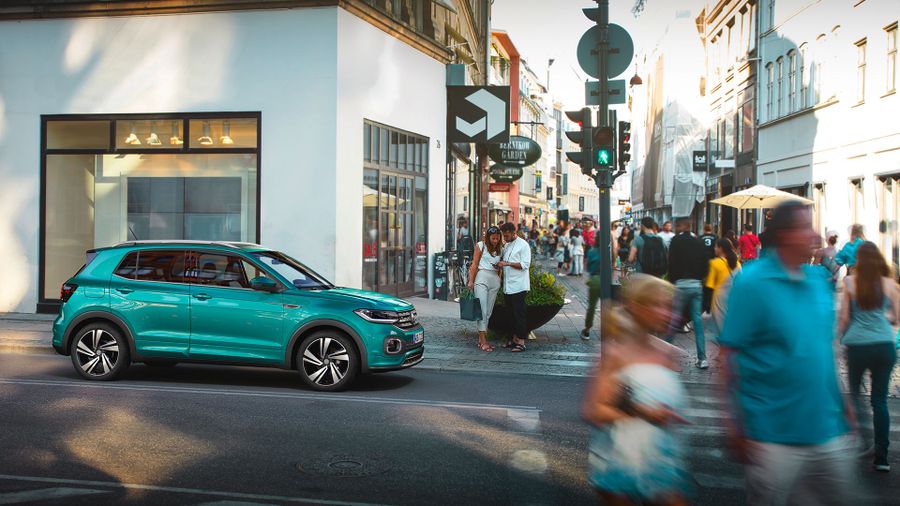 There’s no official line on price yet for the T-Cross range, but it’s expected the base model will cost around £17,000. 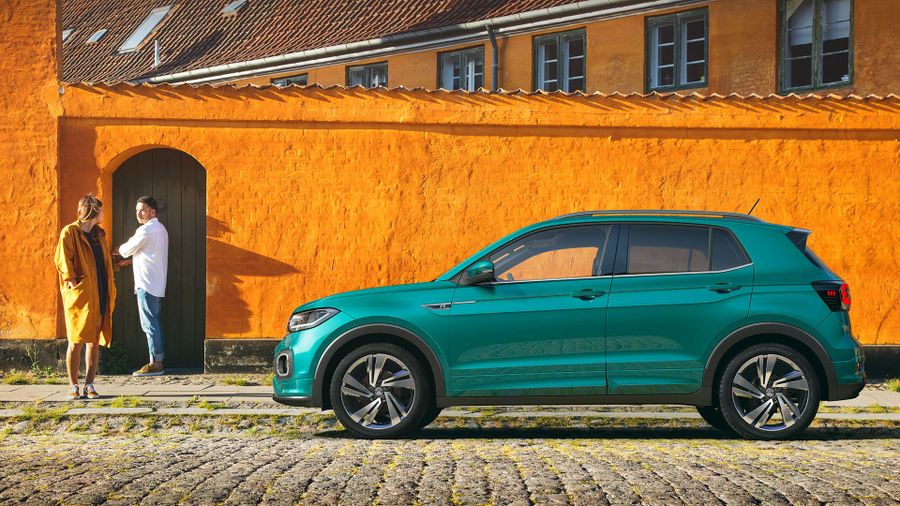 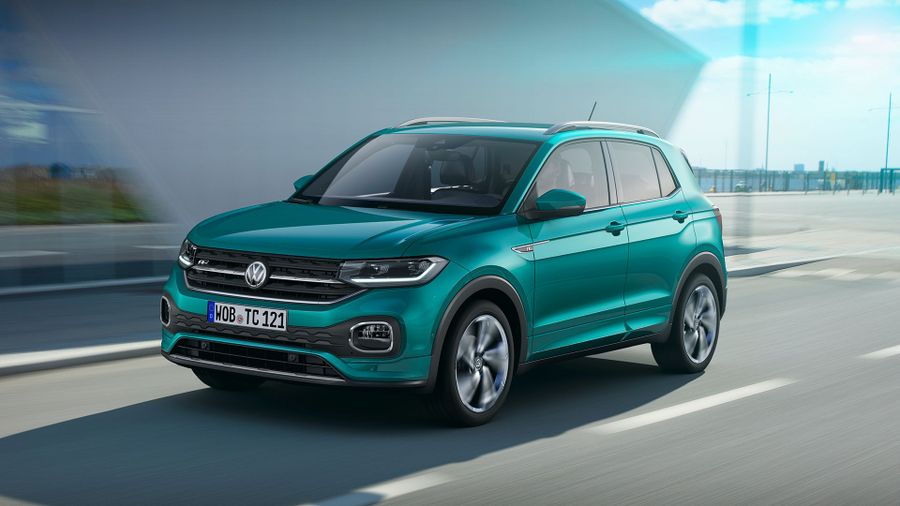