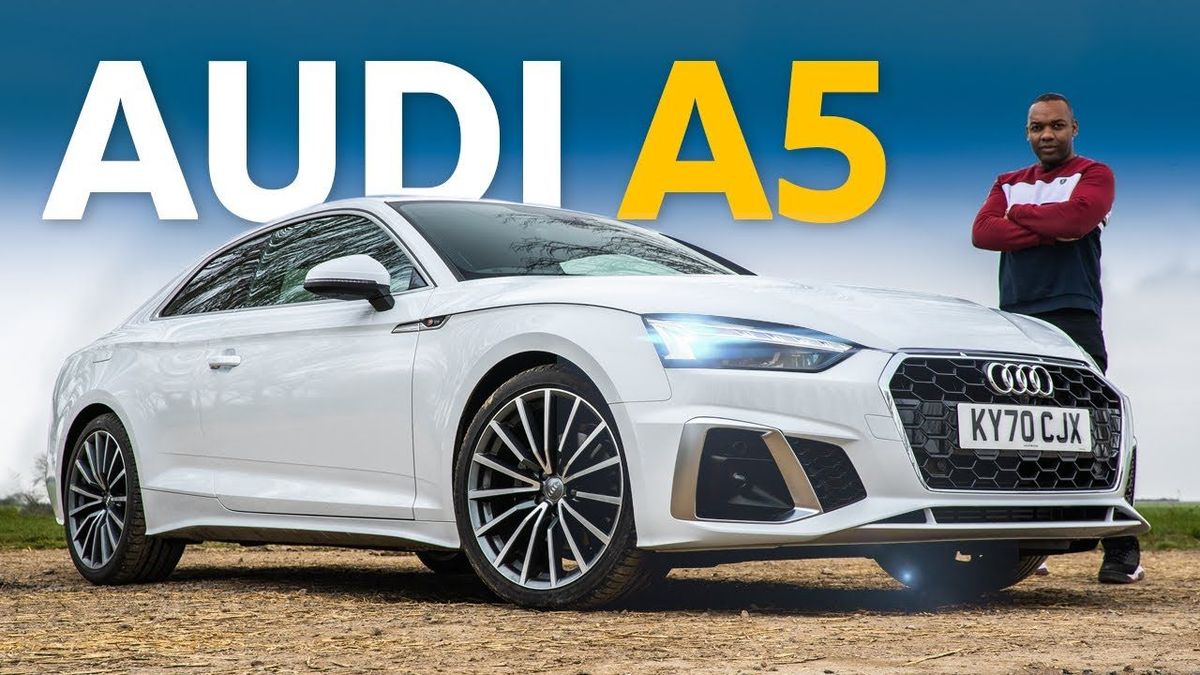 First published: 14th April 2021
Share on Facebook on Twitter
The new Audi A5 coupe is a nice looking, two-door, four-seater car that’s seemingly designed for people who want a stylish, but usable coupe.

Audi has cut back on engine and gearbox options for this, the second generation, A5 coupe. Instead, it’s focused on trim levels and tech, throwing in some design tweaks along the way.

The first thing that grabs the eye is the new Audi A5 coupe’s single frame honeycomb grille. It’s wider and narrower than the previous generation, with faux ventilation slits in the top that reference the Audi Sport Quattro from 1984.

The slits don’t do anything (they’re fake) but they look great and add to the character of the car.

Throw in some distinctive day running lights (DRLs) and some aggressive sculpted lines on the bonnet, and you’ve got a coupe that will turn heads – perhaps not as quickly as they would for a BMW 4 Series – but it’s pleasantly eye-catching.

As it’s a coupe, you get two doors and those using the back seats will have to clamber in behind the front seats. If you need four doors, maybe check out the sportback version. The new A5 coupe doesn’t offer the most spacious back seats in terms of headroom or legroom, so this may be better suited for occasional passengers.

Those back seats do fold down though, extending the storage space from the already ample 450 litre boot.

The new Audi A5 coupe offers a predictable drive. It’s not the fastest accelerator. Steering is well weighted and reasonably slow – there are no nasty surprises here.

The seats are comfortable, if a little high, though that allows you to easily place the car on the road.

The Audi A5 coupe interiors are nice: good materials used throughout, and you get a single touchscreen tablet mounted on the dashboard. There’s also a 12-inch virtual cockpit screen in front of the steering wheel, which includes Google Maps so you can see where you’re headed in a clear and well-sized image.

The gearbox is a dual-clutch S-Tronic unit, which is pretty responsive. Paddles behind the steering wheel allow you to manually select gears, though if you leave it in automatic mode it’ll do the job for you just fine. Power on most versions is sent to the front wheels, though a quattro all-wheel-drive option is available.

You’ll get to choose between four trim levels: 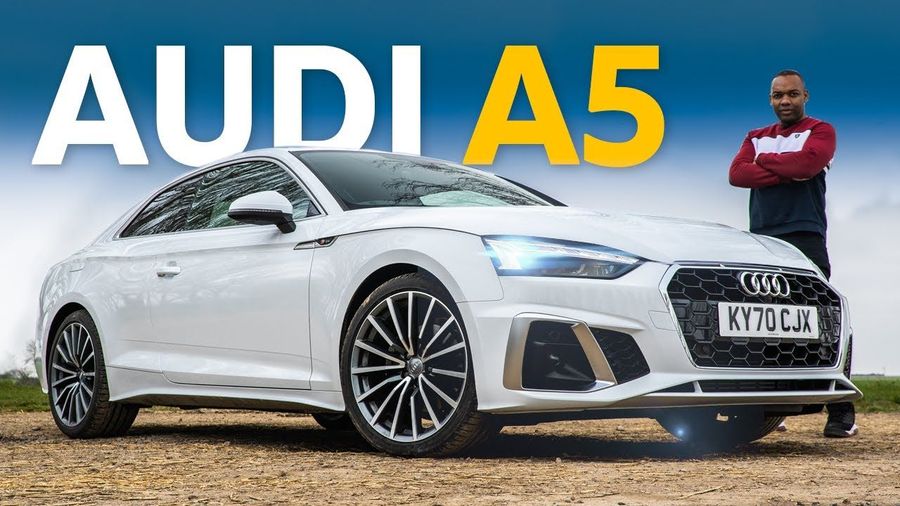