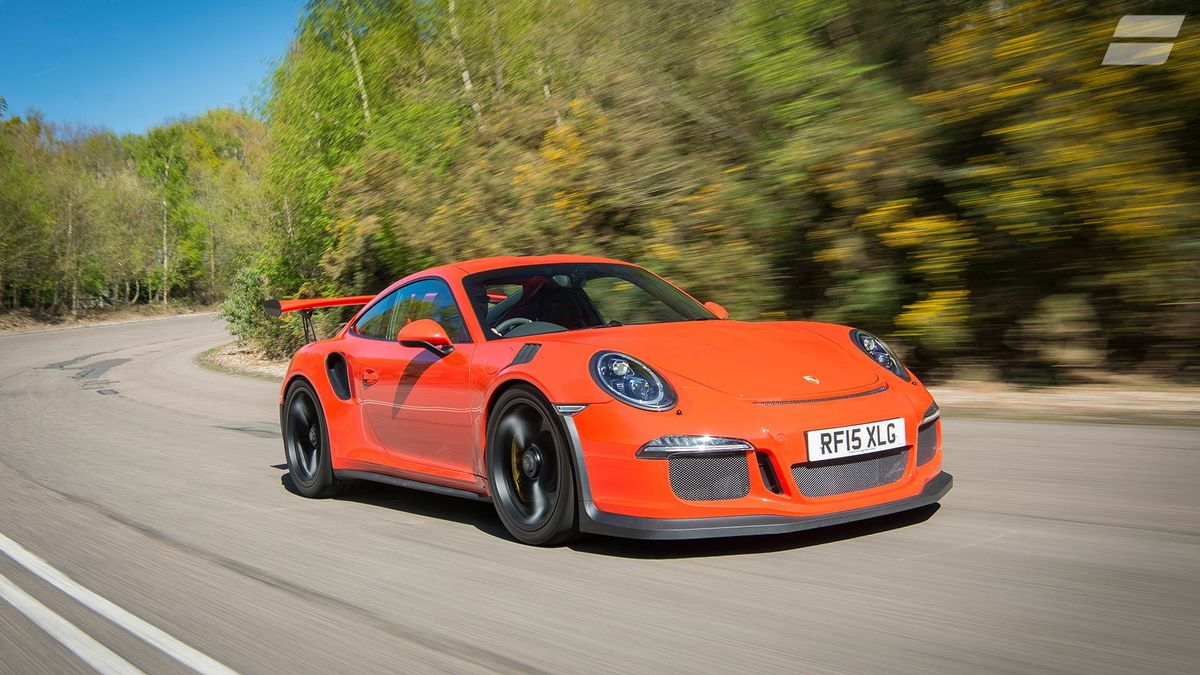 First published: 11th May 2016
Share on Facebook on Twitter
Auto Trader Verdict:
Now the hype has gone, it would be easy to write off the GT3 RS as a collector’s toy. Yet, even at the inflated prices it now commands, this is a very special supercar indeed. It’s not the fastest, or most powerful, but its immediacy, track-focus and raw mechanical character make it truly unforgettable on the right road.
Need to know:
What is it?
The most uncompromising ‘GT’ version of any 911 ever made. It is likely that this 991 version of the GT3 RS will be judged alongside not just its modern peers from McLaren and Ferrari, but measured against the very finest cars from the brand’s long, illustrious past.

Why is the weight of expectation so great? Well, its predecessors, including the 997 RS 4.0, are some of the most prized and revered cars ever to roll out of Porsche Central, and aside from the controversial choice to remove the option of a manual gearbox, it promises to be even more exciting and extreme to drive than the brilliant 991 GT3.

The technical highlights that elevate the RS to another level have all been forged in the crucible of motorsport at the highest level. It has a monster, fixed rear wing and low front-splitter to provide huge downforce at both ends, a magnesium roof panel, titanium exhaust system, carbon fibre-reinforced body panels, and a bespoke crankshaft designed to cope with the engine's enlarged 4.0-litre capacity.

Huge intakes on each swollen arch feed cool air into the naturally aspirated flat-six, and the wide rear track means that the GT3 RS also has the fattest rear tyres ever fitted to a 911 – a set of sticky, extreme Michelin Pilot Sport Cup 2s with vital statistics of 325/30/R21. Blimey. 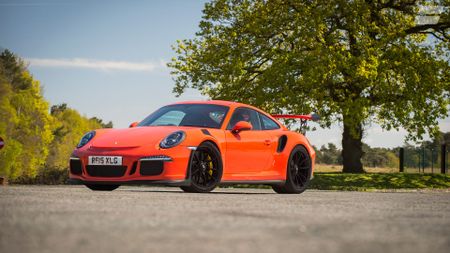 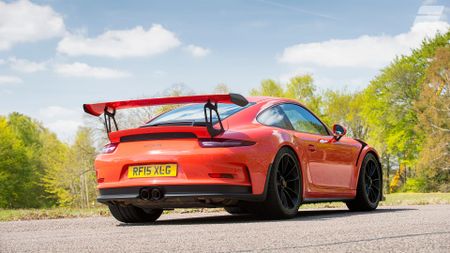 View gallery
What's it like?
Mind-bendingly good. A truly extraordinary track car that remains useable on the road and which exhilarates like no other can. This car’s greatness is beyond any doubt, its status as a future classic assured; yet, there are two questions left to answer on the GT3 RS.

There’s no denying that, when it first went on sale for £131,296, it was almost a bargain, but demand has been so great that used examples are changing hands for more than double that.

So the question is, does it still feel worth it? Revisiting this car also gives us a tantalising glimpse of what is to come from the manual, road-oriented 911 R, which gets the same, brilliant 4.0-litre engine.

Some people might try to tell you that the GT3 RS is ‘just a 911’, but this car bristles with visual cues that will get the pulse of any aficionado racing. For example, it sits so low to the ground that there’s barely room to squeeze a finger between the fat arches and the tyres. 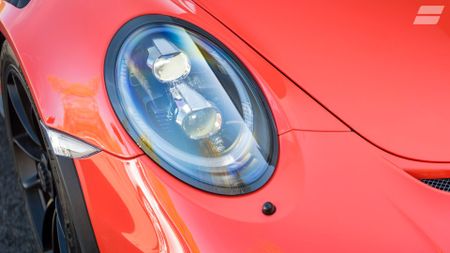 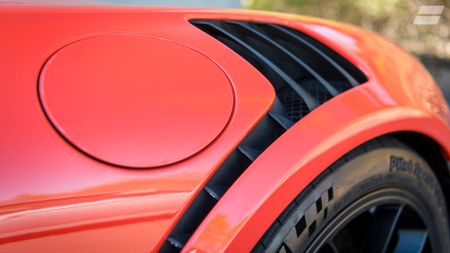 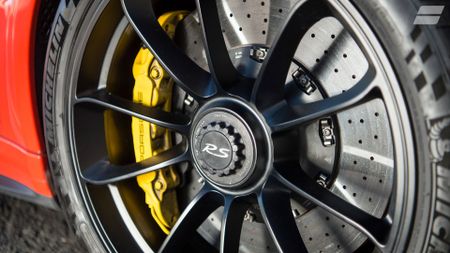 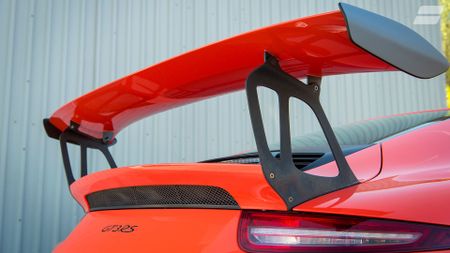 View gallery
Trace a line from the ultra-low nose (which is a nightmare over speed bumps) through huge vents behind the front wheels and back over the engine deck to the vast wing, and the RS looks like a missile – something built with the sole purpose of carving the air.

Nestle into the beautifully-finished carbon fibre bucket seats (taken from the 918 Spyder), tuck away any loose items you might have in-between the thick metal scaffolding where the rear seats used to be, turn the key and you’re met with a chuntering, angry growl.

A small symbol on the TFT screen which sits next to the speedo in the iconic five-pod dials warns you that the engine is still cold, so you have to take it slow as the oils inside ease and start to warm up. 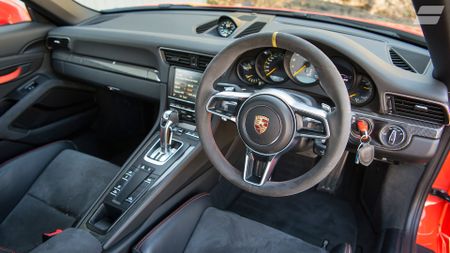 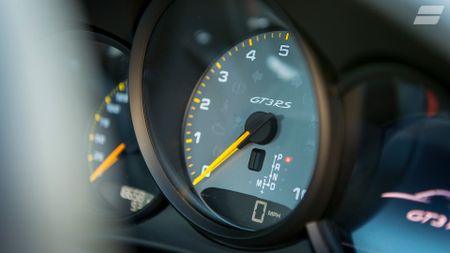 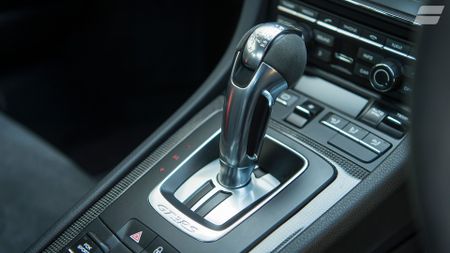 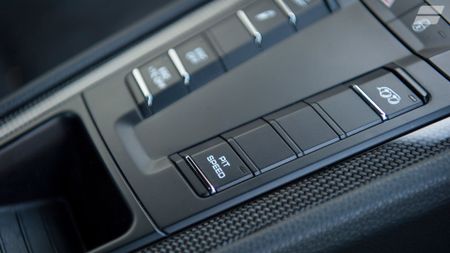 View gallery
With so much of the sound-deadening taken out, you can hear individual pistons firing, and by stripping out this weight, Porsche has removed the layers that normally separate you from the road. The exhaust note builds and builds, making the car sound like it's a living thing, embarrassing every turbocharged rival it passes for sheer drama.

Surprisingly, the ride is actually not as bone-breaking as we feared, and in their normal setting, the dampers (and those brilliant seats) do a decent job of giving you detailed information about the surface of the Tarmac without trying to bounce and throw you off it.

The car uses the trick four-wheel steering system from the GT3, so the rear wheels turn with the fronts in fast corners to help you turn in quicker, or against them to shorten the wheelbase, which has the added benefit of giving this racer the turning circle of a city car. 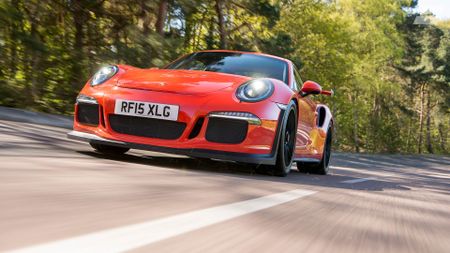 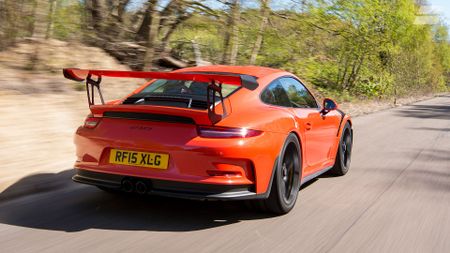 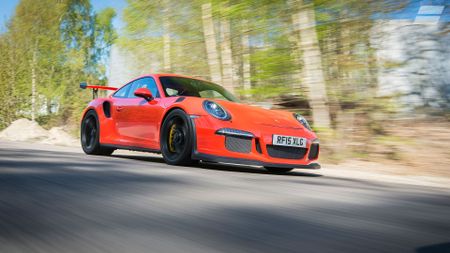 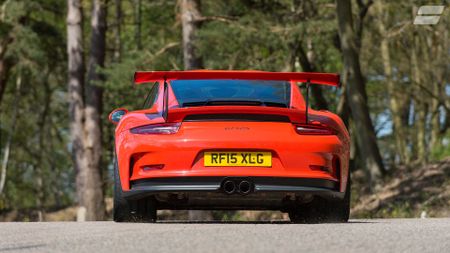 View gallery
Once everything is up to temperature, the driving experience is nothing short of intoxicating, an addictive experience that will have you hunting for that 8,800rpm redline on every single straight.

The throttle response is razor-sharp, the car knifes into corners with total precision, and the lateral grip through the exit is phenomenal (at least in the dry). The steering is also the best electrically-assisted steering system we have tried in any modern 911, and full of feedback.

Of course, the only problem with its stunning dynamic ability and track-focus, is that driving the GT3 RS on winding roads quickly becomes a masochistic exercise in self-control. It takes a very steady driver to keep this car clipping along at sane speeds, as the naturally-aspirated engine urges you to go ever faster, the gearbox rifles through its seven ratios with no let-up in speed, and the tyres appear to have limitless grip. Staying below three figures is tricky.

That's a shame, because on track you realise the GT3 RS is adjustable, allowing you to play with your approach angle to a corner on the brakes or with the throttle, while remaining forgiving enough not to spit an inexperienced driver into a hedgerow.

You also come to accept the compromises that come with such a purity of dynamic focus: this car dislikes being driven slowly in traffic and on wet roads; and, on the motorway, the roar of the tyres booms around the stripped-back cabin. Still, the test car we drove had done nearly 20,000 miles of very hard driving, and the mechanicals all felt as tight and honed as they were when it left the factory. 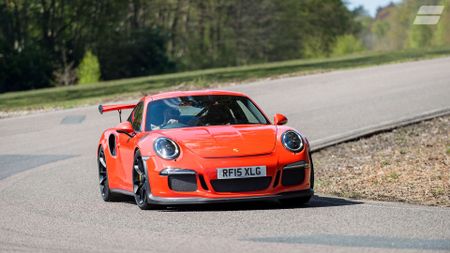 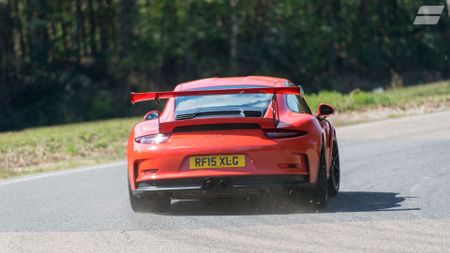 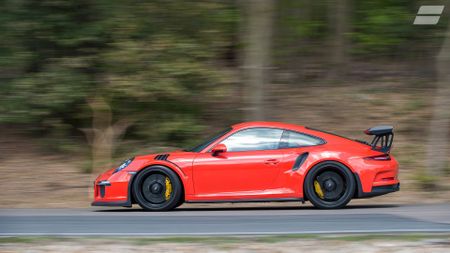 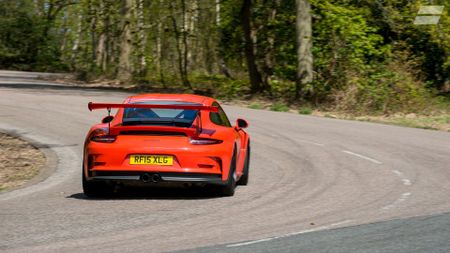 View gallery
Should I get one?
If you are considering purchasing one of the 2,000 RS models that Porsche built, then you’re likely to be on excellent terms with your bank manager – but the question remains, is it really worth £300k?

We’d have to say yes. Even ignoring the potential for this car’s value to sky rocket even further in years to come, the scintillating driving experience is something to really be savored. Few, if any, other supercars give you such a direct link to the world of racing and motorsport, and the fact that it remains so usable on the road while feeling so special on a circuit is a remarkable balancing act.

The mouth-watering prospect of stirring this engine with a manual gearbox (in the 911 R) will be enough to keep some buyers away, and Porsche is already working on the facelift; but, for now, this is as good as a 911 gets. No-one who buys one will ever regret it.
Key facts:
Also consider:
Nissan GT-R Nismo
Heavier and less nimble than the Porsche, but brutally fast

Audi R8 V10 Plus
Another brilliant naturally-aspirated supercar, with over 600bhp

McLaren 570S
Involving and with a fantastic cabin, if not quite as raw as the RS 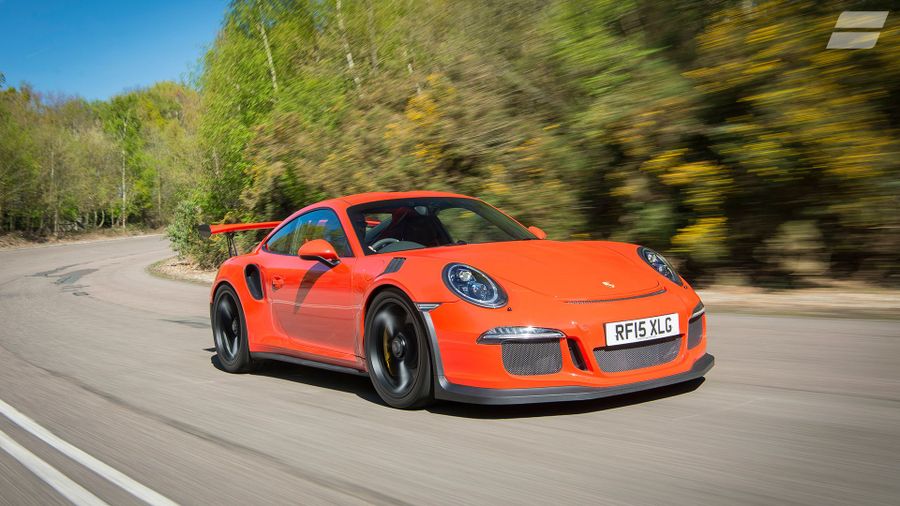