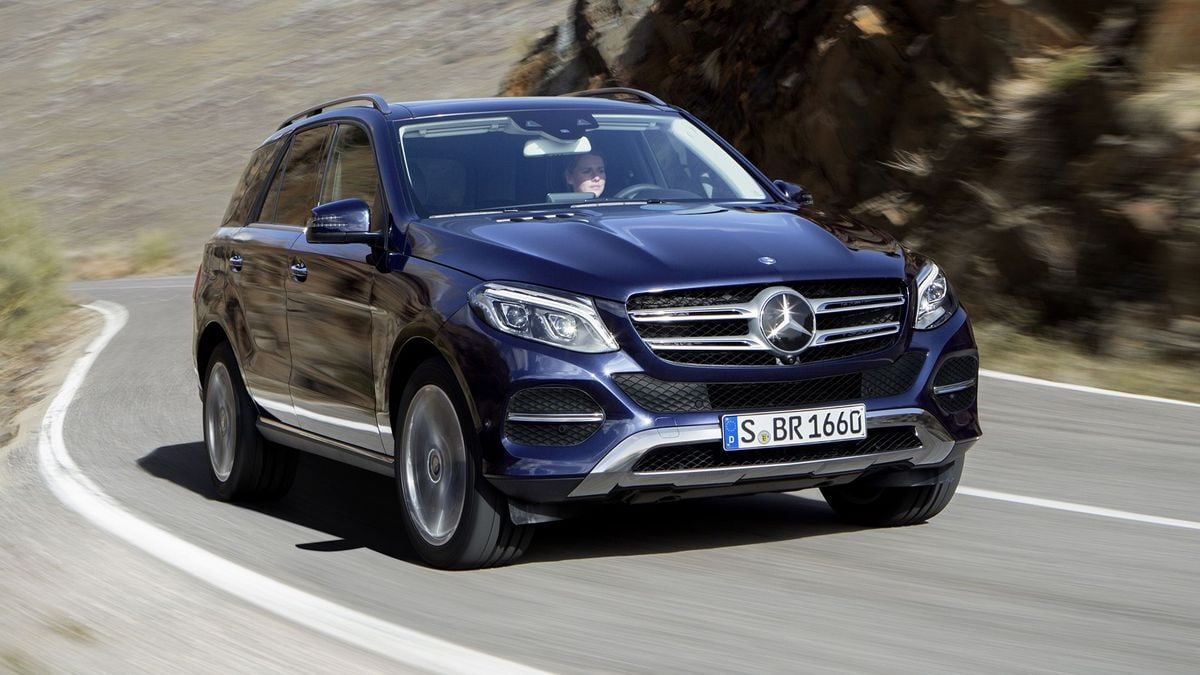 View gallery
First published: 24th June 2015
Share on Facebook on Twitter
Auto Trader verdict:
Small improvements have helped to keep the Mercedes GLE’s head above water in the Large SUV class. It’s a good option if you prefer a 4x4 that's built for comfort rather than speed, but most rivals offer a better driving experience and room for seven. 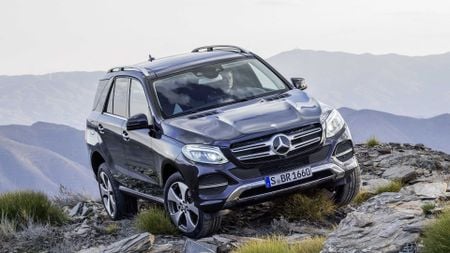 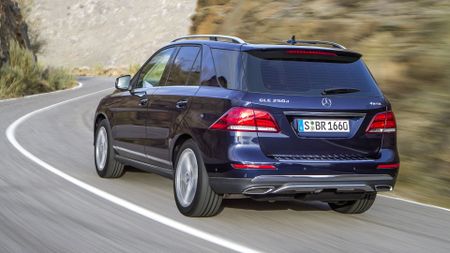 View gallery
Need to know:
What is it?
It’s not Mercedes’ biggest SUV (that honour goes to the gargantuan seven-seat GLS), but GLE is the new name for what was the M-Class, one of the firm’s best-selling models. Most of the engines have been carried over, but have been fettled to reduce their emissions, with this 350d now complying with the latest EU regulations.

The GLE shares much of its styling with the new GLE Coupe, which means it’s a fairly aggressive-looking thing. There's a huge grille and badge up front, with large air intakes beneath, massive door mirrors, roof bars, LED lights front and rear, and twin tailpipes integrated into the rear bumper. Inside, the revised cabin features a new centre console with an 8.0-inch tablet-style central display and more safety kit, as seen on other Mercedes.

The outgoing M-Class was introduced only three years ago, and these premature revisions show just how worried Merc is about the opposition - namely the BMW X5, Porsche Cayenne and Range Rover Sport. Has enough been done to keep the GLE’s head above water? 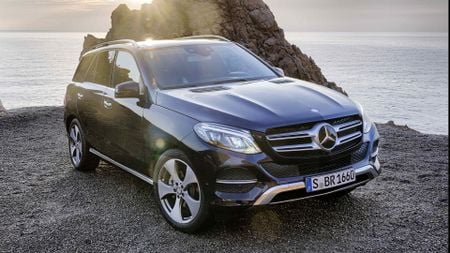 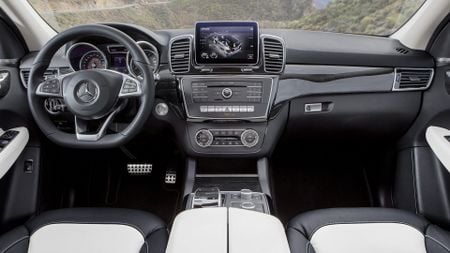 View gallery
What's it like?
Other than reworked engines, the GLE is more or less unchanged mechanically. Now, that may sound dodgy on Merc’s part, in light of the accomplished opposition, but the thing is that, apart from looking a little dowdy, the M-Class wasn’t exactly a bad SUV.

Our test car, the GLE 350d, gets the more powerful of the two diesel engines. It closely matches the BMW X5 xDrive30d on power and performance, but that X5 is considerably cheaper to buy. So, its true rival is the xDrive40d M Sport, which is more than a second quicker to 62mph.

Fortunately, the 350d counters with a bigger slug of torque, which is of more importance in a big SUV that can haul a 3500kg braked trailer and is likely to spend some of its life towing horseboxes and maybe the odd caravan.

Peak torque is developed at a very low 1,600rpm, and the GLE builds speed quickly and smoothly. In-gear acceleration could be better, though, which means you need to plan overtaking manoeuvres.

The engine is paired with a new nine-speed automatic gearbox (there’s no manual option). It slushes through the gears almost imperceptibly and keeps the revs very low (1,500rpm) when you’re cruising at motorway speeds: you’ll hear more wind and tyre roar than engine noise, although the cabin is largely hushed.

The GLE 350d comes with Airmatic air suspension as standard but differs from most rivals on twisty roads. The X5 and Porsche Cayenne are set up for a more sporting drive but, in Comfort mode, the Merc tends to roll a little more in bends, while the steering doesn't do a great job of telling you what the front wheels are doing. Switch the adaptive dampers to Sport mode and the 350d does a better job of keeping body roll in check. True, the ride quality is a little stiffer, but the suspension does a good job of keeping you isolated from all but the worst road surfaces.

As with most modern SUVs, the GLE will seldom be taken off road, but it’s nice to know that it has the hardware to get you out of a pickle. The Off Road package (from £1,985) gives the Merc convincing mud-plugging ability, as long as you fit off-road tyres.

The spruced-up interior is much nicer than before, with smarter materials and great build quality. However, as in other Mercs, the touchscreen doesn’t look fully integrated - more like a dash-mounted iPad; its graphics aren’t as well defined as rivals’; and, there are also still a few too many buttons on the centre console for our liking.

To cap it all, there’s plenty of room for five occupants to stretch out in comfort and the boot is huge. You can’t specify an extra pair of seats, as you can in some rivals, but considering the minuscule legroom they tend to offer, we don’t think you’ll mind. 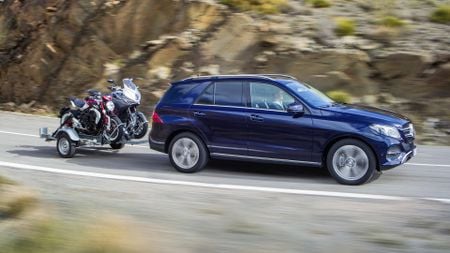 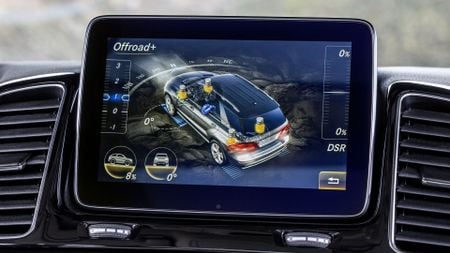 View gallery
Should I get one?
If you prioritise comfort and refinement over sportiness and never need to carry more than five occupants, then yes, the GLE is definitely worth considering. True, the engines don’t lead the class on performance and economy, but they’re better than before and refinement is top notch.

The GLE is also much more stylish than the M-Class, inside and out. However, at the same time, prices have risen - by several grand in the case of the 350d - and that means it’s pricier than the equivalent BWW X5 and Porsche Cayenne, although the latter isn’t very well equipped.
Key facts:
Also consider:
BMW X5
Good to drive, with economical engines 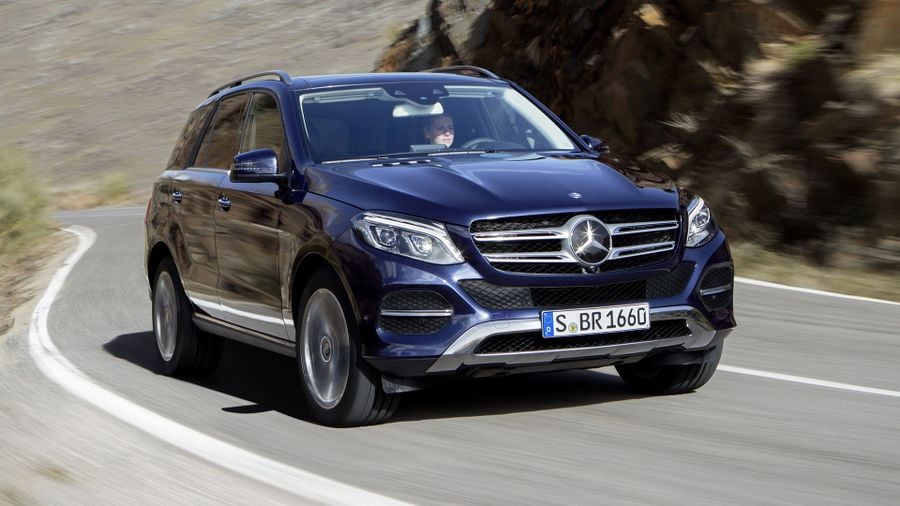