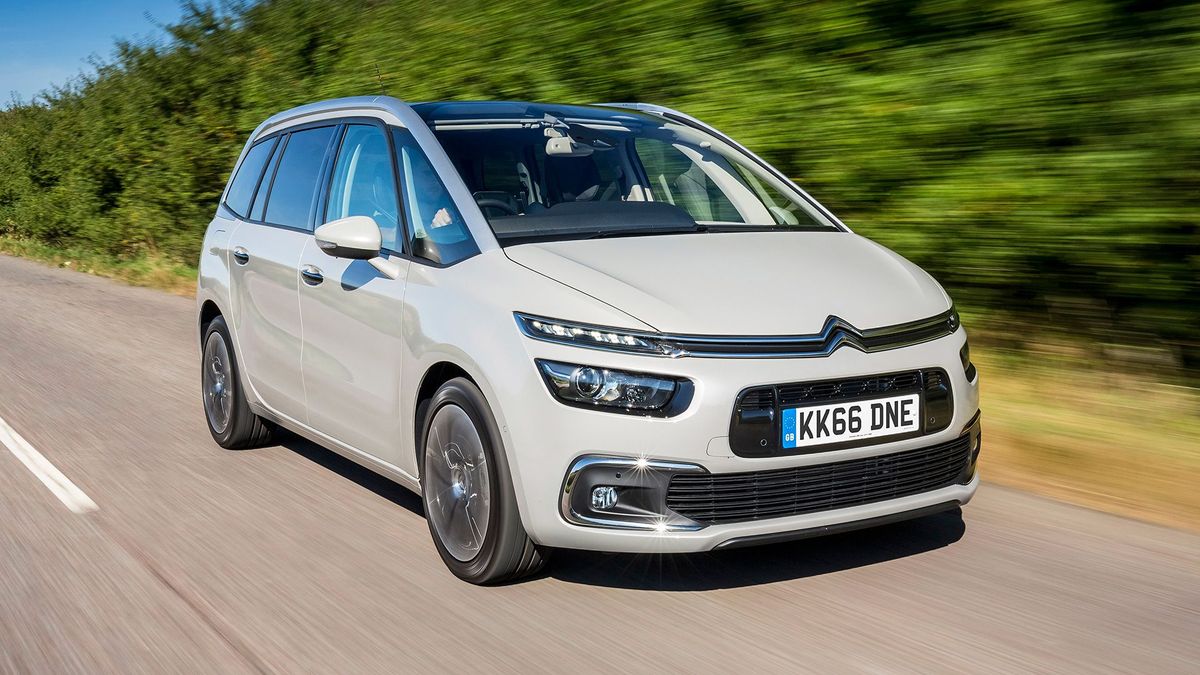 View gallery
First published: 8th September 2016
Share on Facebook on Twitter
Auto Trader verdict:
The C4 Grand Picasso was already one of the very best MPVs, and these changes have only served to cement that position. Sharper-looking and better equipped, but still as practical and good to drive as ever, it should be on the shortlist of anyone looking to buy a seven-seat MPV.
Need to know:
What is it?
This is the mid-life revision for Citroen’s largest MPV, with the same changes also being applied to its smaller brother, the five-seat C4 Picasso. Unlike some facelifts, which involve little more than a remoulded light here and there, the changes to the Citroen are rather more substantial. The front end now shows off a decidedly Citroen look, with new surrounds for the lights, as well as 3D-effect rear lights.

At the same time, the company has increased the possibilities for buyers to personalise their cars, as well as introducing new interior colour ‘schemes’ on all but the entry-level models. There are also some new engines and gearboxes, as well as some new safety features. Last but not least, Citroen has also upgraded the car’s infotainment and connectivity, with a new touch-screen, TomTom mapping and compatibility with both Apple CarPlay and Android Auto for better smartphone integration.

For our first experience of the new model, we’re trying the top-of-the-range version, the BlueHDi 150 with the optional six-speed automatic gearbox, which costs £29,360. 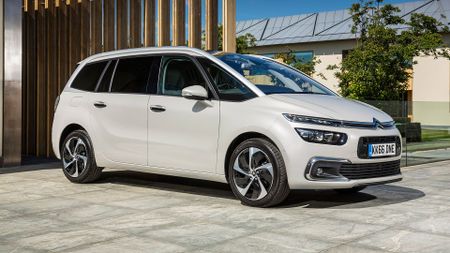 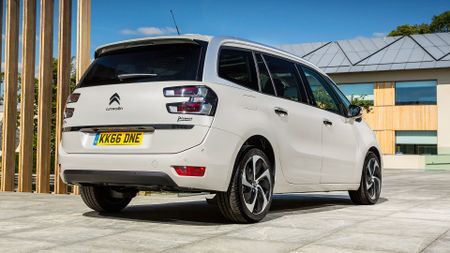 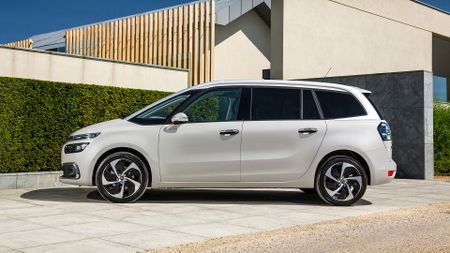 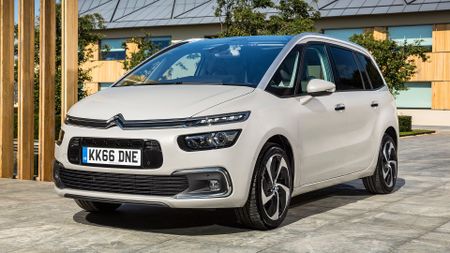 View gallery
What’s it like?
The rather flippant answer is that the new Grand C4 Picasso is very much like the old Grand C4 Picasso – which is because, in terms of how it drives and how practical it is, nothing has changed.

That said, the new Picasso certainly looks like a very different beast from the outside. That new front end and the various colour combinations make the car very distinctive among rivals, which many buyers are only too happy to dismiss as vans with windows.

Inside, it’s true that nothing much has changed in terms of the way everything is laid out, but the various colour schemes do lift the perceived quality of what’s on show. The high-set driving position is comfortable, and not only does the up-and-over windscreen give a great view of the road ahead, it helps to make the cabin bright and airy for everyone inside.
It takes a little while to get used to looking at, and controlling the information on, the centrally mounted 12.3-inch screen that is standard on all but the most basic models. Not only does the new touch-screen demand some very accurate prodding, it’s occasionally a little slow to react. But, in just a short time, you’ll have no problem finding your way around the cabin and using all its features.

As before, the Grand C4 Picasso is one of the most practical seven-seat MPVs. Not only will it take seven on-board – well, as long as you only want to put kids in the third row of seats – you very quickly learn the knack of how to swap between the various seating permutations. The boot is a generous size with the car set up in two- or five-seat mode, and even with all seven seats upright, there’s enough room for two or three bags of shopping behind.

Likewise, nothing has changed in terms of the way the car drives – but that’s not a problem as far as we’re concerned. The BlueHDi 150 engine gives what is quite a big car a very decent turn of speed, and our only disappointment comes with the automatic gearbox, which can be a little sluggish to respond, particularly when pulling away and when you want it to kick down.

This engine works more effectively with the manual gearbox, and we think it’s a better engine than the petrol options, because of the extra pulling power at low revs. This makes the diesel engine more responsive, and easier to live with as a result.

Around town, despite it being quite a big car, the Grand Picasso is easy to manoeuvre, thanks to its light steering. That does mean there’s not much feedback when you’re on the open road, but in a car like this, that’s a compromise we’re very happy with.

For an MPV, the Grand Picasso does all the important things right: it’s refined at speed, rides comfortably, and despite the soft suspension, controls the movements of its body well. If you want a sportier drive, then maybe consider a Ford S-Max, but if comfort is your number one priority, you can’t do much better than this big Citroen. 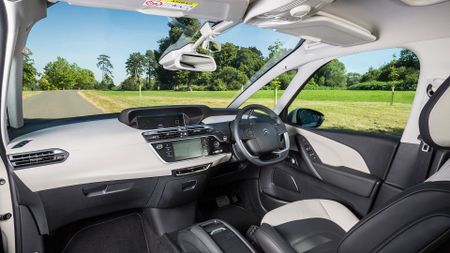 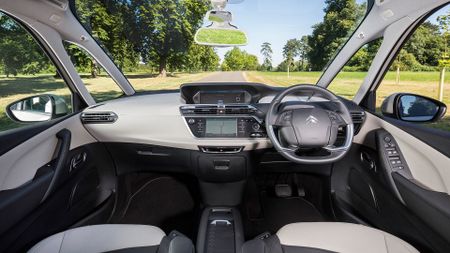 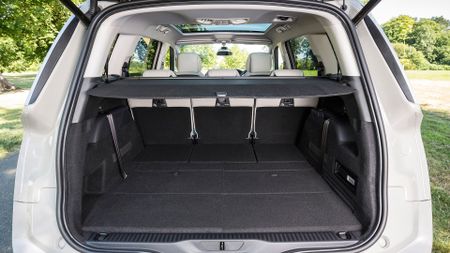 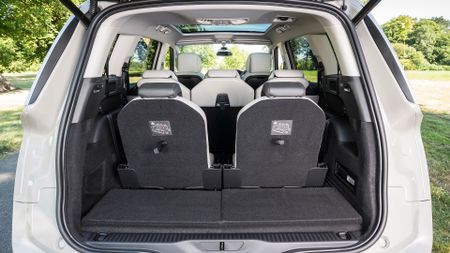 View gallery
Should I buy one?
If you’re in the market for a seven-seat MPV, then yes, you should certainly consider buying one. The changes to the Grand C4 Picasso only make it more attractive to buyers. Admittedly, it’s not the biggest seven-seater – if you want that, just head to a Seat showroom and ask for an Alhambra – but in every other respect, the Grand C4 Picasso is one of the very best seven-seat MPVs.
Key facts:
Also consider:
Ford S-Max
Combines a spacious, practical and versatile cabin with a genuinely entertaining driving experience

Seat Alhambra
When you’ve got a bunch of people and stuff to carry, there’s no substitute for size – and that’s why the Alhambra is one of the finest MPVs

BMW 2 Series Gran Tourer
There are more practical MPVs, and there are cheaper MPVs, but this could well be the most desirable 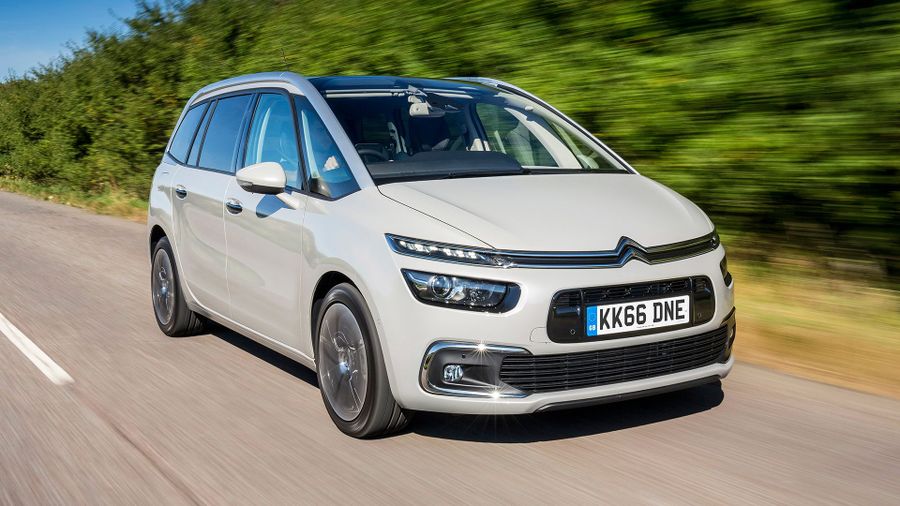