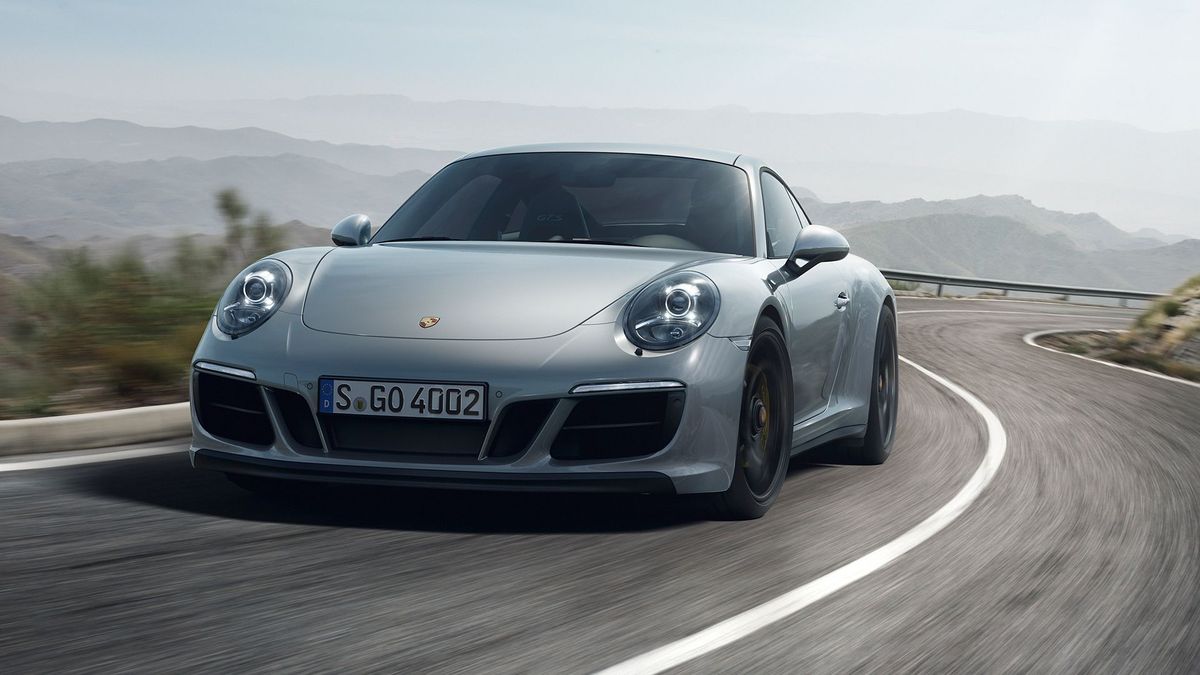 First published: 2nd February 2017
Share on Facebook on Twitter
Auto Trader verdict:
The Porsche 911 GTS is much like a Carrera S, but with the dial turned up to 11. The result is a beautifully rounded car that still offers scintillating speed, handling and involvement, but is also capable of being an everyday around-town car as well. Sure, it doesn’t have the sledgehammer speed of the GT or Turbo models, but it doesn’t command the considerable extra expense, either.
Need to know:
What is it?
Yet another addition to the 911 range which, in fairness, already offers a fairly dizzy variety of editions. Put simply, the GTS sits above the Carrera and Carrera S models in terms of power, but without going as far as the hardcore GT models, or the bonkers-fast Turbos.

The GTS is available in both Coupe and Cabriolet bodystyles, and with a choice of rear- and all-wheel drive. You can also have the GTS in Targa form, but with four-wheel drive only. Here, we’ll concentrate on the rear-drive Coupe.

Under the bonnet, two new turbochargers have been applied to the 3.0-litre, flat-six ‘boxer’ engine, hiking power to 444bhp, compared to the 414bhp in the Carrera S. Maximum torque rises from 369 to 406lb ft. All cars have a seven-speed manual gearbox as standard, but most buyers will opt for the seven-speed dual-clutch PDK transmission that our test car had.

Visually, every GTS model uses Porsche’s wider all-wheel drive 911 chassis, even on the two-wheel drive models. This gives a more aggressive look, and also accommodates wheels that are an inch wider than on the Carrera S. Those wheels are clad in new Pirelli P Zero Corsa tyres, developed especially for the GTS.

You might also notice revised designs for the front bumper and rear spoiler, while the rear lights have a darker tint, and there are black elements dotted around the car, from the air intakes to the twin tailpipes.

Inside, the GTS shares much in common with the rest of the 911 range, so you’ll find the traditional five-dial instrument panel and low-slung seating position, along with a centre console that’s covered with a confusing array of small, fiddly buttons. GTS-specific touches include Alcantara upholstery on the seats, brushed aluminium trim with a black anodised finish, and a GTS logo embossed onto the door sills. 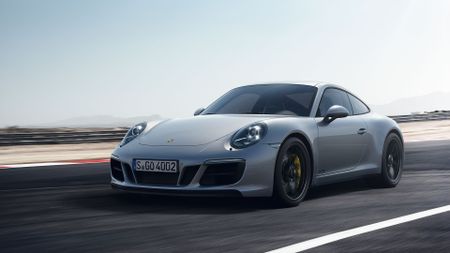 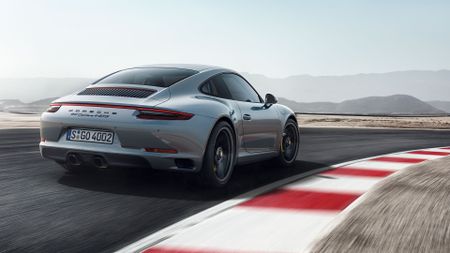 View gallery
What's it like?
Absolutely great. It does everything the Carrera S can do, only a little better.

Predictably, it’s hugely quick off the line – 0-62mph is dispatched in 3.6 seconds – but it’s the delivery that marks the GTS out. It’s a pure, linear presentation of power, free from lumps or bumps and hardly interrupted by the quick and smooth transmission. The sports exhaust is let fully loose in Sport and Sport+ mode, which means a glorious, hard-edged wail under full acceleration (something that’s even more aurally impressive with the roof down in the Cabriolet and Targa cars).

Those new Pirellis give frankly staggering levels of grip, and with the GTS’ broader rear track, combined with the rear-mounted engine placing extra weight on the rear axle, you can get on the gas really early out of corners. The suspension keeps the body dead-level, the steering is responsive and perfectly weighted, and the result is a car that’s as enjoyable as it is capable.

A neat feature, included as standard, is compatibility with Porsche’s Track Precision app. Once loaded onto an Apple or Android smartphone, this syncs with the car’s telemetry and records data such as speed, steering inputs, braking and acceleration on more than 100 pre-loaded race tracks around the world. If you mount your phone in the windscreen and shoot video of your laps, the data can be overlaid in graphical form over the footage. If you plan to take your GTS on track – and Porsche says many owners do – it adds a new level of interaction and analysis to hone your driving technique. 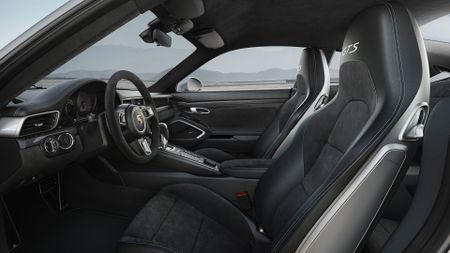 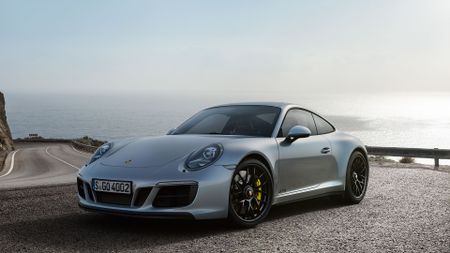 View gallery
The real beauty of the GTS is that while it’s scalpel sharp, it’s also entirely usable every day. Turn the dial to Normal mode, rather than Sport or Sport+, and the adaptive suspension softens off to take the sting out of rough road surfaces more effectively, keeping life surprisingly civilised. The automatic gearbox is also a big plus when you’re commuting or cruising, as are the high-quality interior, snug seats and a good infotainment system.

An Individual setting lets you configure your preferred set-up by taking elements from the different modes. For example, you could have the steering and throttle sensitivities set to max, while keeping the exhaust quiet and the suspension at its comfiest setting.

Luggage space under the bonnet is minimal at 125 litres, but fold down the rear seats and an extra 260-litres of space opens up. We’d recommend this, as the rear seats are too small for anyone larger than a toddler. This makes the 911 more practical than Audi’s mid-engined R8 with its tiny 112-litre cubbyhole, but less so than Jaguar’s front-engined F-Type, which gets a proper 310-litre boot.
Should I get one?
The 911 GTS is one of the very best sports cars available today. If you want a practical 911 for everyday use, but also want the most involving drive possible when you’re out on the open road, the GTS range is a real sweet spot in the range. The standard Carrera S is an excellent machine, but the GTS cars further refine the experience for minimal extra expense, providing more speed, more engagement and more enjoyment. There’s also an extra cachet to the GTS badge, which for some will be reason enough to choose it.
Key facts:
Also consider:
Audi R8
Monstrous power and supercar looks, but less practical.

Jaguar F-Type R
Great to drive and look at, but not as polished inside.

Mercedes-Benz AMG GT
Fast and gorgeous, but not as involving to drive. 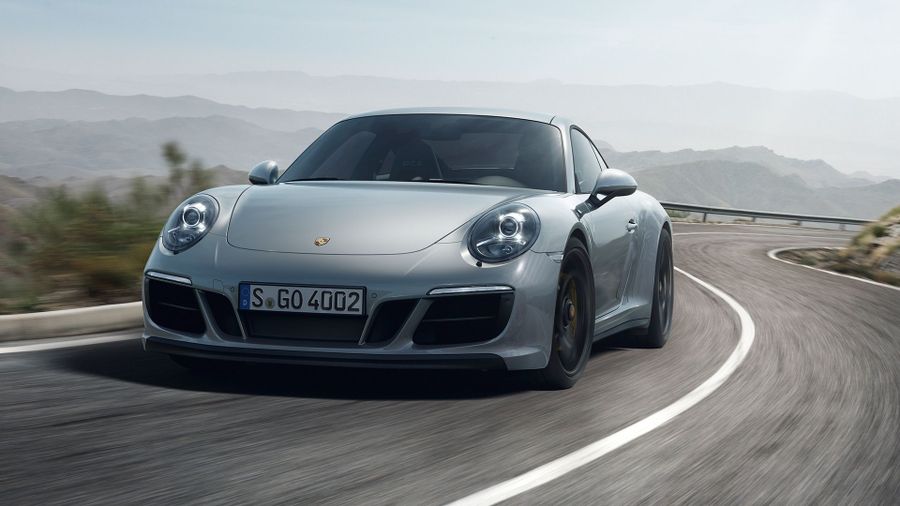