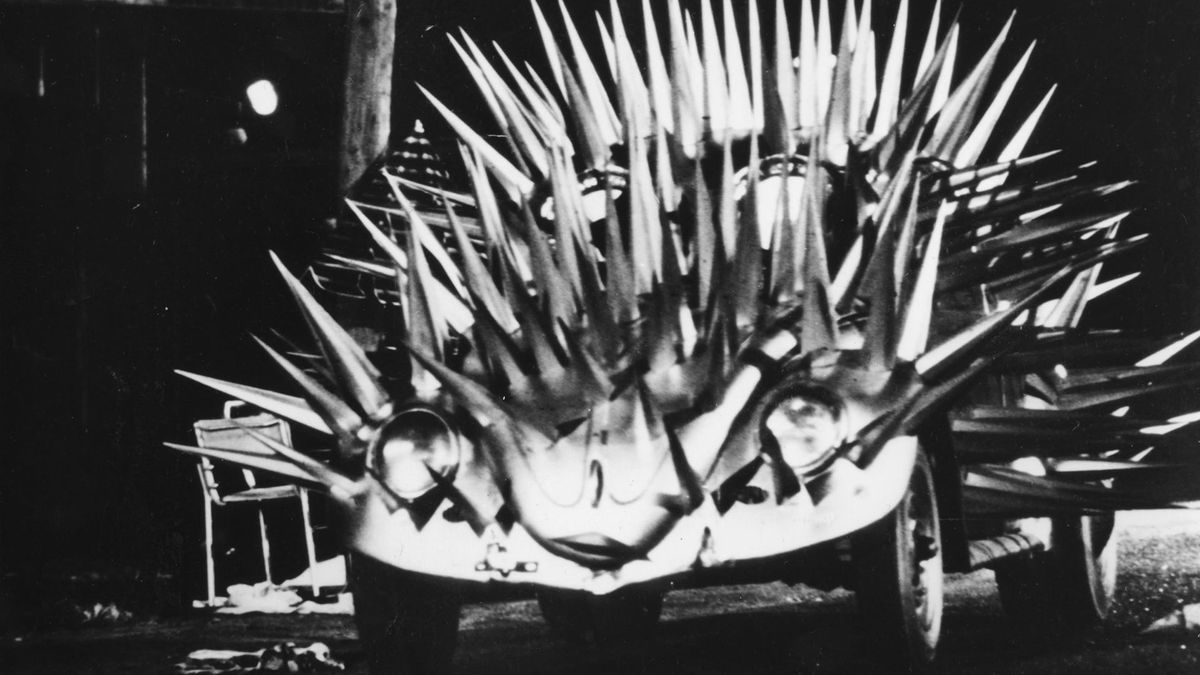 First published: 24th October 2018
Share on Facebook on Twitter
Come Halloween, everyone’s attention naturally turns to matters horrific and frightening. Here at Auto Trader, we’re not content to leave you with tattered capes and carved pumpkins. Instead, if you want to be properly scared, cast your eyes over our five favourite car-related frights from the movies.

Hmm, thinking about it, maybe ‘favourite’ isn’t quite the right word… 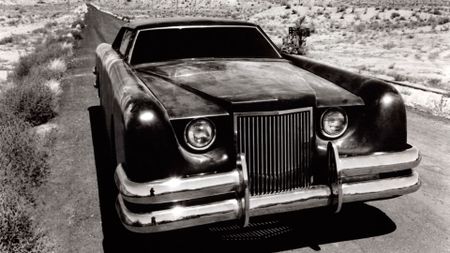 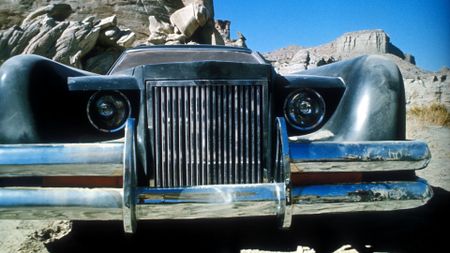 View gallery
The Car
‘Is it a phantom, a demon or the devil himself?’ screamed the poster advertising this 1977 film, starring James Brolin and a truly menacing Lincoln Continental that had been customised to within an inch of its life. It seemed like a fair question, given that Anton LaVey, leader of the Church of Satan, was listed as a ‘Technical Adviser’ in the credits.

The action centres on a murderous rampage carried out by ‘The Car’, in which everyone from cyclists to a hitchhiker, police officers and a school marching band are targeted. Mysteriously, the car appears to have no driver and no door handles, and won’t enter a cemetery or show a mark when bullets hit it.

In true film fashion, there’s even a cliffhanger ending, with the audience left wondering whether the car survived a huge explosion designed to destroy it.

Sadly, the critics panned the film mercilessly, so the sequel that might have answered that question was never made. 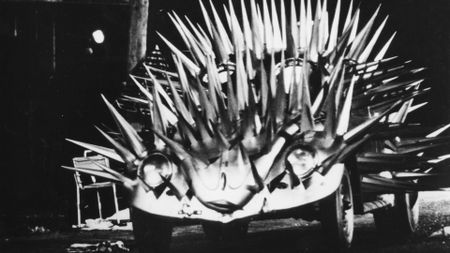 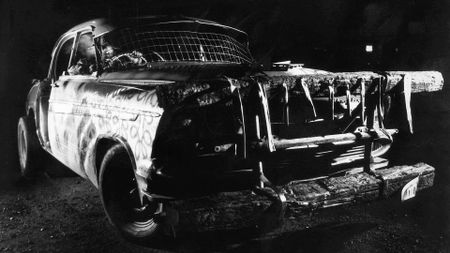 View gallery
The cars that ate Paris
Peter Weir may have gone on to fame, fortune and Oscar nominations as the director of films such as ‘Dead Poets Society’, ‘The Truman Show’ and ‘Master and Commander’, but his first feature film was a very different affair.

As you can perhaps tell by the title, his 1974 film ‘The Cars that Ate Paris’ was a horror comedy film, although the Paris in question is a fictional Australian town, rather than the capital of France. To make matters worse, the traffic on the streets of this Aussie backwater turns out to be even more frightening than in its European namesake.

Here, the local inhabitants organise car accidents for people driving through the town, using the survivors for medical experiments and modifying the crashed cars into truly hideous machines that the local youths use to terrorise the town and its inhabitants.

At the climax of the film, what is supposed to be a fancy dress ball is turned into a bloodbath by the feuding youths, before those fortunate enough to survive the killing escape the town under cover of darkness. 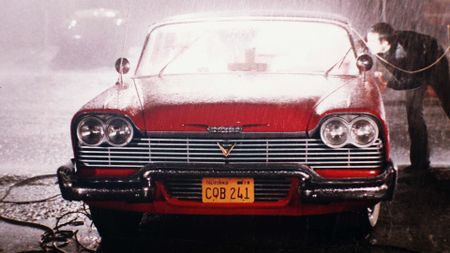 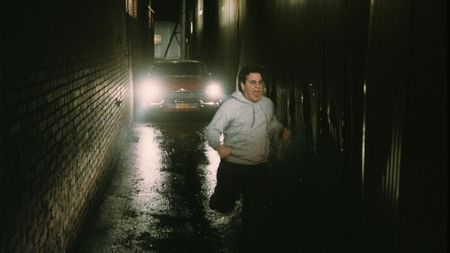 View gallery
Christine
Based on the Stephen King novel of the same name, ‘Christine’ follows the story of perhaps the world's most frightening automobile: an apparently sentient and violent Plymouth Fury (although some of the scenes were shot with heavily made-up Belvederes), which gave a clear statement of intent by injuring one man and killing another on the production line.

Years later, the car is bought by nerdy teen Arnie, who changes hugely as a person while he restores the car. Under his ownership, the car is at the centre of a series of deaths and near-deaths, which the car itself appears to be responsible for. It also seems to be able to recover instantaneously from any damage.

Eventually, people work out what is going on, and attempt to destroy the car once and for all. In the ensuing struggle, Arnie is killed and the car is crushed in a scrapyard.

Or, is it? The final shot in the film is the crushed cube starting to straighten itself out again… 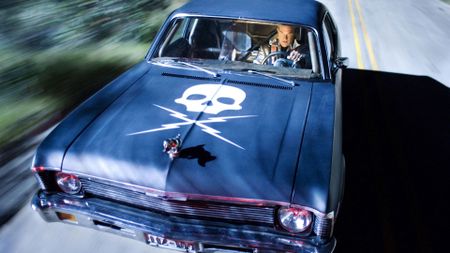 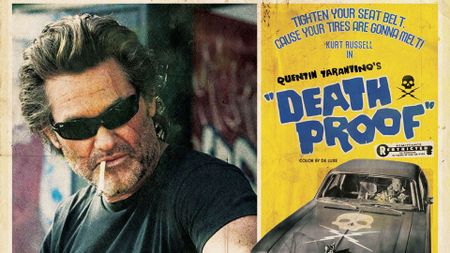 View gallery
Grindhouse
‘Grindhouse’ is actually made up of two films, but it’s the Quentin Tarantino-directed ‘Death Proof’ that gets our spines tingling. In the 2007 film, Kurt Russell plays a stuntman-cum-serial killer, who stalks and murders women in his stunt car, which is – charmingly – decorated with a skull on the bonnet and which he claims is death-proof.

The first action takes place in Austin, Texas, where he stalks and goes on to kill three friends in town to celebrate a birthday. Then, fourteen months later, the stuntman is up to his old tricks again, attempting to stalk and kill three other young women. Eventually, he meets his match in stuntwoman Zoe Bell, but not before some genuinely scary scenes. 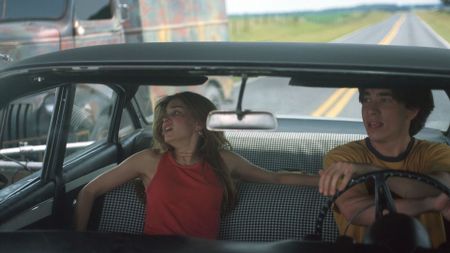 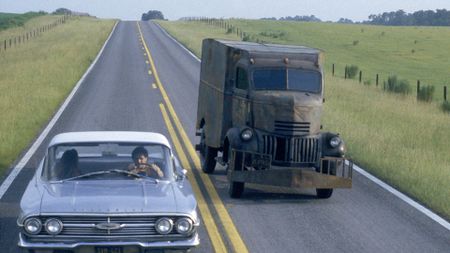 At the start of the film, it tries to run a brother and sister off the road, while they are returning home from college. It fails, but when they catch up with it again later outside an old church, it tries to run them off the road for a second time. They escape again, but after being warned they are in danger, they are given a police escort, only for the driver to track and kill the police.

We’ll spare you the details of the rest of the film, as they are truly horrific – but perhaps not quite as frightening as that rusty old truck appears in the rear view mirror…
Other articles related to Lifestyle Hub
Show more related articles Show fewer related articles 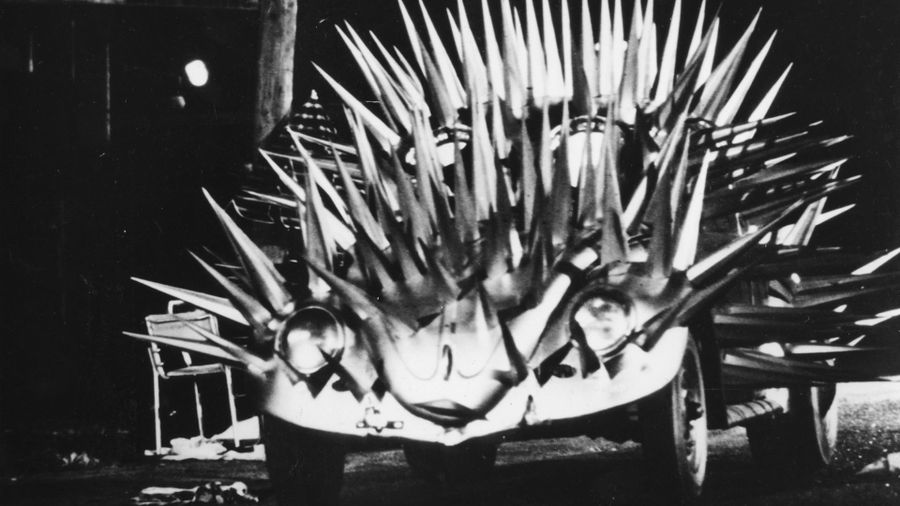